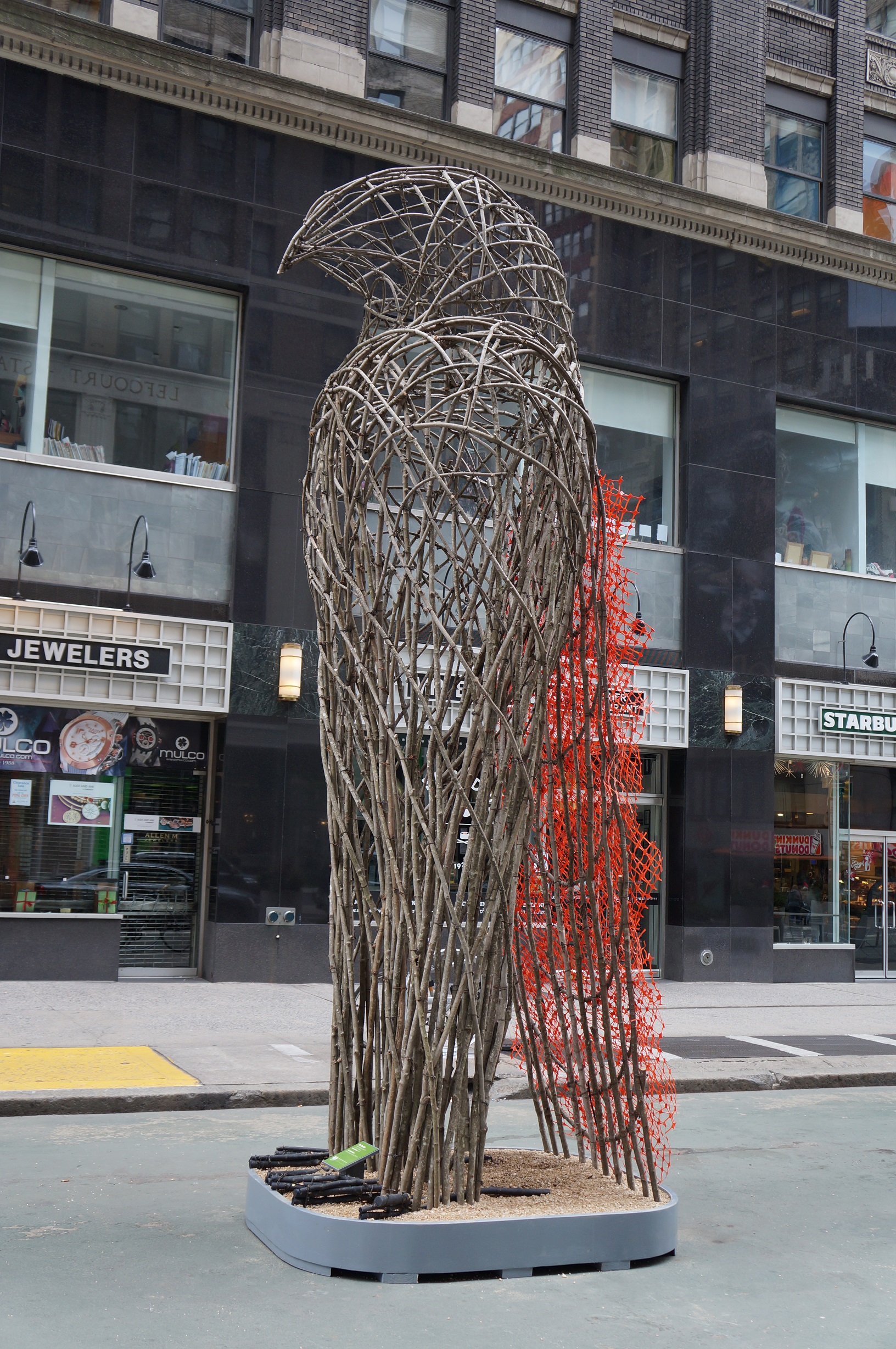 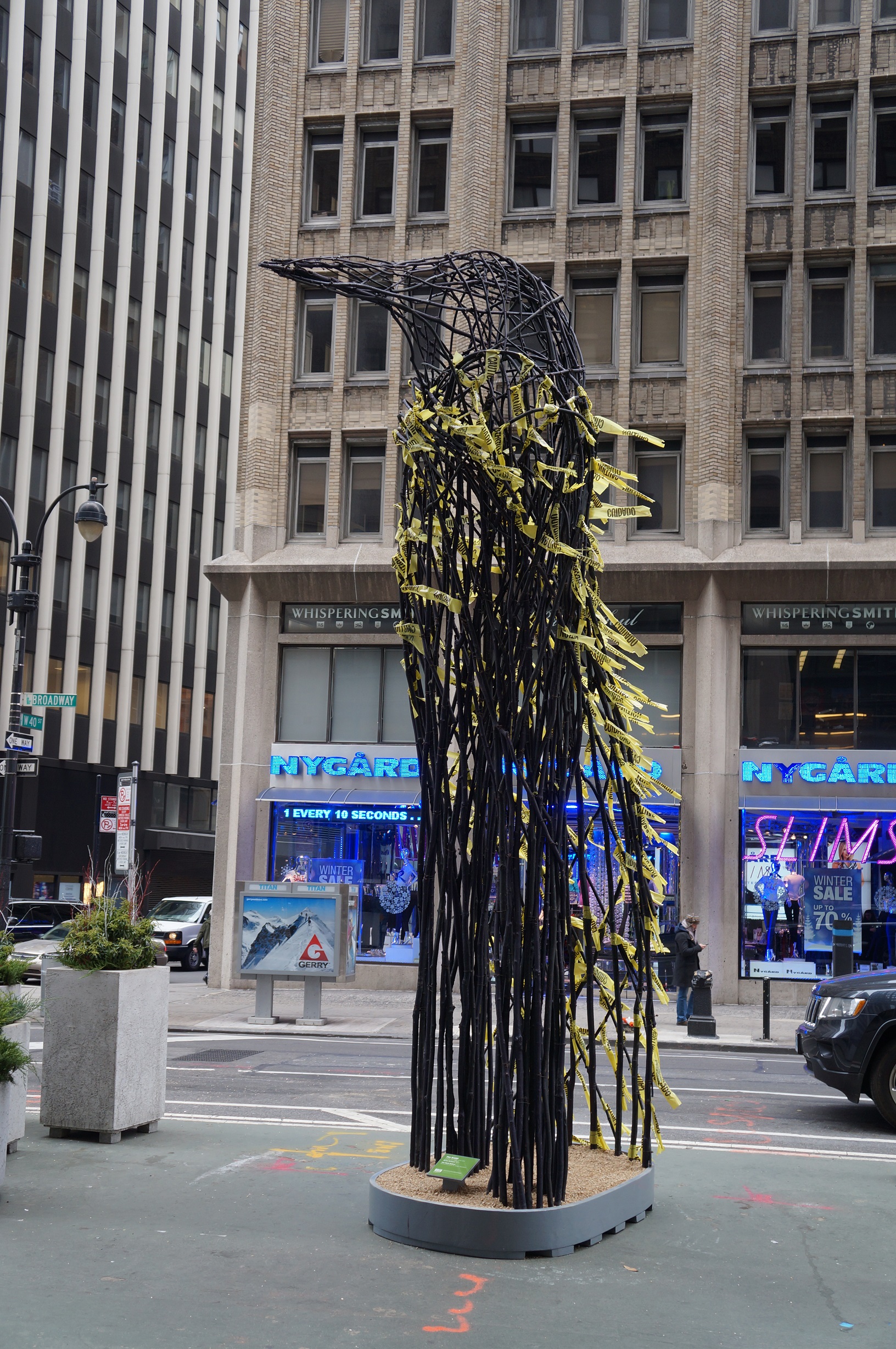 The Avian Avatars engage five blocks of Broadway in NYC’s iconic Garment District. Over 25' tall they are made from saplings and repurposed discards.
Surprisingly their spacious transparent structure has real presence in the stark cityscape of Broadway in deep winter. They occupy a vacancy that during warmer months is usually abustle with food trucks and tourists. Each Avatar is adorned with the castoff debris of the abundant world they live in. Ever present winter breezes activate a kinetic aura of mixed media, drawing attention and interest. They are in New York City for 4 months then migrate this spring.

The Garment District Alliance is charged with the task of branding and distinguishing the historic fashion blocks of New York City. Siting monumental temporary sculptures by internationally known artists has created a public persona for the area that exactly suits the purpose of the organization. The Avian Avatars by The Myth Makers are perhaps the most unusual and daring of installations to date. The winter placement and the unique nature of the materials, both the saplings and the trash attached, have combined to arouse real conversation and press notice. The artist’s attached titles and “myths” that go with each Avatar provoke a response from the viewing public. Red Tailed Hawk lovers and Crow fans find the “Realist” and the “Scold” to be their favorite public sculpture, and the plastic bag scorners find the cape of the “Great Spirit” a puzzle of delight and aversion. The art in this project IS the project.

Donna Dodson and Andy Moerlein have notable independent exhibition careers, but often in large public projects they collaborate as The Myth Makers. The efficiency of two principal artists plus the opportunity for dynamic synergy really was necessary for this particular project. The scale and the pace of construction, from proposal stage to installation required unusual and trusting collaboration.

Save That Stuff, one of the oldest recycling companies in Boston, provided in-kind support of warehouse space, forklifts, and social media promotion. The working recycling factory, full of cast off and recycled materials, was a great place for incubating the social message the Myth Makers were generating for their Avatars. Unexpected treasures like a crate full of golf clubs became a ripe symbol of the ample “Tourist.”

Since the beginning of human history cultures have identified birds as transformational. Their seasonal plumage has signaled migration and foretold impending weather events. The Phoenix, Garuda, Horus, Ra, Thunderbird and angel iconography all address transcendence and rebirth. The garment district in New York City is known as a trendsetting fashion center. It is a where people gather to imagine a new self. Both ancient money and newly rich share the streets seeking a plumage that reinvents their place in the world. Five symbolic birds have flocked along the Garment District to consider our changing world. Each has something to say.