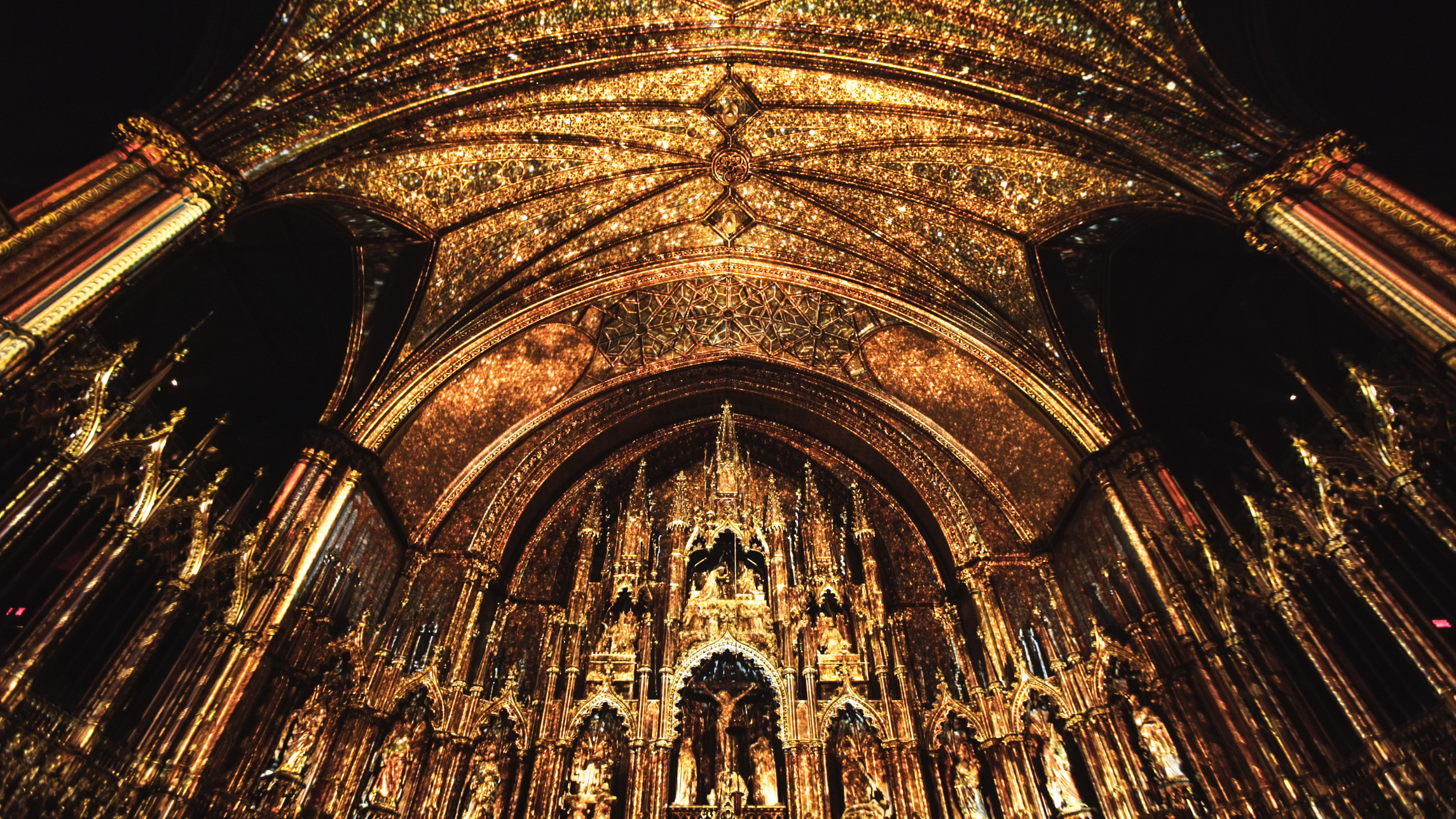 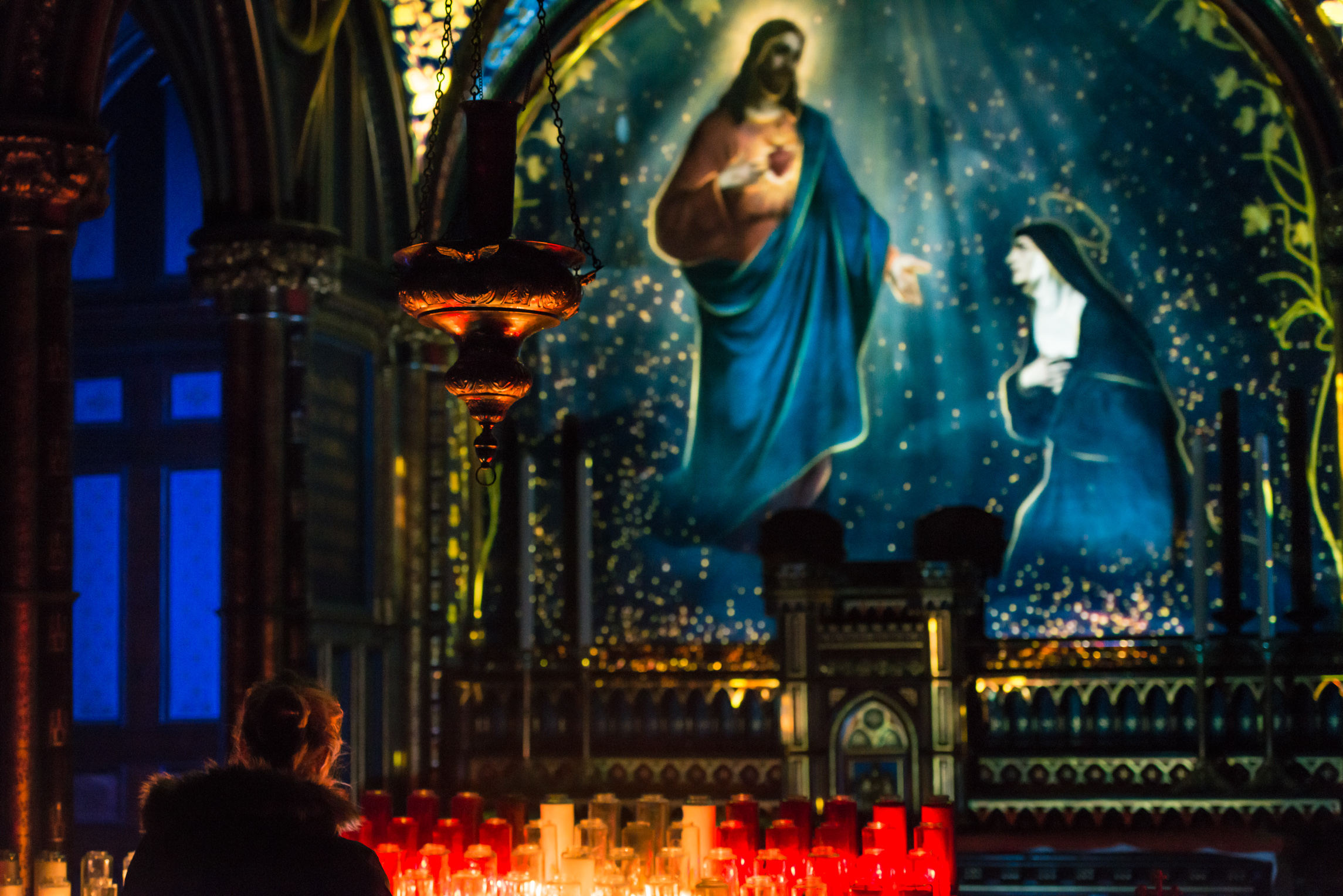 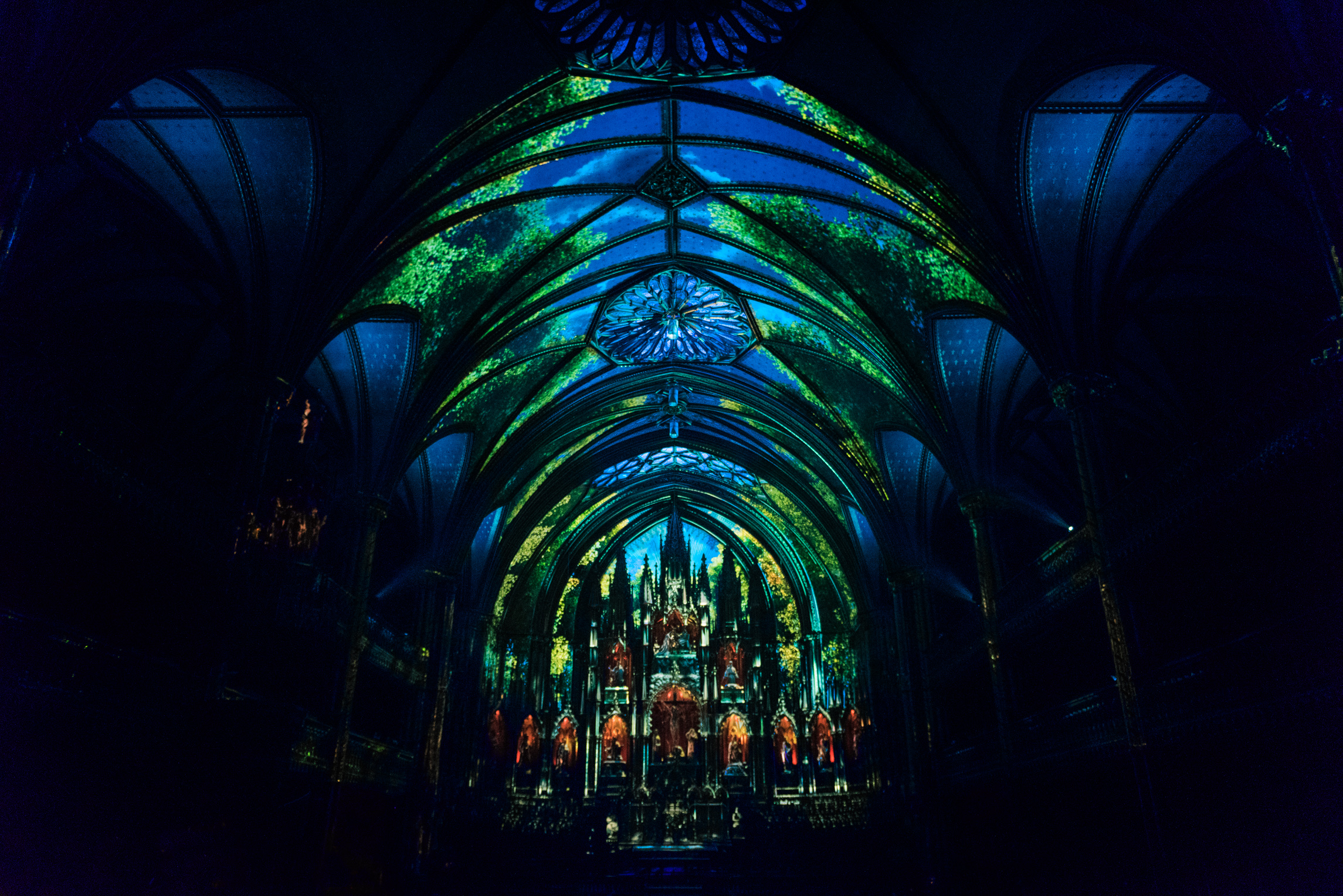 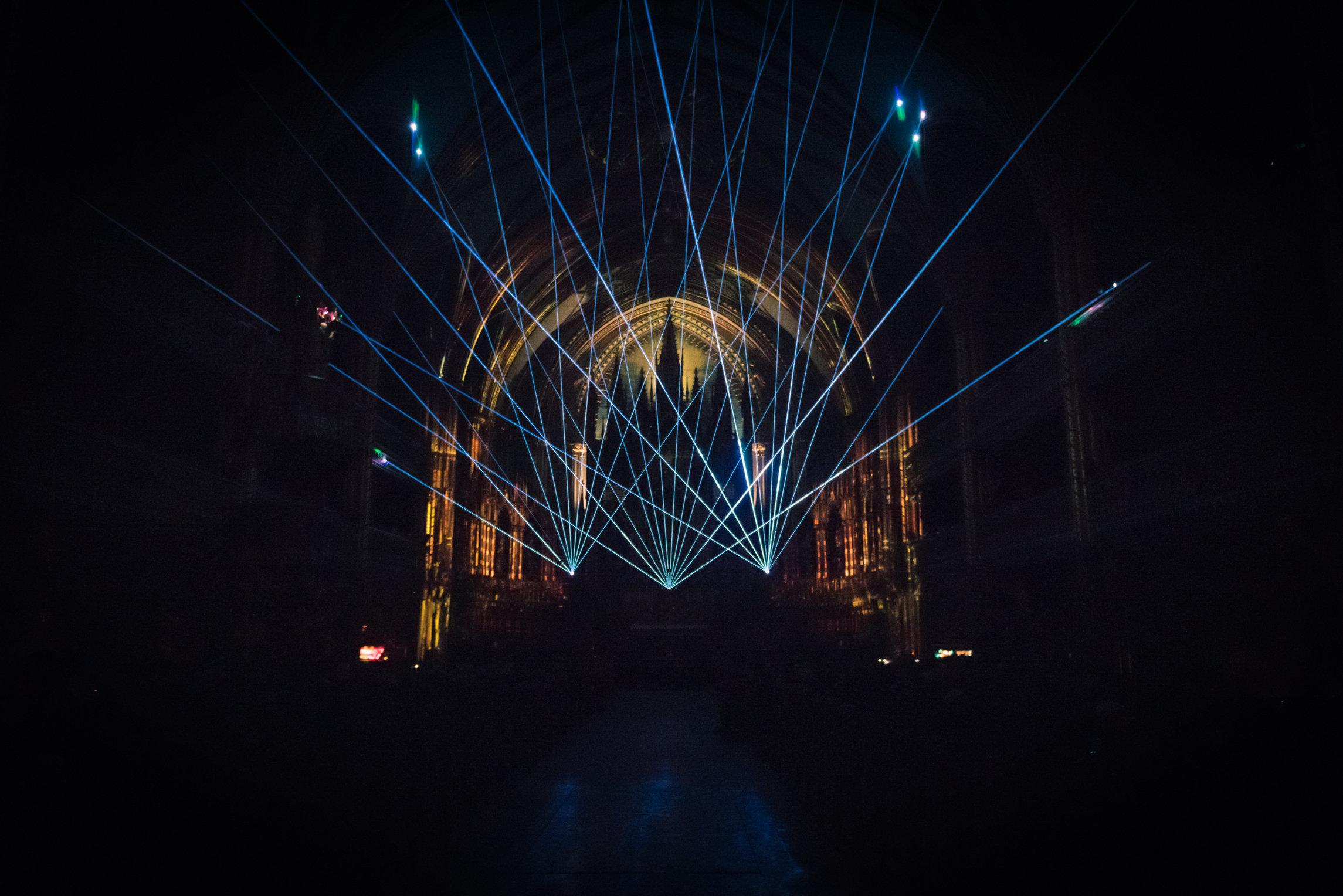 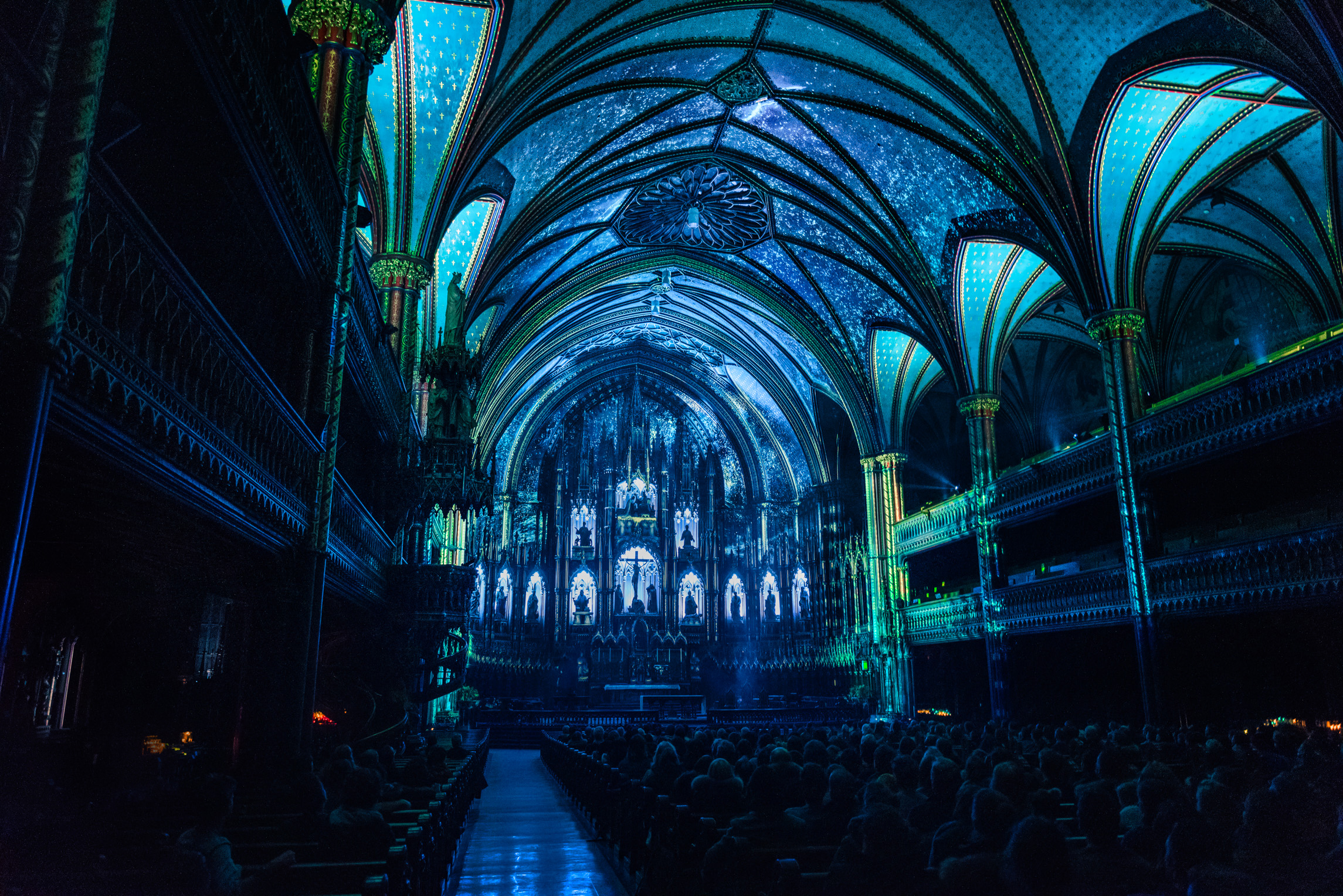 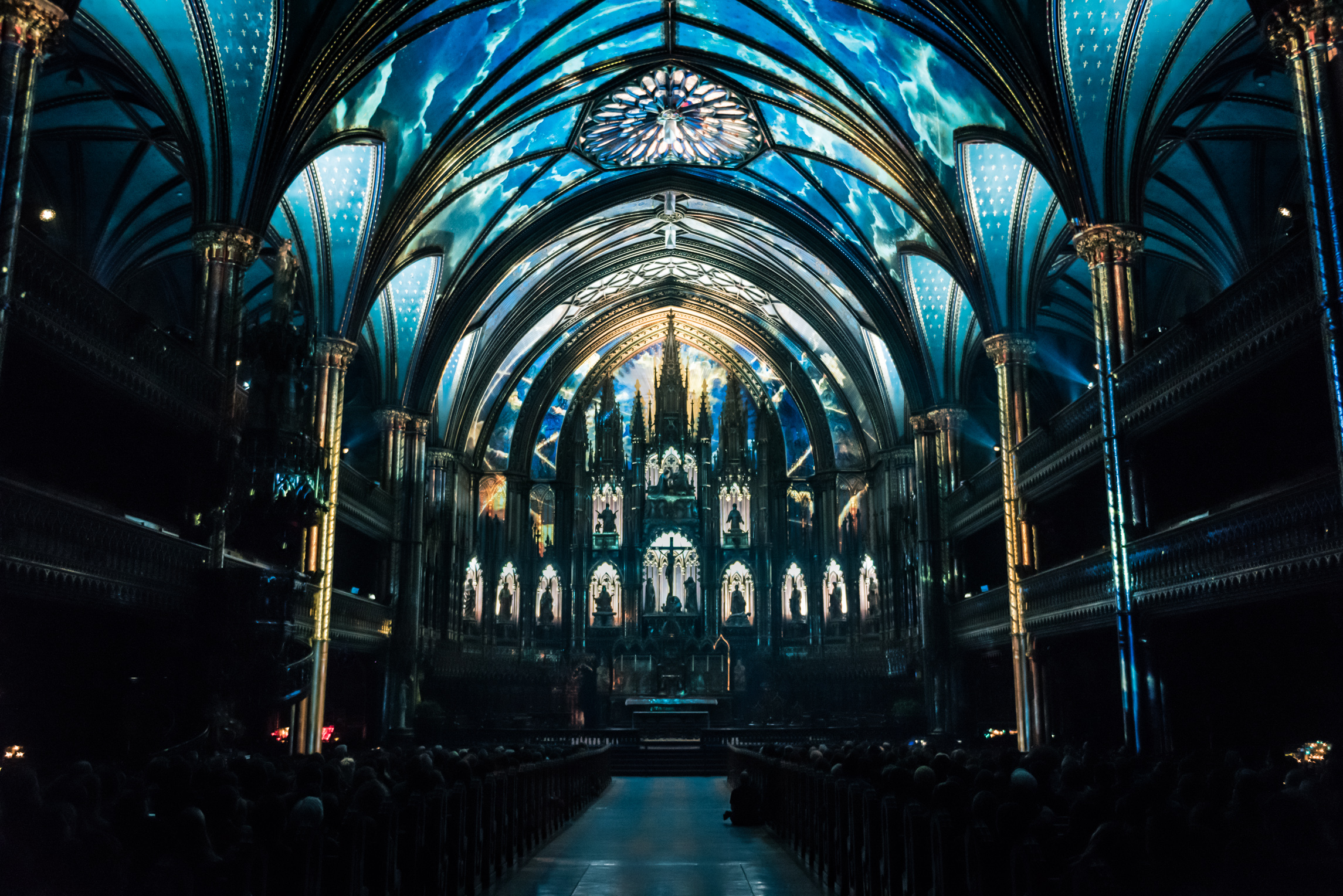 AURA is among the most ambitious Moment Factory projection mapping projects to date. It is a 45 minute immersive projection mapping experience in Montreal’s historic Notre Dame Basilica, set to a rousing spatialized orchestral soundtrack.

Aura was born out of a desire to bring Montreal’s Notre Dame Basilica to life in a totally new way. As part of Montreal’s 375th anniversary celebrations, the goal was to highlight the astounding intricacy and beauty of the Basilica’s architecture and artworks with the latest in projection mapping technology, while also framing it as a living, dynamic part of Montreal’s heritage and spirituality.

The success of the entire project rested on the perfect integration of the projection mapping with the interior architecture and space. A sophisticated, custom-built mapping system was used to facilitate the creation of video content perfectly matching the structure of the Basilica’s interior architecture. This allowed the seamless integration of the projected video content into every ornate detail of the architecture. What’s more, given the vibrant colour palette of the interior, the projection mapping content colours had to be carefully adjusted to have an additive effect with the existing colours of the space. In every sense, the mapping content had to be perfectly integrated with the interior in order to create the visual illusion of a spiritually dynamic and transforming space.

The creative process for Aura involved a productive dialog between the Moment Factory team and the Fabrique de la Paroisse Notre-Dame (managers of the Basilica). After an intense research phase, the creative and design team began a painstaking process of creating an enormous, animated layer of digital visual content for the Basilica’s historic interior. A 3D scan of the Basilica was commissioned and created, resulting in a complex 3D mapping canvas within which the artists and designers worked.

Over the course of the creative process—which began in 2015—over 100 people worked in close collaboration. Four intense months of visual content production, a year of music composition and recording (with 30 musicians and a 20 member choir), 1.5 months of installation and an entire month of content integration and testing were required to make this project a reality.