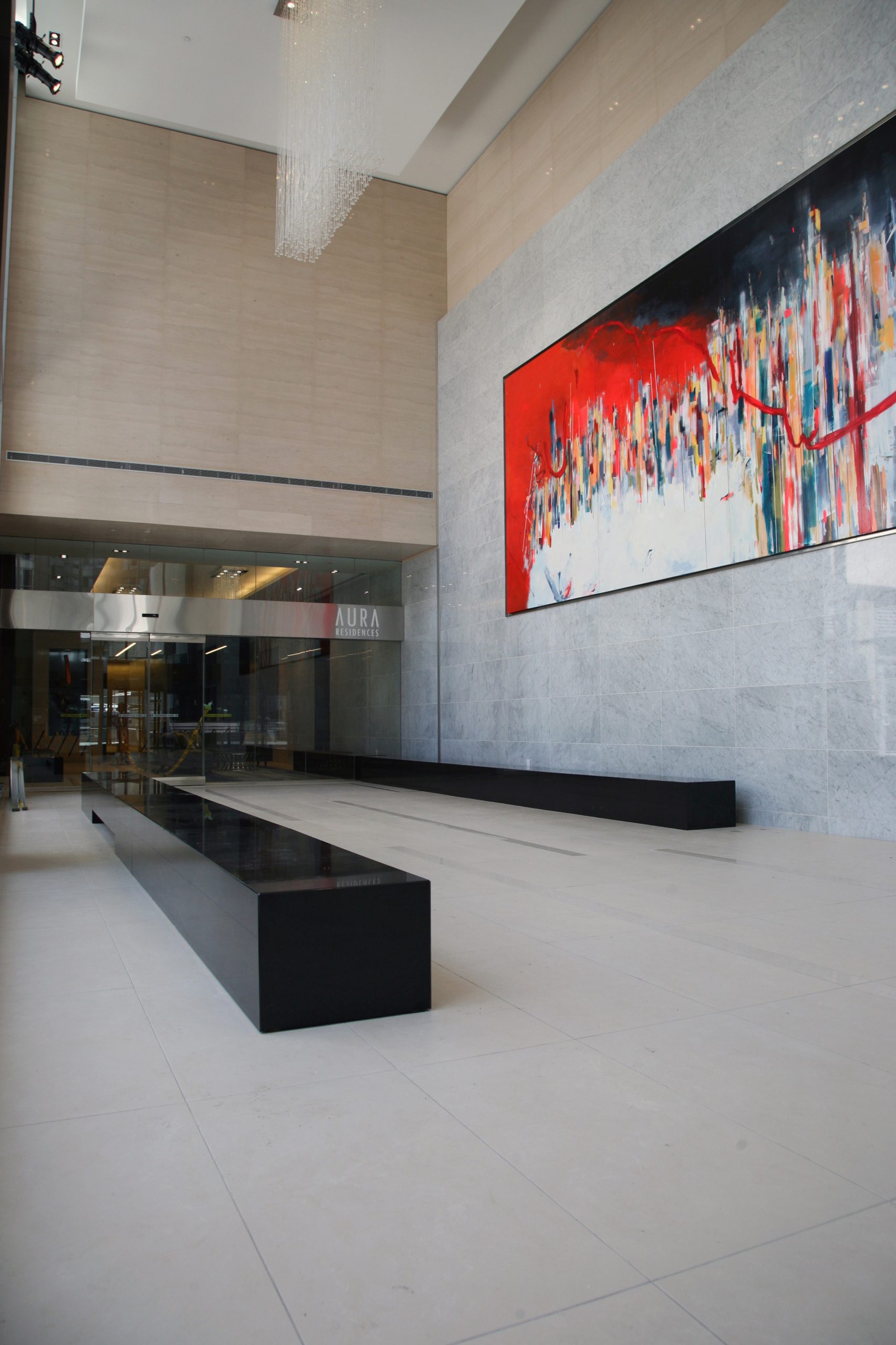 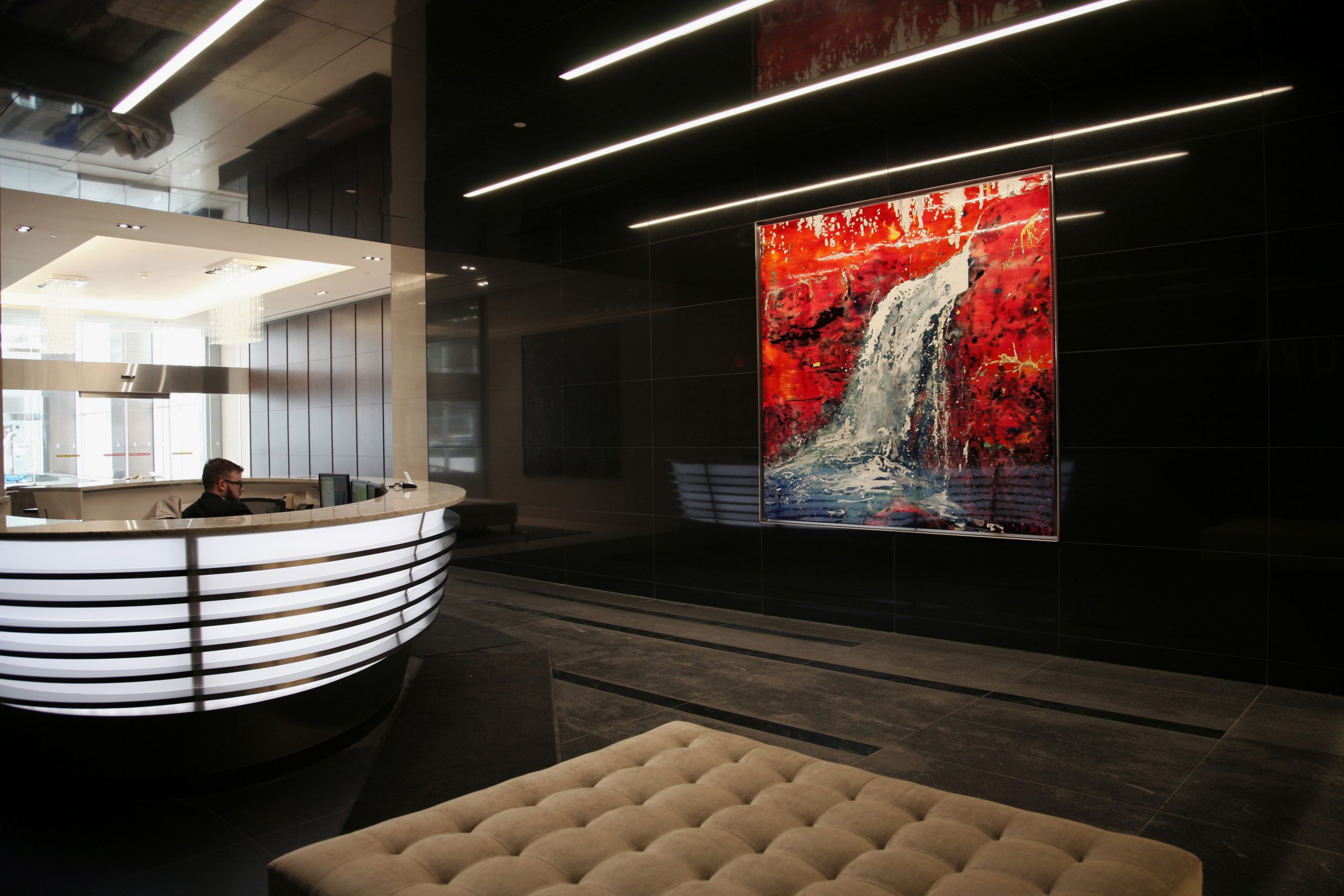 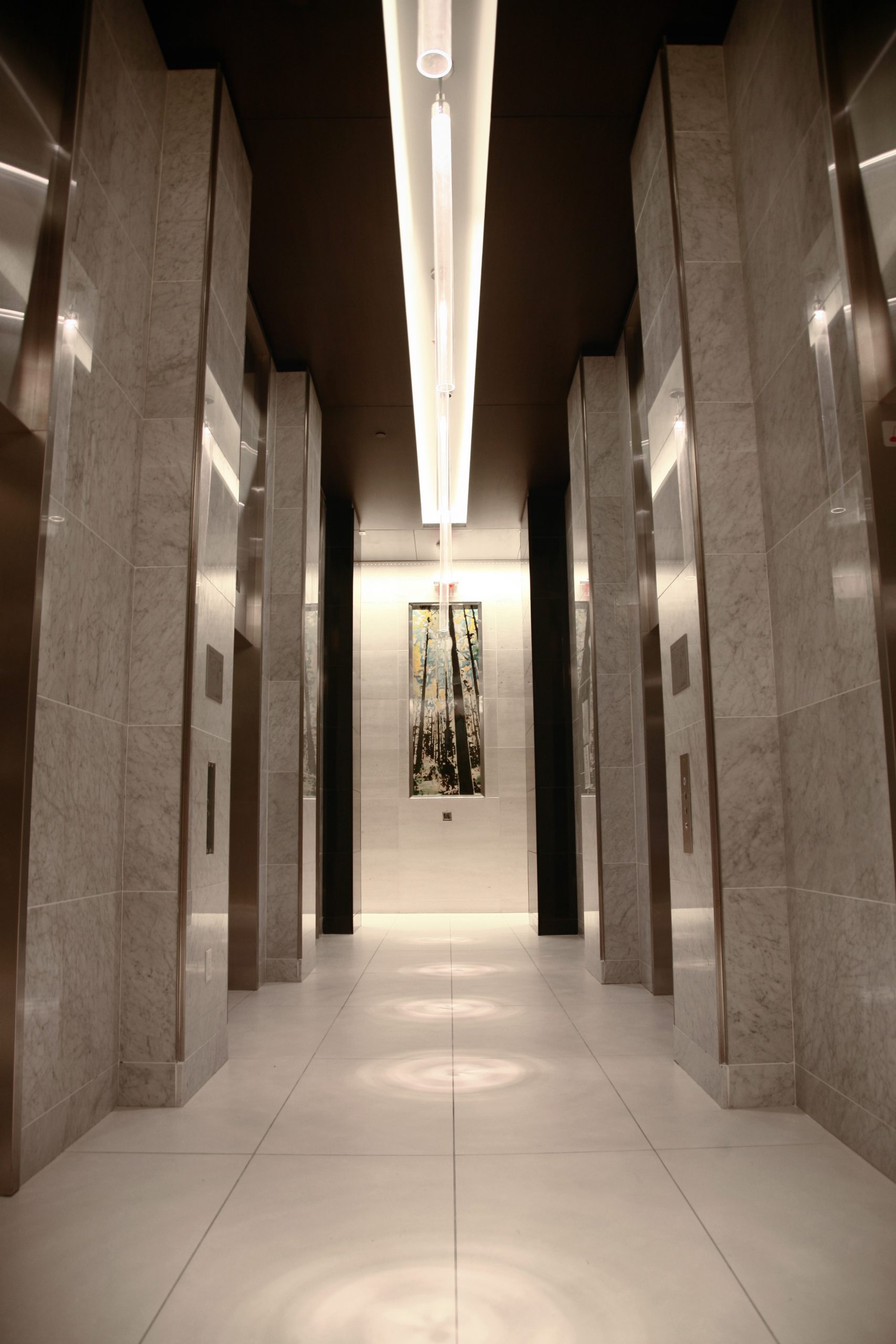 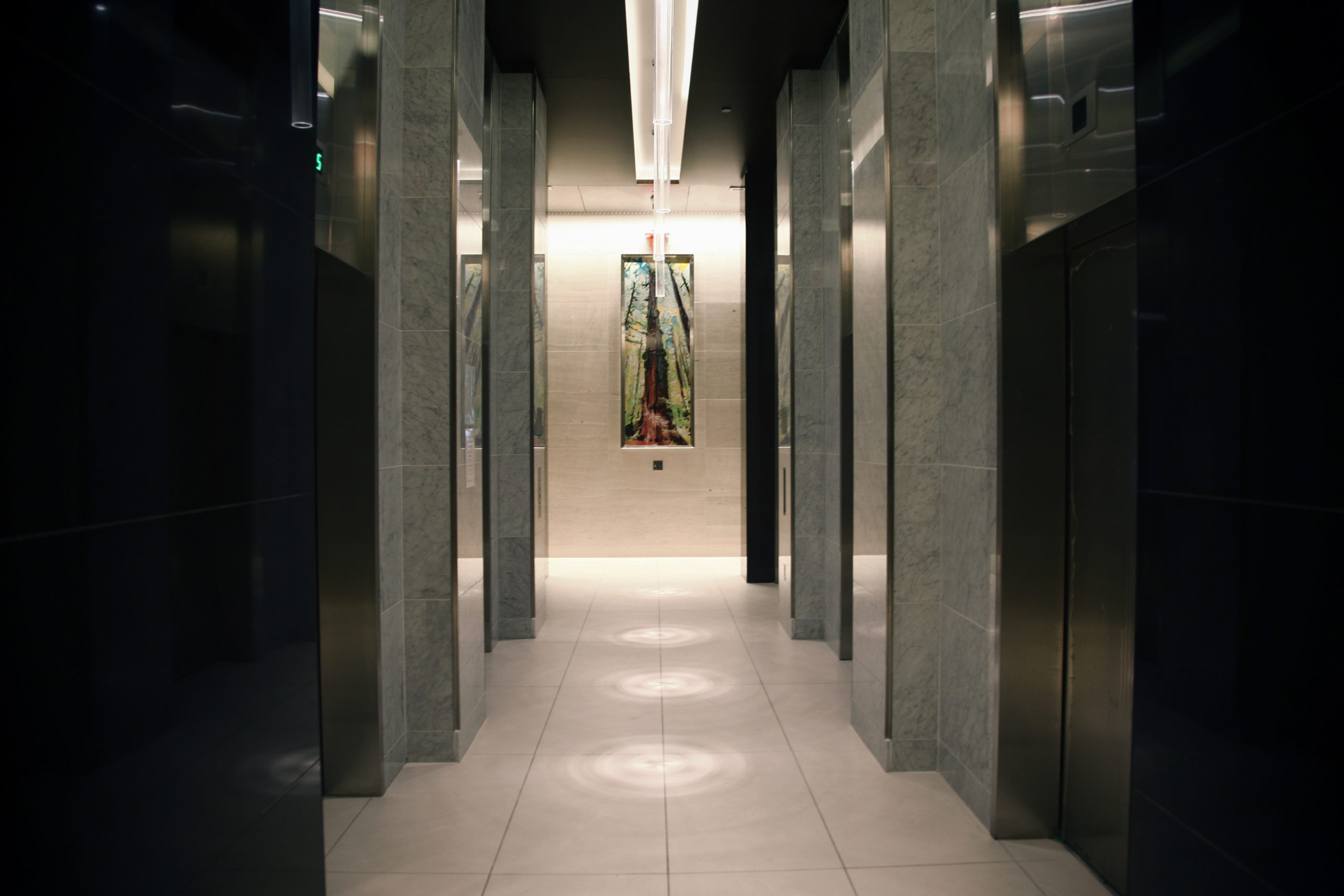 The residential entry, a glazed gallery space 12m in height, is finished in materials that extend the exterior into the lobby, lounge and elevator core, and creates a memorable arrival experience for the residents, as well as a ‘jewel box’ viewed from the Park. This space showcases original paintings and sculptures created by Canadian Artists, commissioned specifically for Aura.

The commissioned art component of Aura strongly set the tone for the overall architectural and interior design concept and significance of the building itself. We wanted to create a gallery that could be appreciated at a city scale as well as create a clear point of entry for the residents. The large scale of the residential gallery entrance is conducive to the park adjacent to the building, and the gallery acts as means to blur the line between interior and exterior, while sharing the commissioned art with passersby, the public and private events. Encouraging the importance of art in the city, the Aura “gallery” and commissioned art redefines the neighborhood, by providing a new artfully intriguing, urban energy.

We first determined the size and location for the artwork. It was important that the artwork would be arranged in a format that would benefit the public as well as residents. First we had a call for submission which encouraged artists to create work that would reflect the structures motif. This led to the choice of the style and mediums best suited for Aura. This also determined which artists would be commissioned. Each artist was invited to create a piece that reflected the chosen style and express their interpretation in a way that would best embody the ambiance of Aura.

The composition in the front lobby/gallery area was to reflect the city and blending of the spaces. The other paintings found throughout the lobby are meant to capture the essence of the structure, while also playing on integral facts of the construction. For example, the two images found on either side of the elevator back are titled and placed in accordance with "Dawn" and "Dusk".

All art pieces had strong consideration of the space, and we as the designers had to work collaboratively with the artists to make each element unite harmoniously.

The artwork commissioned was a driving force for the Interior Design of Aura, as it extended beyond the boundaries of the perimeter to act as a civic gesture. It provided opportunity for local artists to share and become part of a beacon of change in their neighbourhood. We truly believe integration of commissioned, local artwork in a landmark residential building, such as Aura, encourages positive social growth in the downtown Toronto core, and enables artists to become part of designing the urban city in which they live.