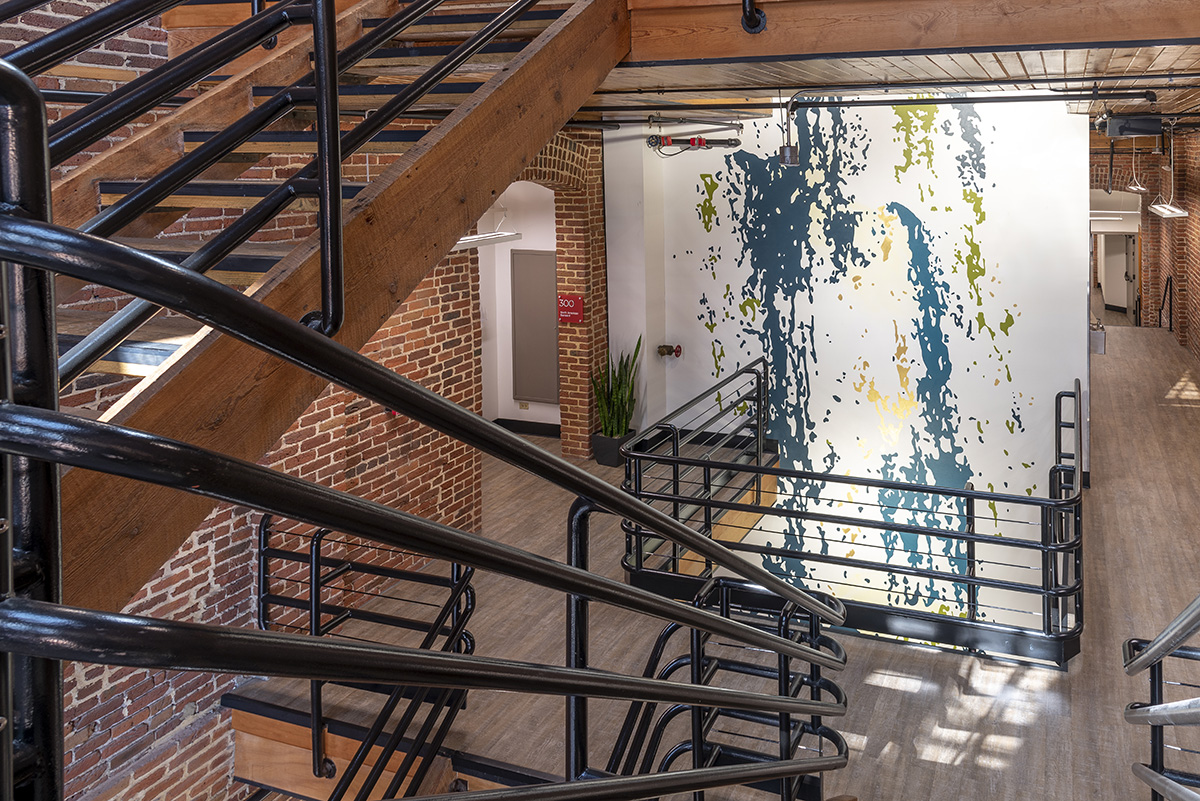 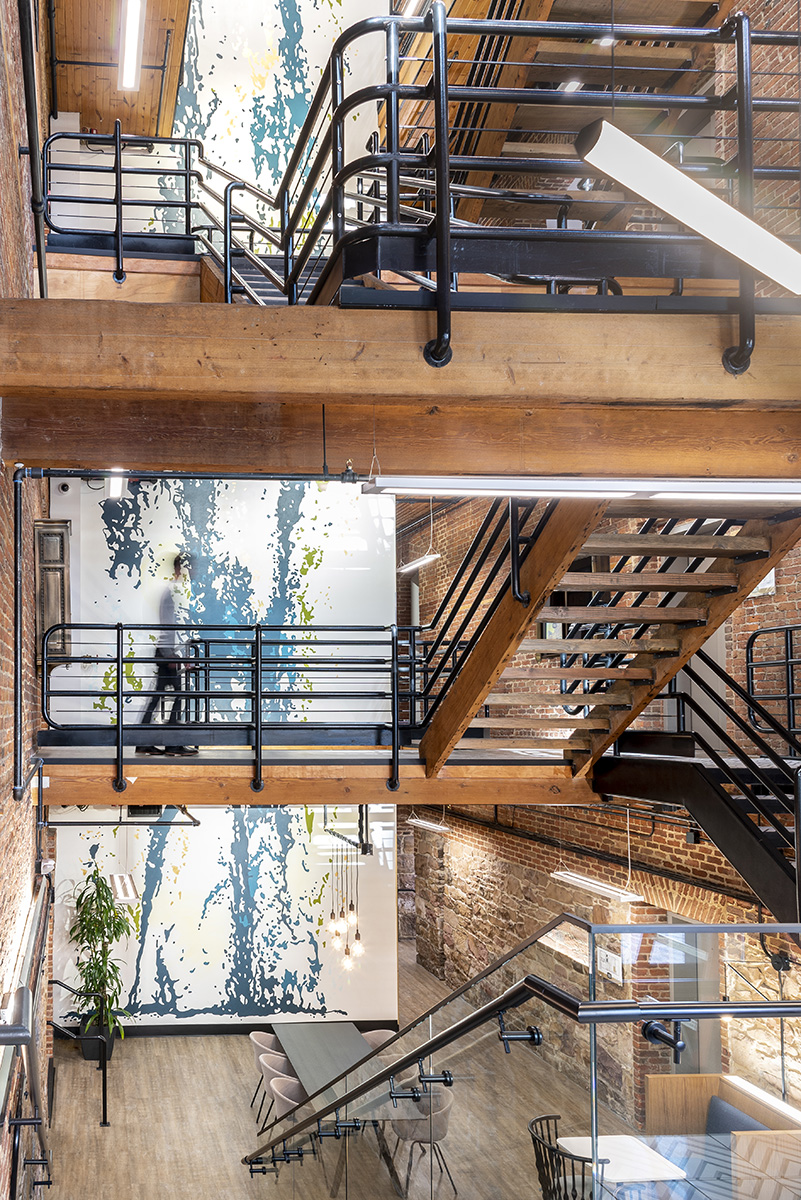 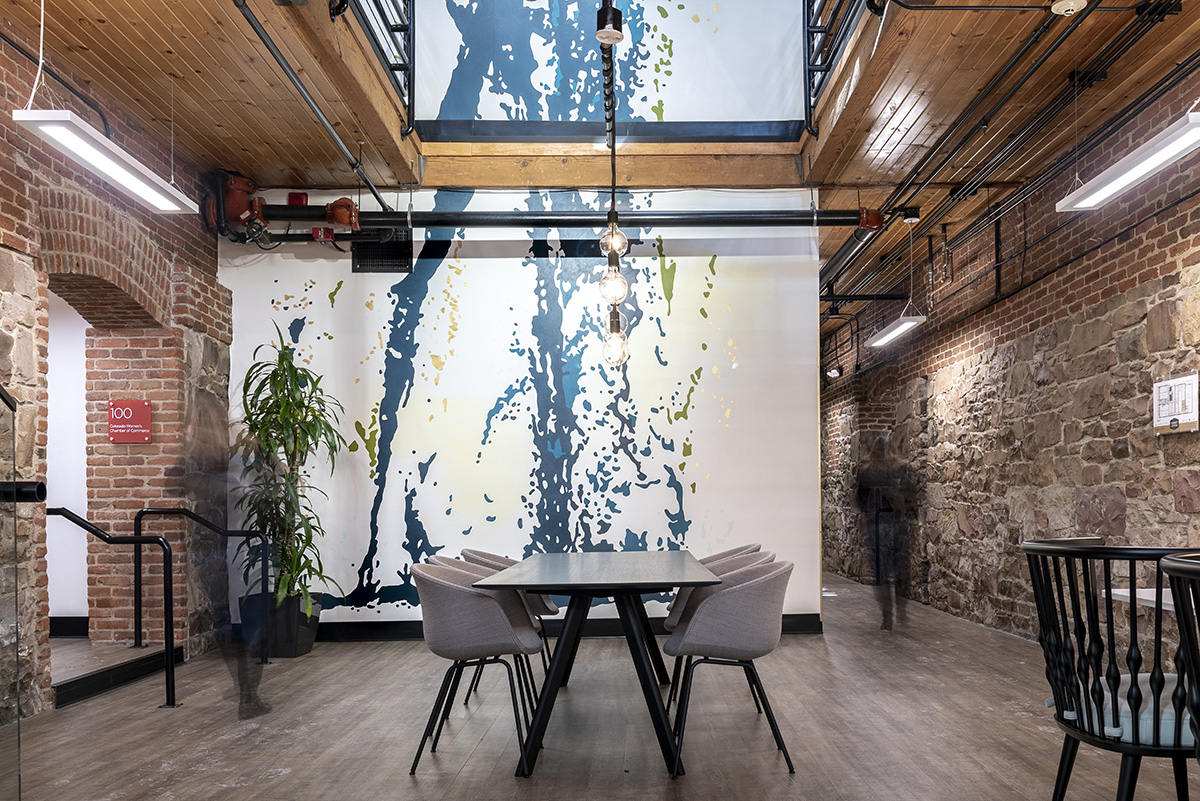 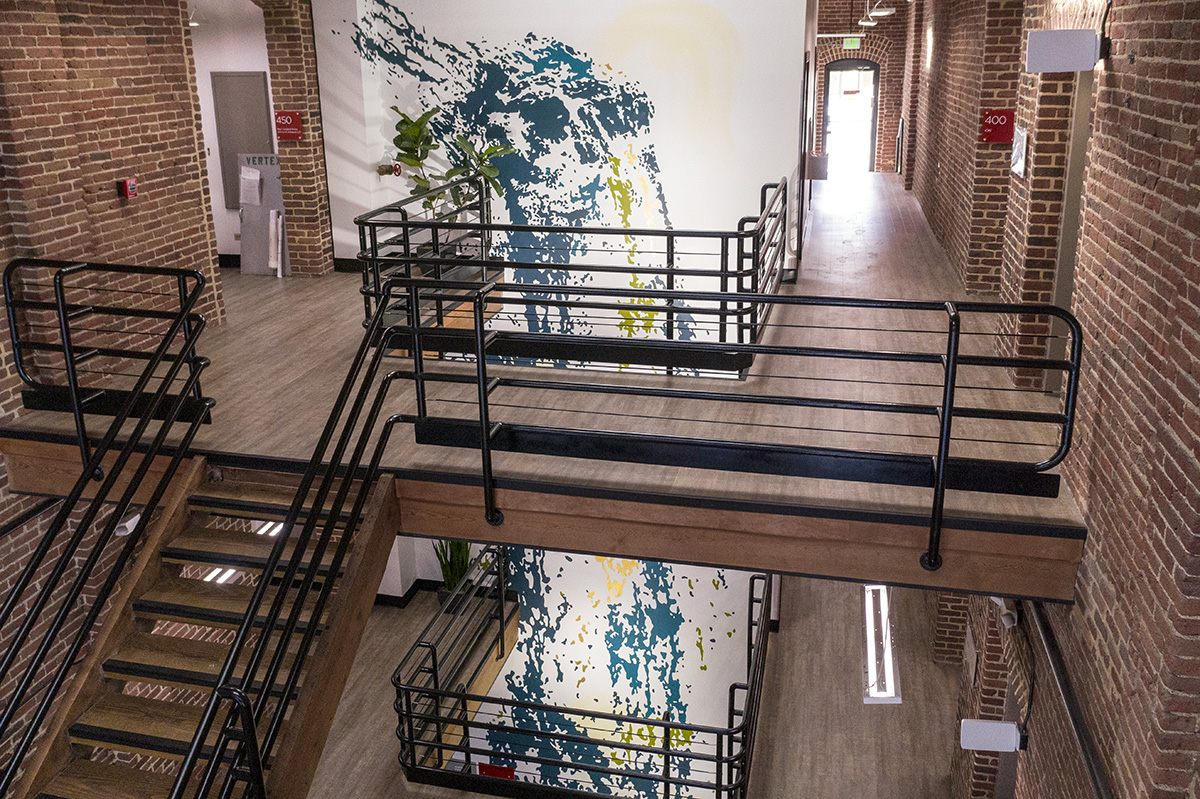 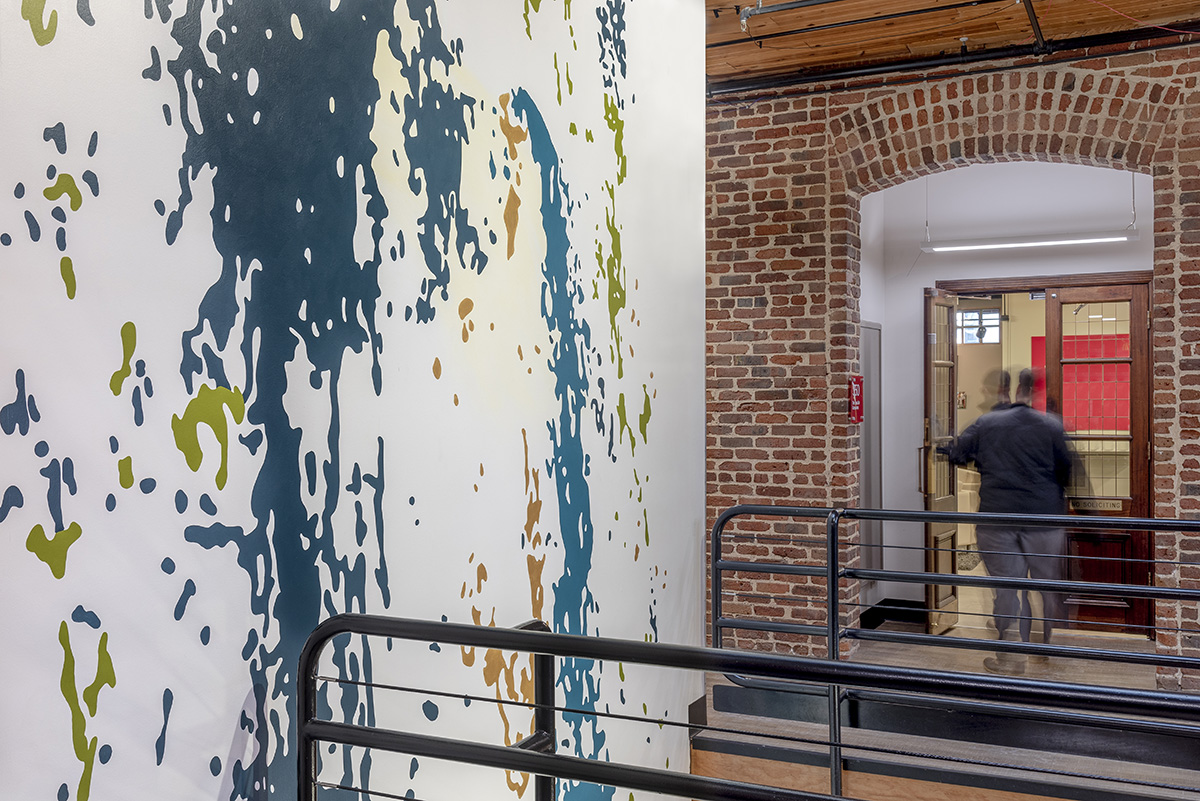 Commissioned by Nine Dot Arts for the Market Center building in Denver, this piece is based on images of Seven Falls in Colorado Springs. The piece responds to the architecture of the space to create one continuous image that spills across five floors of the interior of the building, a total of 68 vertical feet. Like the waterfall it refers to, the viewer can climb the stairs through the space to gain multiple vantage points on the piece.

The goal for the piece was to activate the continuous wall within the stairwell and lobby of the Market Center, an historic building in downtown Denver that houses office space and street facing retail. A mural was an opportunity to showcase the scale of the wall and the airy, lofty space of the building.

The Urban Renaissance Group hired Powers Brown Architecture to create a renovation plan for the Market Center building, originally built in 1890. The renovation included a new entry canopy and adding stairs to the lower level to create a new communal lobby. These changes increased the visibility of the central staircase and the mural wall. I was asked to create a proposal that activated the wall and responded to the nature of the space, including balcony viewpoints on each floor. The installation took place over the course of 3 weeks during which I and my three assistants hand-painted the mural in latex paint, using custom scaffolding that covered the space at each of the balconies.