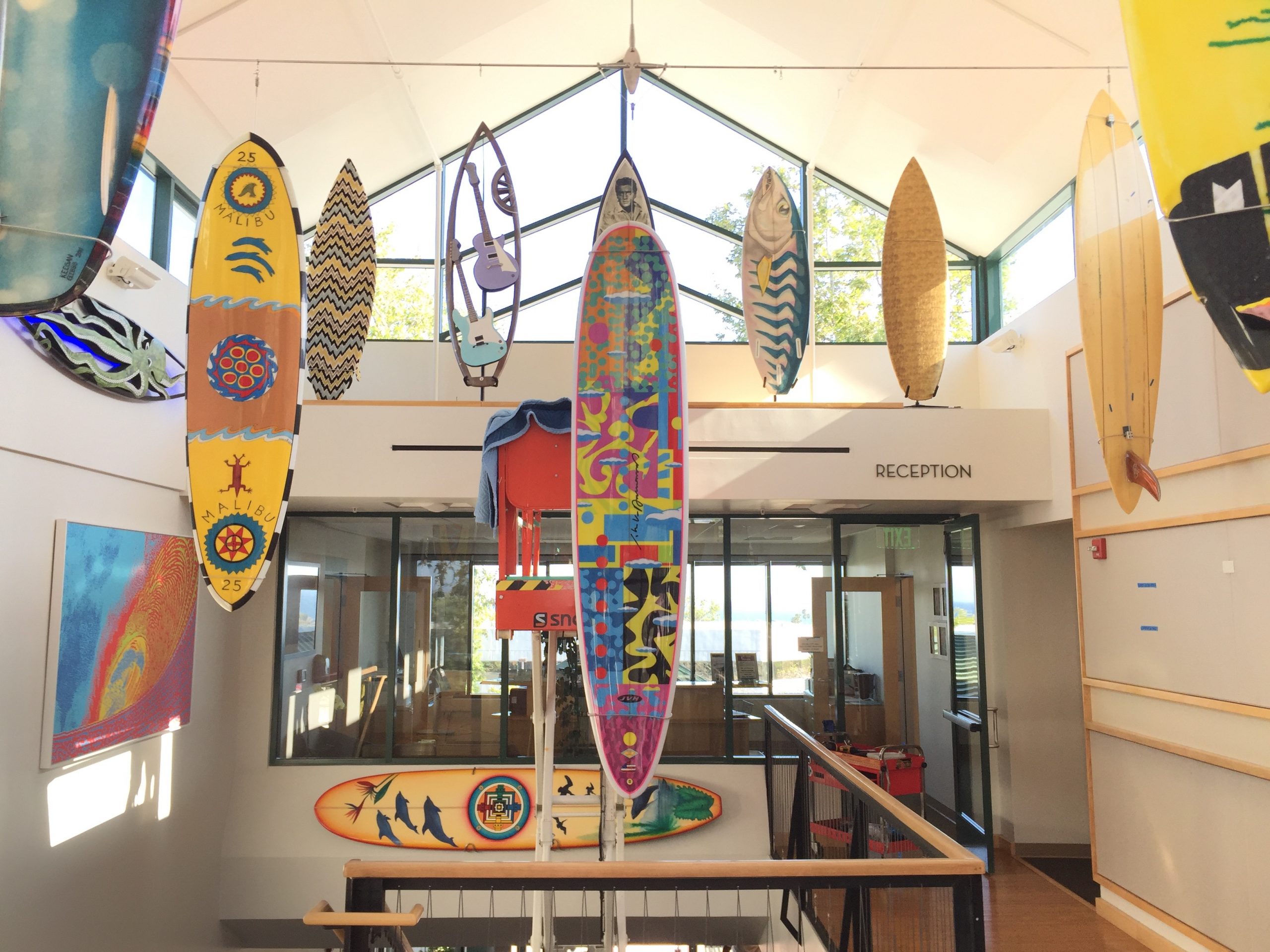 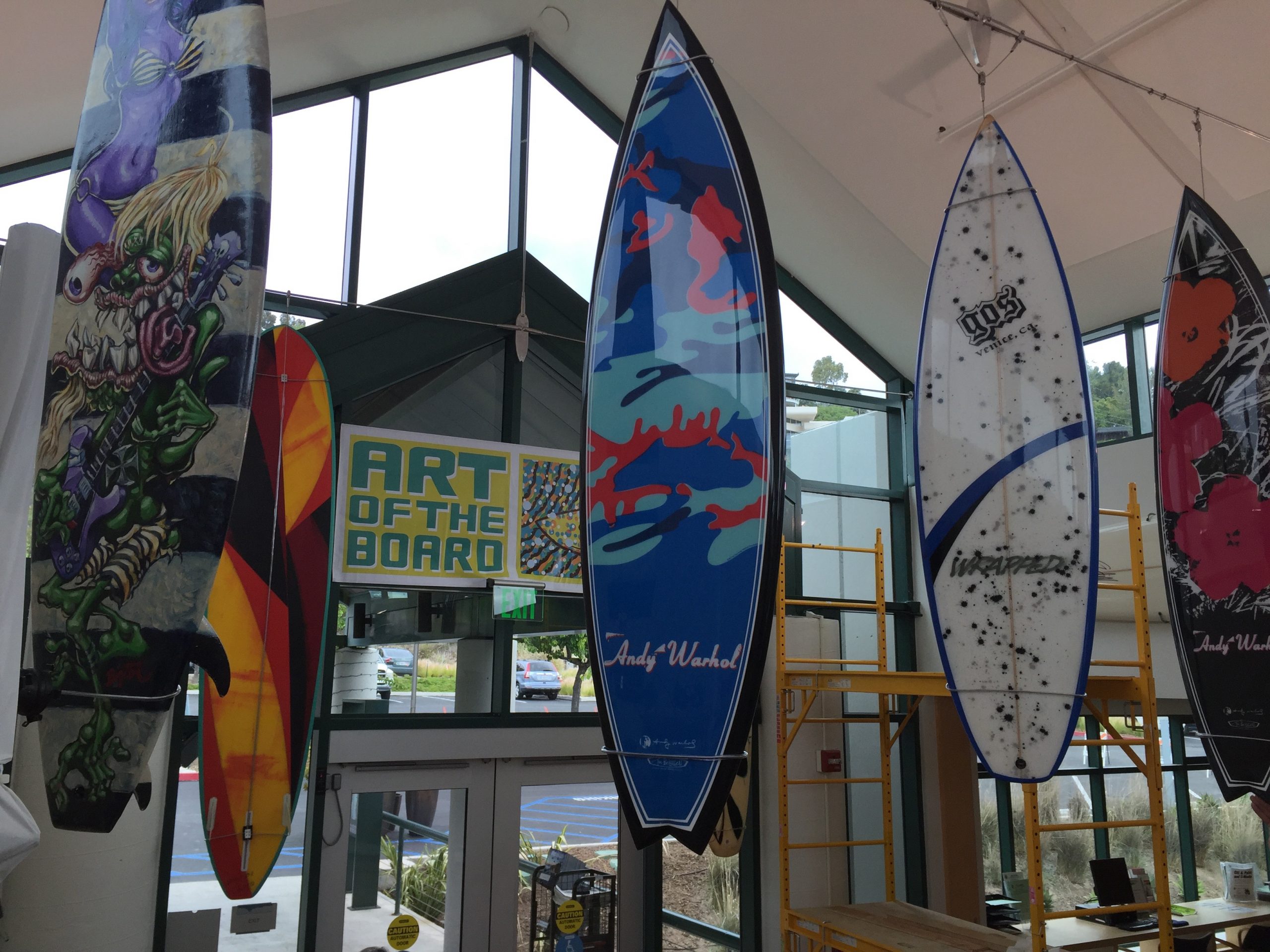 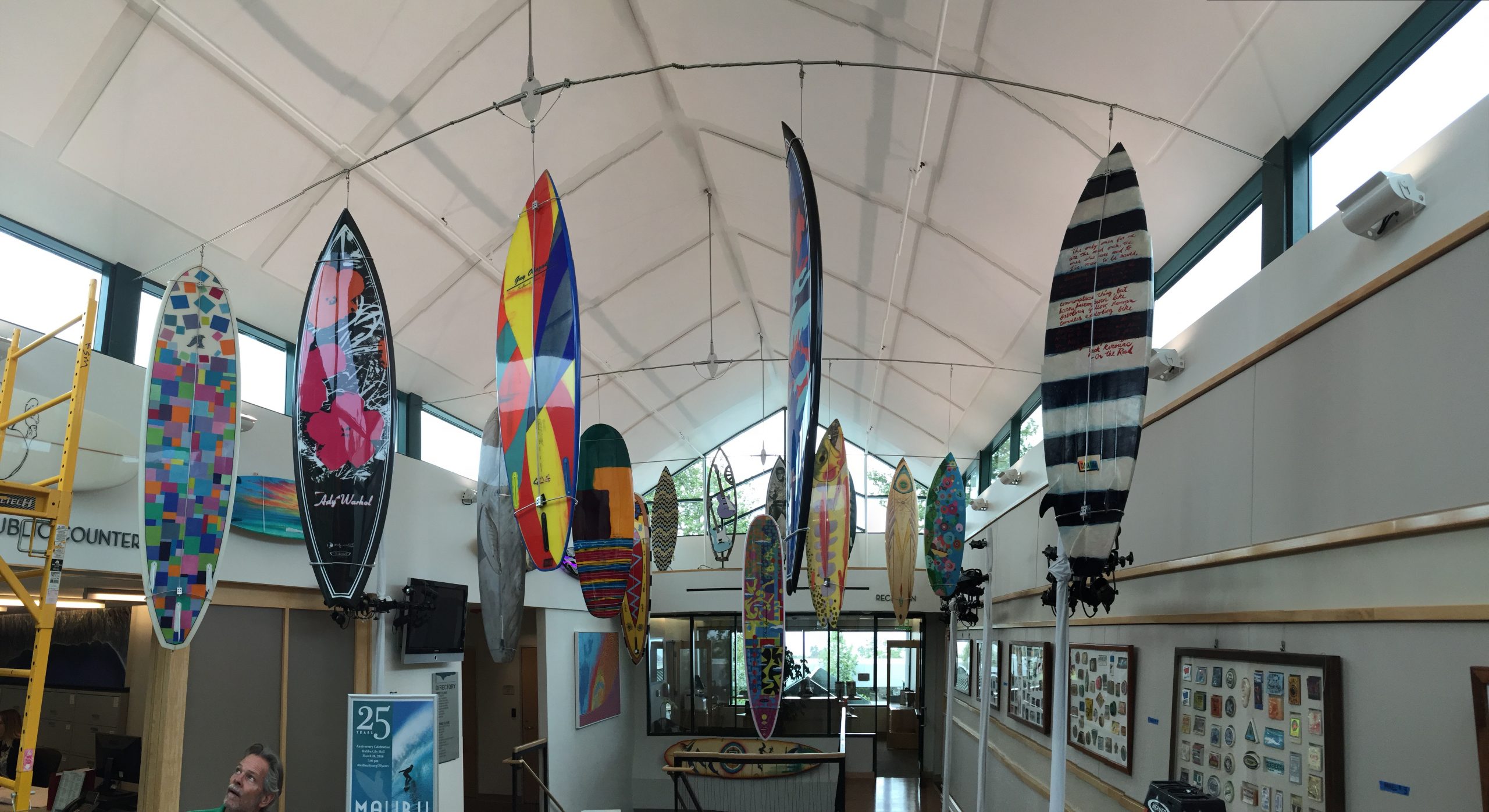 For “The Art of the Board,” hosted by the Malibu Cultural Arts Commission, the community was asked to submit unique and artistic surfboards, which will be suspended in the City Hall atrium and will remain on display through September 2016. A special committee reviewed and selected the submitted boards with John Van Hamersveld, Lita Albuquerque and Charles Arnoldi creating specific pieces for the installation.

A call to artists was done for the submissions of the boards in the exhibit with special pieces being created by John Van Hamersveld, Lita Albuquerque and Charles Arnoldi. Pieces by the three artists were also auctioned off at the City's 25th Anniversary Celebration which featured two unique surfboards created by Van Hamersveld and Albuquerque as well as a gouache painting by Arnoldi. The proceeds from the auction went to the Malibu Arts Fund which helps fund public art and arts in education.

To commemorate this special installation and the City’s 25th anniversary, renowned graphic artist John Van Hamersveld designed a poster and created a custom surfboard for the exhibit. Hamersveld is a former Malibu resident who played an important role in popularizing surfing culture with the creation of his world-famous poster for the classic surfing film “Endless Summer”. Additional pieces of his current work will also be on display. Artists Lita Albuquerque and Chuck Arnoldi are Malibu residents and have created artistic surfboards especially for the installation to be put on display.

Also included in the show is a display of surfboard wax from local surf legend and former Mayor Jefferson “Zuma Jay” Wagner, who has collected surf wax since the mid-1960s and has owned a surf shop in Malibu since the mid-70s. He has sold countless bars of wax and has kept at least one sample of every brand sold on his shelves. His collection includes old and rare bars and consists of the actual waxes in their original packaging and is probably the most extensive collection of surf wax in the world.