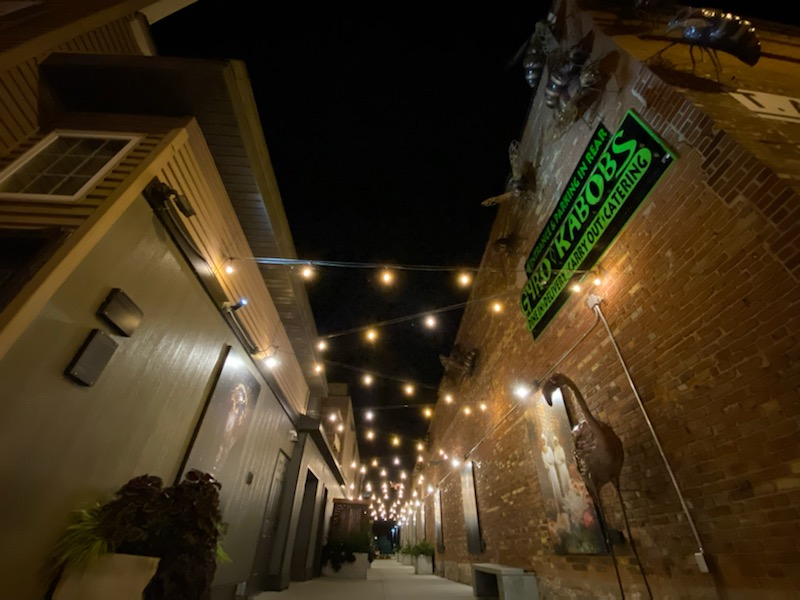 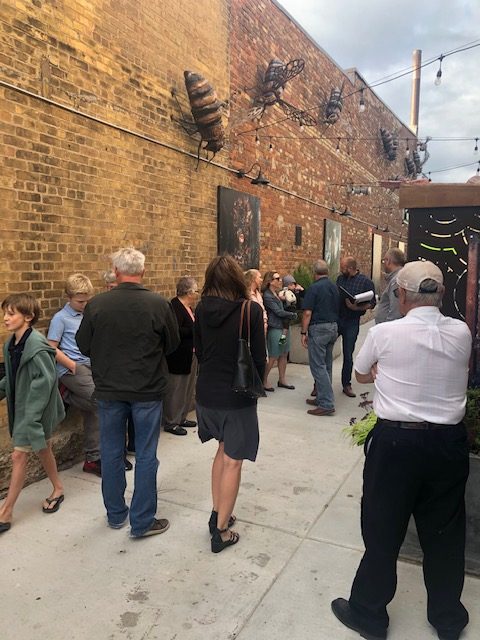 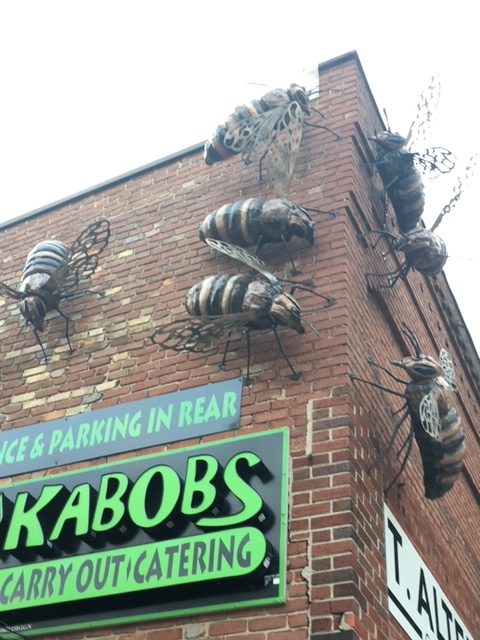 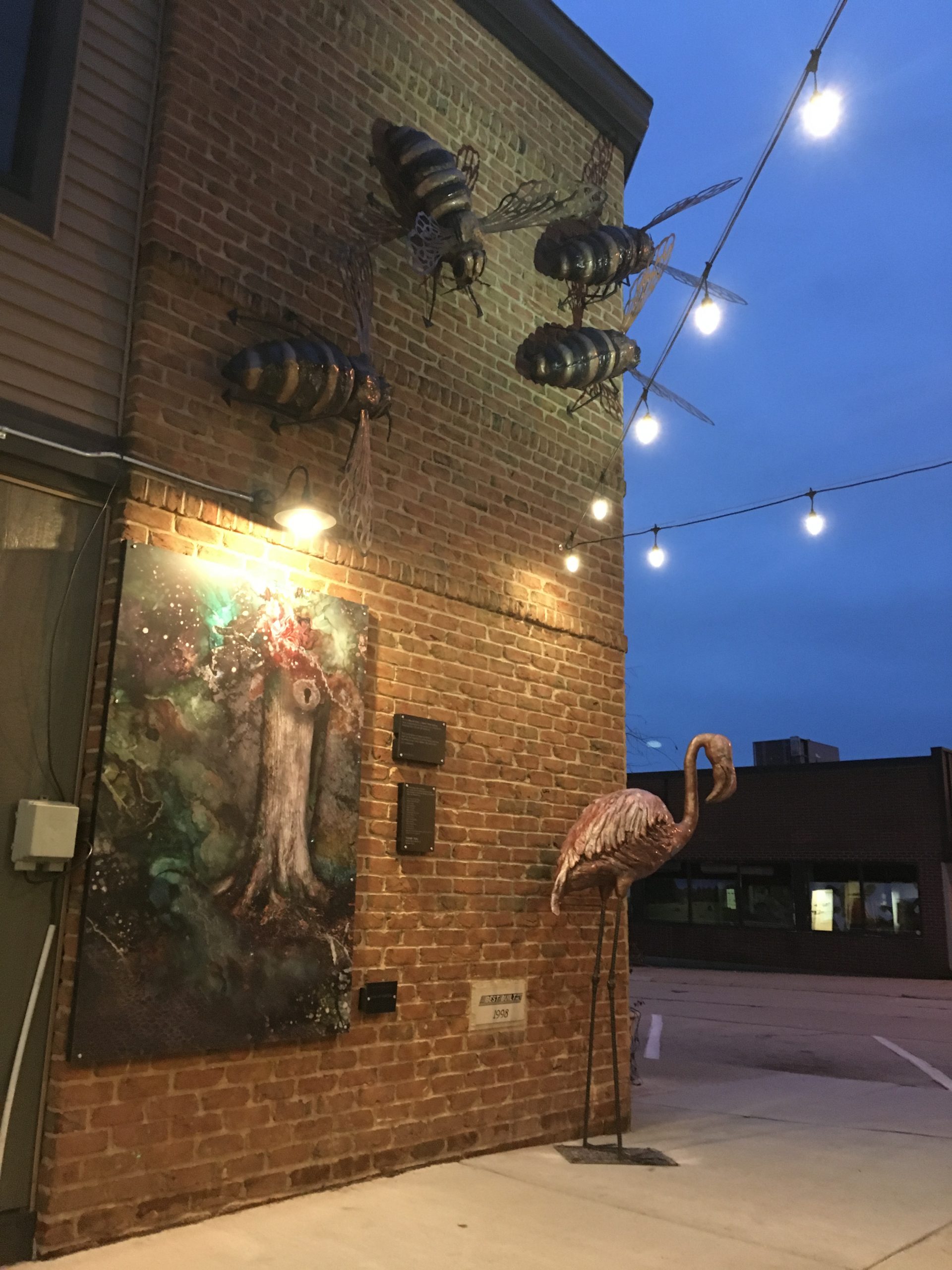 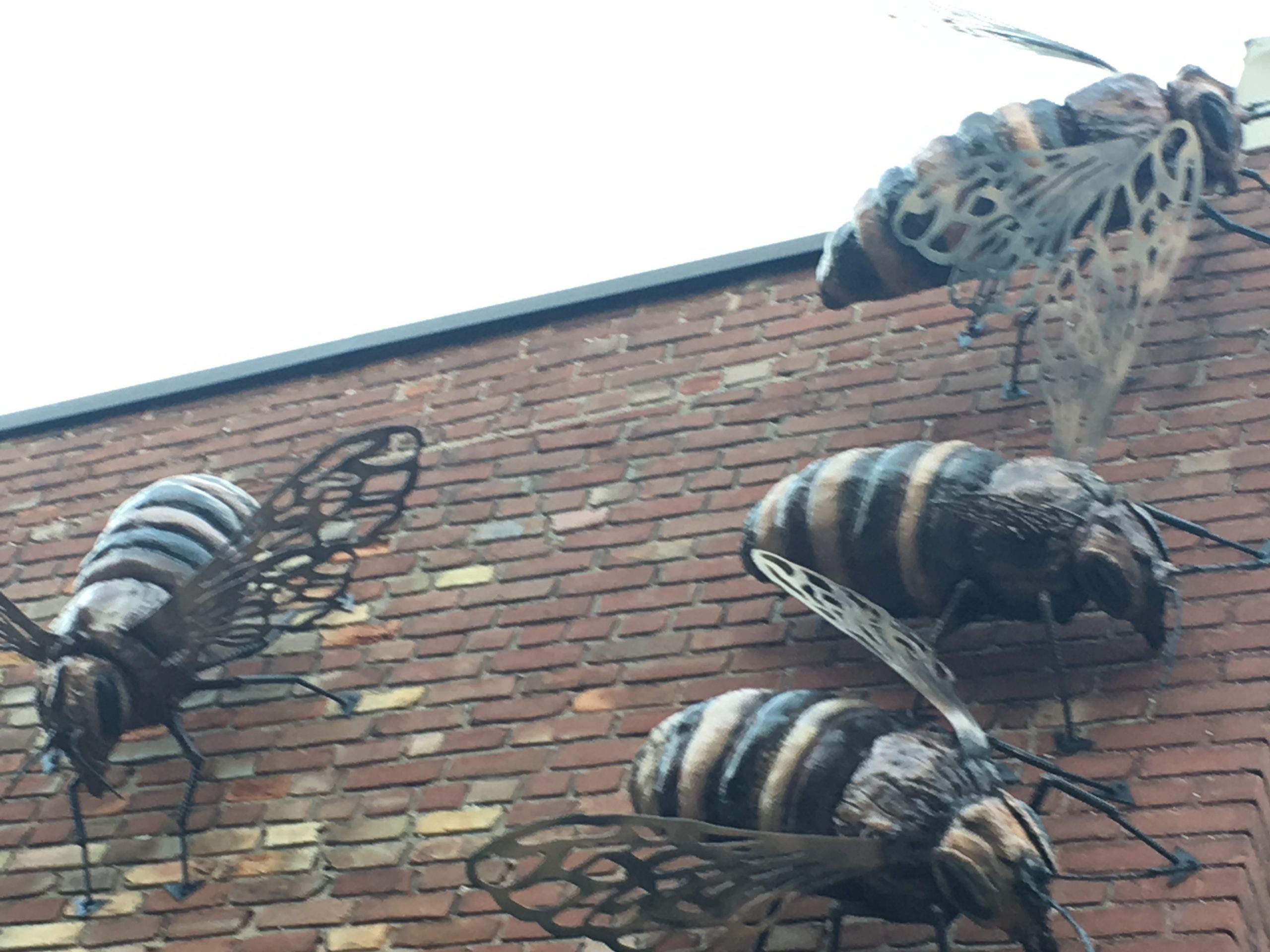 The City of De Pere wanted bids to revitalize a dark alley that served as a walking corridor between two areas of the city. A team of two artists, myself and Shanna Koltz, an awarded photographer, wanted to create more than just benches and greens, we wanted to make a statement about the plight of the honey bee. We wanted to tell that story in multiple mediums, as an outdoor art gallery exhibit. And hopefully, people would be drawn in the the sculptures and the pictures, but also learn about what is really going on in our world and how it will affect us at some point in our lives. My large scale whimsical sculptures were fabricated out of steel, resin, and fiberglass, and powder coated and clear coated to withstand the effects of harsh Wisconsin winters. Shanna’s photography was bonded onto large steel plate much like an outdoor billboard.

The City of DePere has been progressive toward public art and when this call came out, we felt that we could address so much visually and educationally, and create something stunning for the community.We needed to allow for flow of foot traffic and further development by the city and adjacent businesses. We also wanted to instill hope, by symbolism of the flamingos, representing the non profit organization of Depere( The Pink Flamingos), as well as the flying pig with the phrase "Save the World " flying above the alley in the lights. The city is tight knit and community minded, so these things spoke to them.

Shanna and I researched the story of the bee, and we developed an idea that both our works intermingled together. We collaborated with many entities, concrete builders for the planters and benches, electricians to illuminate the alley at night, metal fabricators for certain components and installers. We conferred often with the City of DePere Public Works Department for installation and coding during construction.

Art Alley has become a destination point in Depere, and has become one of the city's jewels of public art installations. I feel it is an interesting concept of combining both 2D and 3D artwork to tell a narrative about such a pivotal subject, involving pesticides, and human deforestation and other environmental concerns.