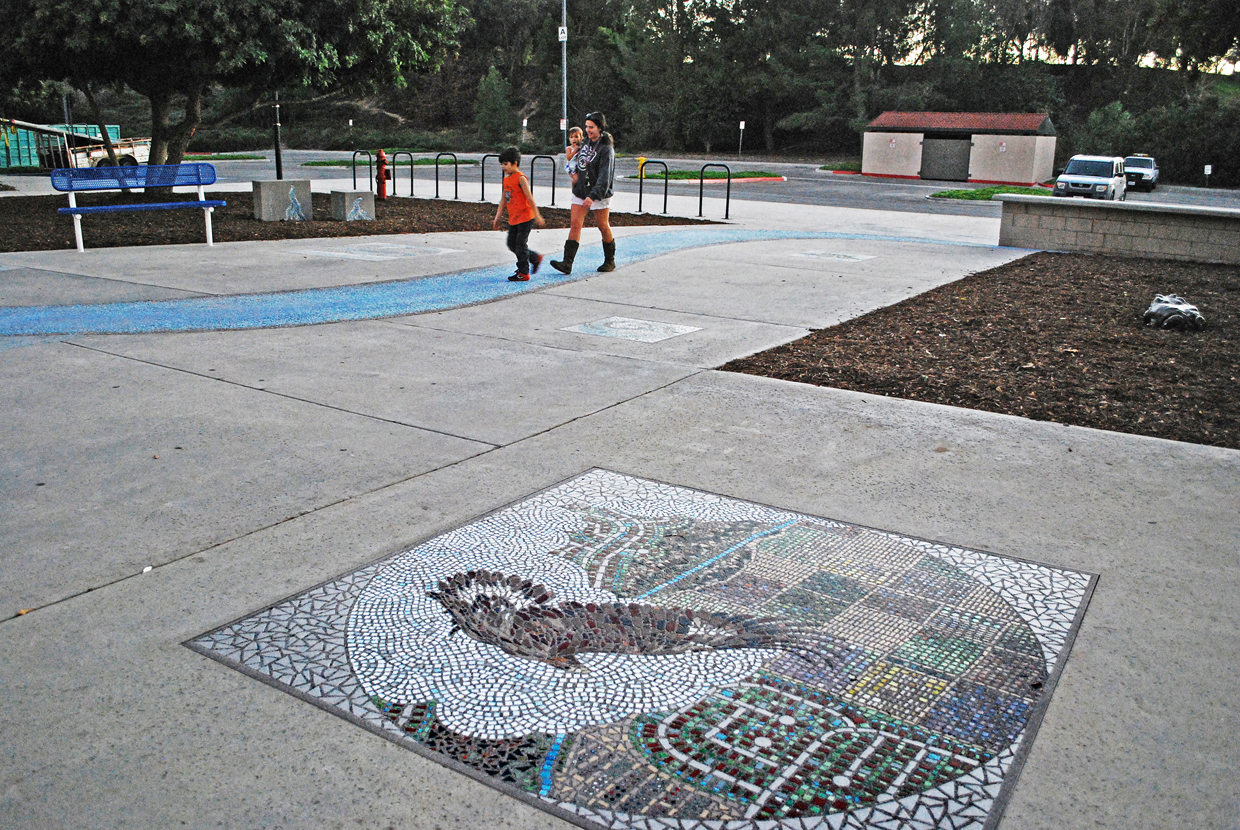 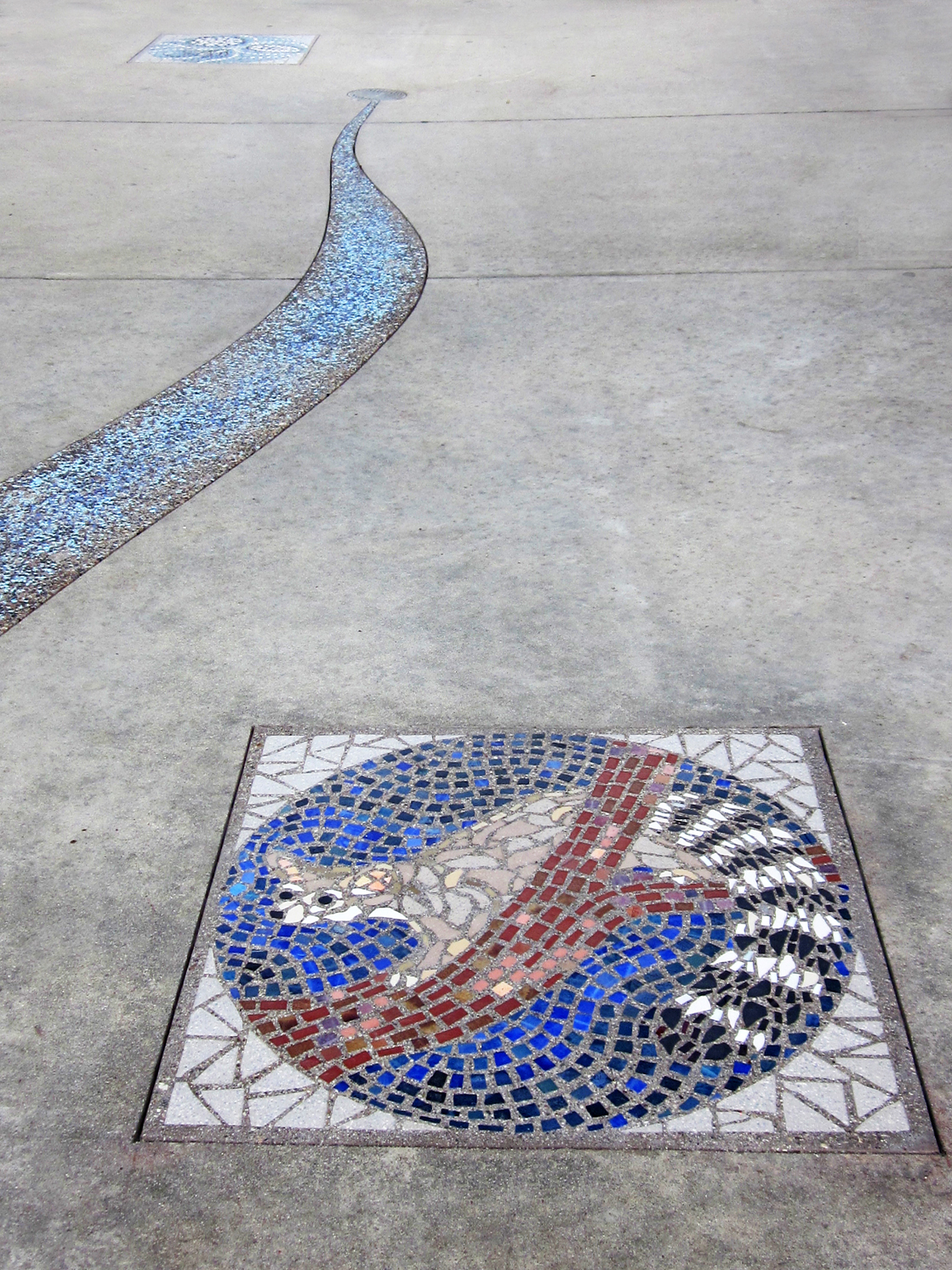 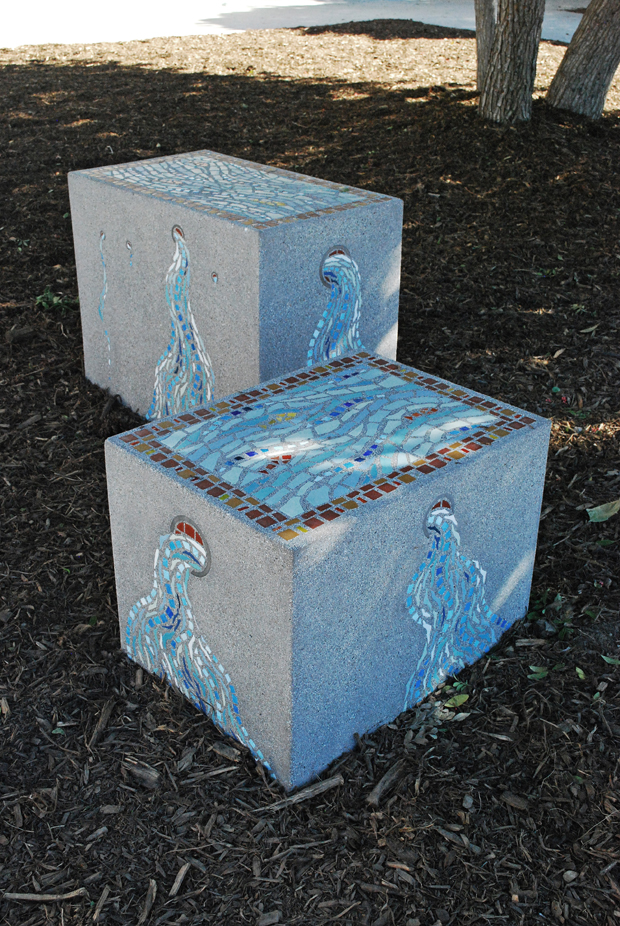 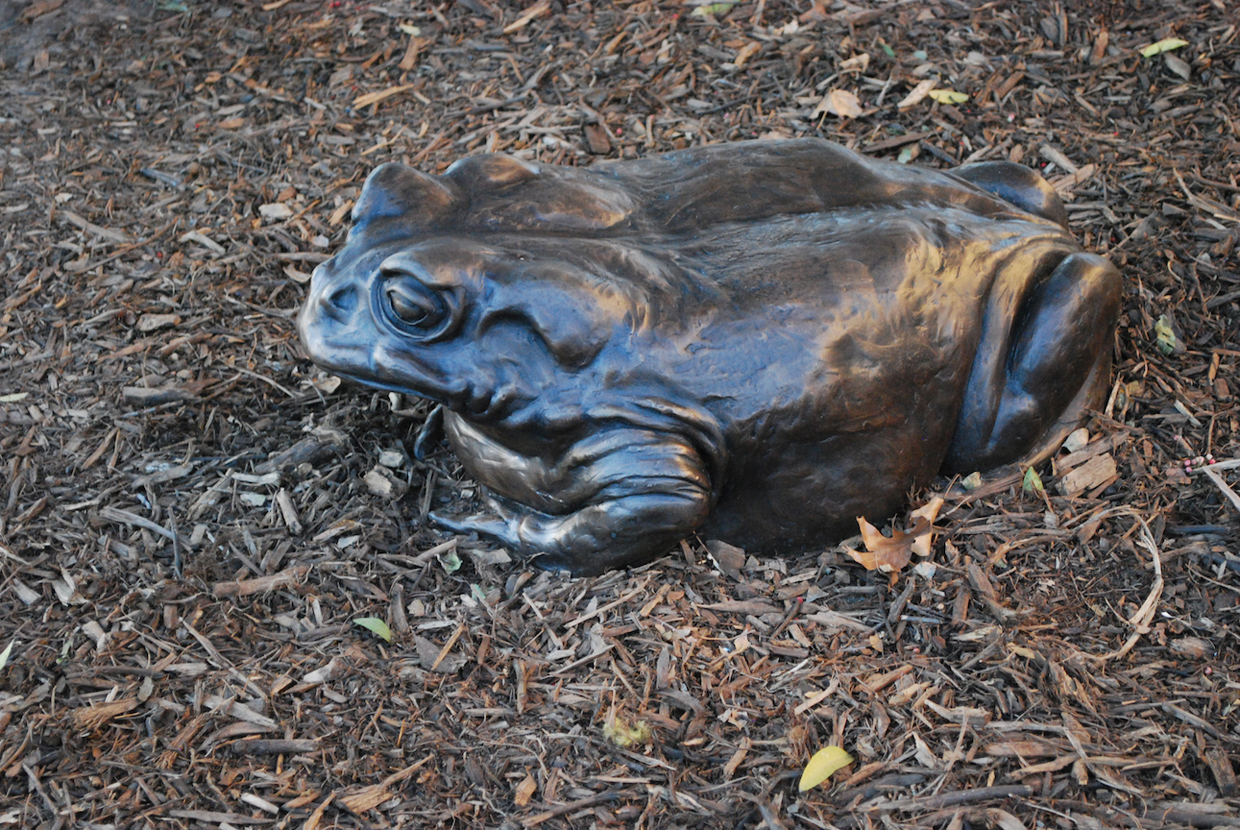 This work was developed for the Arroyo Vista Recreation Center, named after the Arroyo Simi flowing along its northern border. A series of images interpreting life along the arroyo were rendered in LithoMosaics. A stream consisting of recycled glass flowed beside them.

I felt it was important to make a strong conceptual link between the name of the center, The Arroyo Vista Recreation Center, to the arroyo for which is named. This is especially true as the wild resources within that important watershed are threatened by human encroachments. This project provides a fun way to learn about local treasures that can be easily overlooked. From a pure design perspective, I was also motivated to integrate the blues in the existing architectural details into the overall design, which helped to enliven the overall environment.

I worked closely with biologists, from the Calleguas Municipal Water District, the Ventura County Fish and Wildlife Services, and the Santa Monica Mountains Conservancy, among others, to identify species important to the area. I was also privileged to draw on the extensive knowledge and master craftsmanship of Shaw & Sons, Inc., whose proprietary processes of Lithocrete and LithoMosaic made this low maintenance and richly surfaced hardscape possible.