Architectural Projects of William A. Berry and Son. - CODAworx 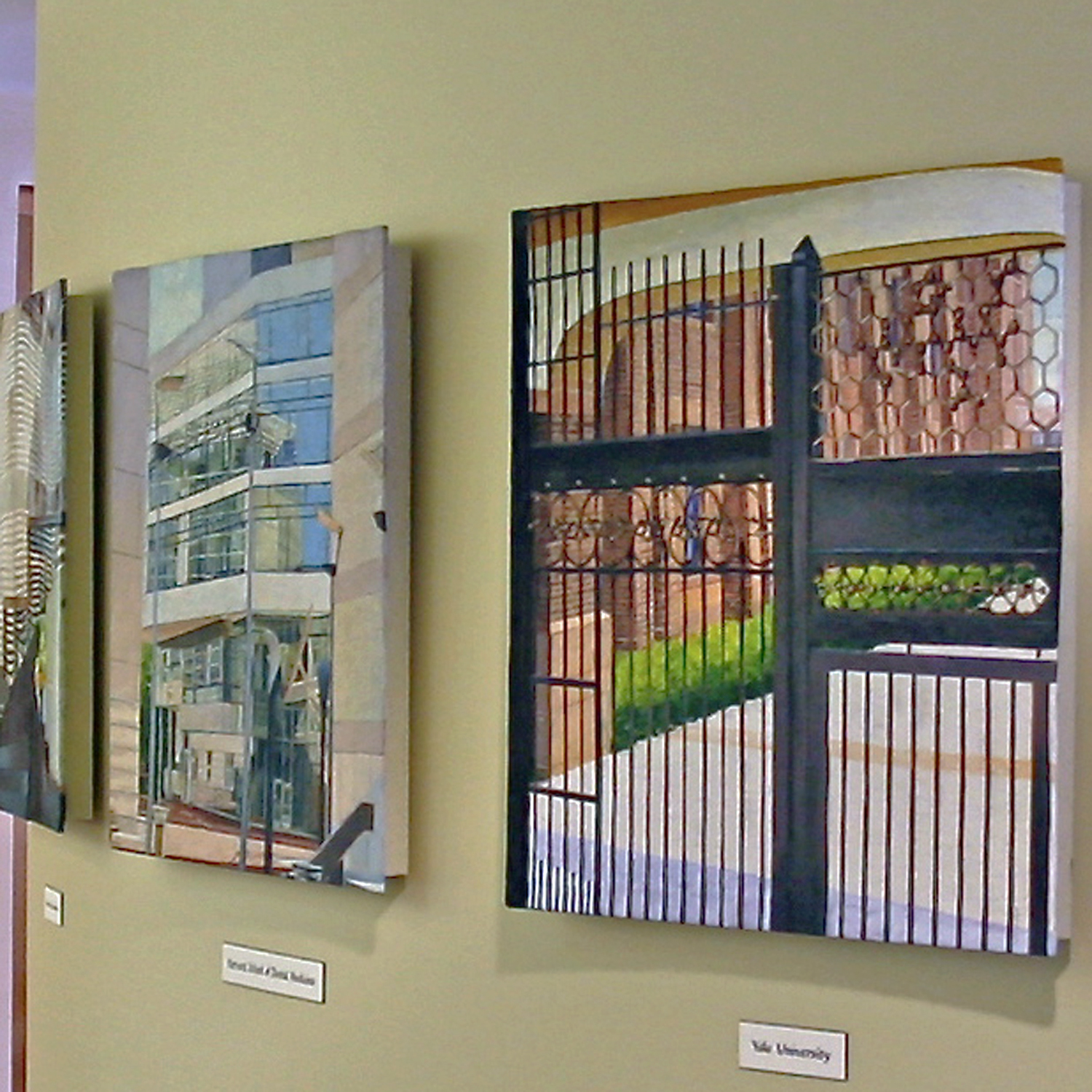 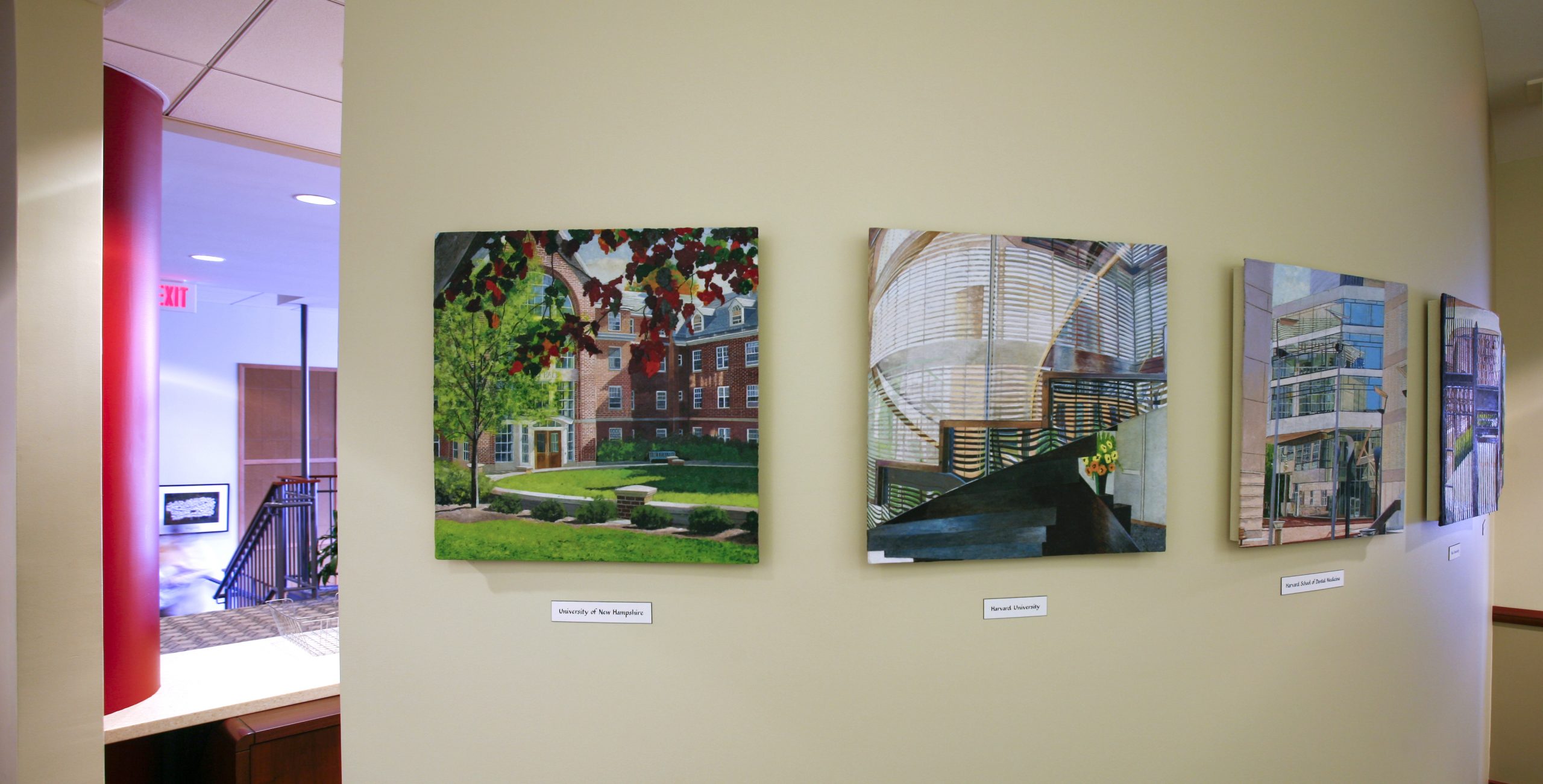 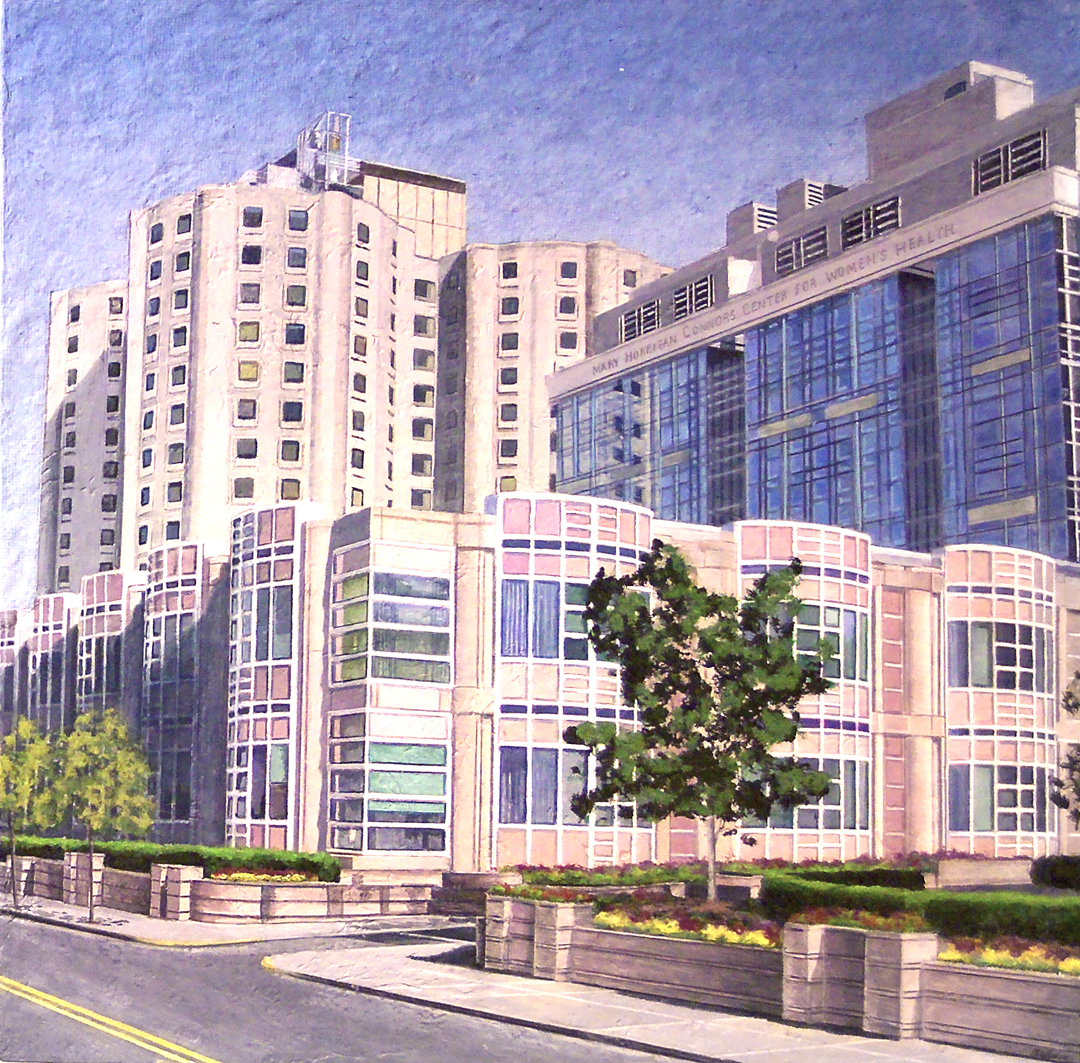 William Berry and Son, a commercial Construction firm located in Danvers, MA, hired me to create abaca pulp paintings of their construction projects in and around the New England area. The result was twenty-three 20 x 20 inch original paintings that grace the walls of the Berry lobby. The project began in 2004 and continued until 2014, when the final painting was added to the collection.

In the early part of the 20th century, American Industrialists such as Cornelius Vanderbilt, Andrew Carnegie, John D. Rockefeller, and H. P. Whitney helped to transform New York City into the metropolis we know it today. As supporters of the arts, these individuals assured their legacy through the monuments they erected and doubly named after themselves such as Carnegie Hall, the Whitney Museum of American Art, and the Rockefeller wing of the Metropolitan Museum of Art. In turn, they supported American artists who at the time found little patronage among the public. One such artist was George Bellows (1882-1925), whose paintings of the construction of New York landmarks such as Pennsylvania Station memorialized this transformation and the industrialists who made it happen.

These paintings are in the tradition of Bellows, for whom construction sites and building materials were seen as monumental sculptures, the subject for urban landscapes and even still life paintings.

As an artist and art history professor, it was important for me to research the relationship Bellows secured between himself and his patrons and integrate a similar collaboration between myself and a contemporary industrialist, in this case Berry Construction.

I met the owner of Berry Construction during a ski outing in which both of our daughters were participating. We were sitting by the fireplace in the ski lodge when we got talking about ourselves and I told him about my artwork. He was very interested in my process and had me contact the office manager to discuss the idea for an ongoing project in which I would create a painting of a selection of their completed projects. The office manager and I met frequently after our initial meeting and developed a positive working relationship. The key to the success on my end was timing-knowing when to contact her, how to establish methods for keeping track of their projects such as visiting their web site looking for updates about new and completed projects, and presenting a professional demeanor with punctuality, proper dress code and by hiring a professional photographer to photograph the installed work, my way of letting them know how much I appreciated their support for my work.

Berry Construction prides itself for its level of support for local businesses, community service and work with youth groups. I thought it was a perfect example of this mission when they hired me, a local artist, to create these paintings.