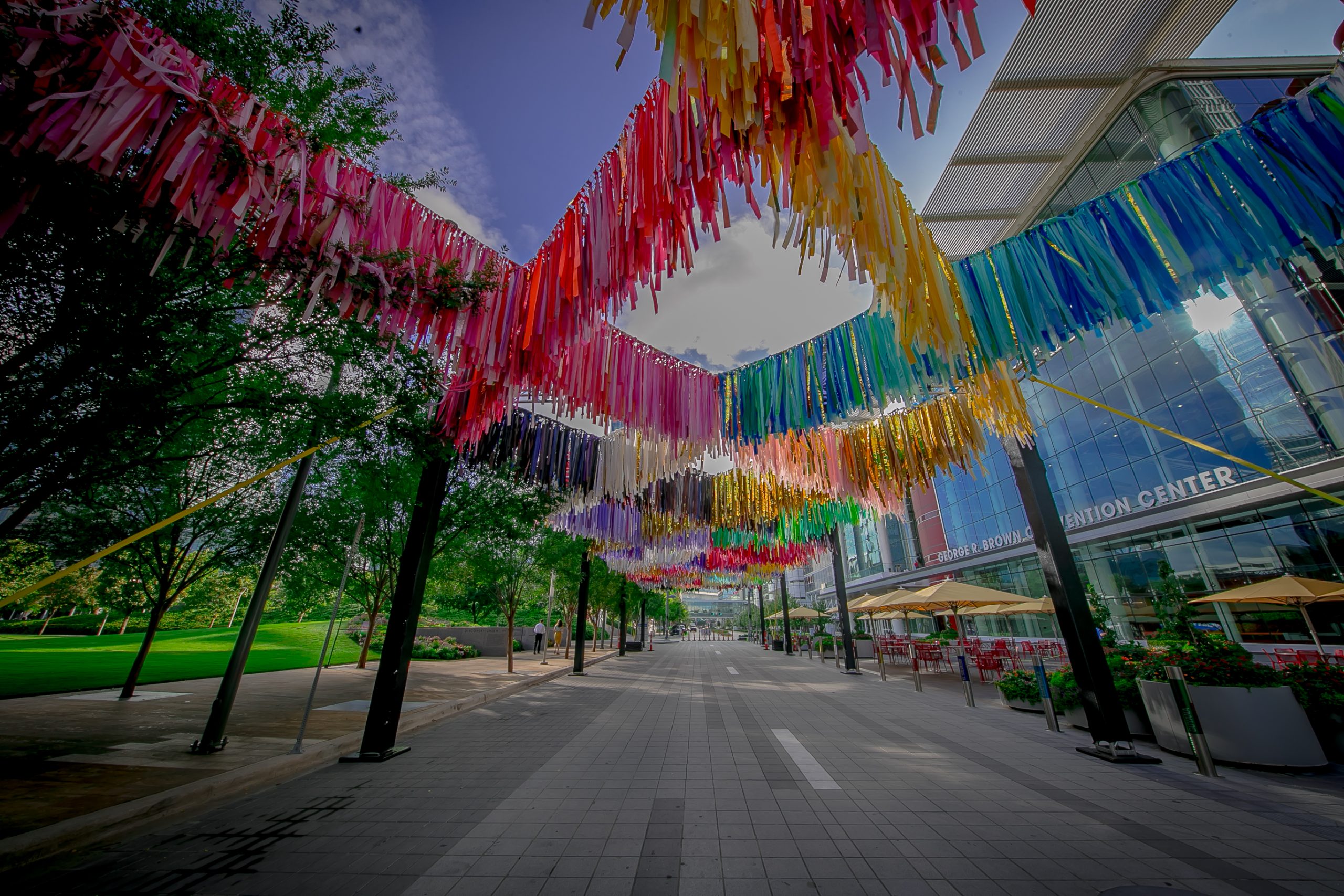 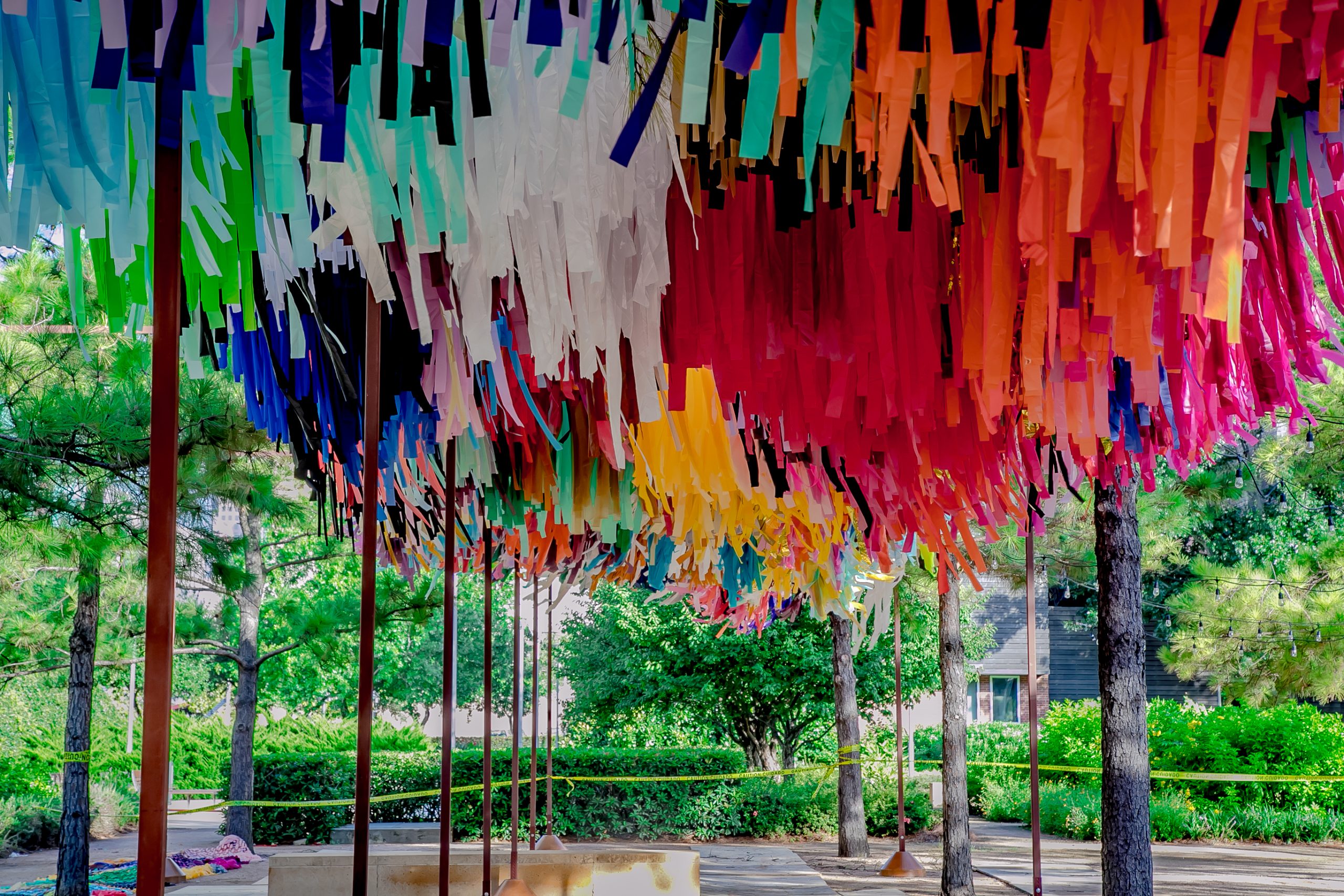 The Color Condition considers the idea of “play” throughout Arcade, which consisted of three separate installations that formed a dialogue among parts of the Avenida Houston campus. The works — made from strips of table cloths, shower curtains and painters drop cloth — respond to the environment, creating new colors as the light changes and new patterns with each gust of wind.

Hopscotch used Discovery Green’s loblolly pine trees to create a dense overhead passageway extending the length of Maconda’s Grove; picking up or “hopping” across the street, a mirroring installation was installed over The Wharf, which serves as the “front porch” of the George R. Brown Convention Center. The two sculptures came alive at night with LED lights installed at the tops of the woven pieces, illuminating the colorful canopy. Another installation, Double Dutch, was suspended in a crisscross pattern over three lanes of Avenida de las Americas, between the park and the George R. Brown. Red Rover skirted light poles across the entire front of the George R. Brown with punches of color, enticing park visitors to “come over.”

Discovery Green and Houston First Corporation teamed up to present Arcade for downtown visitors during the summer and fall of 2017. Building off the existing public art at Discovery Green, Avenida Houston and the George R. Brown convention center were able to activate public areas with this site-specific installation.