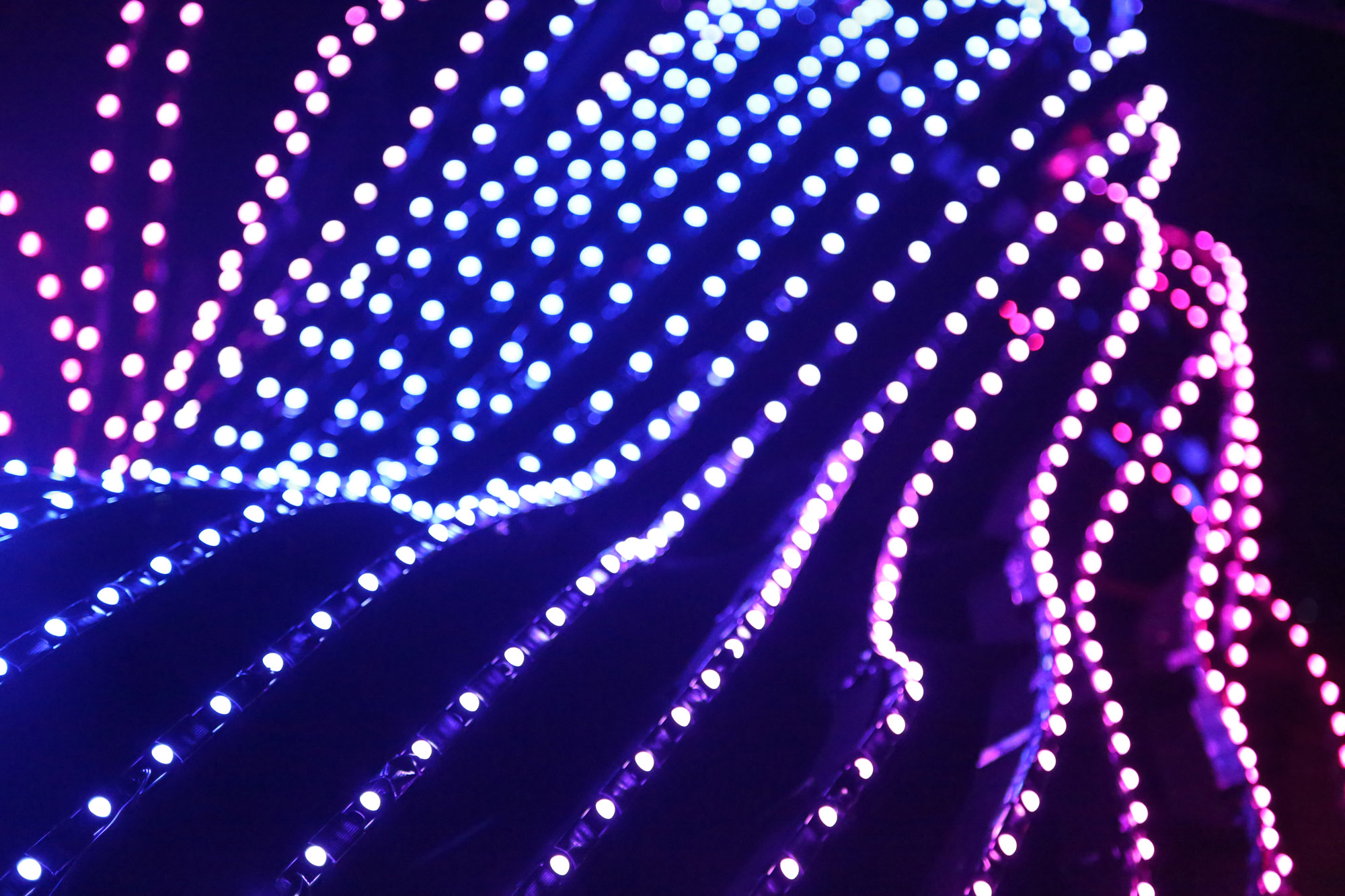 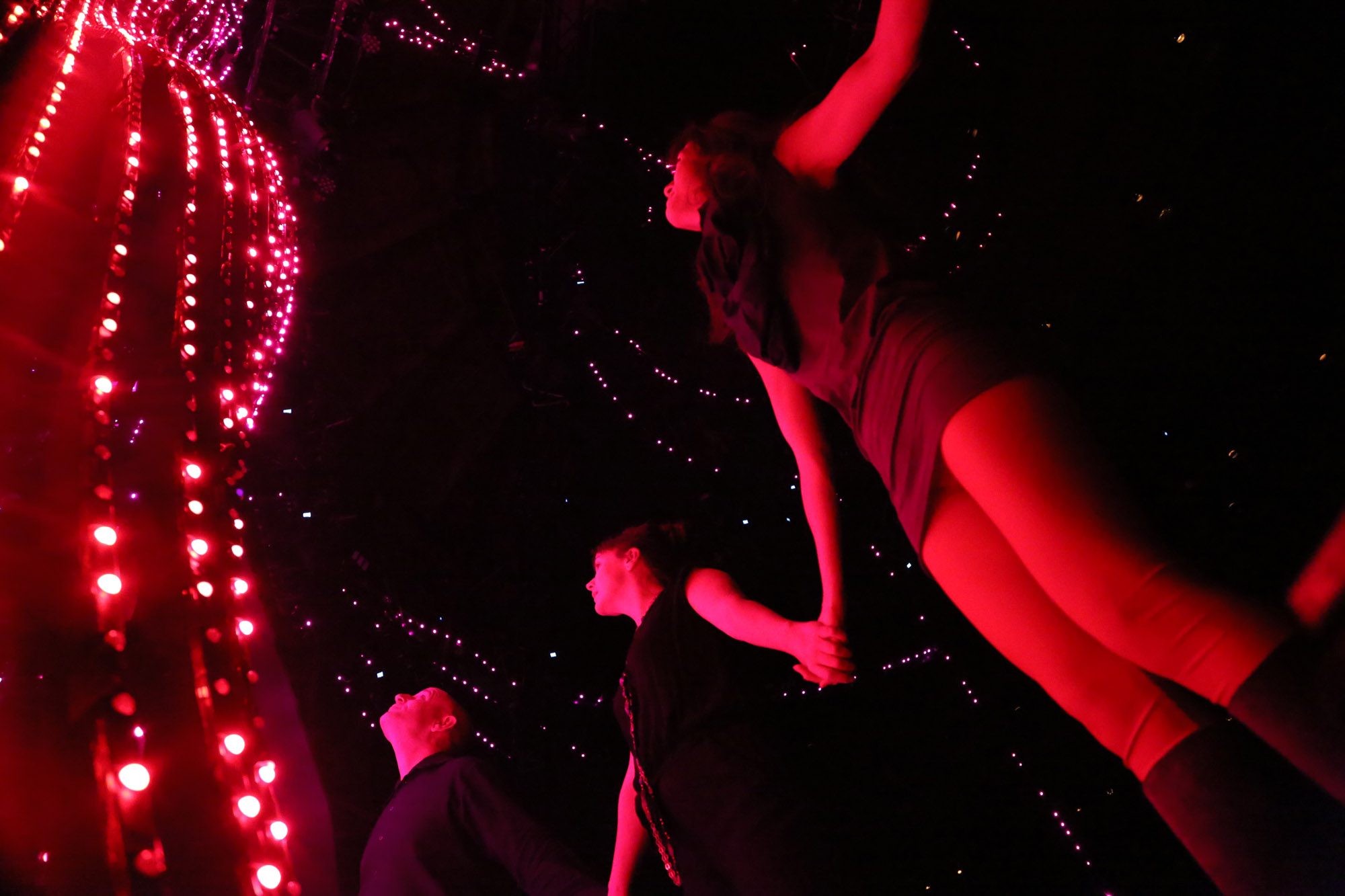 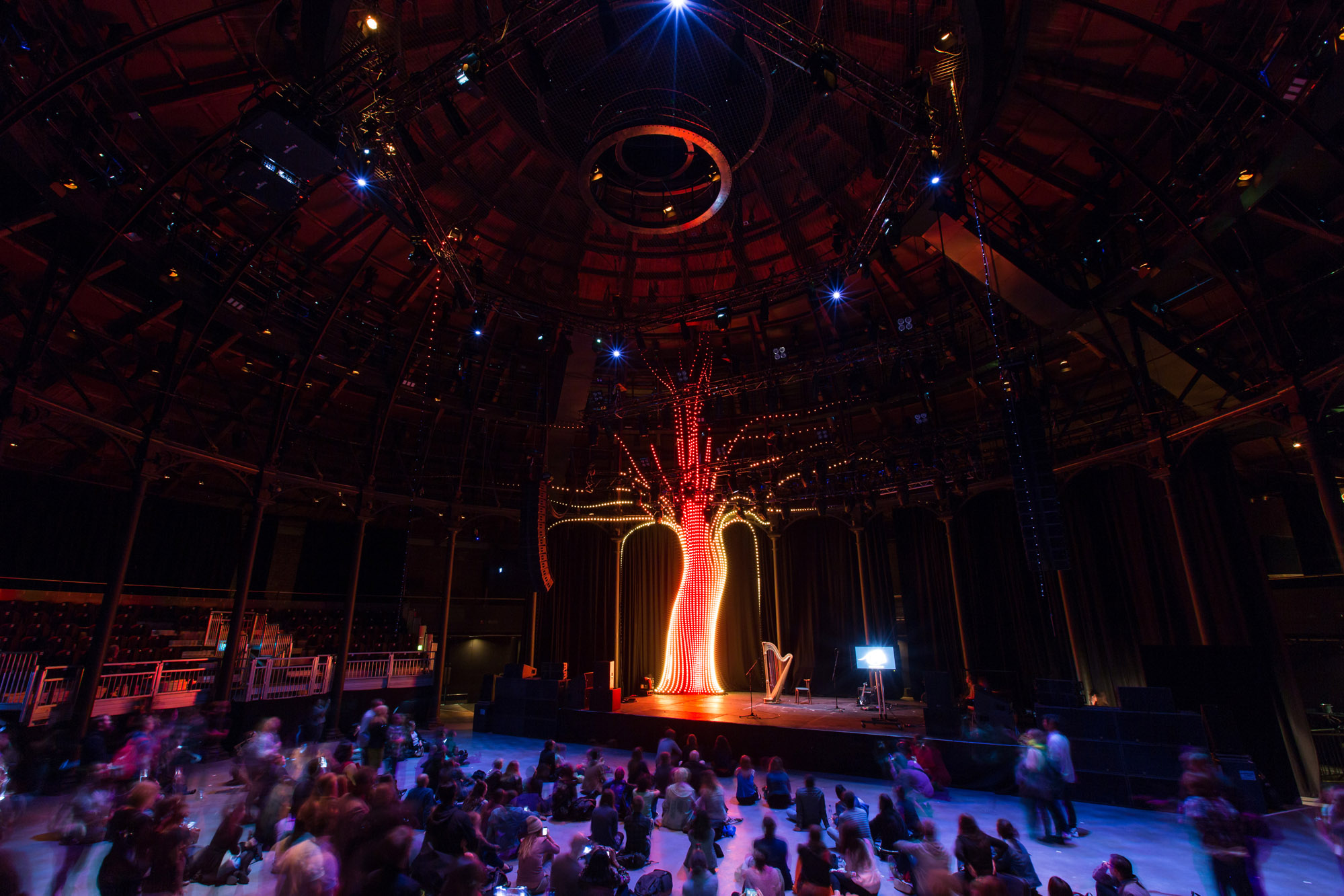 Arboreal Lightning was a vast site-specific interactive lighting installation weaving through the filigree architecture of the Camden Roundhouse.
It transformed sound and gesture into an immersive luminous experience, its tree-like fibres shimmering in response to music and movement.
Bundled LED strips burst from the stage and soared above the performers, their branches twining along the Roundhouse structure and into the heavens.
The occasional strand stooped to greet and listen to its visitor, with 6 microphones distributed throughout the space, feeding the tree with the nectar of visitor interaction.
The project was commissioned by Imogen Heap as centrepiece for the Roundhouse's Reverb Festival.

The project was conceived to finally involve and liberate its audience; to enable passive spectators to become an integral element of any experience within the space.Arboreal Lightning unleashes the hidden power of a place - and people. It explores inaccessible spaces and ineffable sensations - the physical manifestation of music, and the convergence of sensations. In an age of emancipated connectivity and collaboration, it seeks to reinvent and re-imagine the relationship between performer and audience, sound and light.

Arboreal Lightning waS the centrepiece and graphical icon for the 4-day Reverb Festival of Contemporary Classical Music - a smorgasbord of contemporary composers, with an emphasis on technological innovation. It was commissioned by both the Roundhouse venue and the Reverb curator, acclaimed musician Imogen Heap, who then gave it a new home as resident artwork in her Essex studio.

Some branches yearn upwards, towards the light of the lantern; a few strands bow down to reach and mingle with the audience, who can then trigger their own luminous ripples and join in the spatial symphony. This light canopy of visual music creates a unifying lattice that embraces the people beneath it within a giant, pulsating, Gaian network - umbilical cords connecting people to building, sound to light. 1,500 metres of LED string have been meticulously tamed to shadow the contours of the building's giant skeleton - yet each of the 4,800 pixel nodes glimmer individually in response to life.