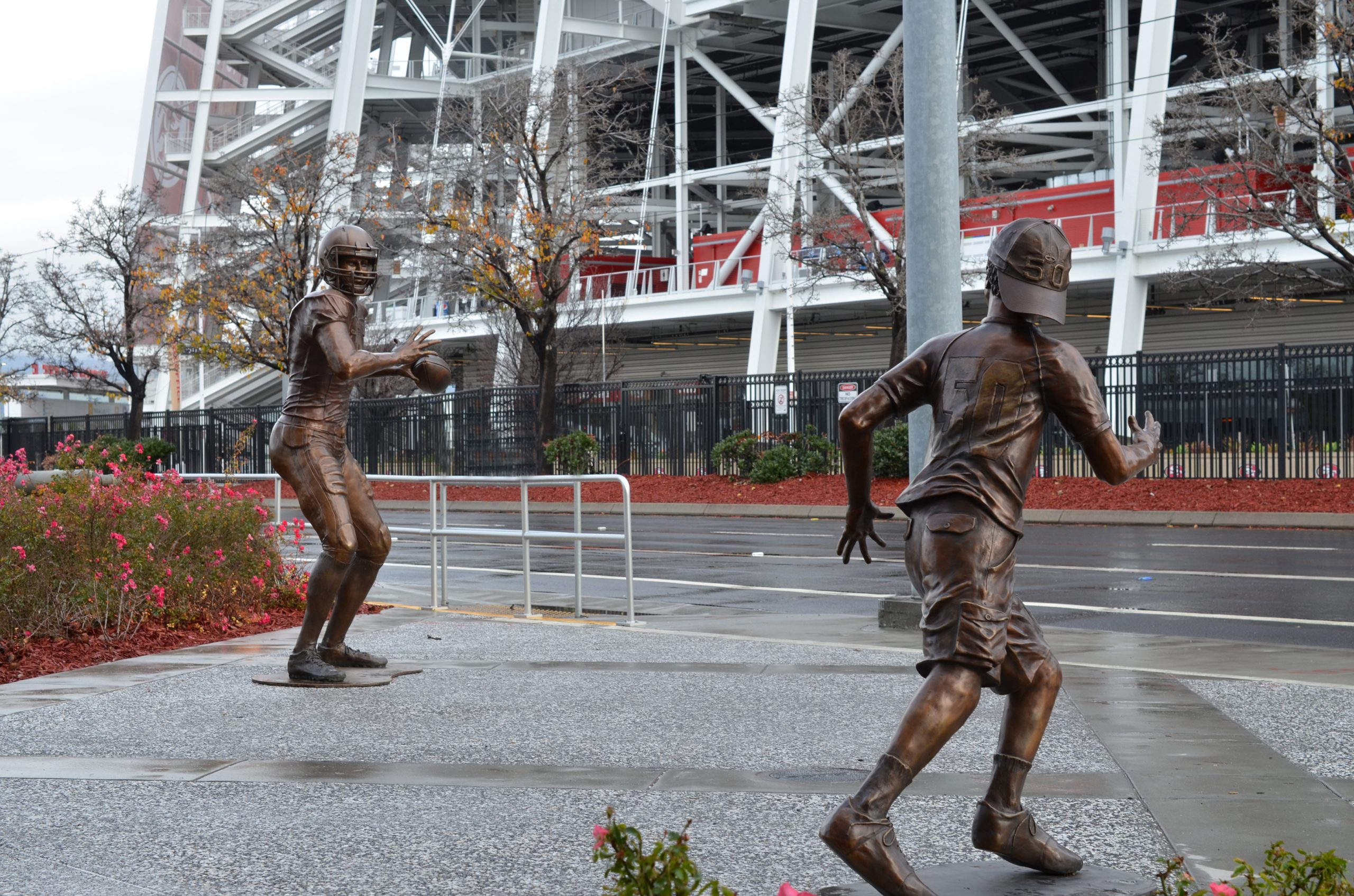 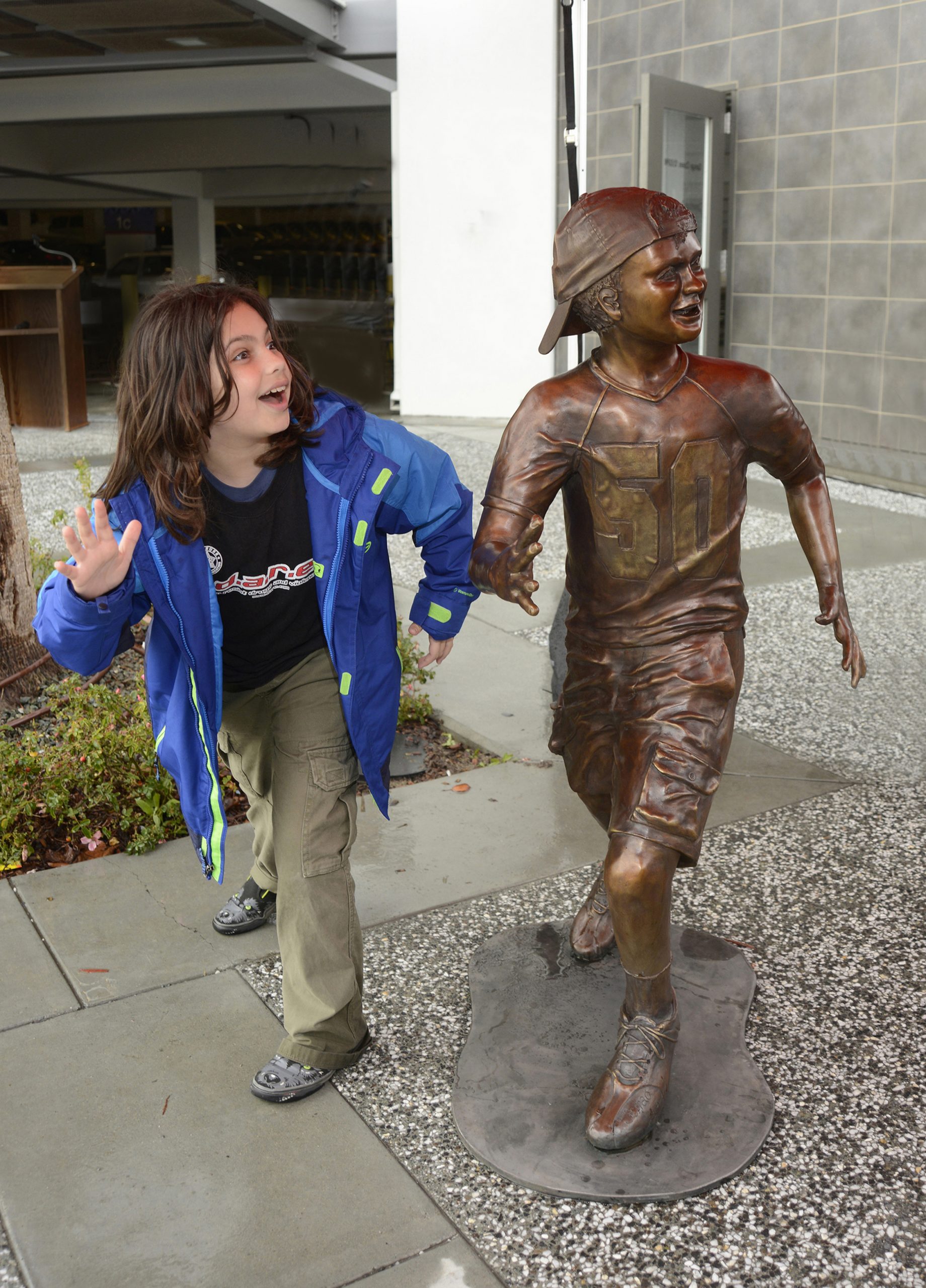 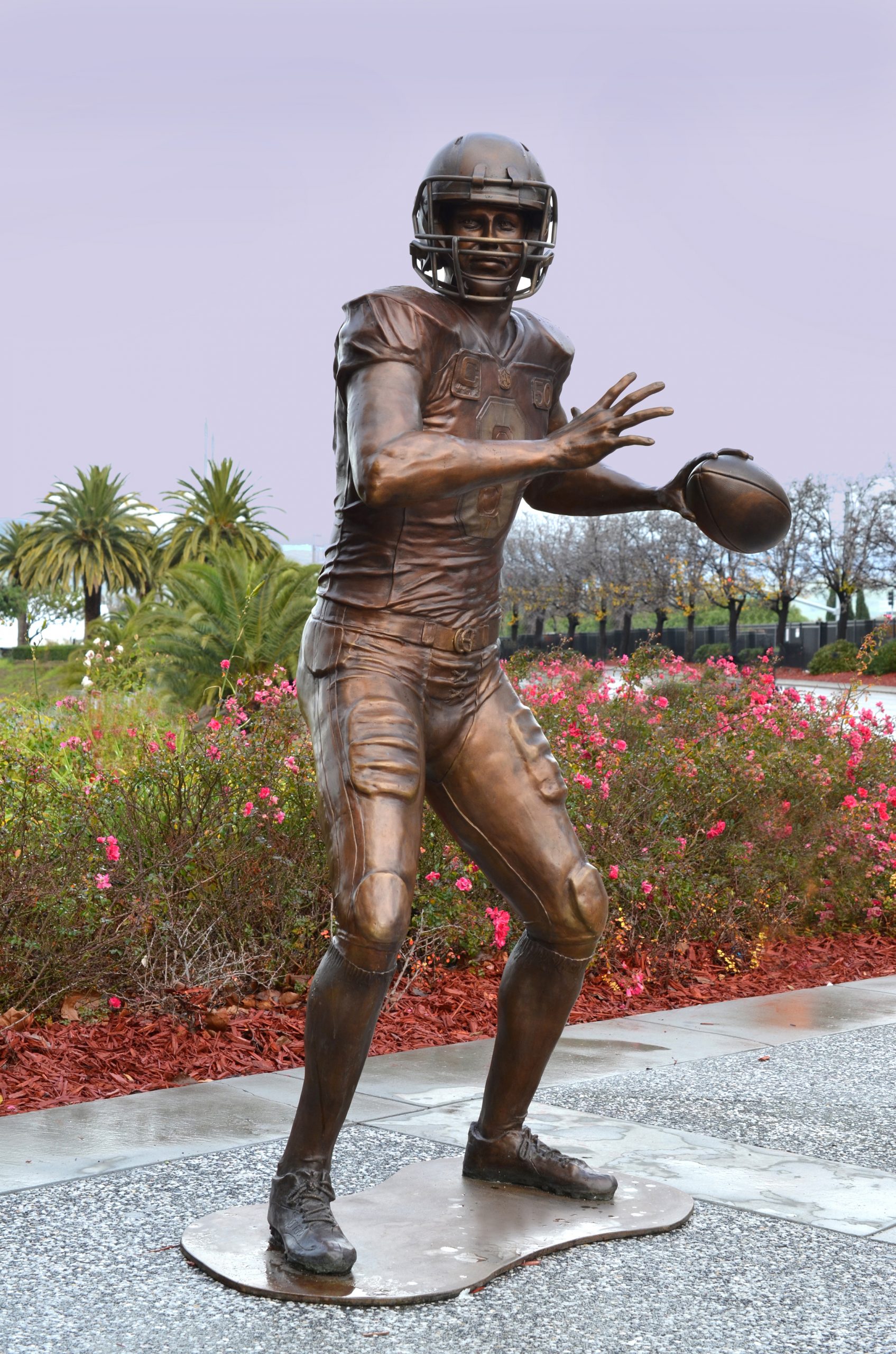 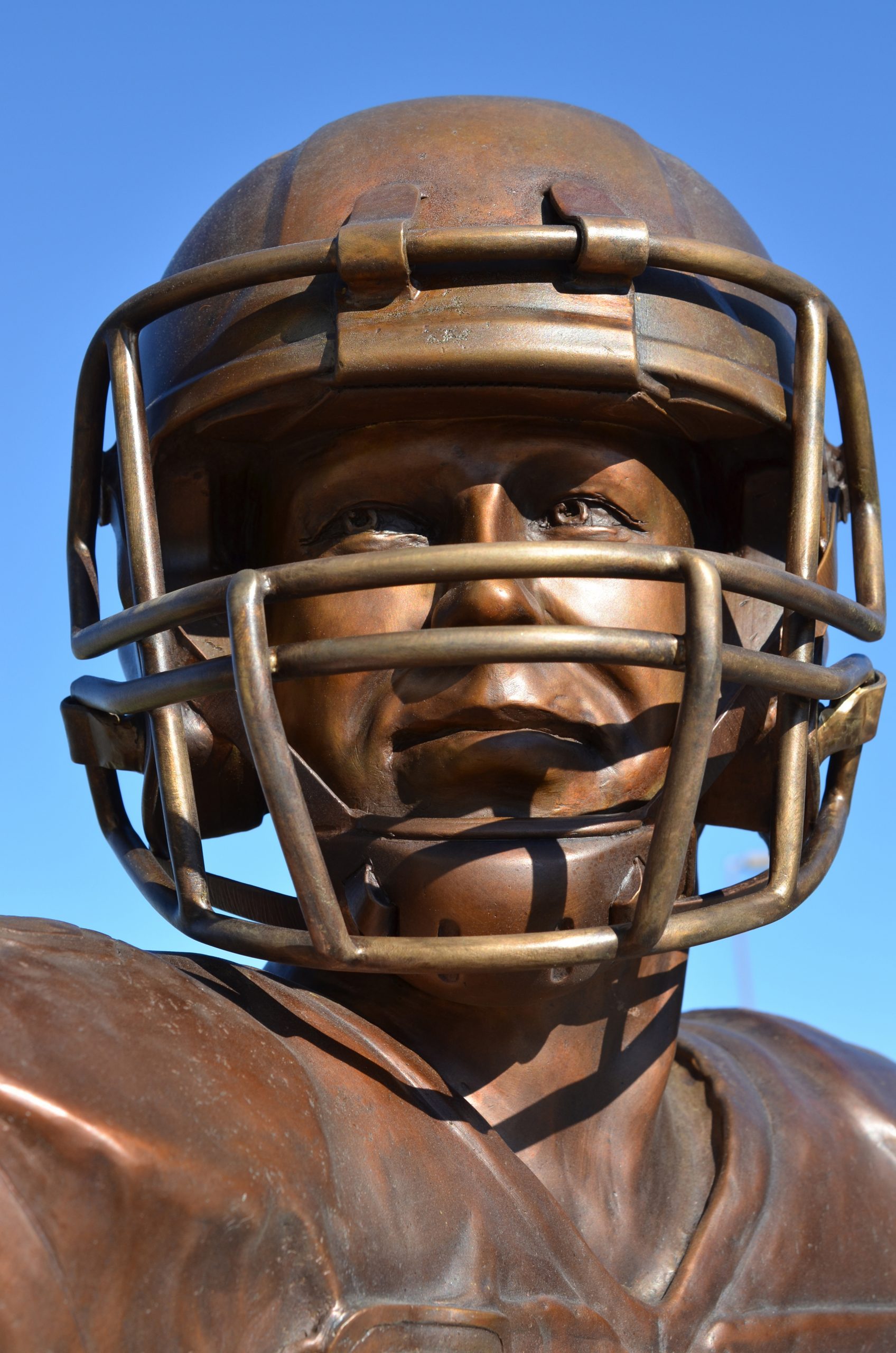 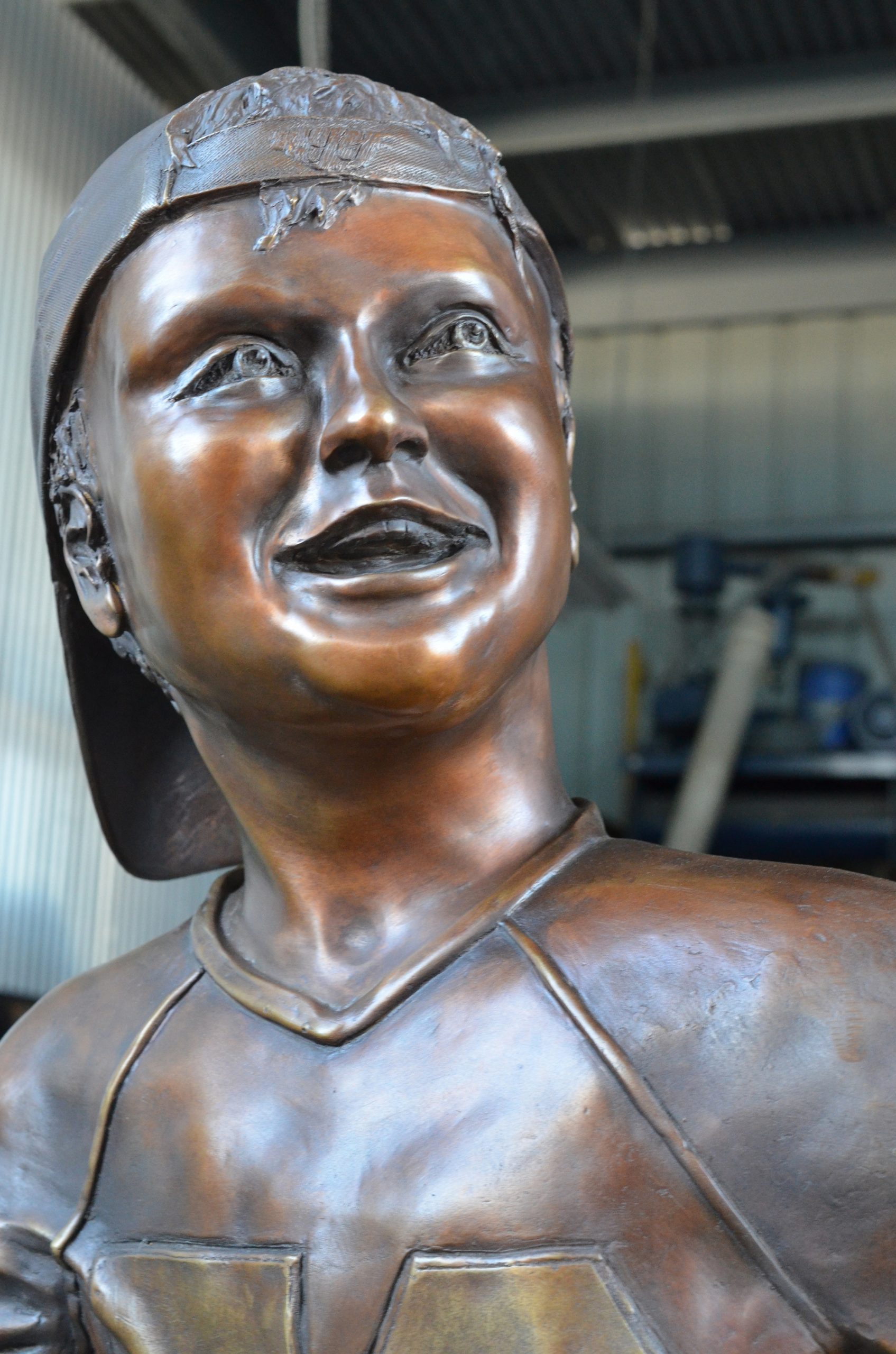 "Anything's Possible", two larger than life bronze figures, a Football Star passing the ball to a Young Fan, by Levi's Stadium for Super Bowl 50. Commissioned by the City of Santa Clara, 2016.

"Anything's Possible" project was in commemoration of Super Bowl 50 at Levi's Stadium in Santa Clara, CA. It integrated the celebration of the Big Game with the motto of Santa Clara, "The Center of What's Possible." A Football Star is passing the ball to a Young Fan, the dream of all fans.

"Anything's Possible" was installed at a previously completed site. The Art Committee of Santa Clara was closely involved in the design of the project, setting goals and helping to design the sculptures themselves.