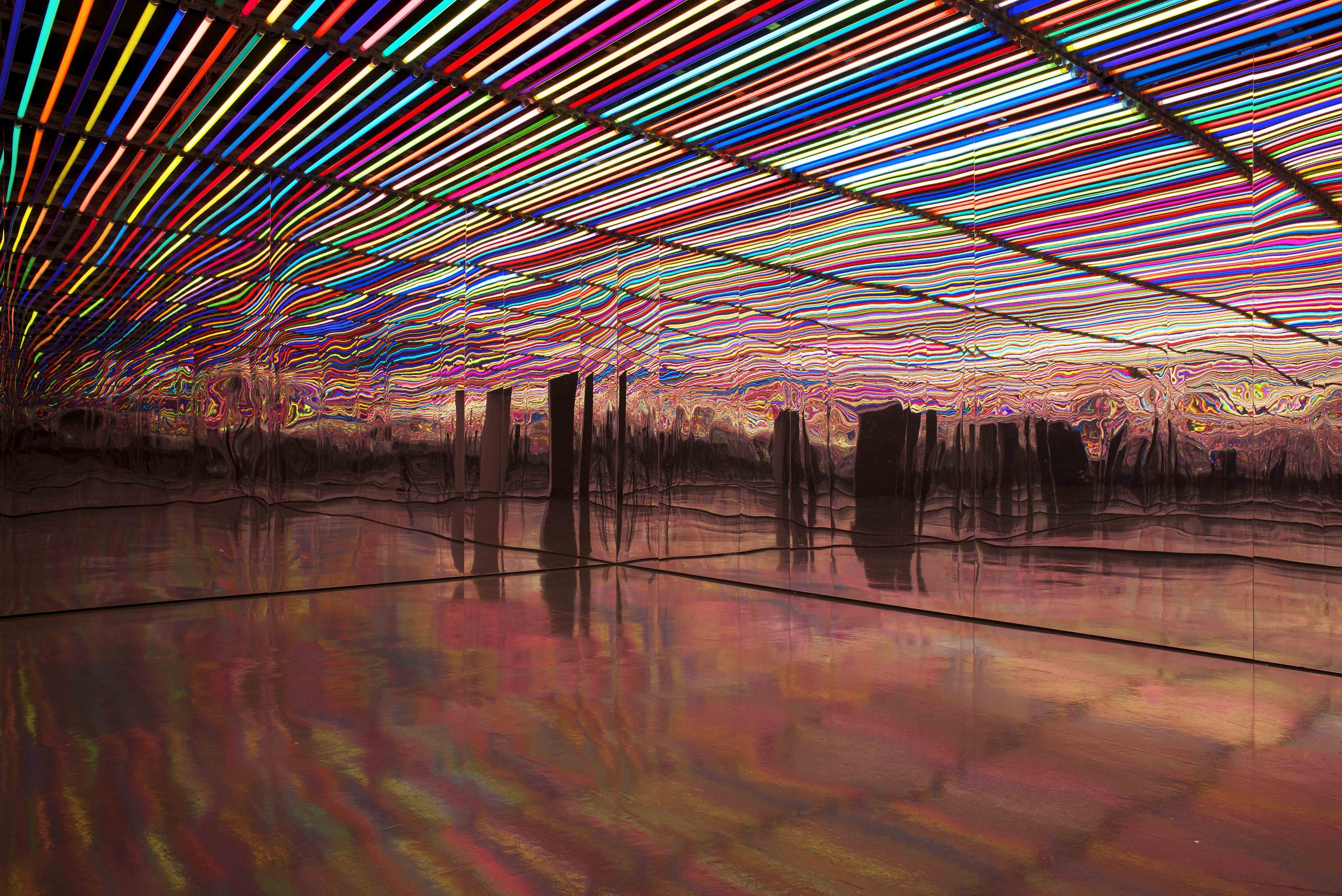 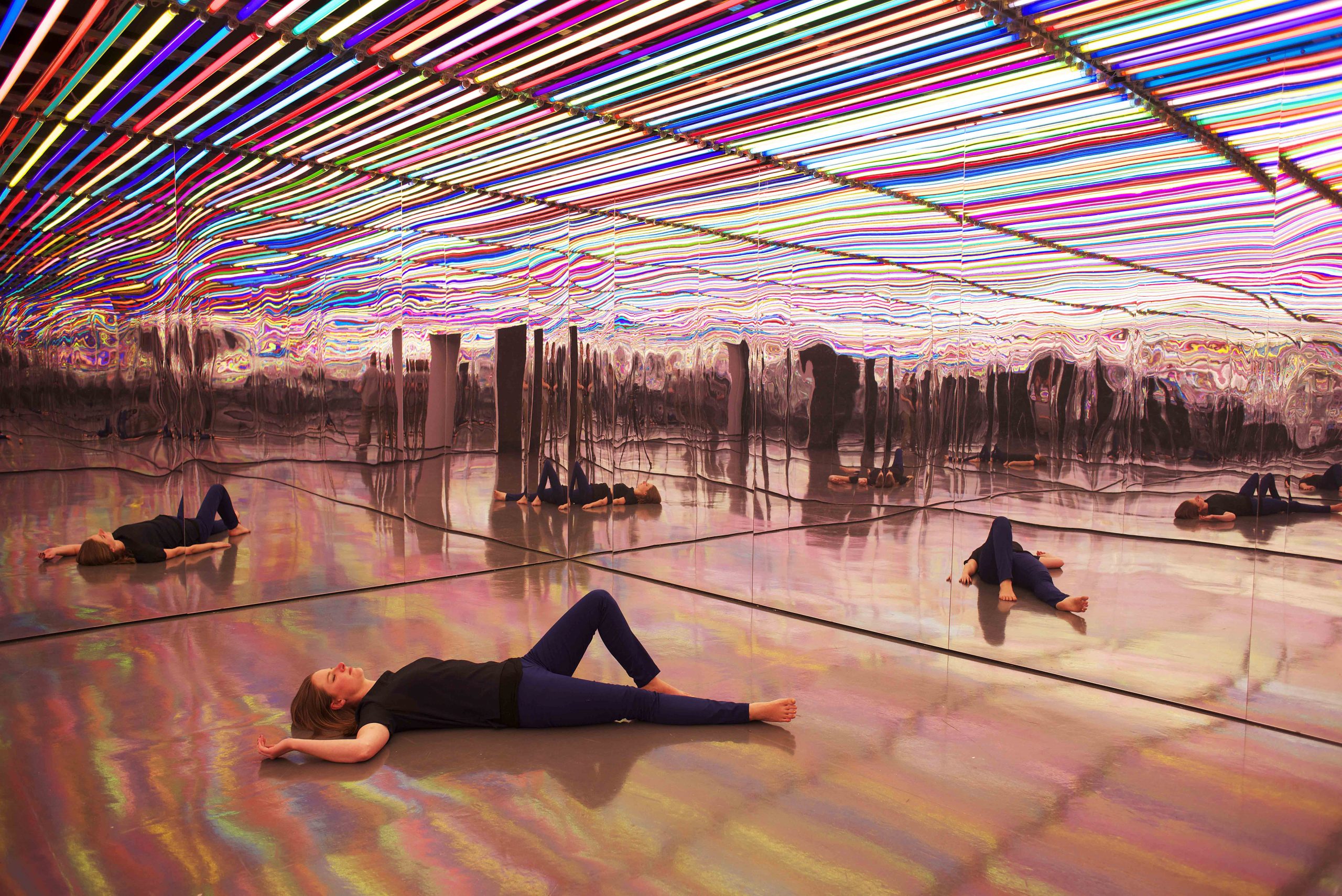 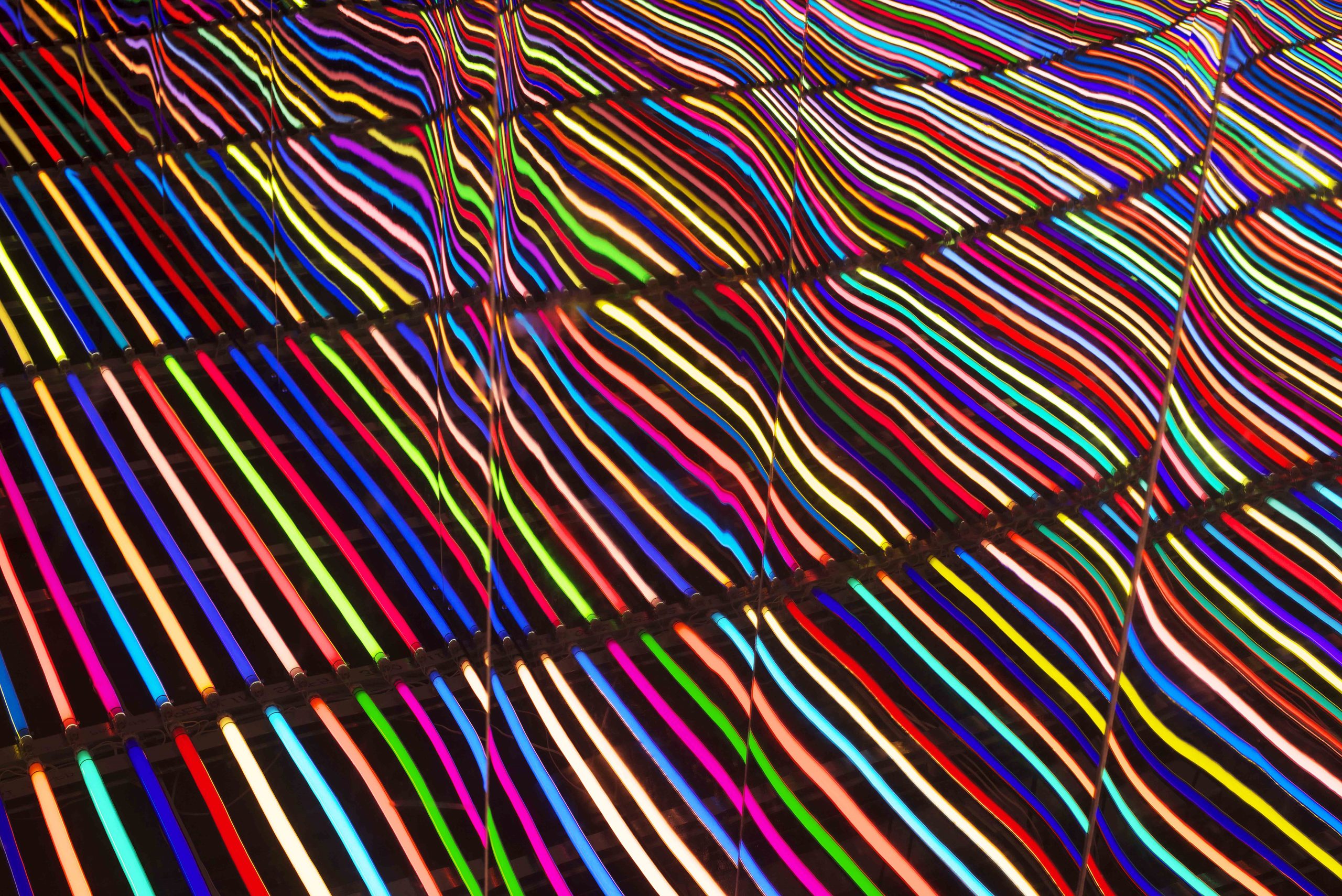 This newly commissioned work comprises a purpose-built 10m x 5m room containing 250 coloured fluorescent tubes combined with ‘infinity’ mirrors. Titled An Additive Mix, it takes the principle that white light is composed of different colours of the spectrum (additive colours) and places people in the centre of the phenomenon; saturating them in individual hues that collectively create an intense white glow in a seemingly endless space.

An Additive Mix was West’s largest commission to date, turning the occurrence of natural science on its head. The artwork diffracted colours of the rainbow and projected them to ‘infinity’ for visitors to explore.