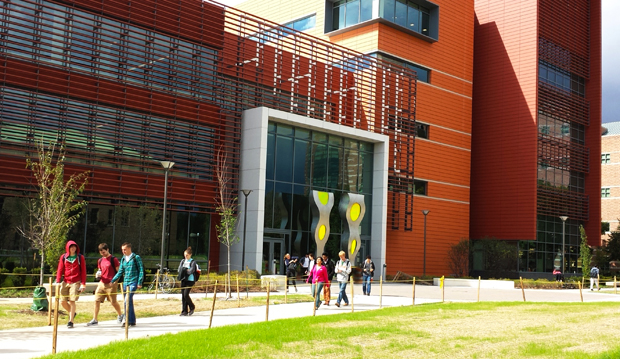 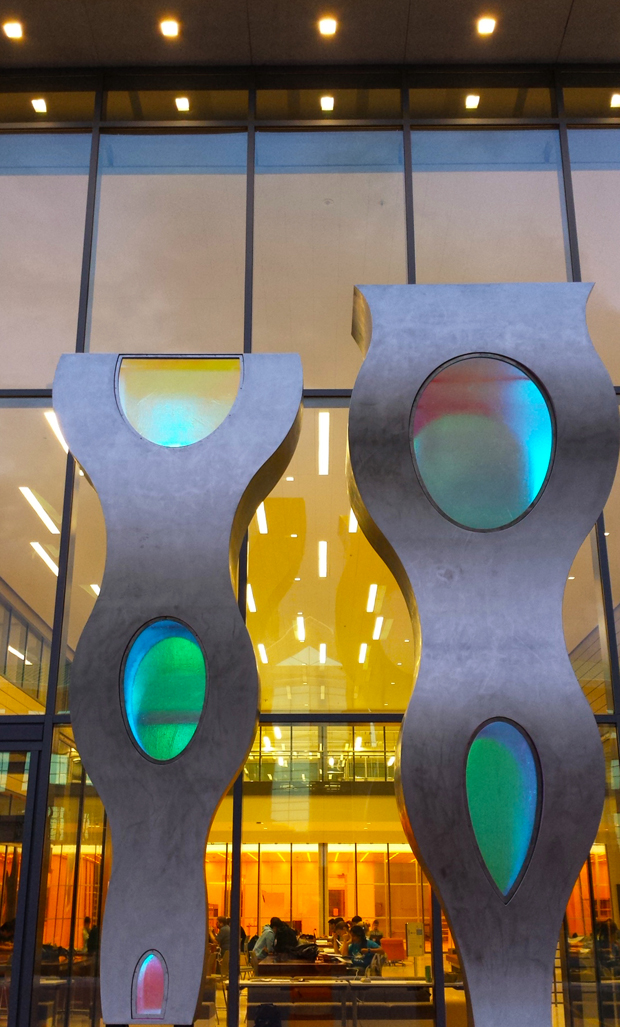 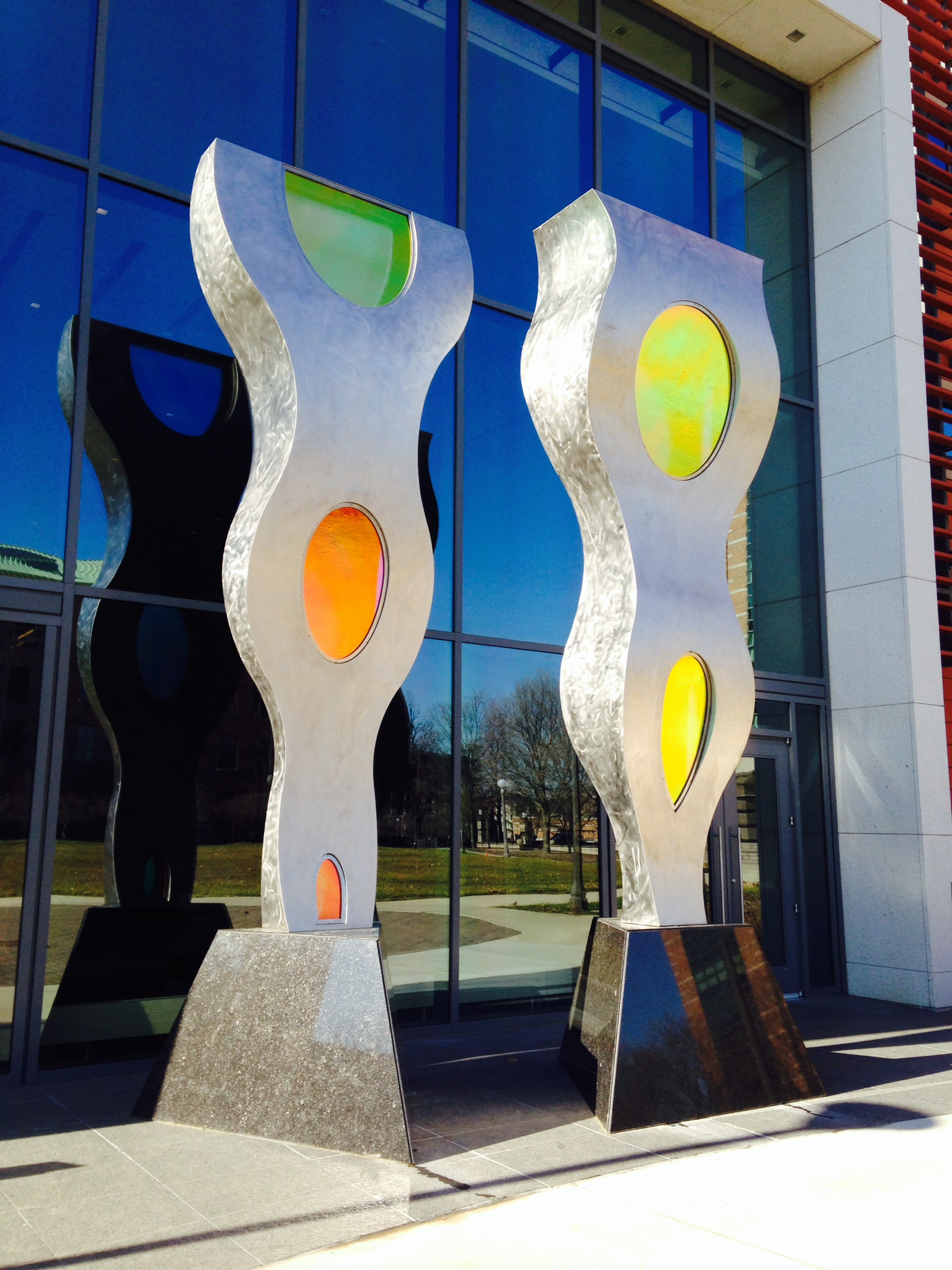 University of Illinois College of Electrical and Computer Engineering

In honor of Professors Emeriti, John Bardeen and Nick Holonyak, Jr. and their compelling collaborative & innovative spirit that spawned the discovery of groundbreaking electronics at UIUC ECE, I have created two sculptures that capture this dynamic in the abstraction of light pulses from an electron‐hole recombination and thus actualizing the physics of an LED. In "Amplifiers," two sculptures are paired, side‐by‐side also to imply the dynamic research and collaborations that have earmarked this institution for decades and to stand as an LED‐lit beacon for its future vision. It pays heed to the inherent power of two minds being greater than one (Bardeen, Holonyak, Feng, et al…) Specifically, the billowing, pulsing shape of the sculptures with glass windows mimic the light emission pulses from two electrons oscillating along the axis.

In brainstorming this design, I was inspired by extensive communications with UIUC ECE Professor John Michael Dellasasse. The sculptures represent the light pulse from sp3 hybrid orbitals in the valence band of a semi‐conductor. Details like these, as well as the formulation of a sculpture design that would speak to the history of the amazing accomplishments at the UIUC ECE were inspired by collaborating with Prof. Dellasasse. I have also been working with UIUC ECE student Brady Salz, an analog‐input & lighting specialist who is assisting in programming the LEDs for evolving color displays. The plan is to take advantage of lighting sequences that will highlight the dichroic colors inherent in the glass and to create an atmospheric quality with washes & waves of color. Additionally, the sculptures are custom fitted with luminous, laminated and tempered dichroic glass panels produced by Kaiser/vonRoenn Studio Group, specialists in customizing glass for outdoor public art projects. There was close collaboration between my fabricator Vector Custom Fabricating, Chicago in creating these fluid stainless forms.

The title "Amplifiers" is a pun on the early acronym for a LASER as an amplifier instead of an oscillator. Incidentally, the transistor was discovered at UIUC ECE by Prof. John Bardeen. Bardeen's first grad student, Nick Holonyak, Jr. later discovered the LED and was then invited to teach at UIUC ECE as well, where he and his grad students made many subsequent advances in LED technology over the decades. This sculpture was intended to honor their joint discoveries, and to become an ever-changing LED beacon of their collaborative spirits for future student researchers.