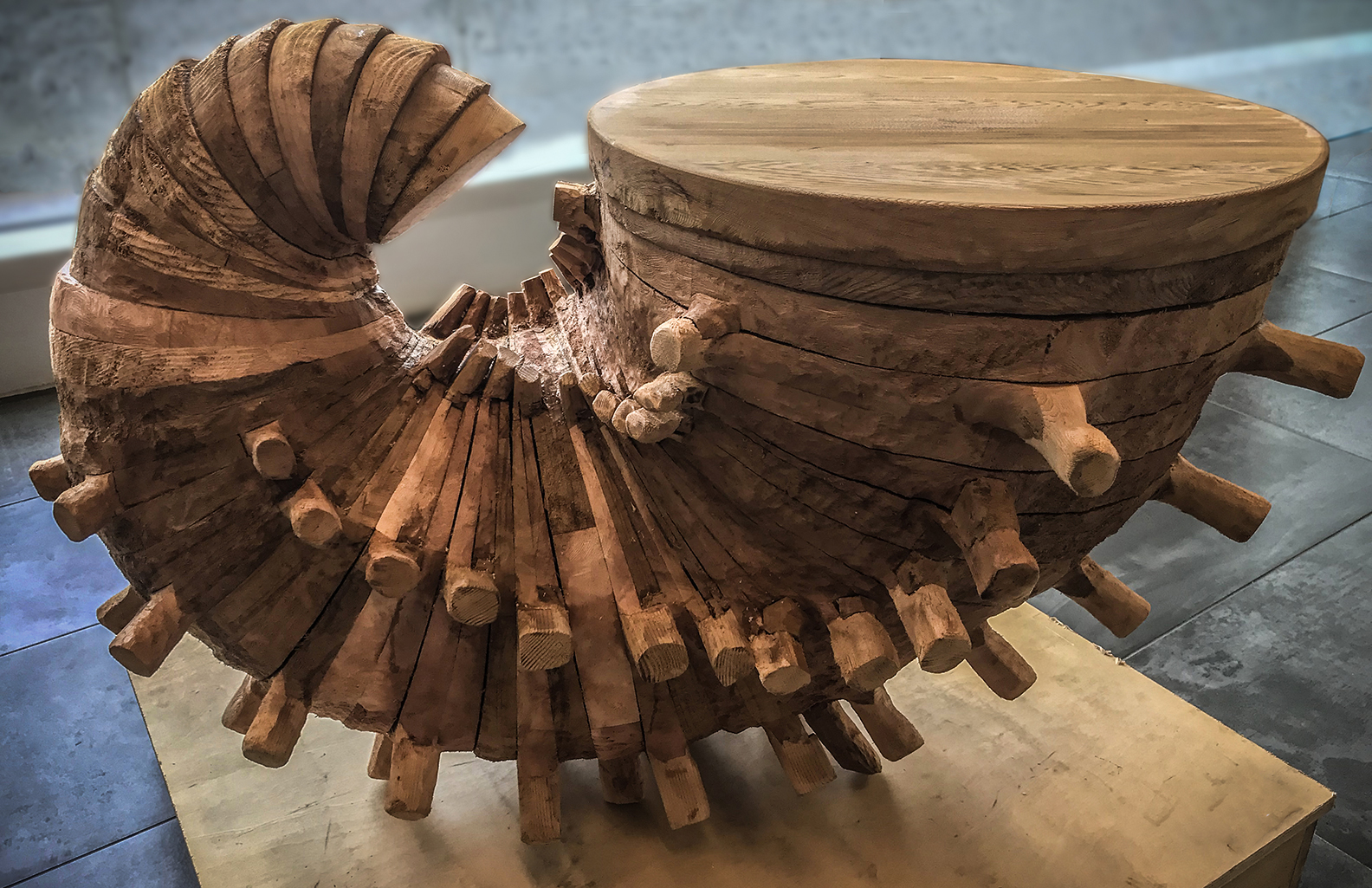 This sculpture, based on the form of an extinct sea creature, is constructed from Western red cedar. It was built from 52 individual pieces, which were designed based on an ancient Greek mathematical formula. glued, milled, and assembled into the spiral form.

The project was exhibited in a public educational space that was recently completed, as part of an Arts festival in downtown Davenport, Iowa, to call attention to the arts in the area, to associate Eastern Iowa Community College with the arts community, and to join with four other artists to publicize their work.

I inquired about exhibiting work in the newly completed EICC Urban Campus building in downtown Davenport with the head of the Art Department at Scott Community College (one of the schools in the Eastern Iowa Community College system). We agreed that displaying work in the communal spaces of the new building during the Alternating Currents downtown arts festival would raise awareness of the art itself, the artists, and the college. In addition, I agreed to also have a solo show of current work at another of their campuses and to lecture to the classes there about my work, process, and past projects- both public and private.

This piece represents my current work, which centers around functional sculpture. The process was also documented so I could use it as a didactic tool in talking to students and other artists.