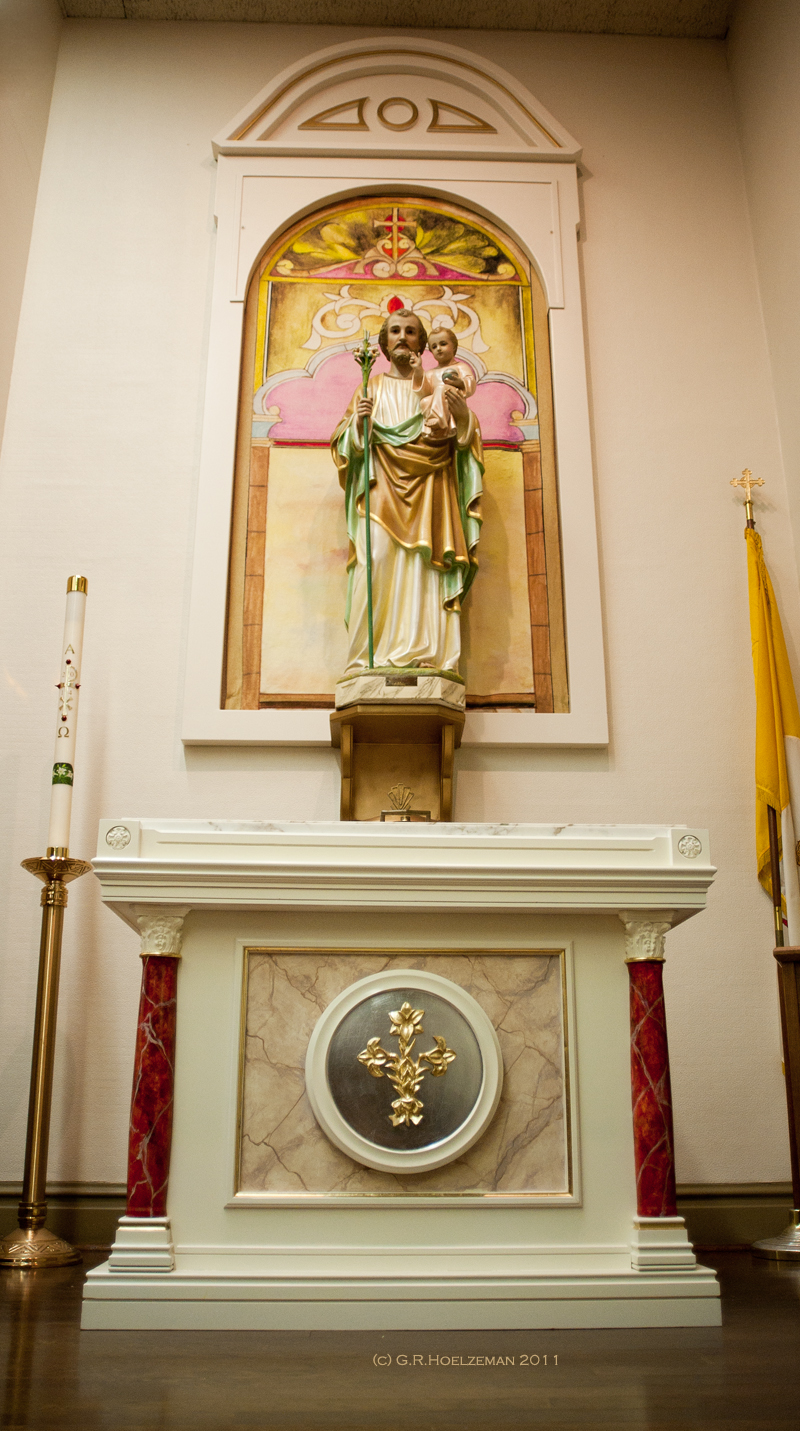 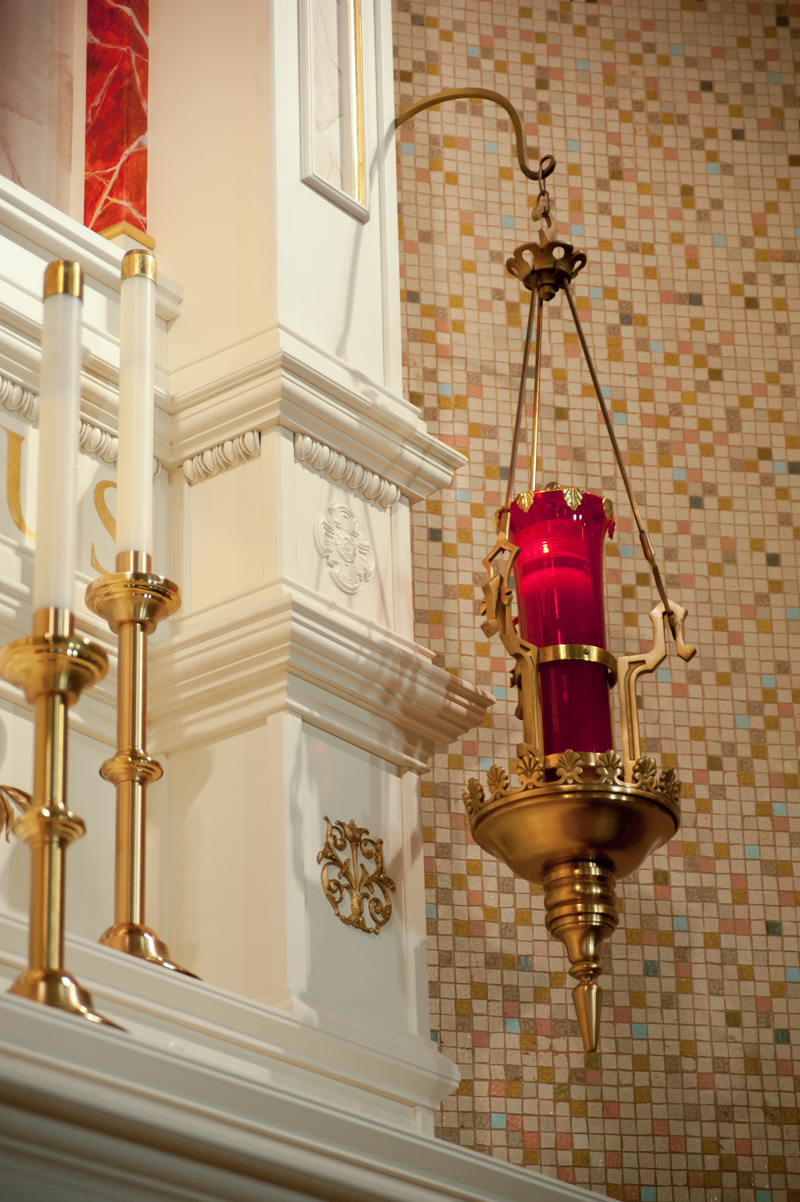 The historic altar and retable at St. Joseph's Catholic Church was destroyed in 1972. G,R. Hoelzeman Studios designed and created new casements for the existing altars and a reredos based on the original sanctuary structure. The new reredos is 11' wide and 19' tall. In 2014 the side altars were also cased to match the main sanctuary furnishings.

The historic St. Joseph's Church in downtown Marshall, TX was originally built in the 1920's. During modifications of the sanctuary in 1972 the original altar and retable were destroyed. Since the need to restore the original character of the church was paramount, historic photos of the original altar were used to design new casements and the reredos. A particular challenge was concealing the wall damaged by the erection of the arched woodwork in 1972. To accomplish this, the new reredos was designed to be taller and include an arched element. A new ciborium for the crucifix was also incorporated into the design. There was a desire to have a much larger crucifix than the original. The new crucifix was also designed and created by G.R.Hoelzeman. The figure in polychromed wood is approximately 3' tall on a cross which stands about 5' tall.

The structure was transported to Marshall in two trucks and installed over the course of four days. Because the structure is 19' tall and Hoelzeman's shop is only 14', the first time the entire reredos was together was on site. Parishoners and local construction professionals assisted in the installation by donating time and equipment.