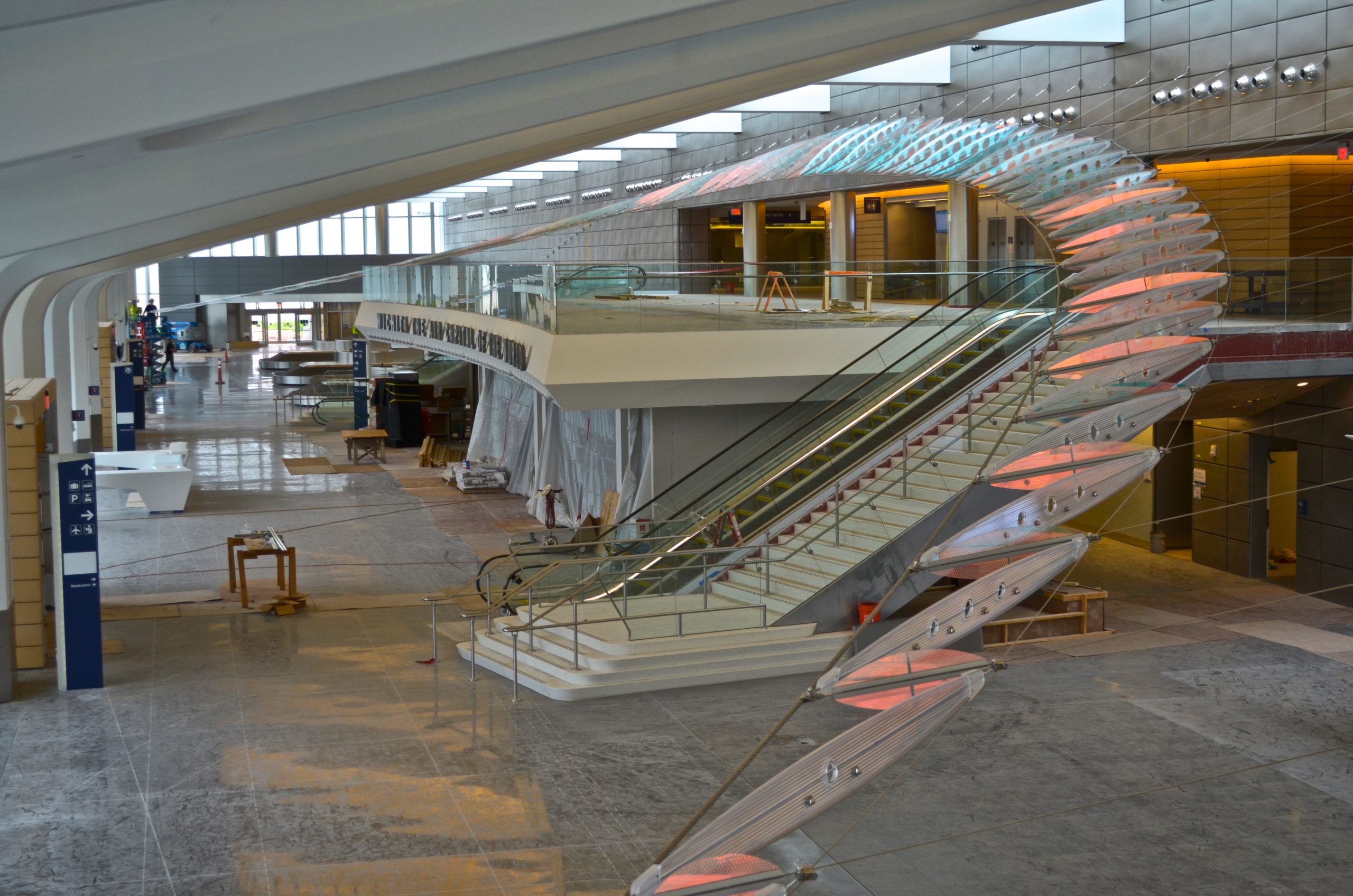 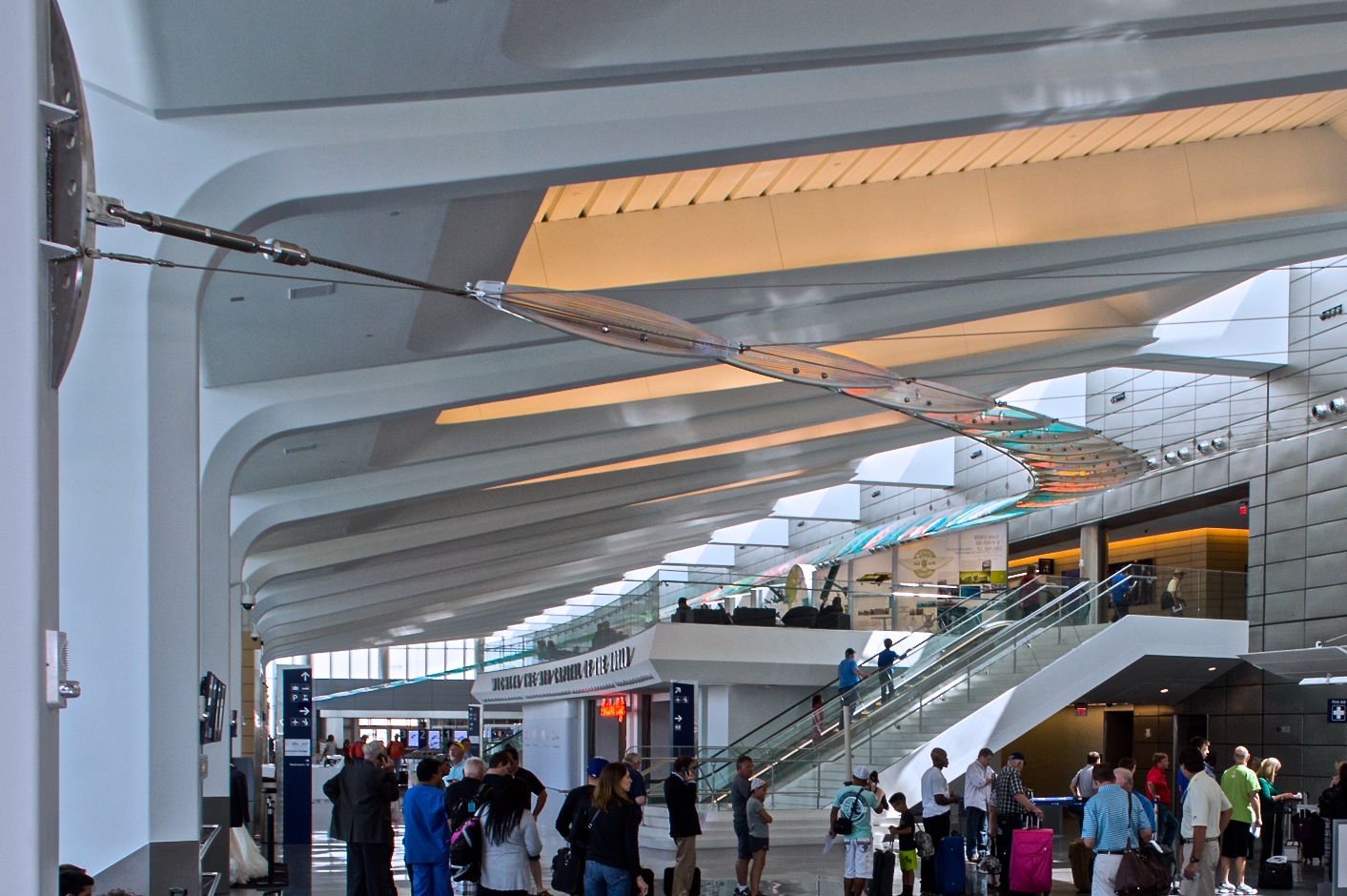 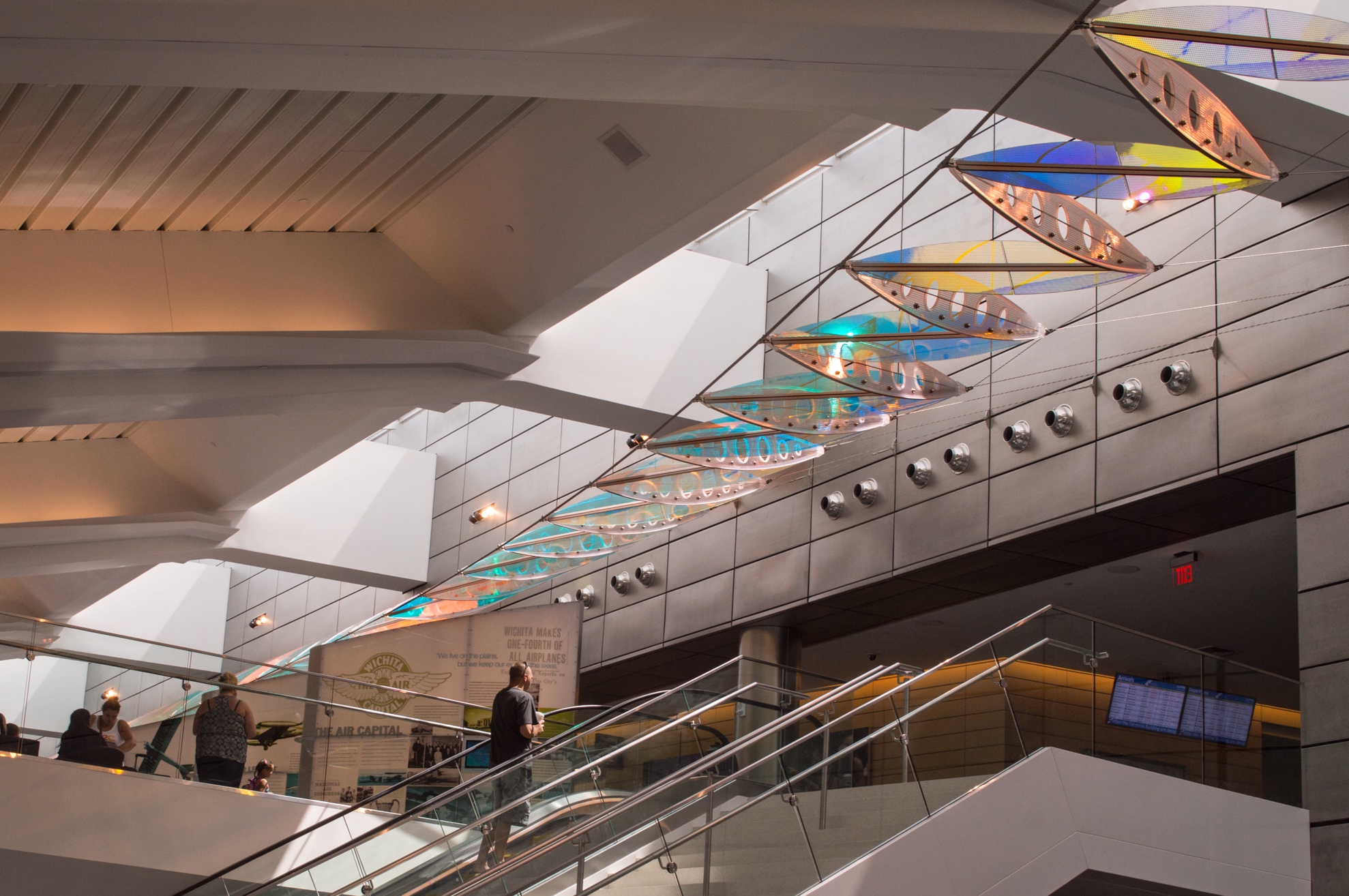 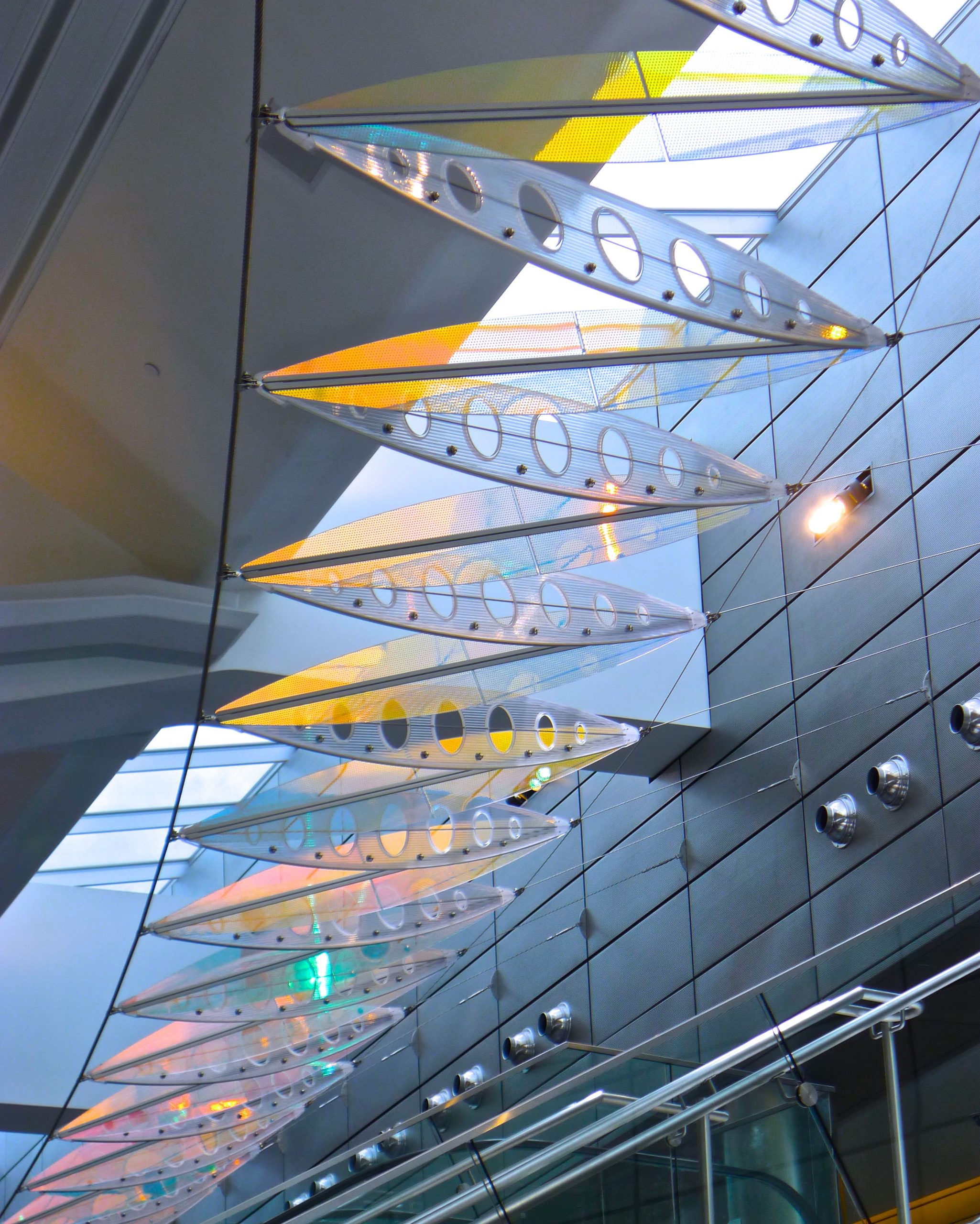 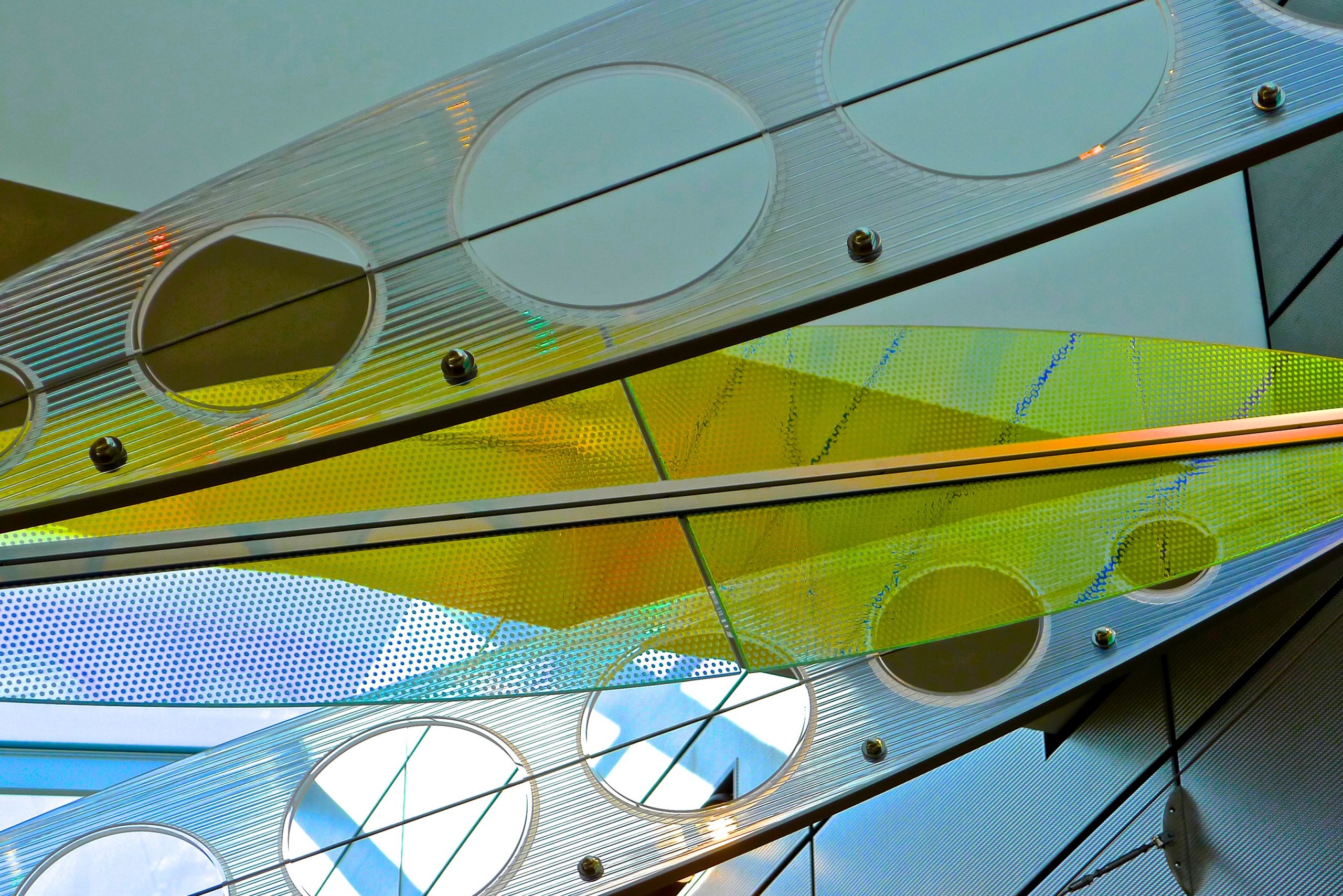 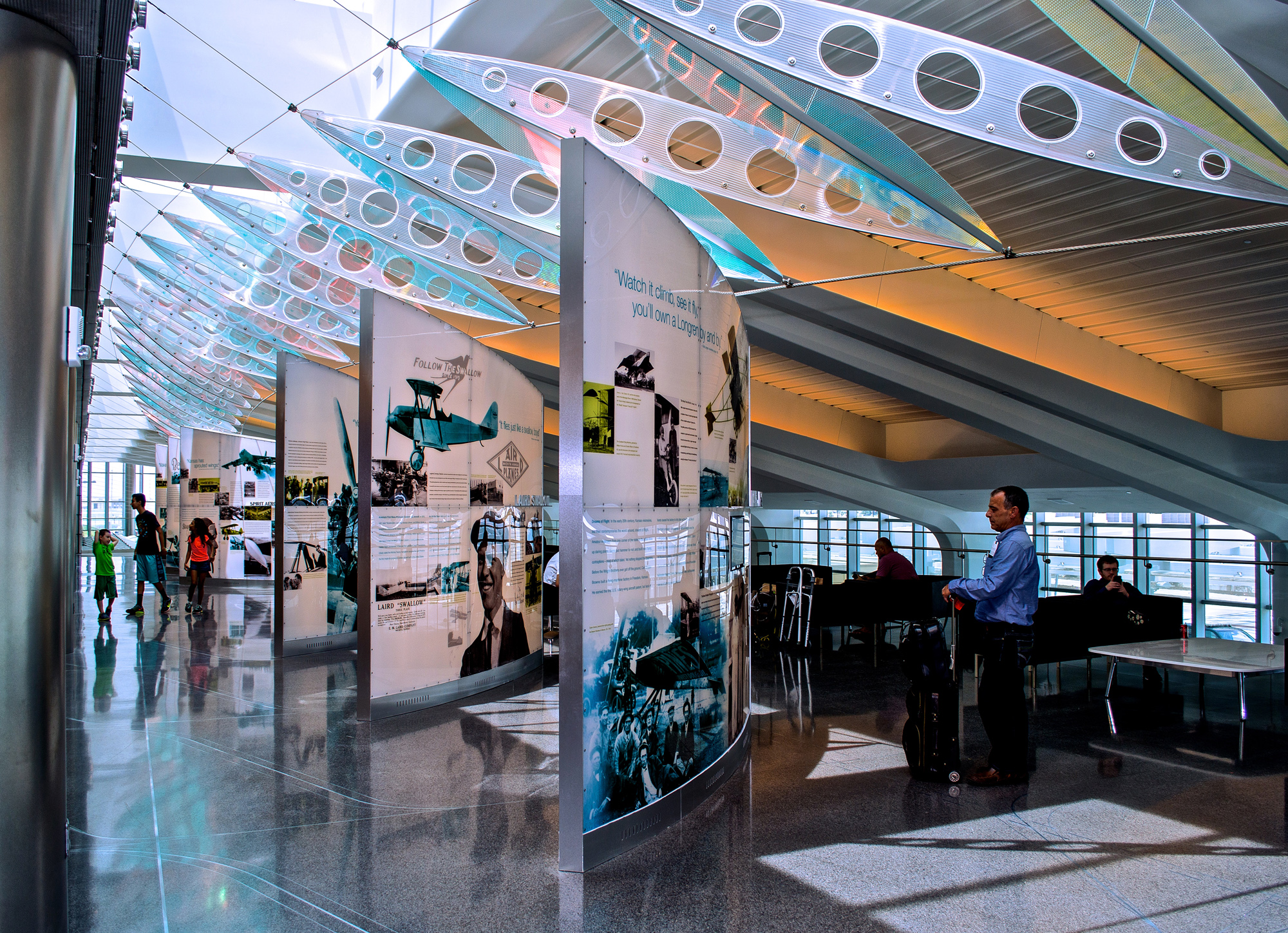 "Aloft" evokes feelings of ascent and descent, and sensations of the allure of flight. It makes an enormous aerial gesture in the space, springing from points along the architectural grid of the building, interacting with light from the skylight, and enveloping travelers on the escalators and balcony, as it soars from one end of the building to the other like an enormous abstract wing. "Aloft" is composed of a 360 foot long main cable and sixty-five transverse cables supporting alternating panels of laminated glass and cellular polycarbonate.

This project involved a large design team including architects, engineers, a lighting designer, and various Owner representatives. Ed Carpenter was selected and brought into the design team during the Design Development phase of the project, allowing discussion of his ideas by the entire team and incorporation of his anchors and lighting into the construction documents. The sculpture involves a 360' long main cable and 64 secondary transverse cables supporting the work, all of which are connected at points along the structural grid, resulting in seamless integration into the architecture. The fabrication of the work involved numerous sub-contracted trades working closely with Carpenter over a period of more than three years. Installation involved close coordination with the general contractor as well as navigating daunting TSA restrictions for Carpenter and his crew who did their work just a few weeks prior to the opening of the airport.