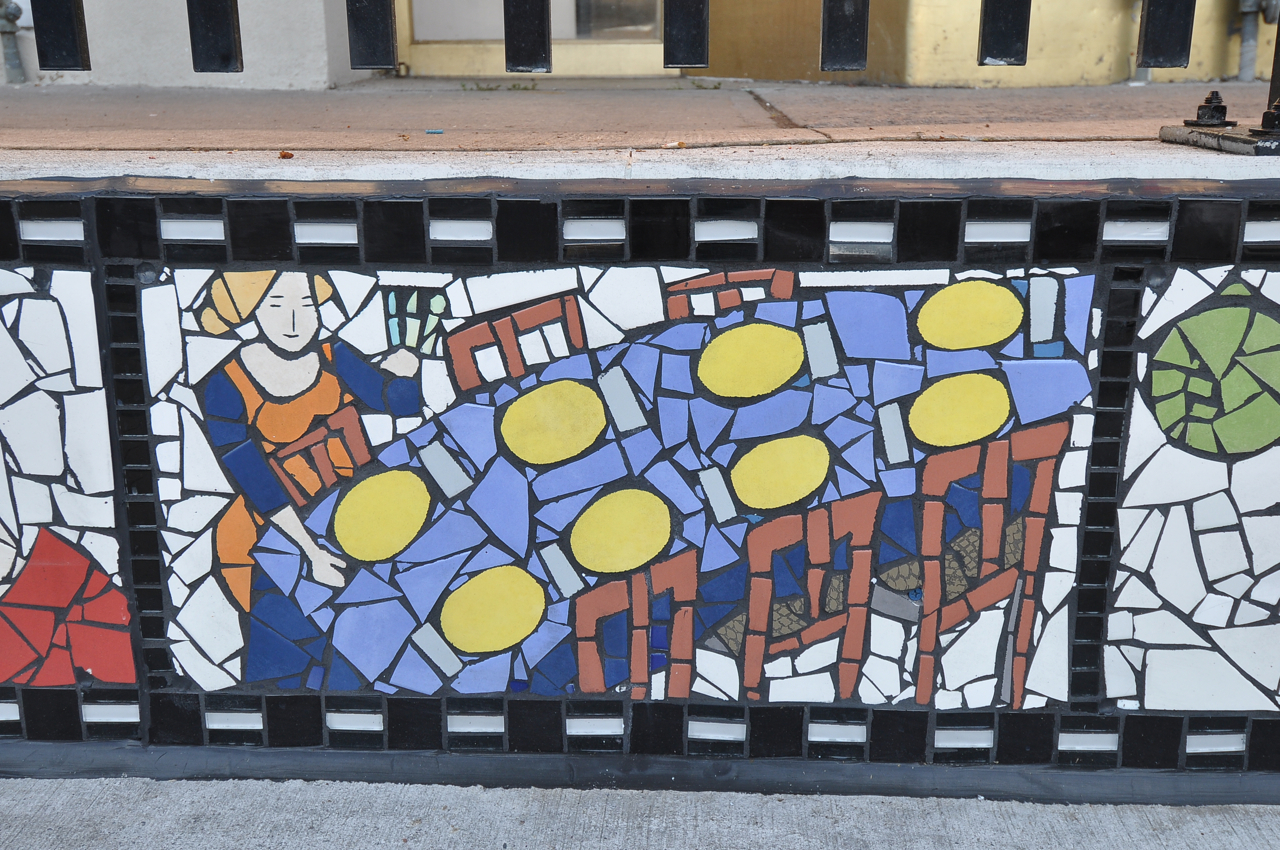 This mosaic mural theme is based on scenes from the animated film Almonds and Wine, which brings a Yiddish folk song to life as a young bride and groom from Eastern Europe journeys to North America. It is a 60-metre long retaining wall which is covered with 42 removable panels each fife feet long and various heights showcasing 84 scenes from the movie.

The project came to fruition after Eglinton-Lawrence Councillor Howard Moscoe, who represented the area, proposed integrating public art into street improvements on Bathurst Street. This is a Jewish area and the mural reflects their history and traditions.

Working in collaboration with several art groups, a location was chosen and it was decided the art work would be selected from a movie showcased at the Jewish Animated Film Festival. Some 200 people attended the festival and the viewers chose the film Almonds and Wine by Toronto filmmaker Arnie Lipsey to be the subject of the mosaic mural.

Because of the tricky location, (street level), the material and installation had to be picked very carefully so it would survive the harsh weather.