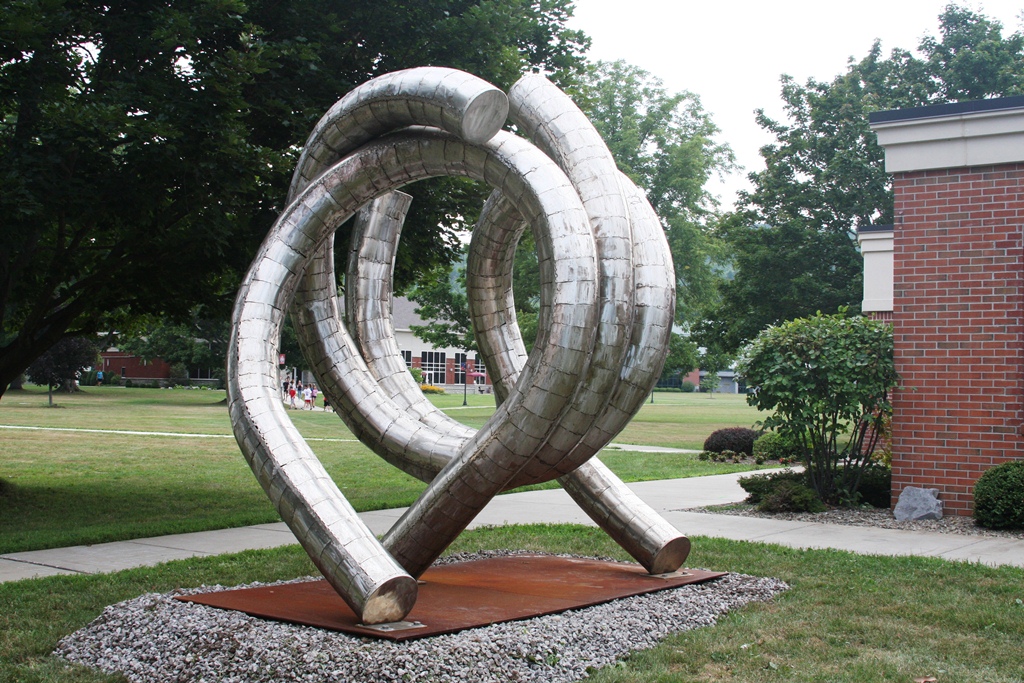 All Cylinders explores the concept of implied motion and the relationship between numerous elements to create a unified whole. The sculpture is fabricated sheet stainless steel and its dimensions are 11’(H) x 10’(W) x 7’(D).

Some of the board members at this private secondary school had made the decision to make improvements to the grounds of their campus by installing public art. They were less concerned that the artwork would be compatible with the existing architecture and more interested in pleasing the various constituencies that interact on the campus. Representatives from the Alumni, faculty, students, and trustees were consulted in order to confirm unanimous approval of the design.

I was approached by representatives of the school who had visited my website and expressed interest in a possible commission. They followed up with a studio visit which led to more detailed discussion about the type of sculpture they were hoping to purchase. One person was a member of the board of trustees and the other was the director of annual giving. They emphasized the desire to have the sculpture symbolize the spirit of the student body, which is composed of 9th through 12th grade boys. They described these students as operating on, “all cylinders”, which stuck with me as an interesting metaphor. As our planning continued, we talked about the sculpture being able to represent the numerous aspects of the school that work together to make it stand up as a whole. They also were able to provide me with a site plan and warned of the fact that there would almost certainly be students trying to climb on the sculpture. Eventually, I was able to construct a scale model of the proposed sculpture that, after taking all requests into consideration, could be viewed by the entire community.