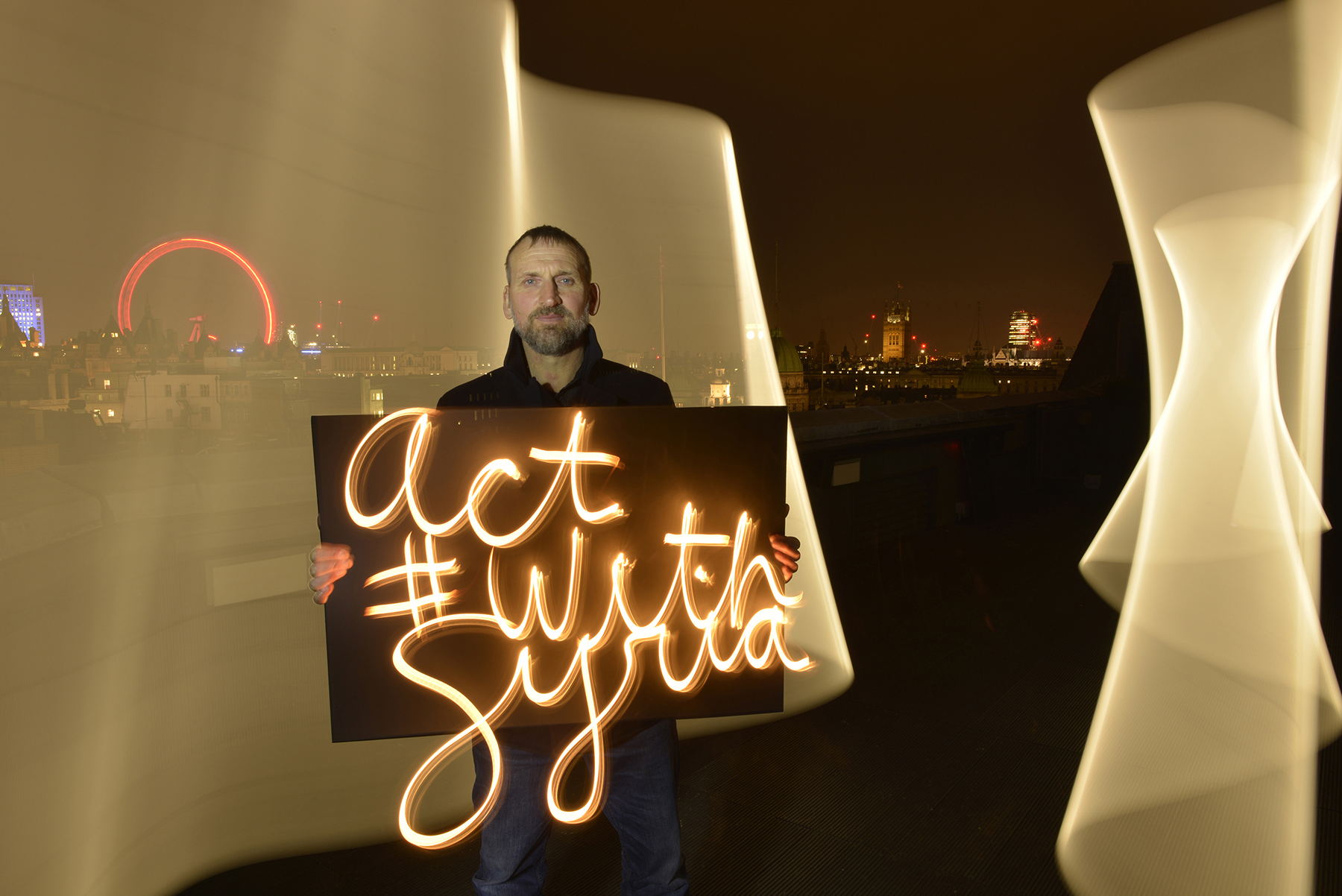 In March 2015 I worked Oxfam International to create the Act #withSyria campaign images for the tragic 4th anniversary of the Syrian crisis to highlight the country's lack of electricity to 'shine a light on Syria' through my signature light graffiti and light painting photography.

The artwork was the project. The photos were used on Twitter & social media for the campaign. There were two separate goals. One was to use photos of international cities as backgrounds with the light graffiti text created in studio overlayed onto the various city images. The second goal was to do a photo shoot in London on the roof of the Trafalgar Hotel with a group of people supporting the cause.

Oxfam wanted to commission me but I declined any payment as I was happy to donate my work for the cause if they covered expenses. We had one night only to do the photo shoot. Everything came together extremely well and it was an absolute pleasure to work with everyone at Oxfam--especially Caroline Berger and Kim Manning-Cooper!

I care deeply about humanitarian issues and these types of projects are extremely important to me! I believe activist art helps communicate the critical issues of our time and inspires others to take action to participate in working towards a better humanity!