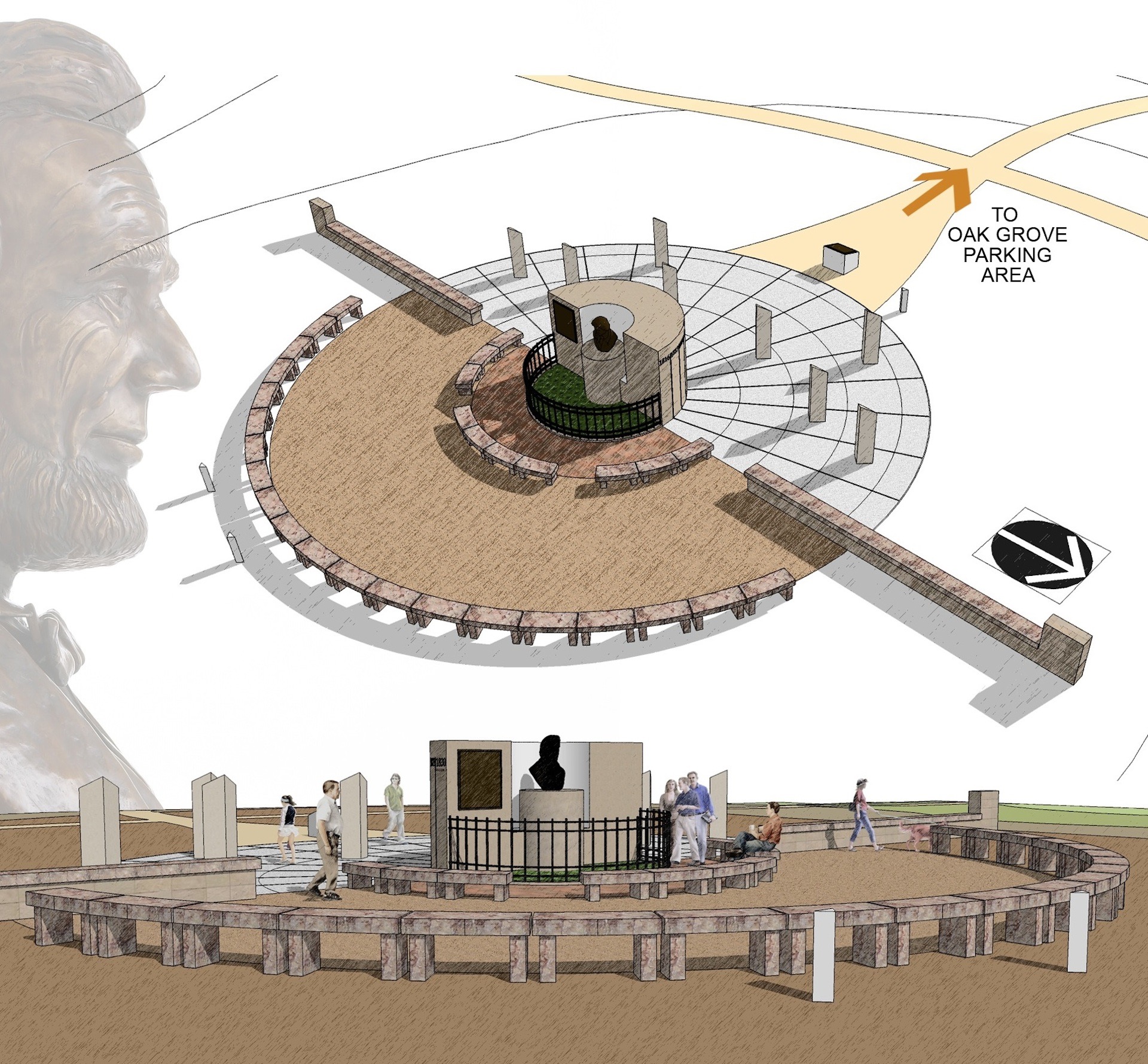 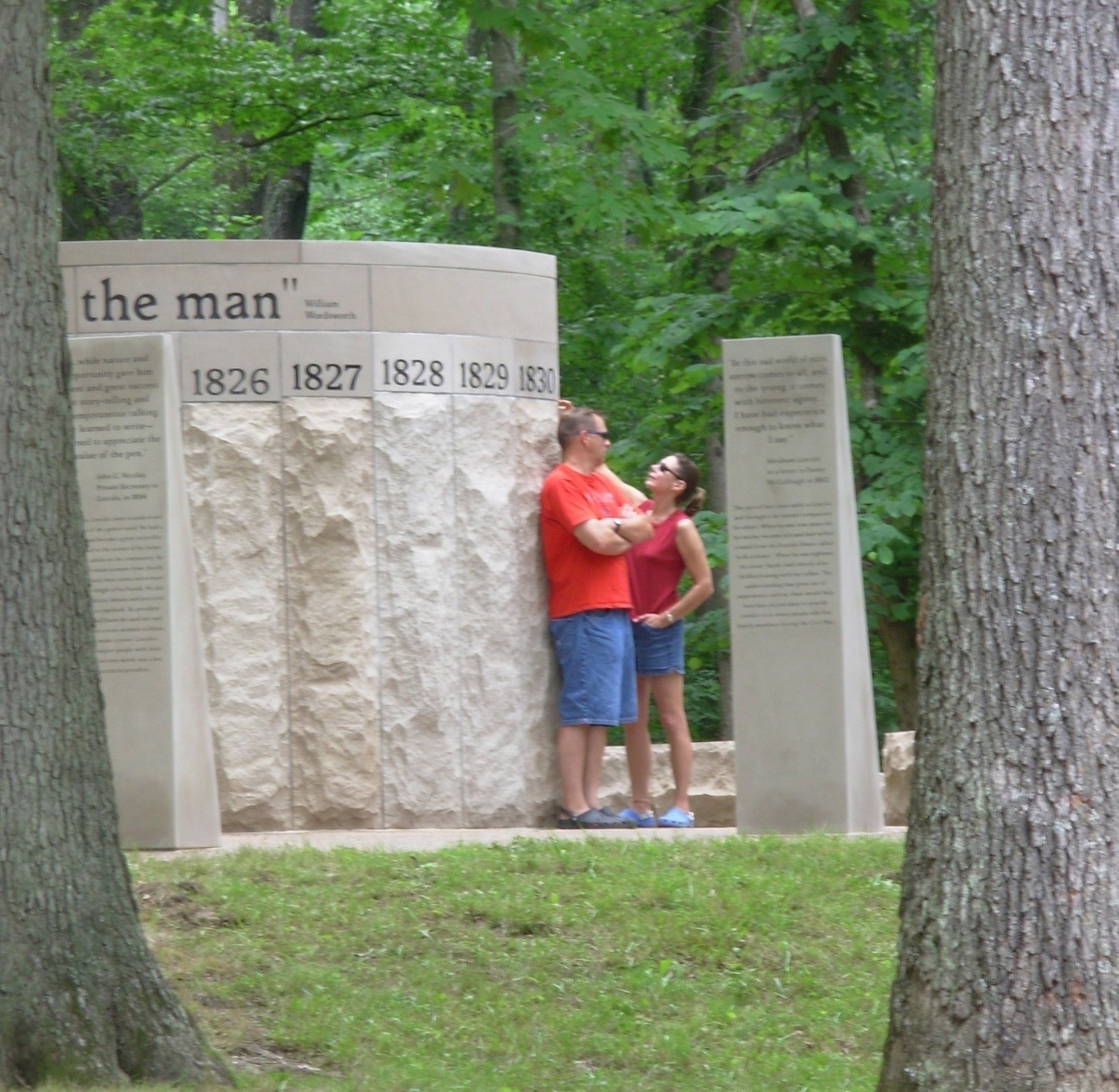 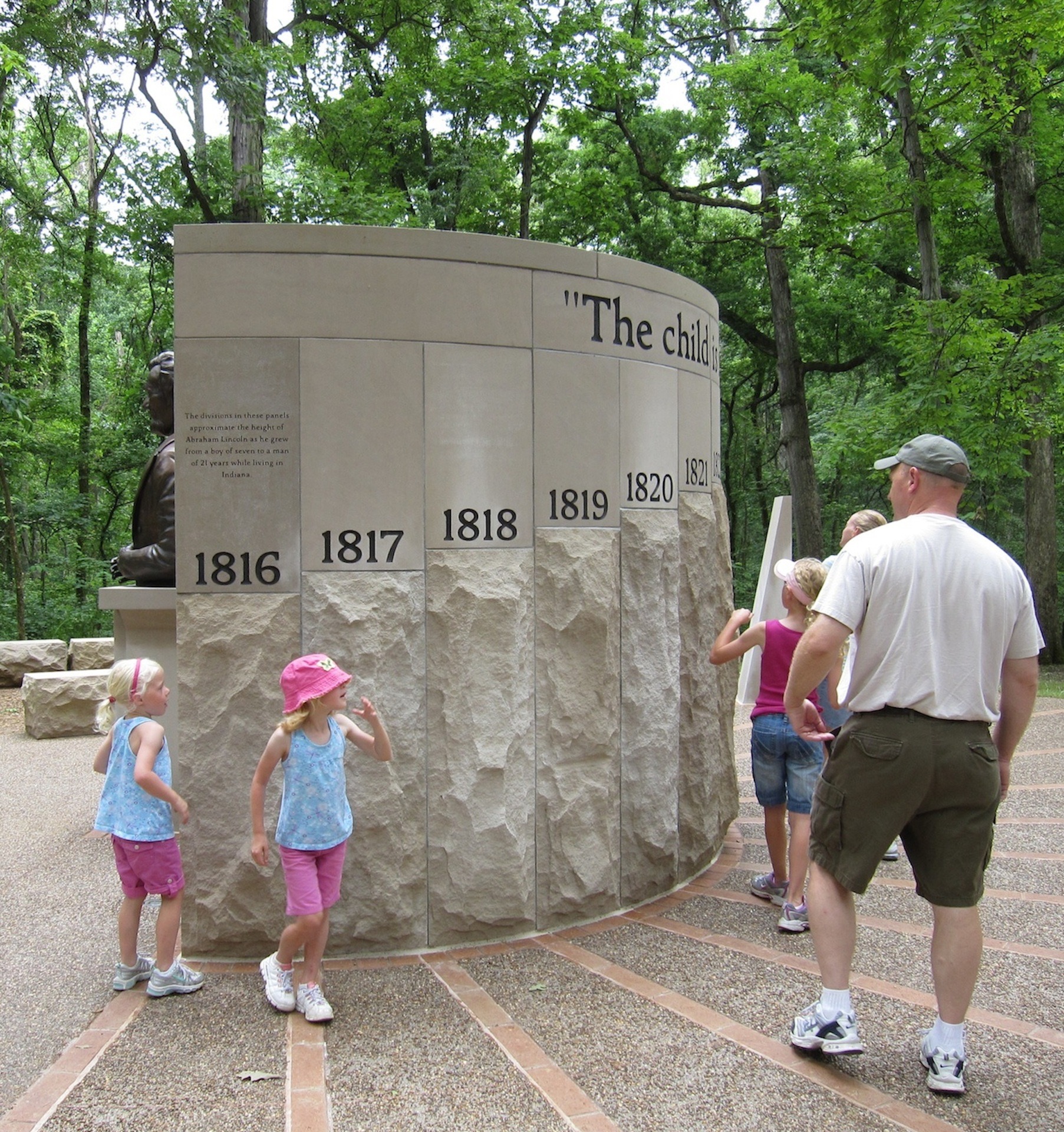 The 60' diameter plaza commemorates Lincoln's formative years in Indiana: ages 7 to 21. The learning side displays pillars describing experiences of Lincoln's boyhood in Indiana and their influence on his character as President. The back half is a place of contemplation with a bust of the adult Lincoln (by Will Clark) and quotes from his presidency. A central stone cylinder, inscribed with the quote “The Child is Father of the Man” (Wordsworth), is divided into 15 parts representing the years Lincoln lived in Indiana. Each part is divided horizontally indicating his probable height from ages 7-21.

The Plaza is located in the Lincoln State Park in Spencer County, Indiana near Lincoln's Boyhood Home. It was funded by the Indiana State Legislature. The design was selected from a state-wide design competition conducted by the Indiana Abraham Lincoln Bicentennial Commission and the Indiana Arts Commission.

State historians and Lincoln scholars provided valuable information for the inscriptions documenting Lincoln's boyhood experiences in Indiana which are exhibited on the "Learning" side of the Plaza . Will Clark, bronze artist, created the bust of the adult Abraham Lincoln which is displayed on the "contemplative" side.