Labyrinth: A Walk in the Clouds - CODAworx 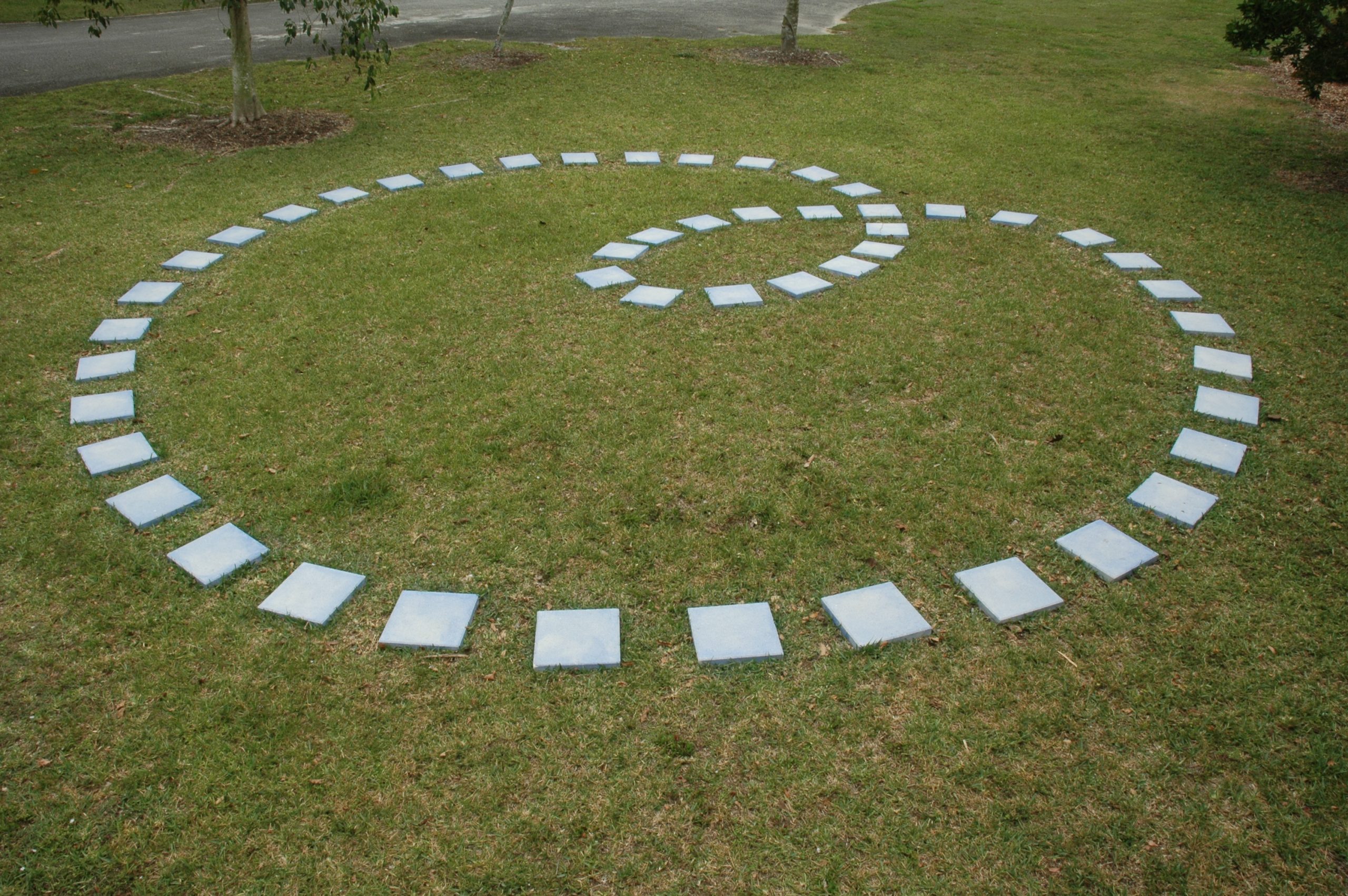 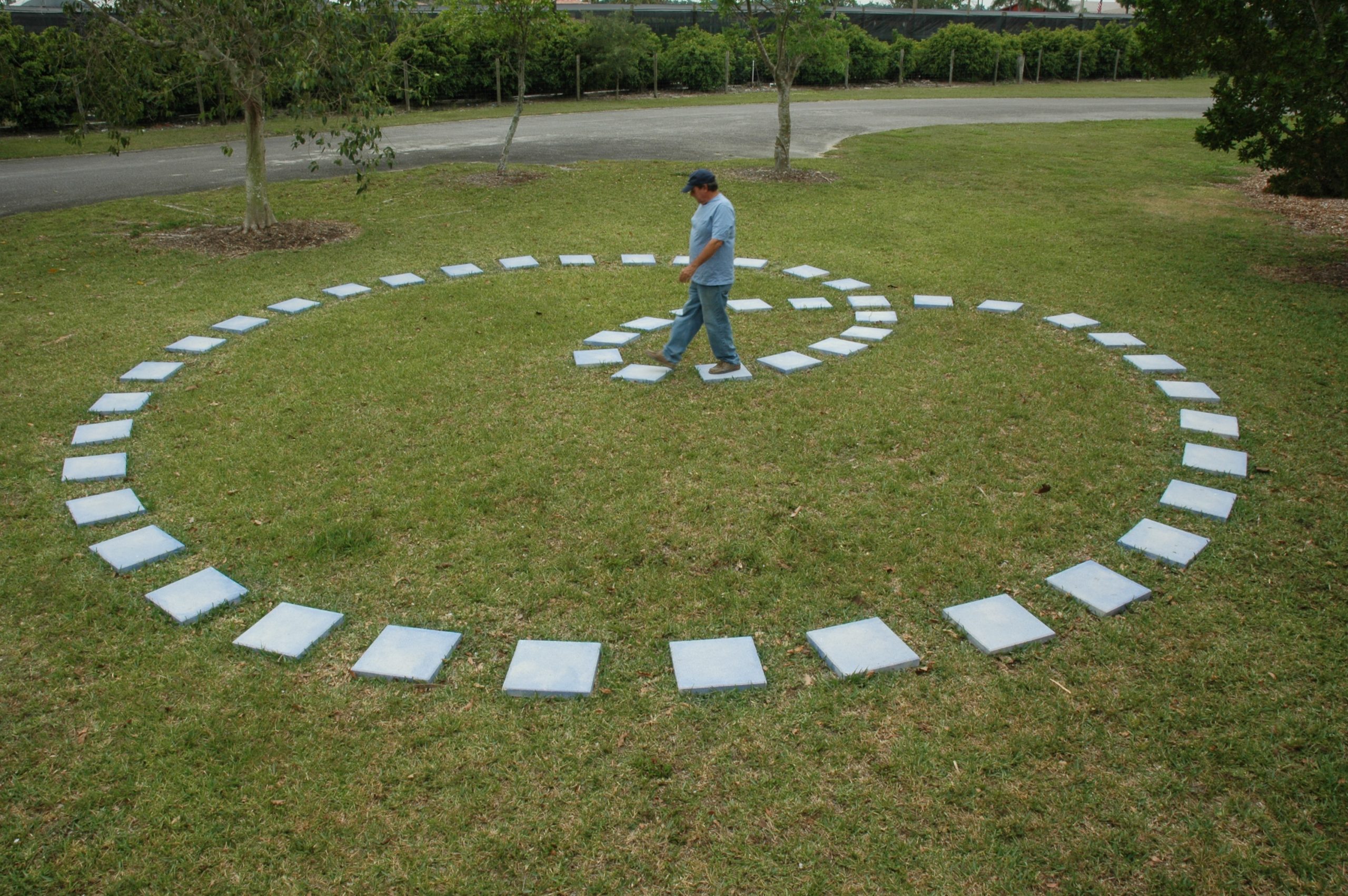 This work was installed at Castellow Nature Park in Miami-Dade County for an exhibit sponsored by the Parks and Recreation Department in the general area of the entrance to the Park adjacent to the pavilion and on the way to the learning center buildings. This work is modeled after a mathematical form called Limacon of Pascal. I accidentally developed it working another piece and thought it was very beautiful. As one walks on the stepping stones through the circle and the loop it will have a subtle effect of reconnecting conscious and subconscious realities.

The project was a four month exhibit of installations of which I did two. A Walk in the Clouds was near the park's pavilion and was intended to be a meditative walking path/"labyrinth". The way the work integrated was to fit the work into an existing open space adjacent to the park pavilion so that people would be able to interact with it by walking the labyrinth. The second work was titled Fairy Circle-Calling Down Yves Klein created in the middle of the native forrest.

Castellow Park, in the southern part of Dade County, is a nature preserve. This was an invitational installation which was in place for around four months. Discussions with the curator of the project, the director of the Parks and Recreation, and the managers of the park itself lead to the types of works that I presented and were approved by them which lead to the quiet nature of the park and the finding of energy points within the natural environment of the forest.