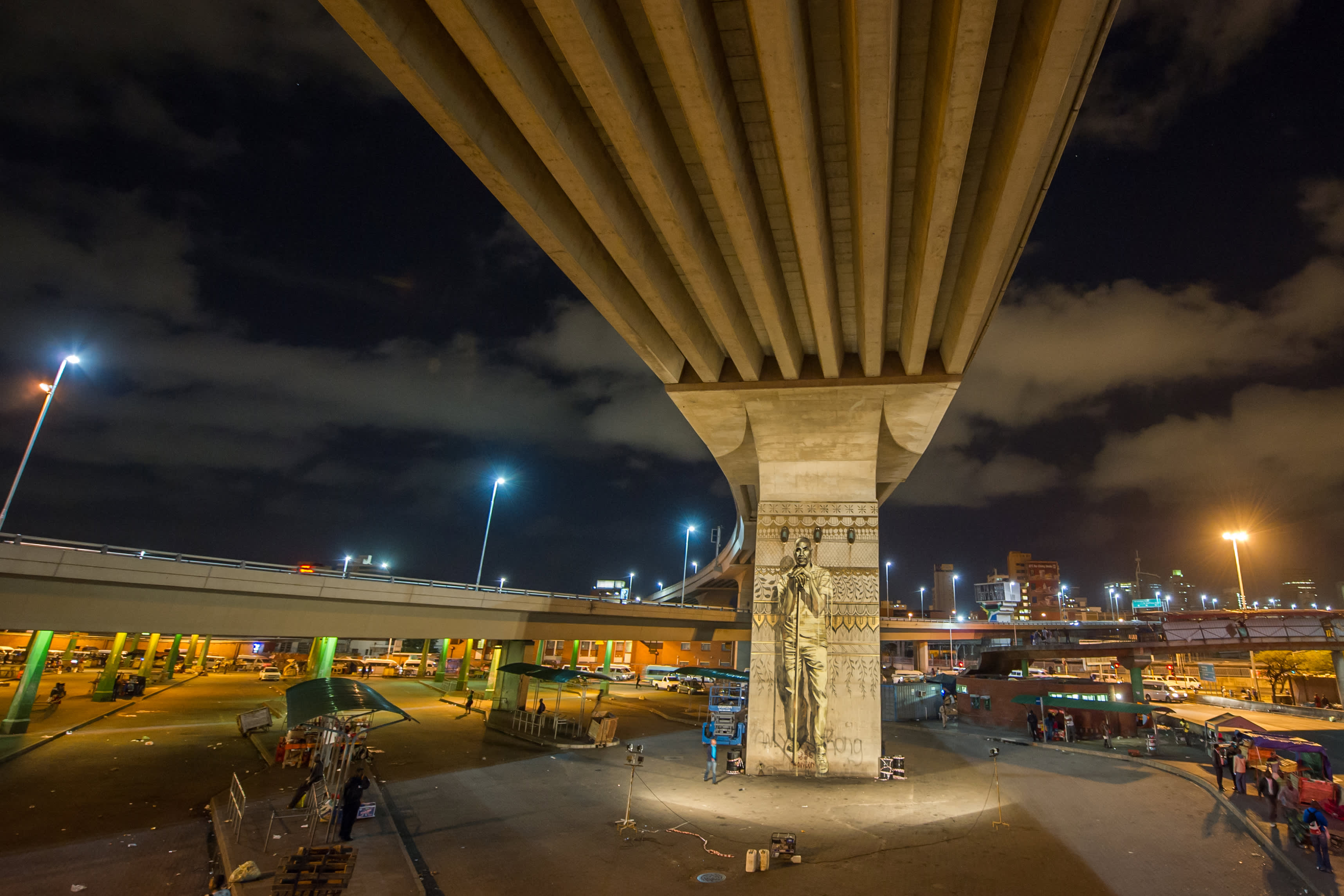 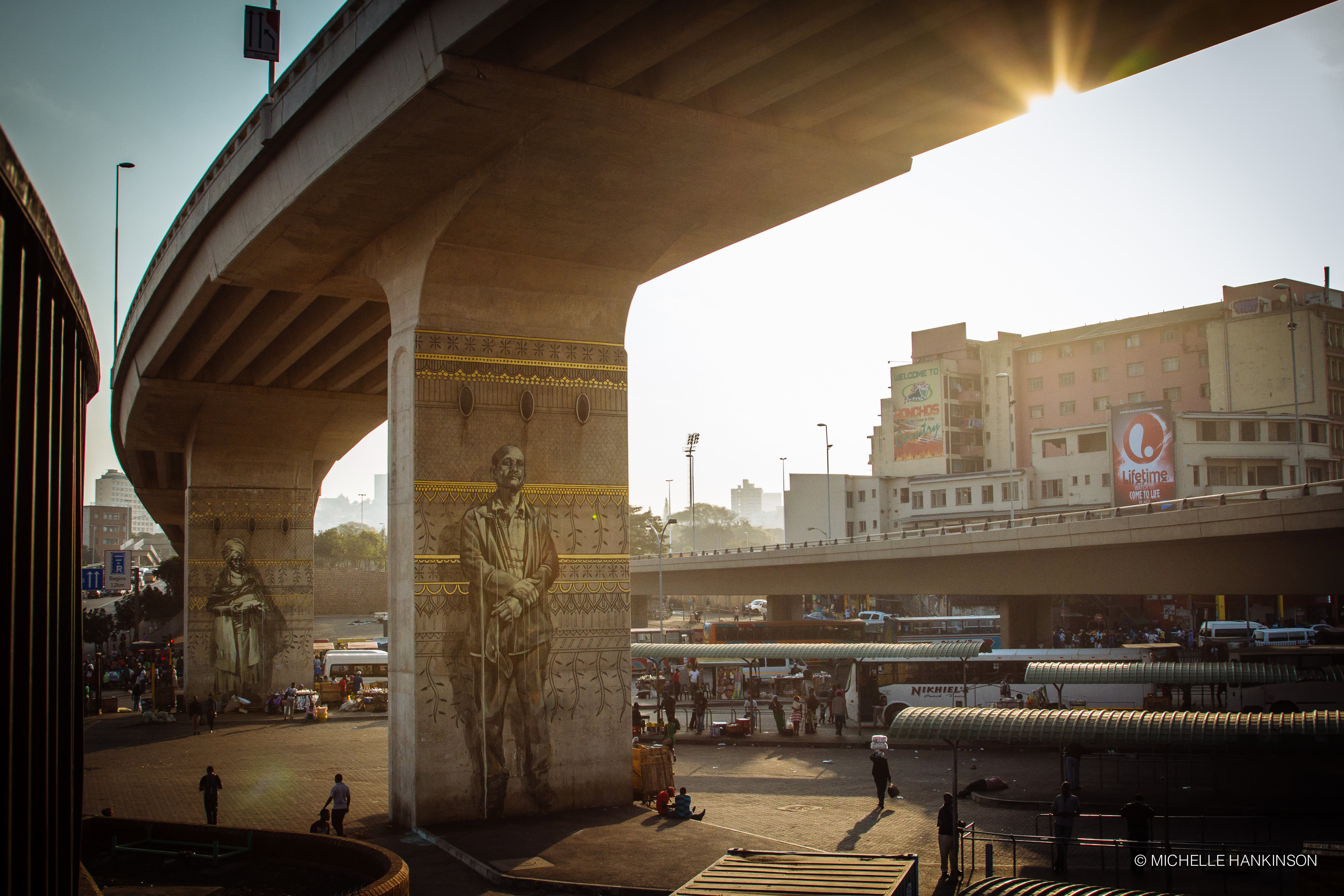 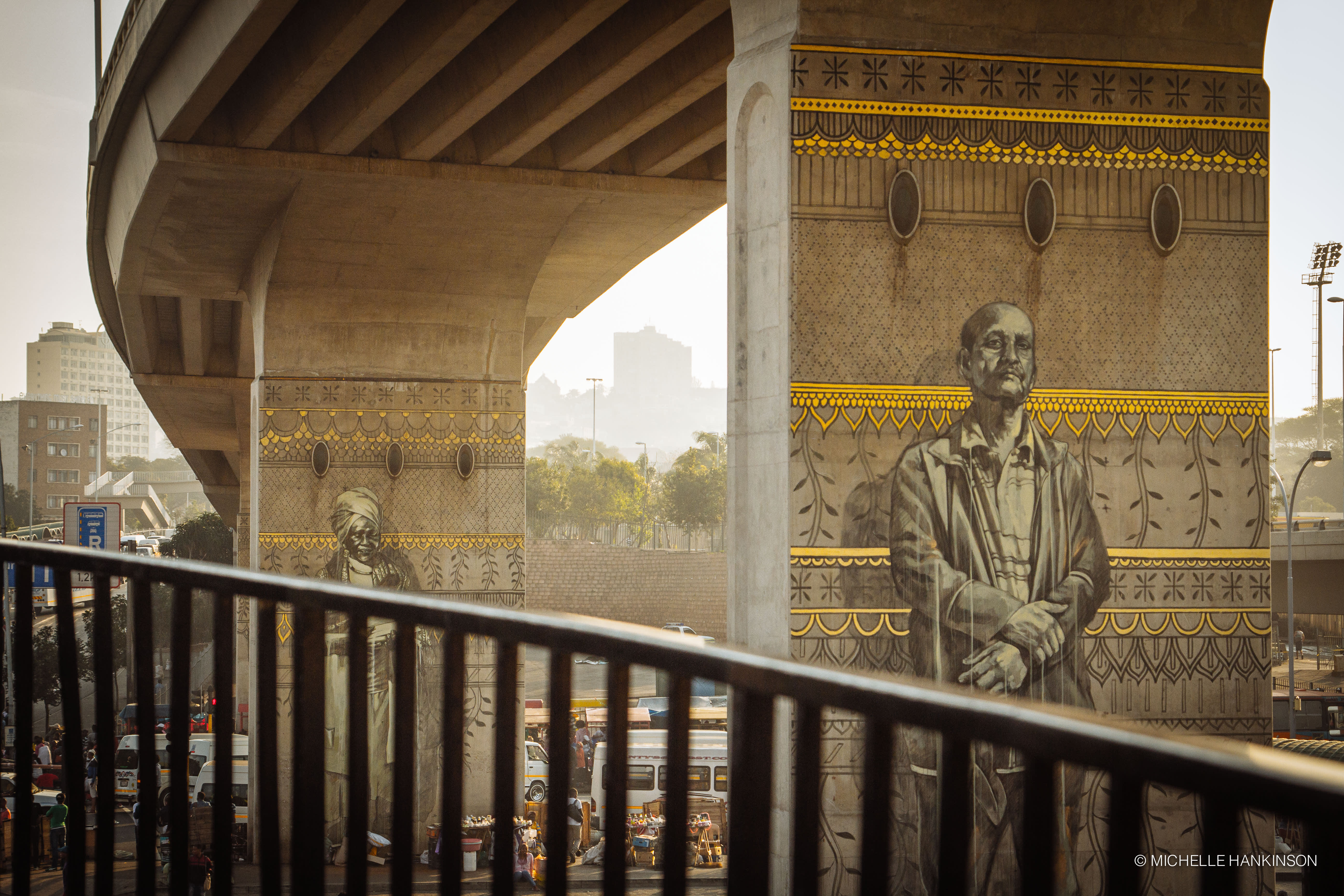 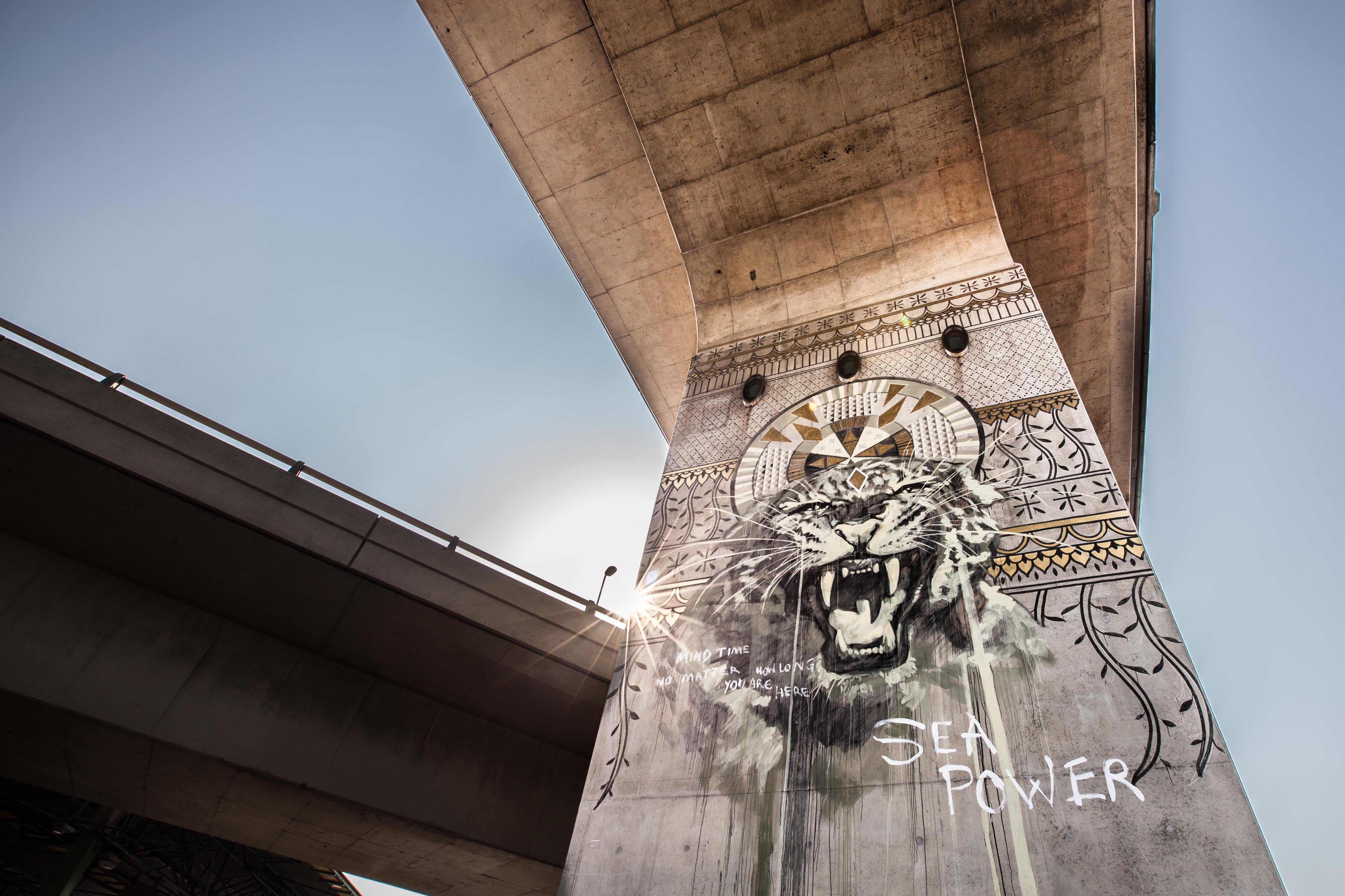 In July 2014 We completed the painting of six huge portraits, on four of the supporting columns of the N3 viaduct adjacent to the Early Morning Market in Warwick. This is one of the Fringe Projects that formed part of the 25th World Congress on Architecture, UIA2014. These artworks pay homage to the men and woman living and working in the area.

We were invited to create a public artwork in the Warwick Triangle, a contentious area, as the city wants to curb informal trading, and Warwick Triangle is a chaotic and uncontrollable hub of all sorts of trading. It is a layered, and dangerous area which is home to taxi ranks, herbal doctors and meat and mphepho markets. In painting the portraits of the traders themselves into this space, we in a sense solidify their ownership of this place, we aimed for the paintings to be an ode to the everyday working class person.

We had a team of assistants and we tackled the wall in two session of two weeks. we initially explored the market and chatted with some of the traders, invited four individuals to a photoshoot and they became the main figures for this monumental project.