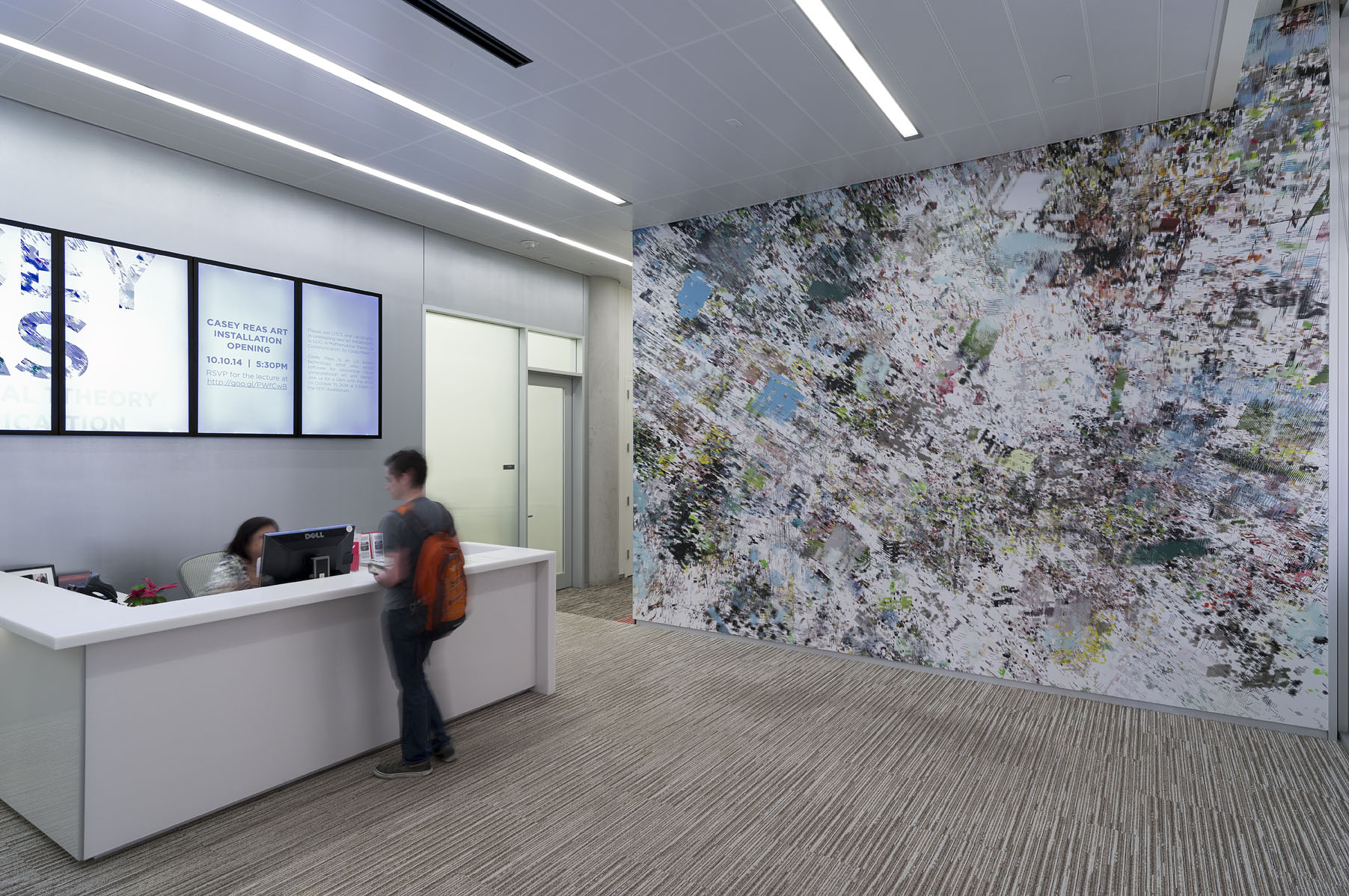 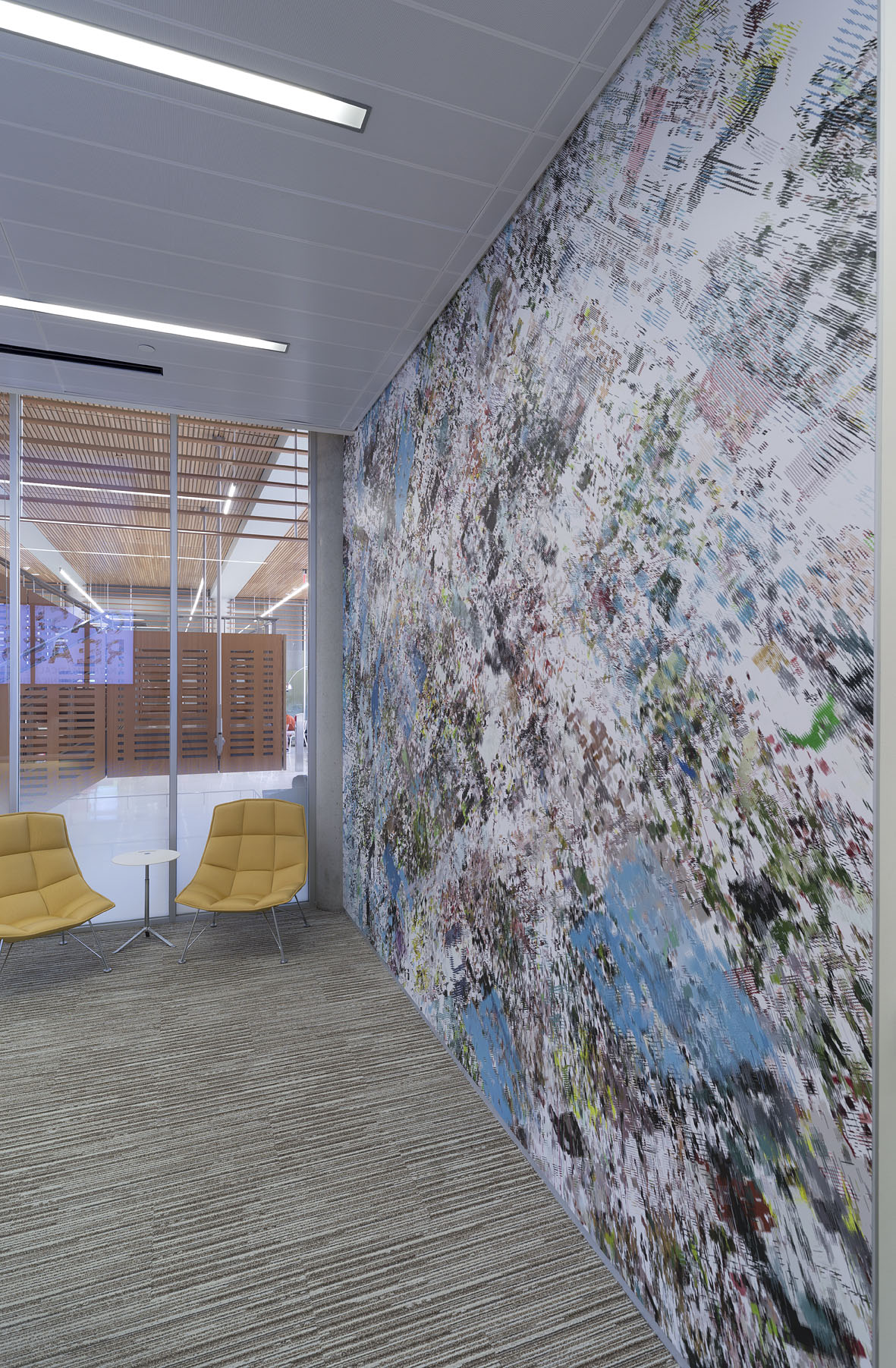 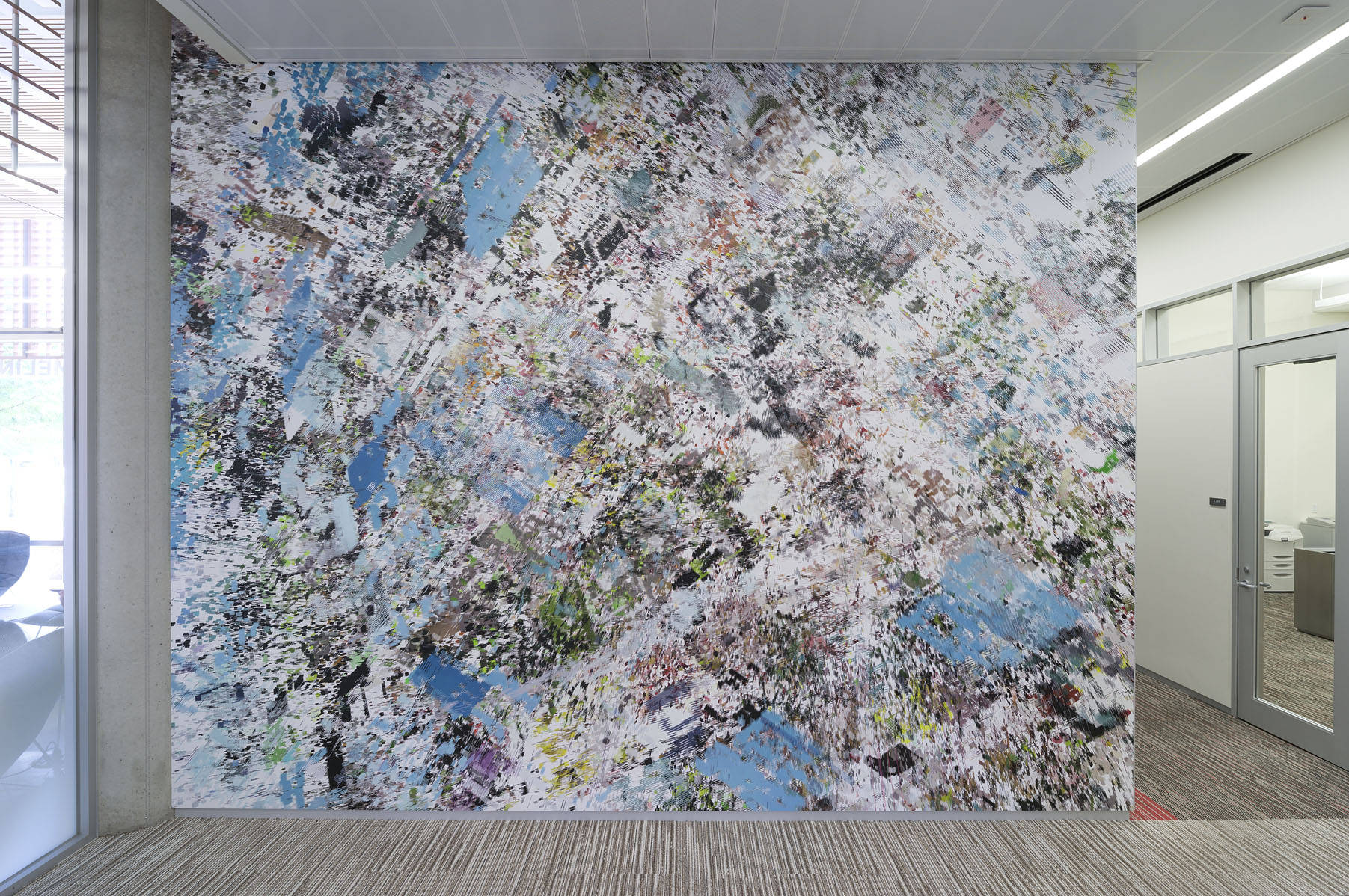 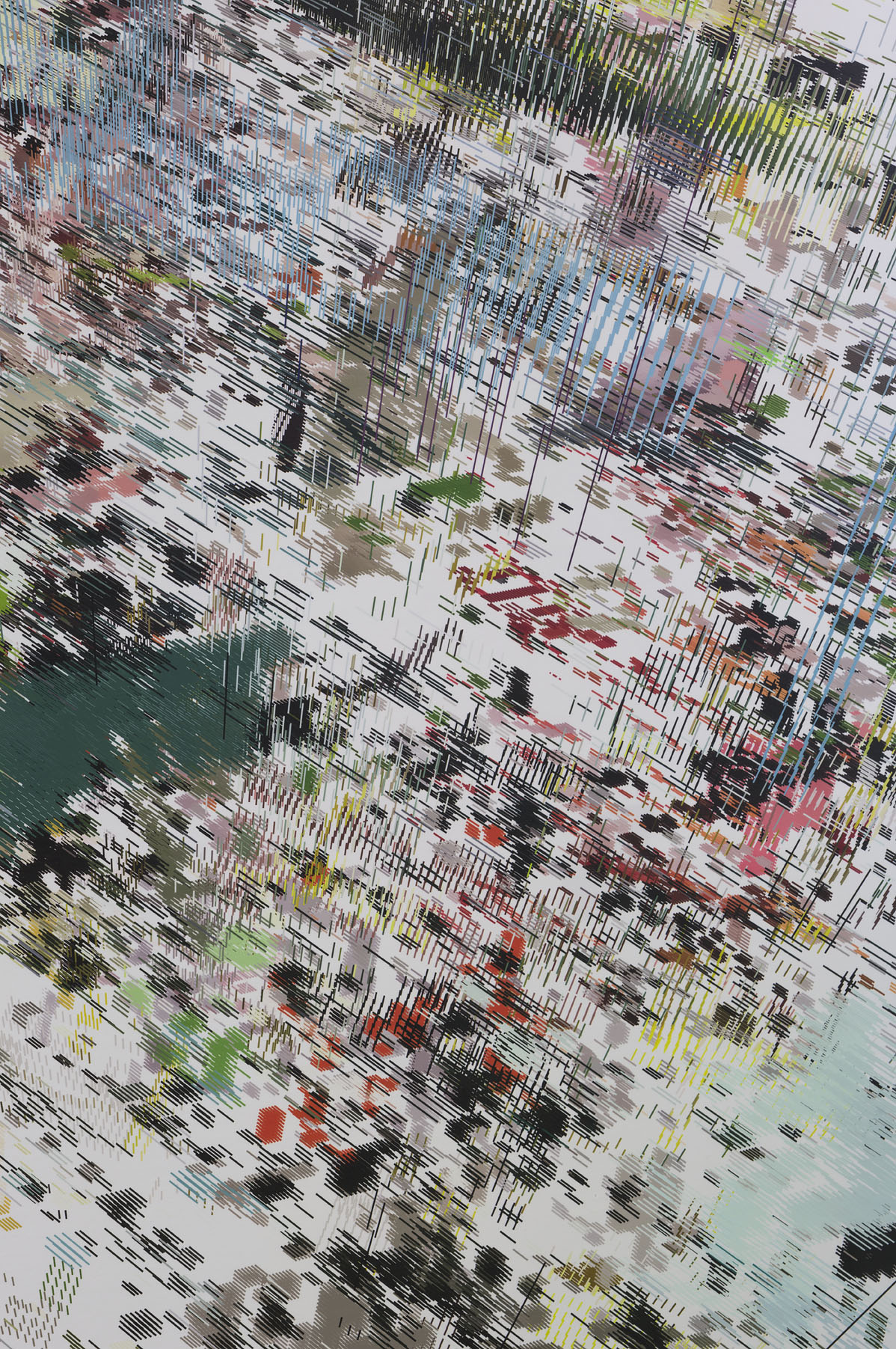 Client: Landmarks and the Department of Computer Science, The University of Texas at Austin

Department of Computer Science, The University of Texas at Austin

“A Mathematical Theory of Communication” is a large-scale, computer-generated mural in The Bill & Melinda Gates Computer Science Complex & Dell Computer Science Hall at The University of Texas at Austin. Casey Reas blends conceptual art and information science by merging aspects of both in order to create experiential data landscapes that play with the idea that information is circling around us at all times. Reas captured television signals and converted that information into a visual representation of colored line patterns. The resulting images were inkjet printed on large panels by Maharam to create the mural on two walls.

After Landmarks' successful completion of two public pieces by Sol LeWitt in their building, computer science leadership approached Landmarks for an additional work of art. The goal was to find an artist who could create work for two large walls in the building at a monumental scale for a modest budget that could also stand up to the nearby presence of LeWitt’s wall drawing. Landmarks selected Casey Reas, a computer scientist and artist, because he uses software art to explore systems, specifically their emergence and underlying instructions and conditions. His work provides an ideal companion to Sol LeWitt’s. While LeWitt relied on other artists and construction crews to create his work from a specific set of instructions, Reas creates a computer code or environment that then realizes his piece. Reas’ blending of art and technology is instructive for the computer science students who occupy the building and see it every day.

Working closely with leadership of the Department of Computer Science, Landmarks identified Reas as an artist whose work spoke to the academic activities happening in the building and would also complement the Sol LeWitt pieces installed when the building was constructed in 2012. After accepting the commission, Reas traveled to Austin to spend time attending classes and visiting with students, faculty and departmental leaders. Inspired by this experience, he conceptualized "A Mathematical Theory of Communication," a work of art that successfully bridges the gap between the technical world of programming and the visual realm of art and design.

Not only is Casey Reas a software artist, but co-developer of the programming language by which he creates his work. In 2001, Reas partnered with fellow MIT student Ben Fry to initiate and create Processing, an open-source programming language and visual environment for coding. Today artists, designers and students around the world use Processing for visual prototyping and programming images, animation and interactivity. Ben Rubin used Processing to create another Landmarks piece, "And That’s The Way It Is," located in the Walter Cronkite Plaza.