A Kaleidoscope of Hidden Worlds - CODAworx 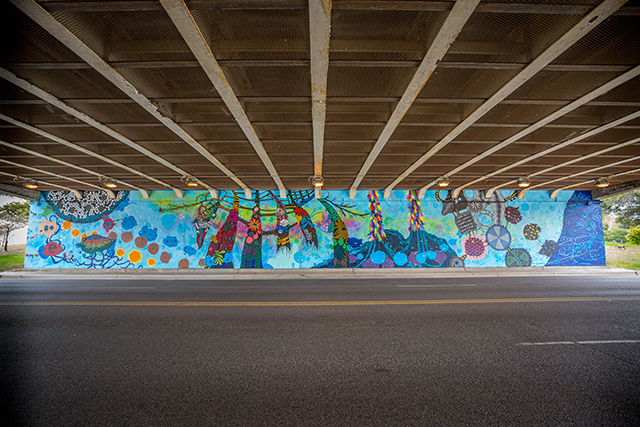 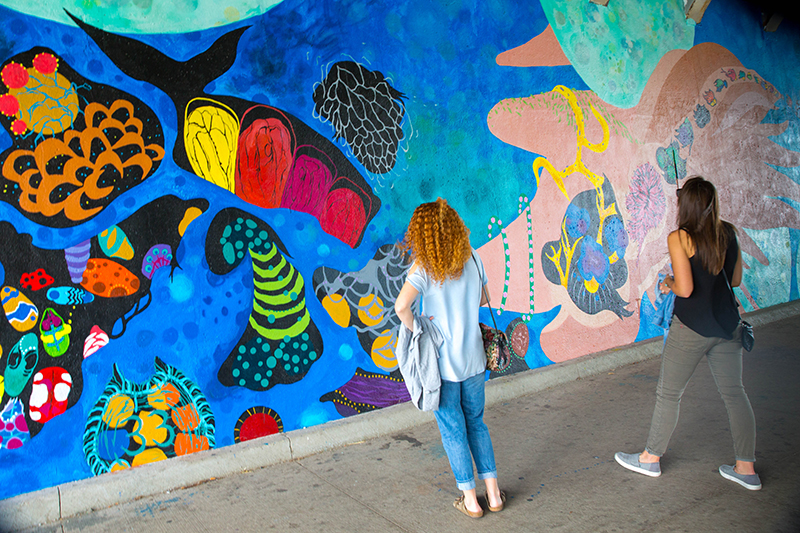 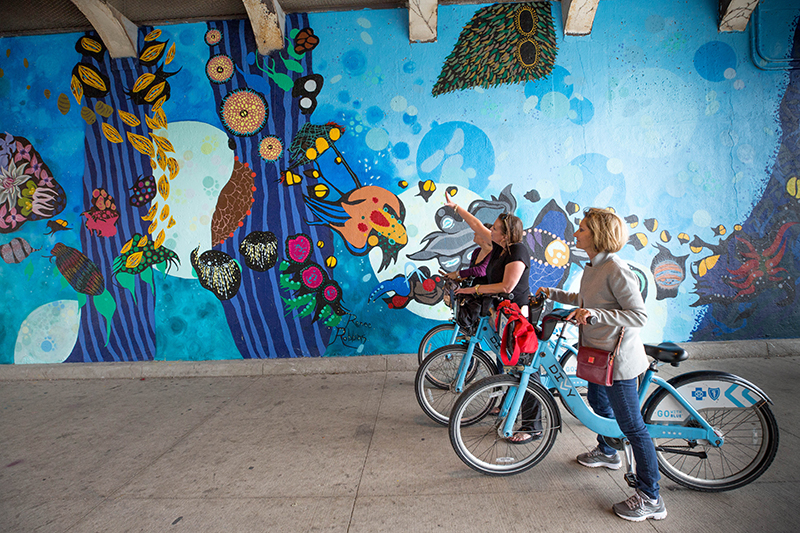 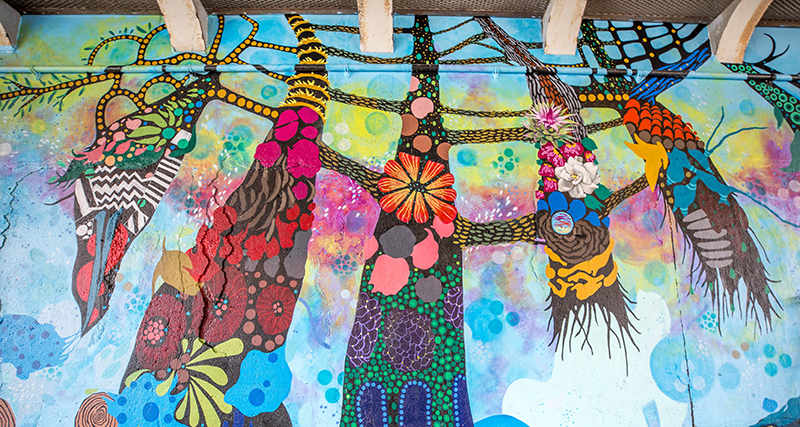 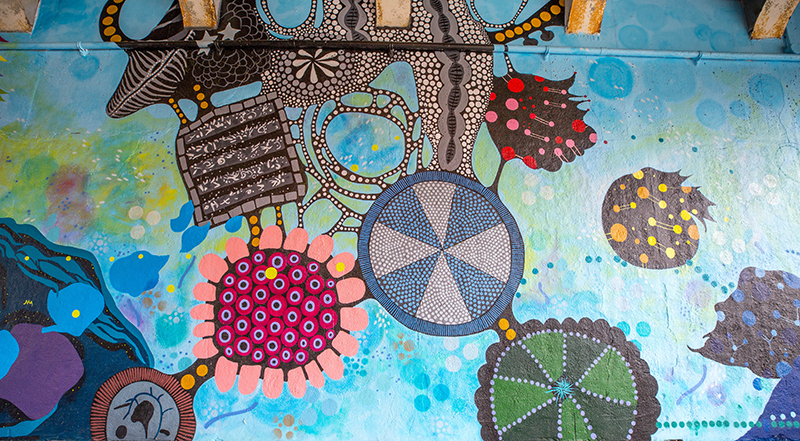 The goal was to transform the pedestrian underpass into a work of art at the Fullerton Avenue Beach on Lake Michigan. One of the most highly traveled underpasses in the city of Chicago, the underpass links the neighborhood of Lincoln Park with the 18 mile lakefront trail along the shore of Lake Michigan.

Planning for the project took a year. Renee Robbins led a team of 6 assistant artists for 7 weeks of mural painting.

The artist’s layering of numerous extraordinary worlds—often hidden from view—encourages viewers to take a closer look at their surroundings. Inspiration involved research on the local ecology around Lake Michigan. Themes include the symbiotic relationships between species as well as camouflage behaviors inform the design. The composition’s sense of movement draws from cycles in nature, such as growth and decay, changing seasons, and rising and receding tides. Design motifs were inspired by spirals, which repeat in different natural systems, including DNA helixes, flower structures, hurricanes, and galaxies. Robbins’ use of wave patterns mimics those present in water, light, and planetary motion.