A Gathering at the Crossroads - CODAworx 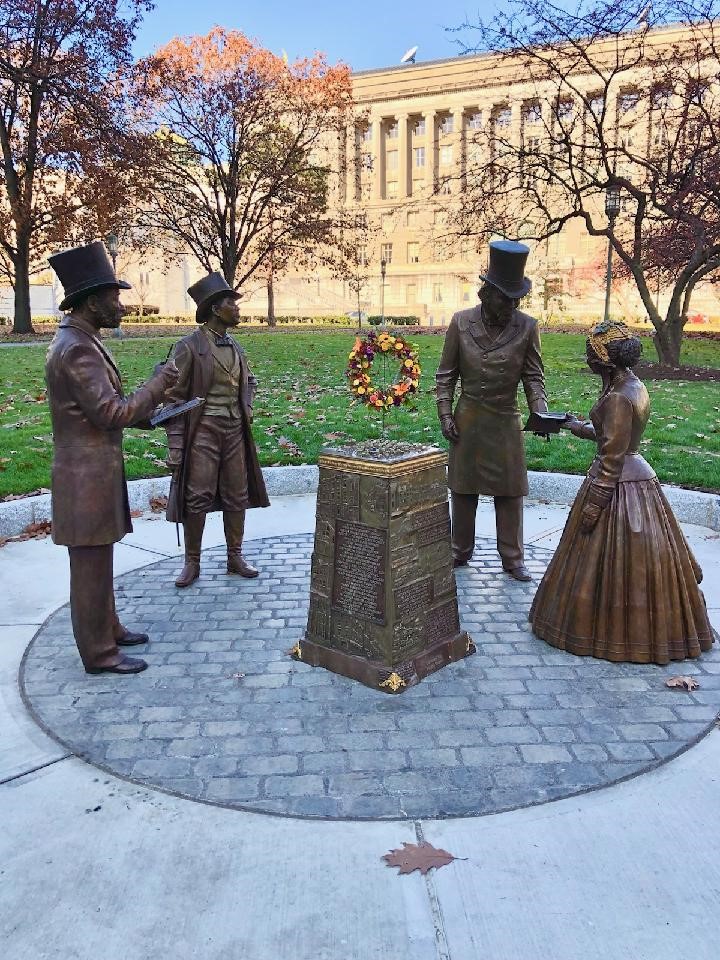 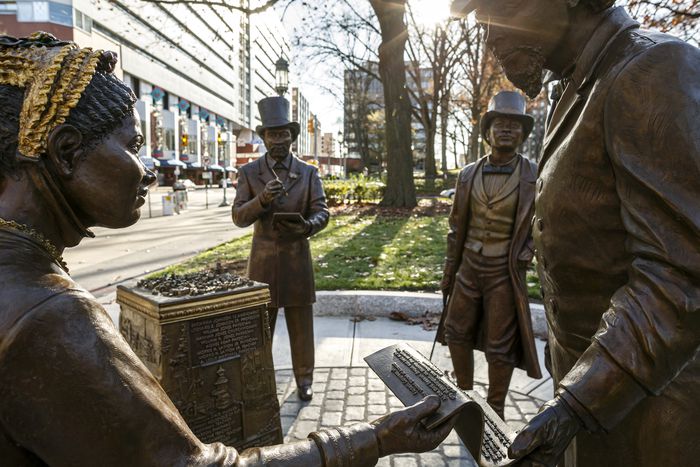 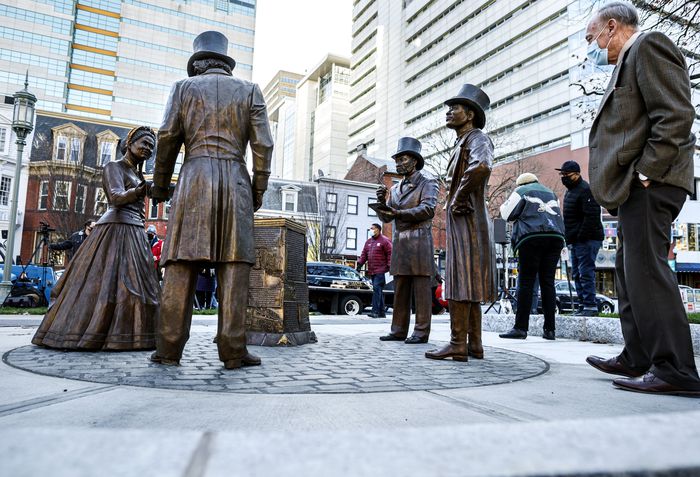 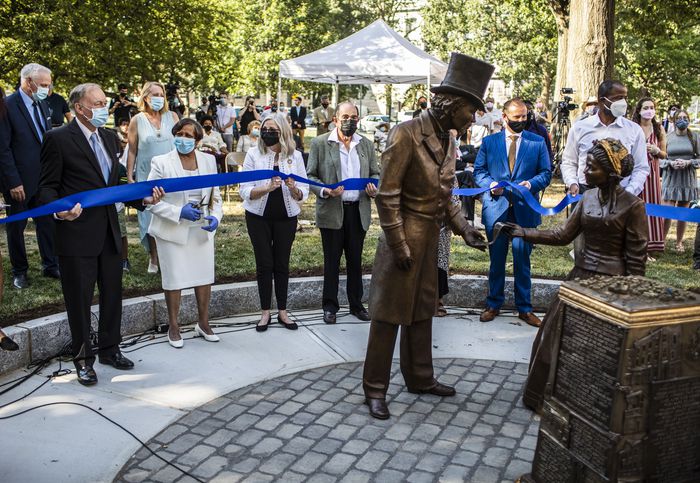 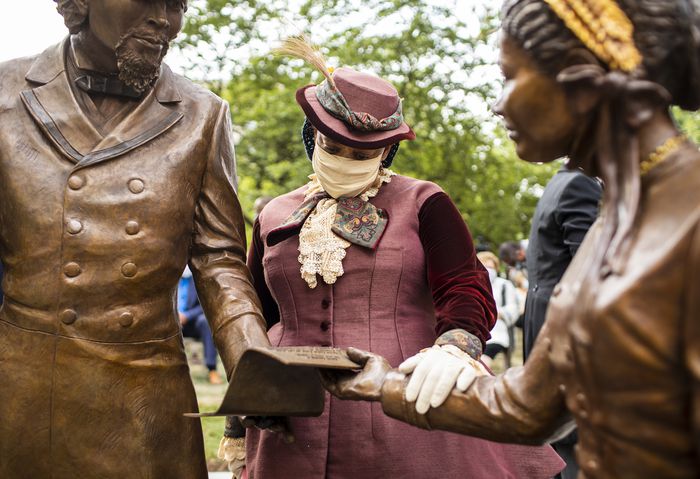 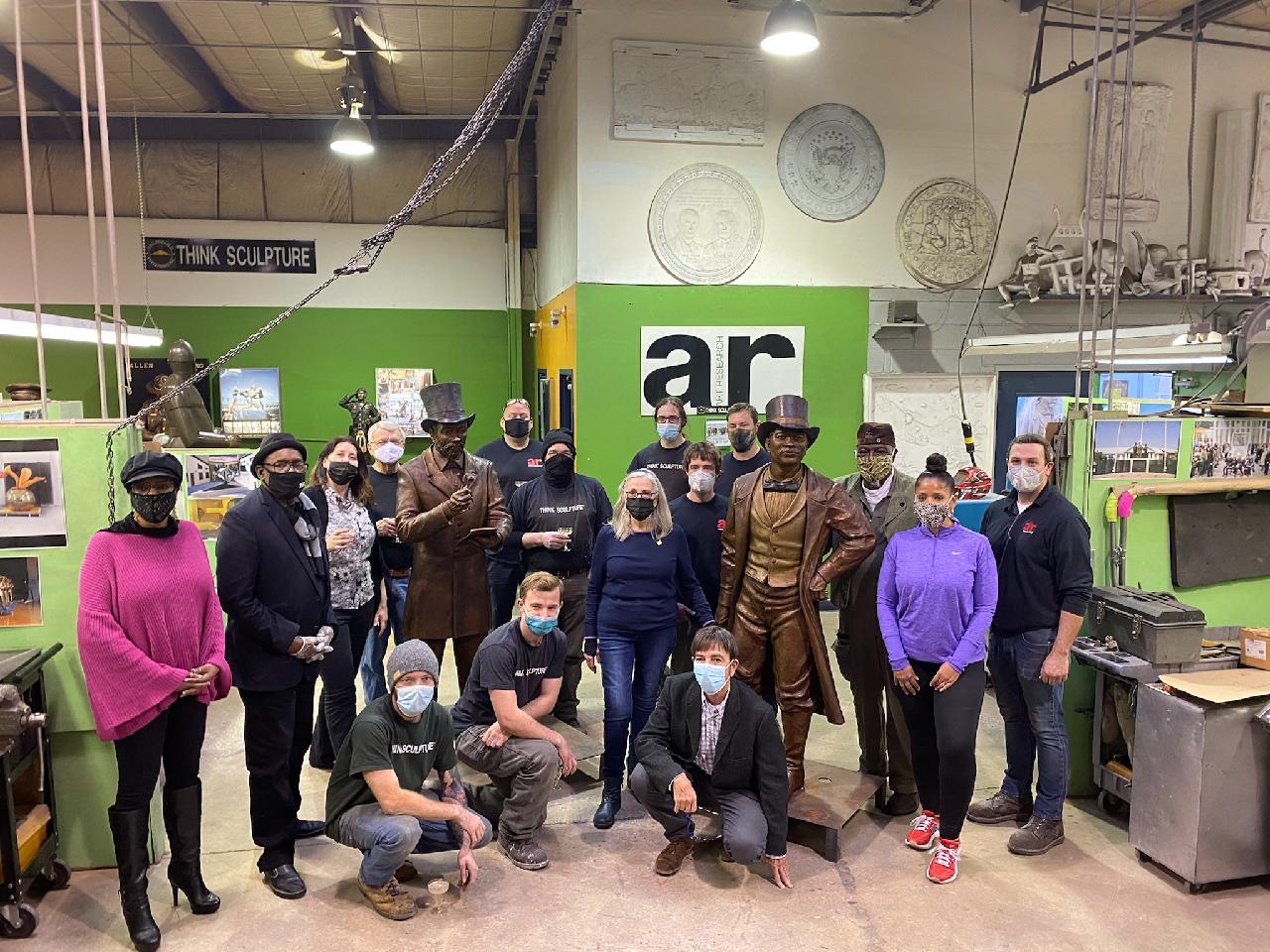 Designed and Sculpted 4 Life Size historical figures and an orator’s pedestal representing the 15th and 19th amendments as well as the 8th ward of Harrisburg PA. “A Gathering at the Crossroads” is a benchmark public installation commissioned for the Commonwealth of Pennsylvania by a coalition of over 40 organizations and 200 individuals. Designed to be interactive; people can physically enter the monument. Great civic speakers were well known to present spirited addresses before citizens in the center of public squares, houses of worship. They assembled in halls throughout the Old 8th Ward. The orators’ pedestal became the symbol of the advocacy for abolition and equal rights. The monument includes the figures of four great abolitionists: Ms. Frances Ellen Watkins Harper, William Howard Day, Jacob Compton, and Thomas Morris Chester. The four figures of the monument exemplify the impact of the period’s great orators upon the change makers amongst Harrisburg’s African American community.

Their allegorical gathering commemorates a point in time documented by the comparison of historic reports in the Harrisburg Newspapers. In May 1870, residents of the Old 8th Ward poured out into the streets in spontaneous jubilation when they learned that the 15th Amendment had become federal law. They had secured the vote for African Americans. Neighborhood residents gathered for a public reading followed by prayers and praises. Thus, the four dynamic civic leaders exemplified by the monument gather around the Orators pedestal which commemorates the legacy of the historic Old 8th Ward. Upon its sides are inscribed the names of 100 legendary leaders of the Old 8th Ward, the names of current pathfinders, change agents and history makers and the emblems of sponsors of the project.

Artist Becky Ault designed and sculpted traditional clay sculptures of each the figures. Once the sculpting was completed she collaborated with ART Research Enterprises, Inc. to take the clay from Mold to Bronze Casting with a hot chemical patina and polychrome finish, with 24 carat gold leaf accents. She also collaborated with the Foundation for Enhancing Communities for the installation of the sculpture at the site.