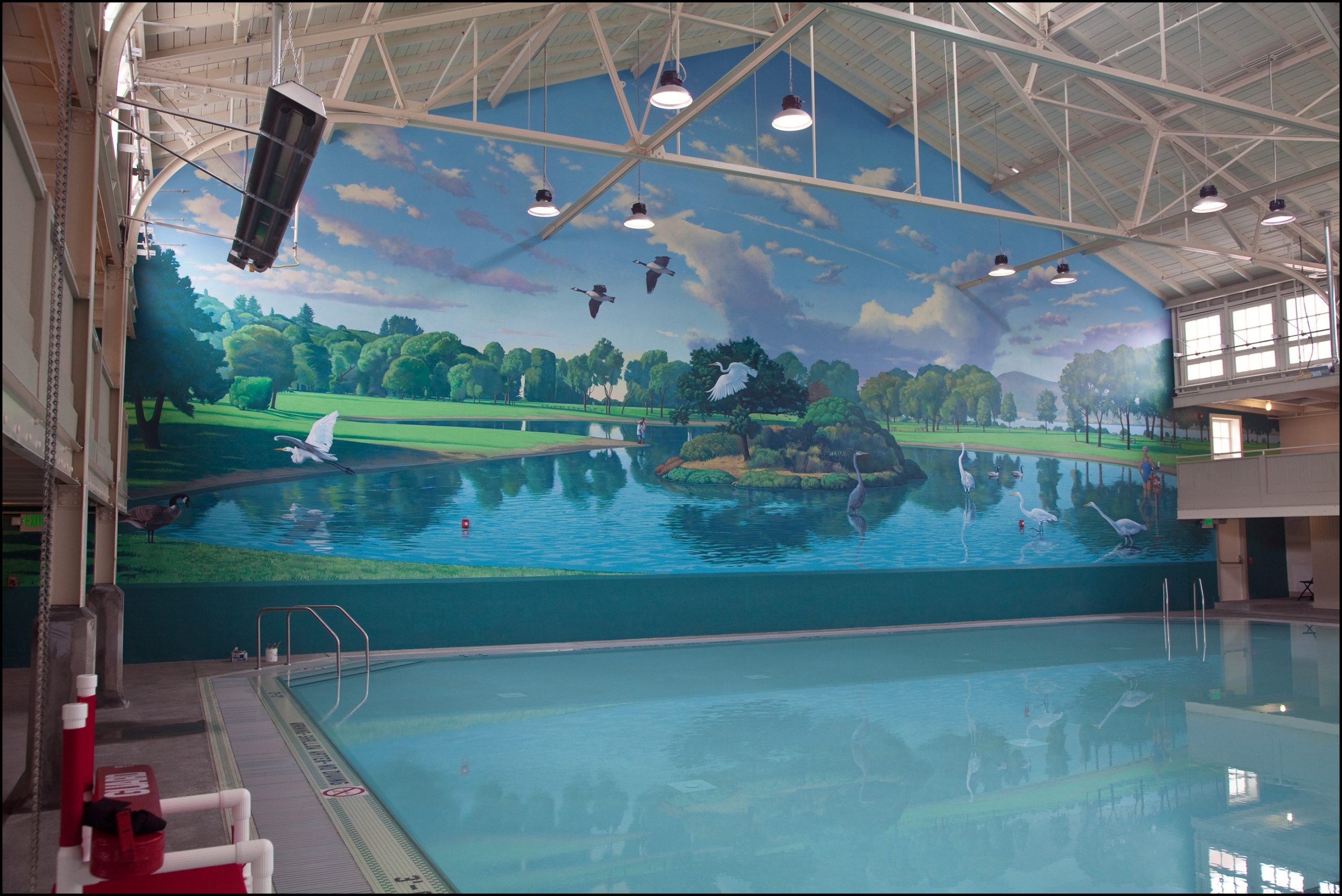 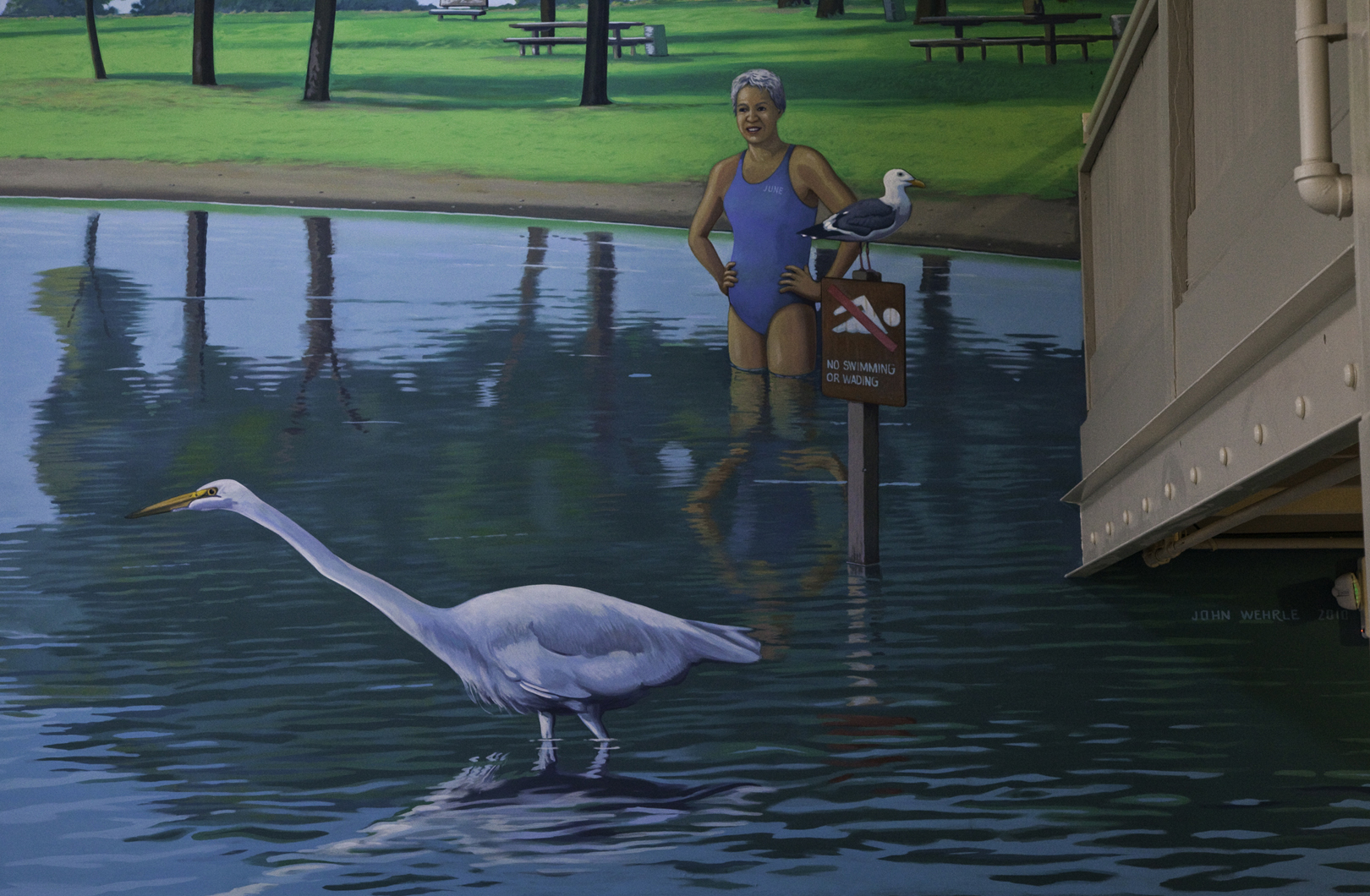 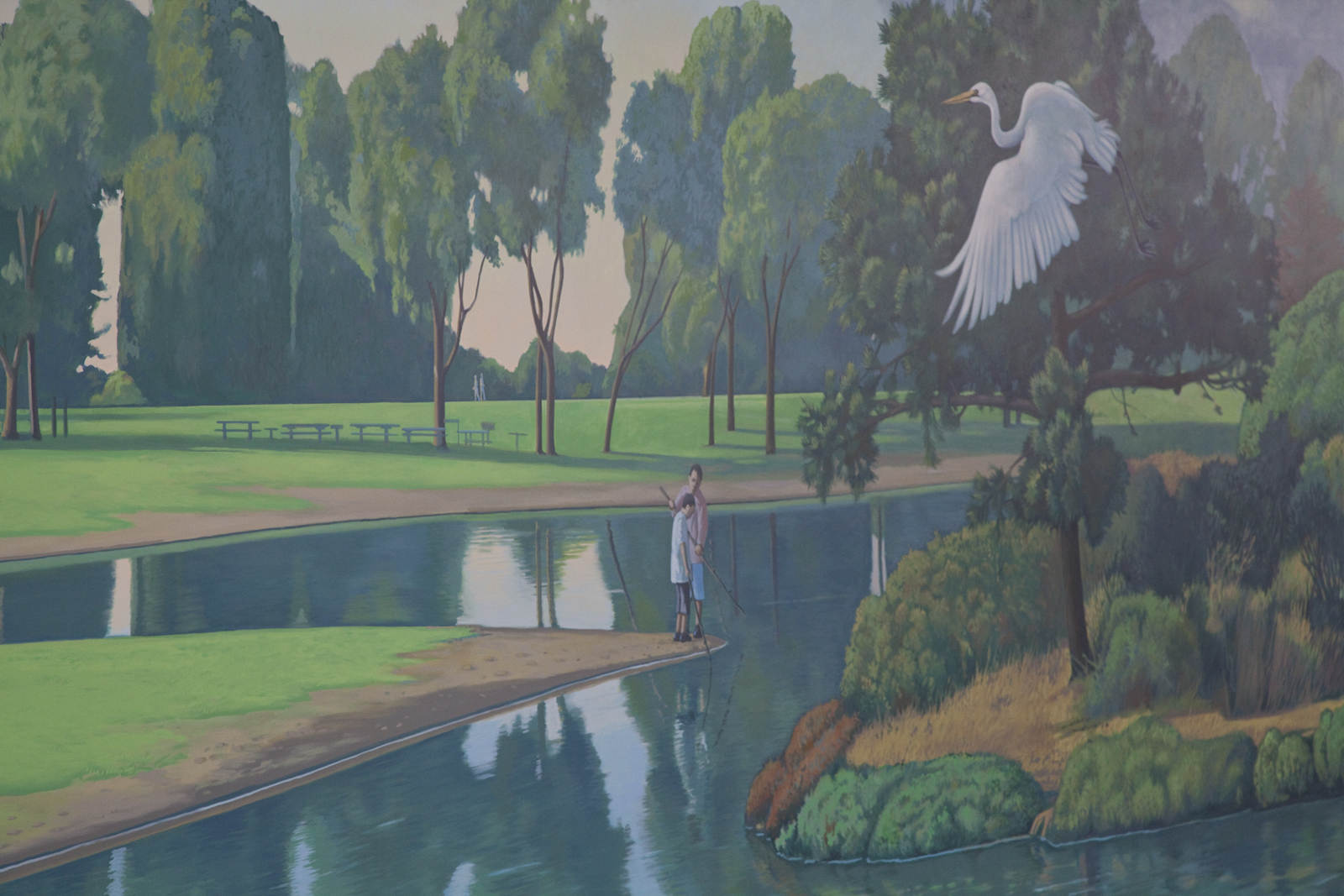 I was commissioned by friends of Richmond Plunge and Architect Todd Jersey to create a mural for the restored Richmond Plunge. Built in 1925 the Plunge had been closed for 15 years due to structural dangers.

My concept was to add the feeling of a natural experience to this magnificent exterior space. One of the largest Natatoriums in the west, the Plunge is within a quarter mile of San Francisco Bay. I used nearby Miller Knox Park as the model for the painting, adding wildlife from the area from reference photos I took there. I photographed the location in morning and evening light, before settling on the view represented here in the painting. I painted a small scale version and used cartesian Coordinates to scale the image to the 37' x 75' wall. I painted the top half using 45' Z lifts, borrowed from the construction crew. Too large for the doors, they were brought in through a large hole in the back wall. Once removed, the hole was covered, the pool was plastered, tiled, and filled with water. I then brought in my narrow scaffolding and completed the lower detailed half of the painting.

Todd Jersey, the architect of the Plunge restoration had asked that I devise a natural scene using shorebirds to complement the "Green" building. This was my response. I worked with architect and contractors as an integral part of the process. The painting was finished simultaneously with the construction and the pool reopened to widespread acclaim in August of 2010.

The one prominent figure in the painting is June Albonico, who has been a swimming instructor at the Plunge for 50 years.