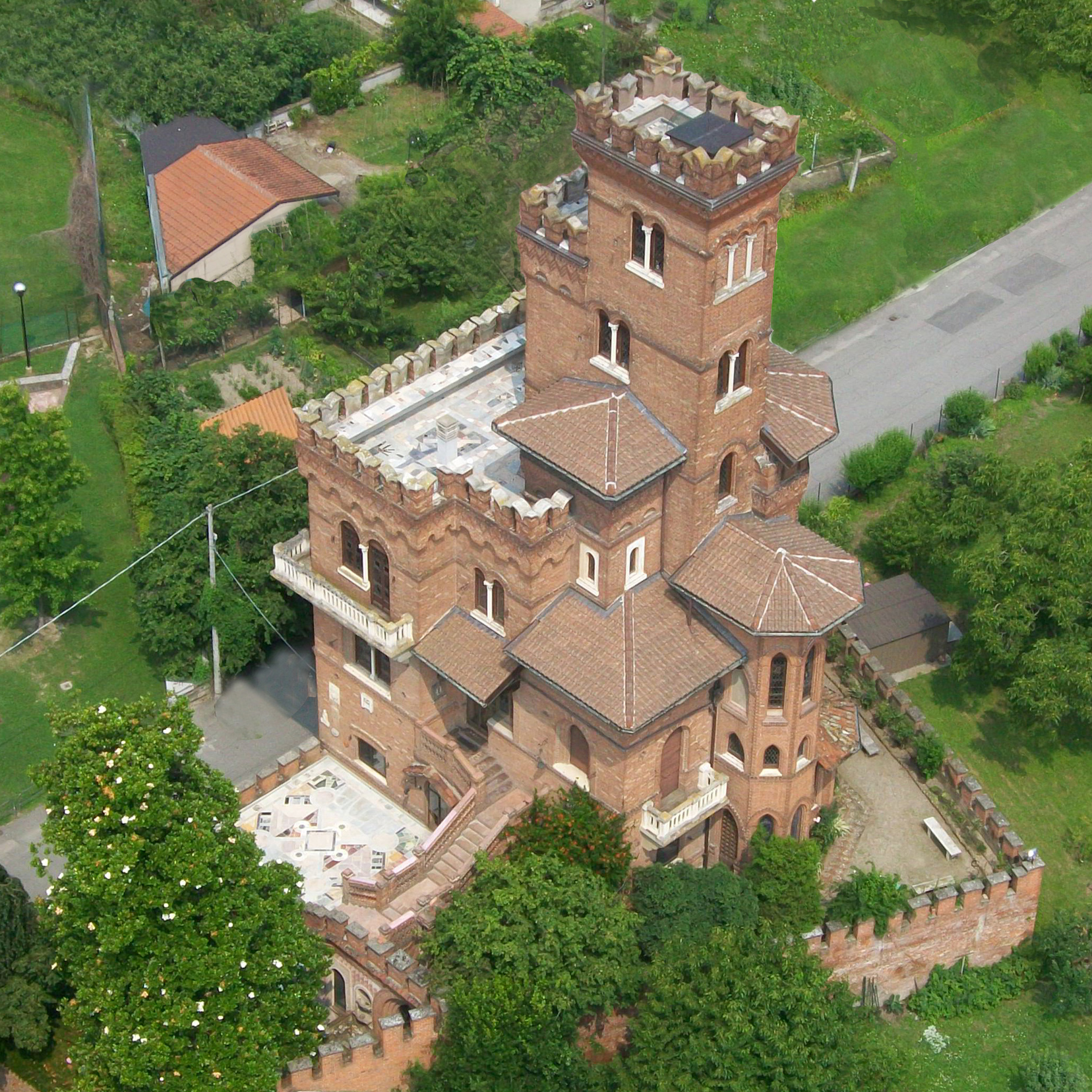 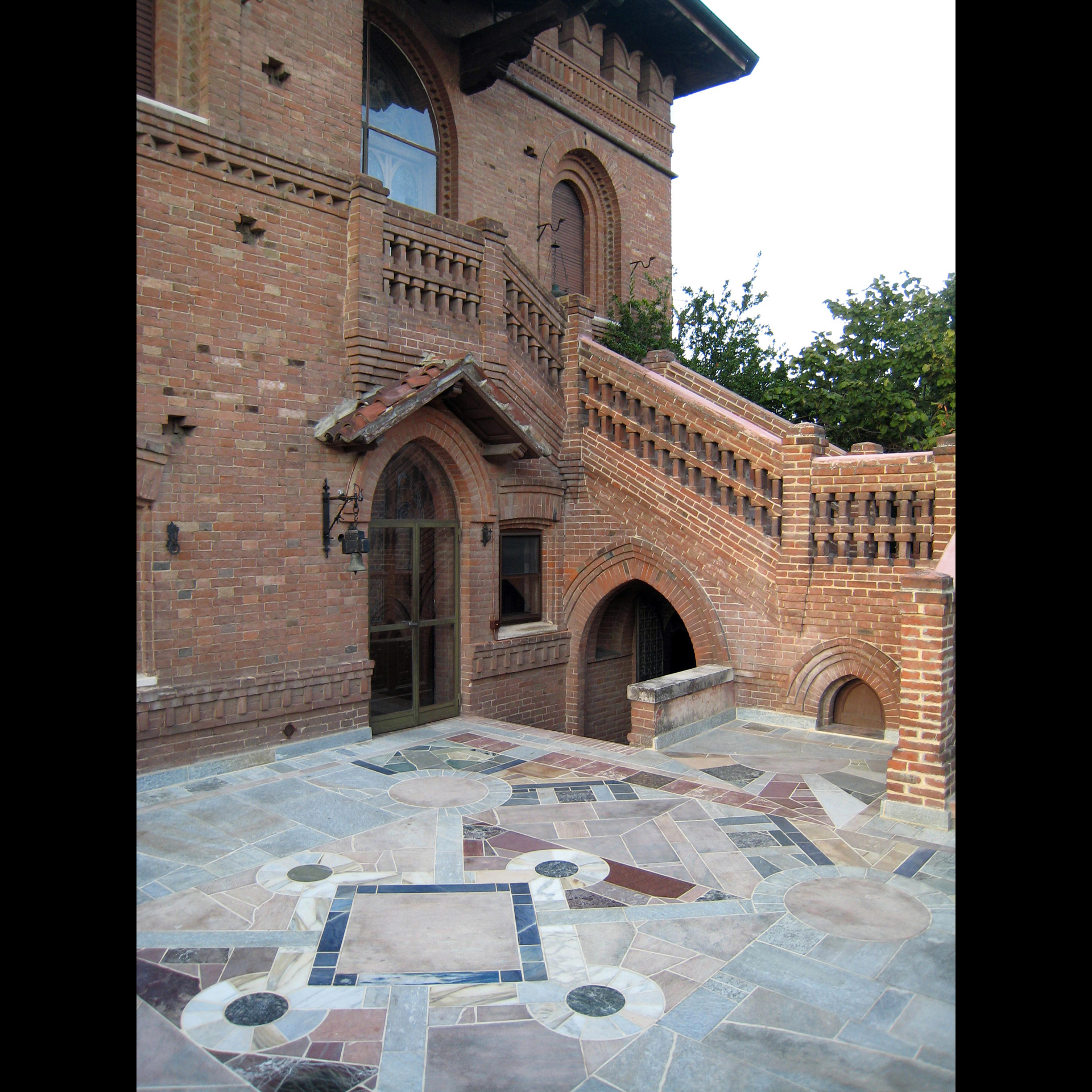 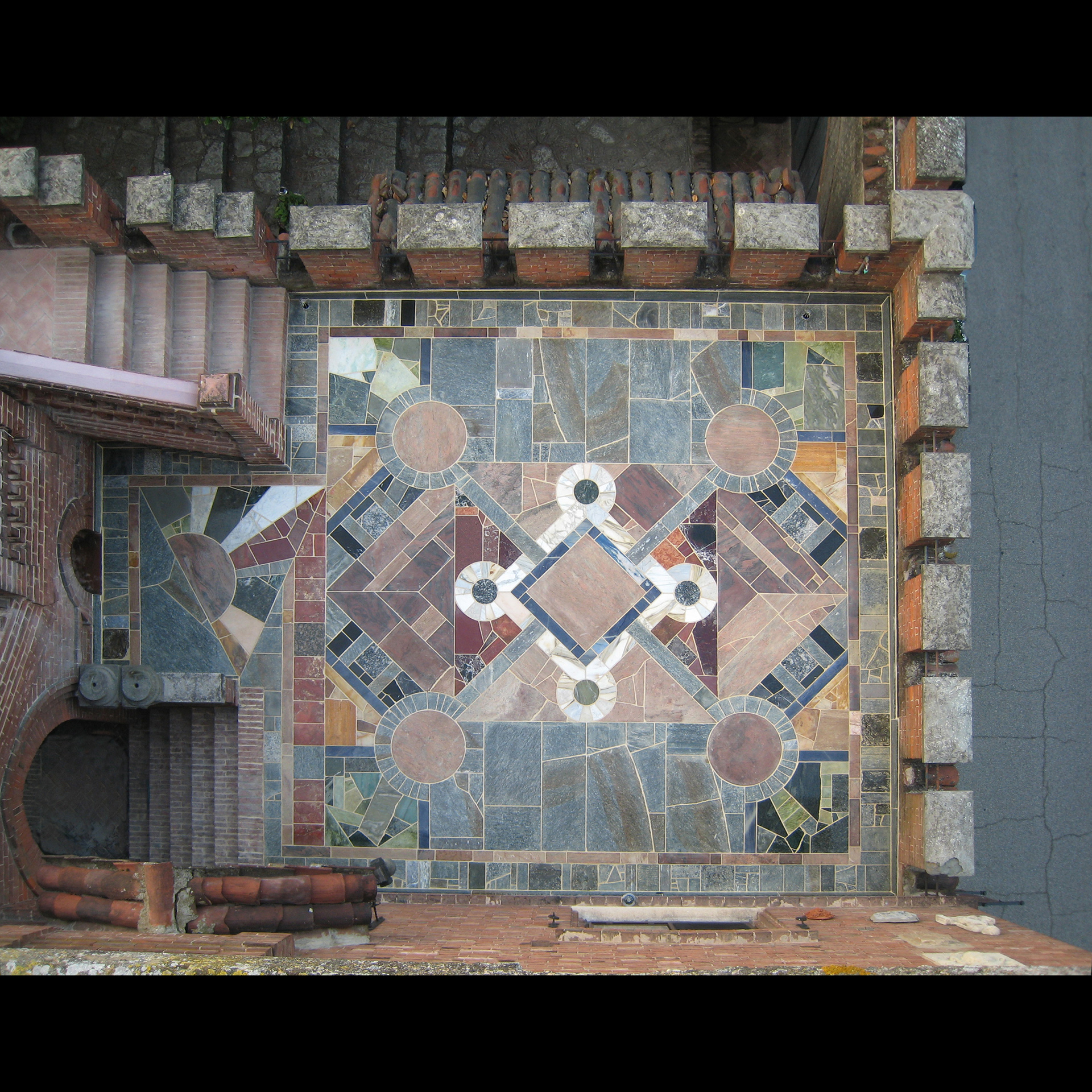 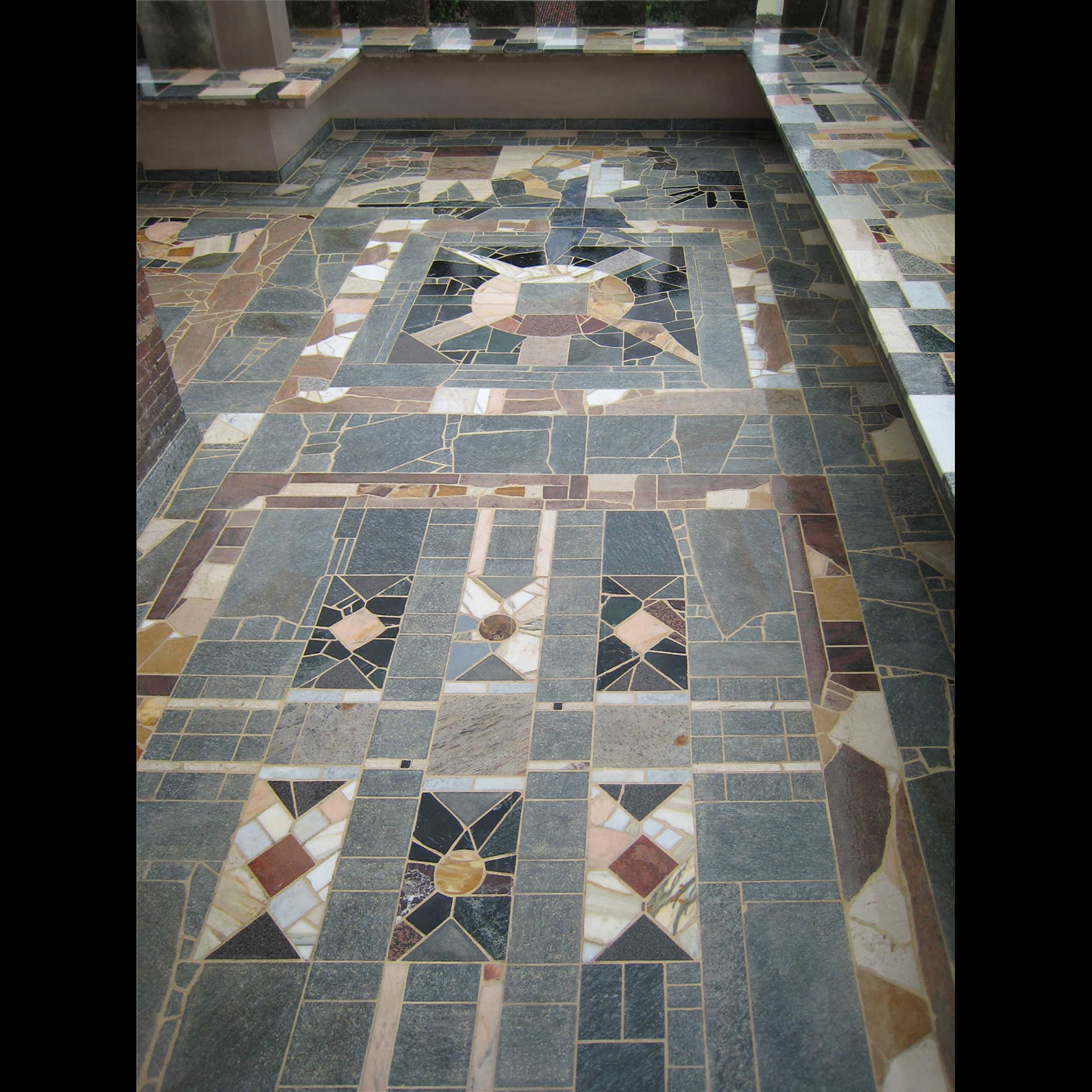 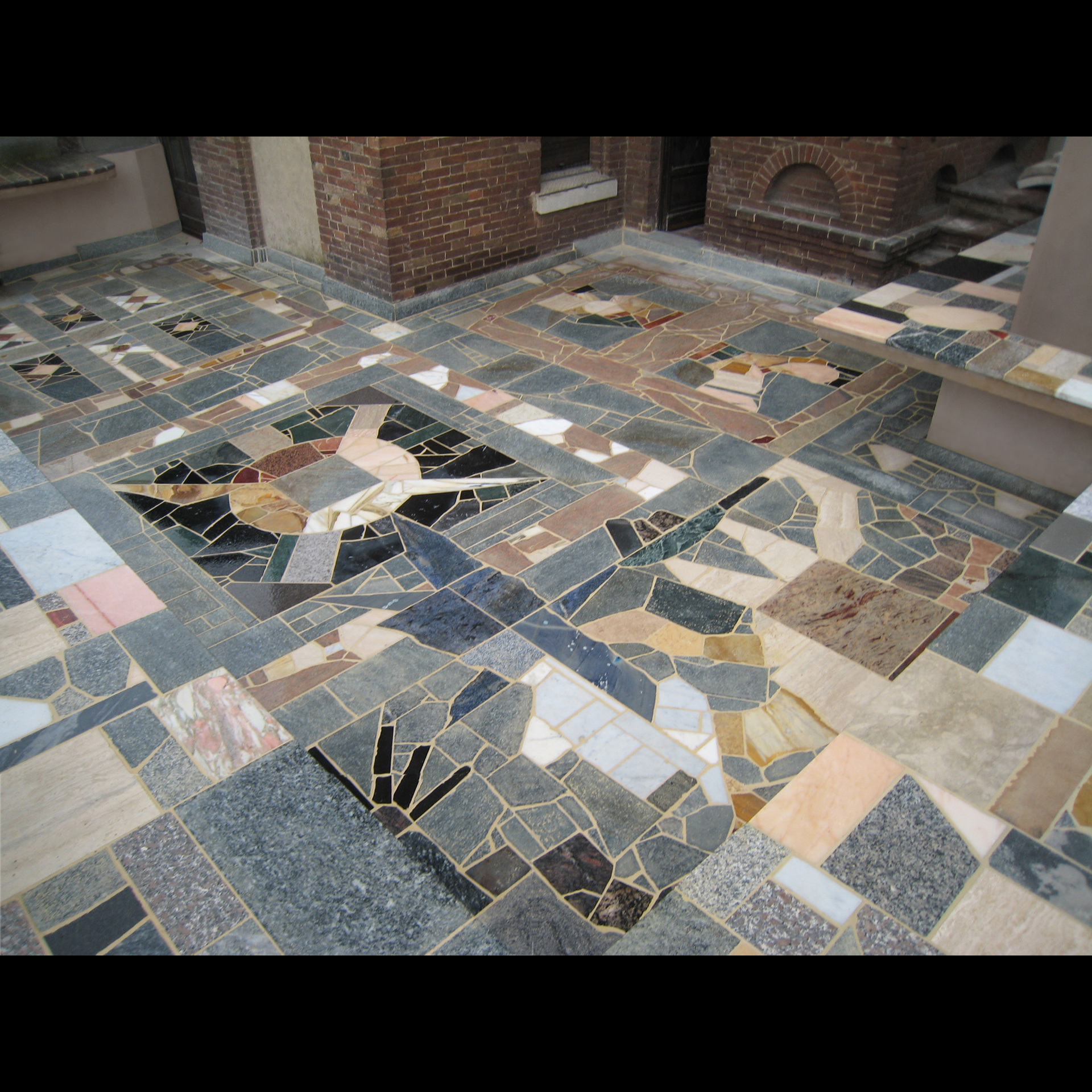 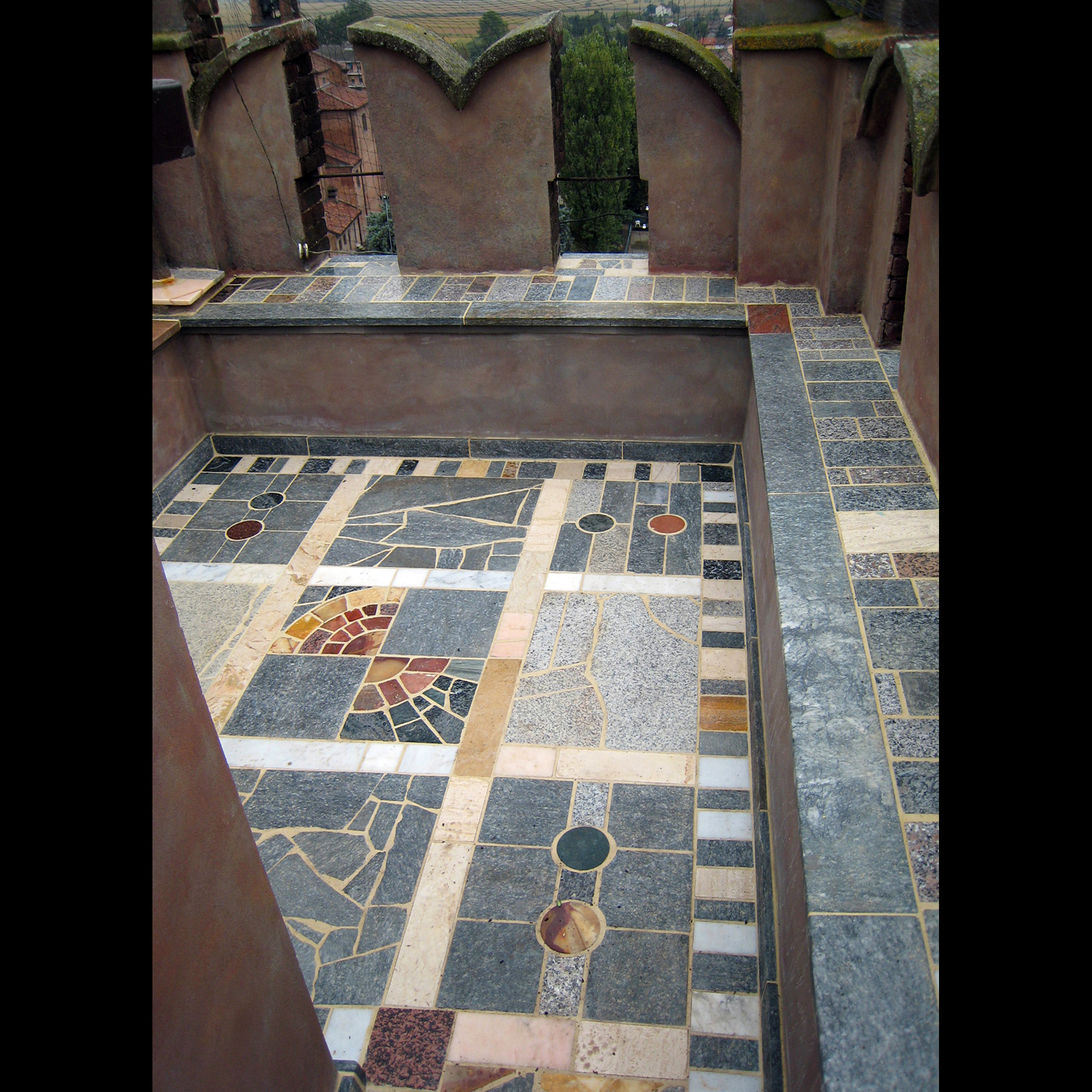 Mosaic terraces totaling 1600 s.f. at Castello Balzola in Piemonte, Italy. The artwork was fabricated with mostly reclaimed natural stone from local sources and was installed on the 2nd, 5th, 7th, and 8th floors. The castle was originally crafted in the late 1920’s in an eclectic neo-gothic style with a well-thought-out design both inside and out. We feel that it is important to preserve the uniqueness of historic buildings and are honored to have made a contribution to this particular treasure in Northern Italy.
In 2014, the surrounding territory was designated a UNESCO World Heritage Site.

The terraces were initially fabricated in brick, but unfortunately were covered with asphalt by a previous owner because they were leaking. Since all of the terraces were located above interior living spaces the main objective was to provide a waterproof exterior surface that would also add to the distinctiveness of the structure.

We worked with an experienced local contractor, Riccardo Birocco, who not only provided the impervious underlayment, but also set up a system of external pulleys to move the material to the upper levels which was no small task considering that the tower rises to over 30 meters above the street level. The work was done in stages over the course of a couple summers under the hot sun (Sotto il Sole).

The castle is privately owned, but is occasionally opened to local school children to visit and has been the venue of various events and art shows.