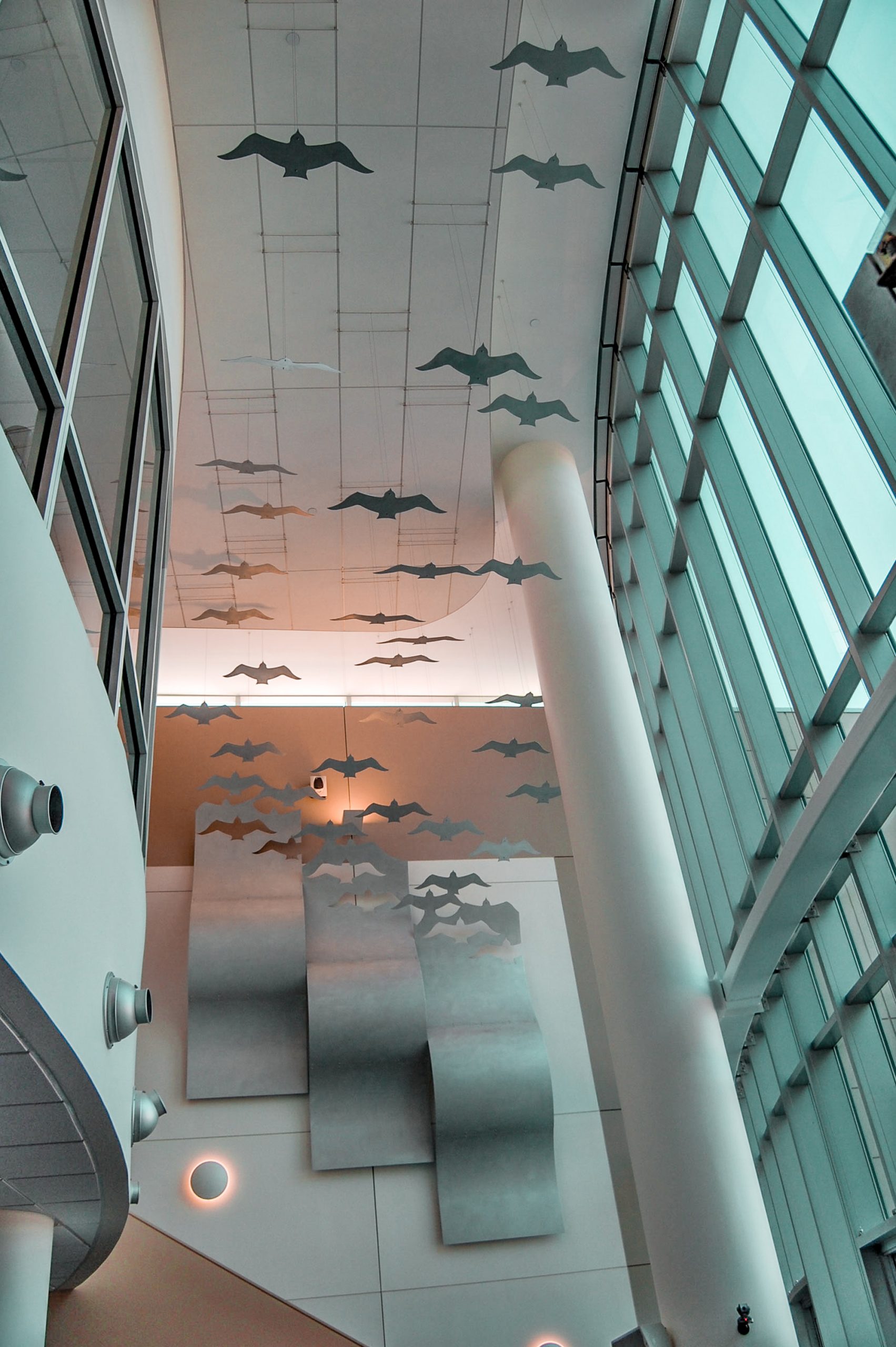 A symbol of hope, healing and country, a bevy of birds fabricated in aluminum soar high above a two-tiered lobby welcoming patients and their families to the Intrepid Center, a renown treatment center for wounded warriors with brain trauma and neurological injuries. As birds seamlessly emerge from from an undulating wave, they ascend freely through the space and can even be viewed from the second floor family lounge. From the exterior at night, the artwork can be enjoyed as an illuminated flight of birds emerge form the architecture.

The goals of this project were to design a suspended work of art for a vast two-tiered lobby space; an artwork that would create movement, reflect reverence to the U.S. Military and offer a sense of hope and healing.