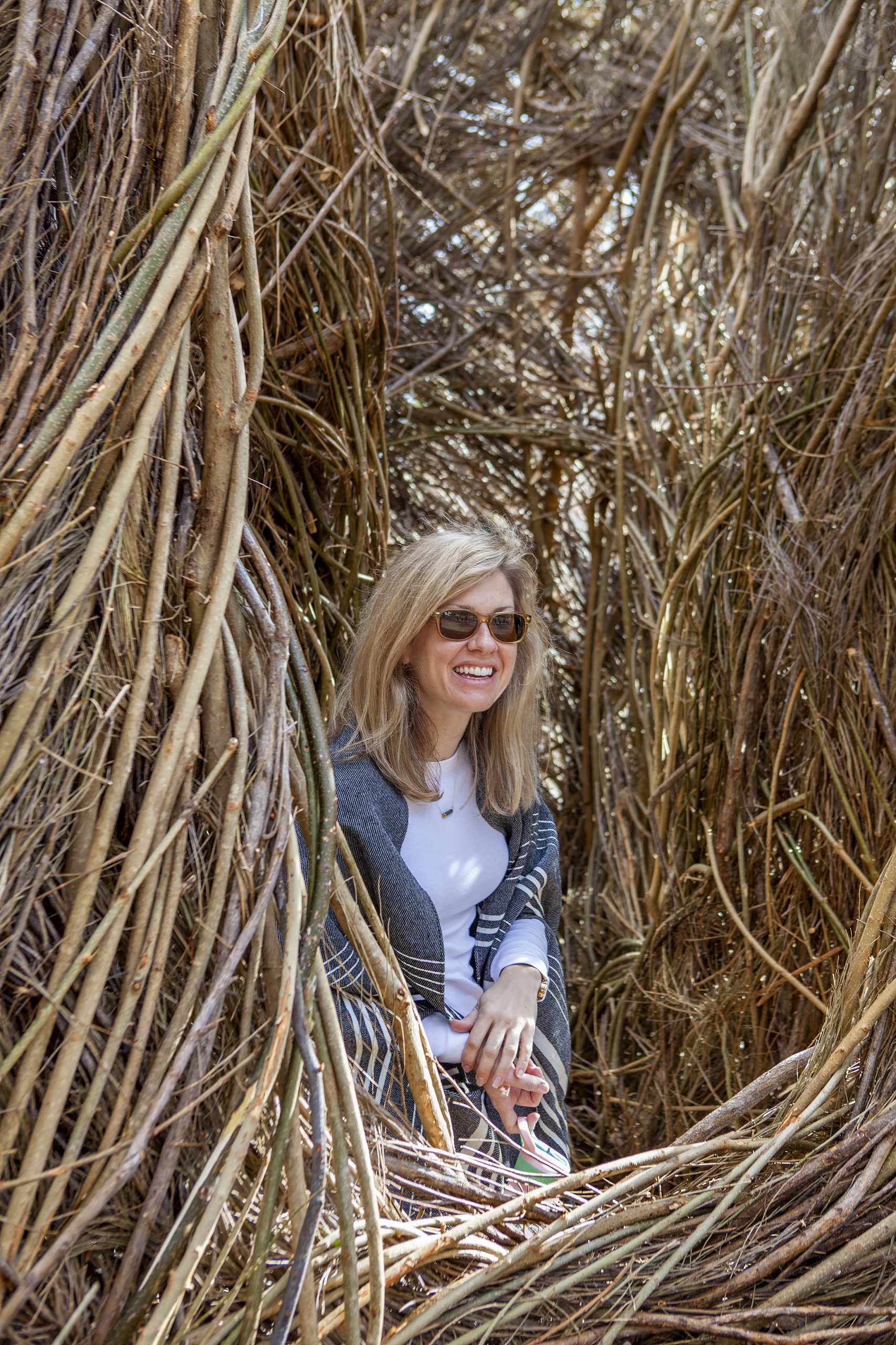 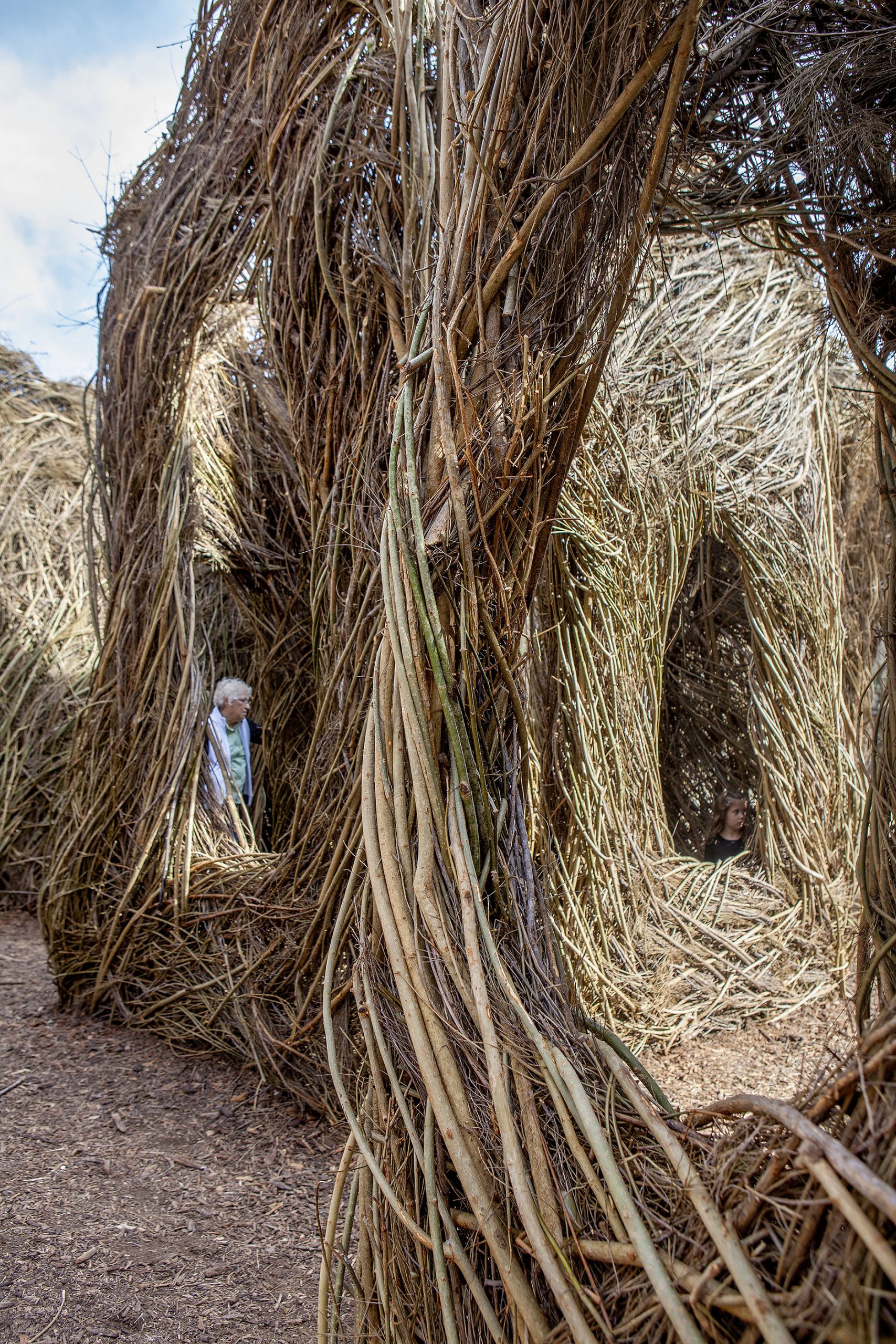 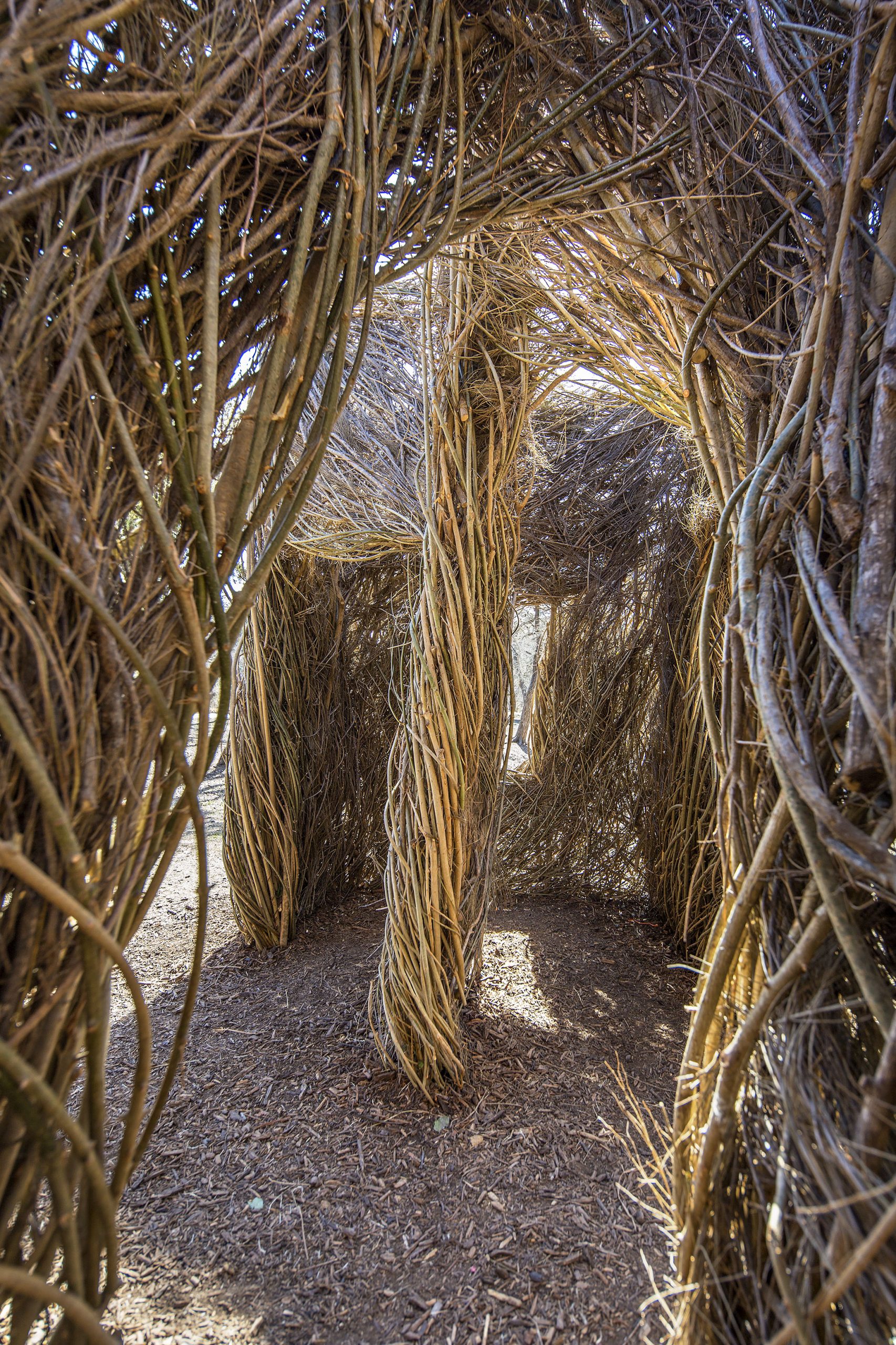 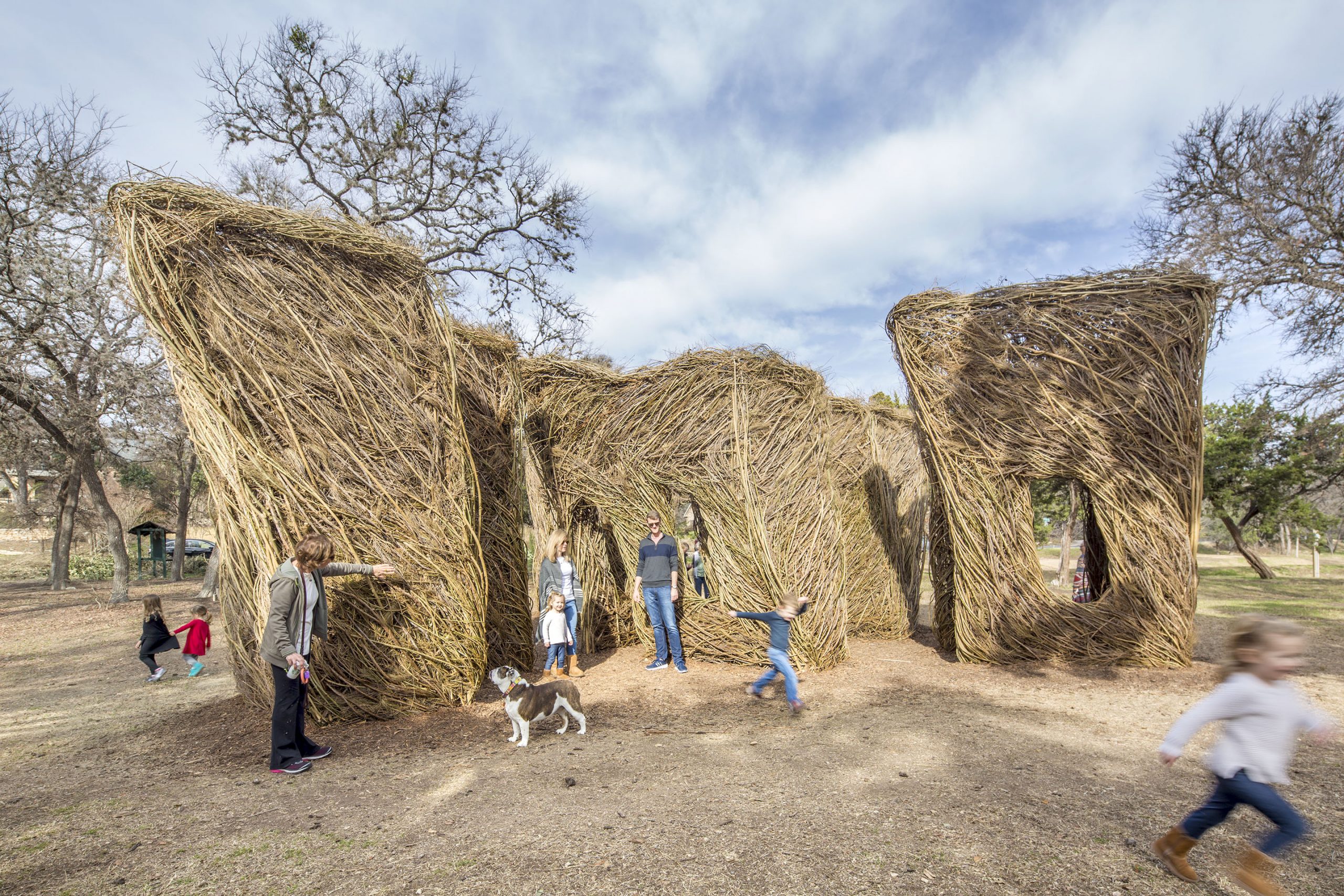 Patrick Dougherty, a North Carolina-based artist, is known for creating whirling architectural sculptures from locally-harvested saplings. Dougherty and a team of over 200 Pease Park Conservancy volunteers constructed this site-specific installation using Baccharis neglecta (Roosevelt Weed) and Ligustrum, an invasive species, gathered in and around Austin. The sculpture consists of five repeated corner shapes that can be explored through the maze-like passageways they create and the multiple viewpoints from their many entrances and windows. The installation will remain on view for several years before being dismantled.

Pease Park Conservancy’s Art Committee sought to commission an artwork that would reflect its core values of conservancy and respect for nature, recreation, and enjoyment of the outdoors. They wanted this sculpture to feel like an extension of its mission and be fully integrated into the landscape of the park. The goal was to have the commission be a surprise to regular parkgoers that would come upon it, but also serve as a destination for those who had never before visited the park.

Pease Park Conservancy (PPC) and its Art Committee commissioned the sculpture. Weingarten Art Group (WAG) was hired to serve as advisors and project managers. To begin the project WAG developed a project budget, task list, and timeline and assisted with an artist site visit. WAG collaborated with PPC staff and the artist to source volunteers to assist with harvesting saplings and sculpture assembly. The sculpture assembly was completed in the park over a 3 week period.