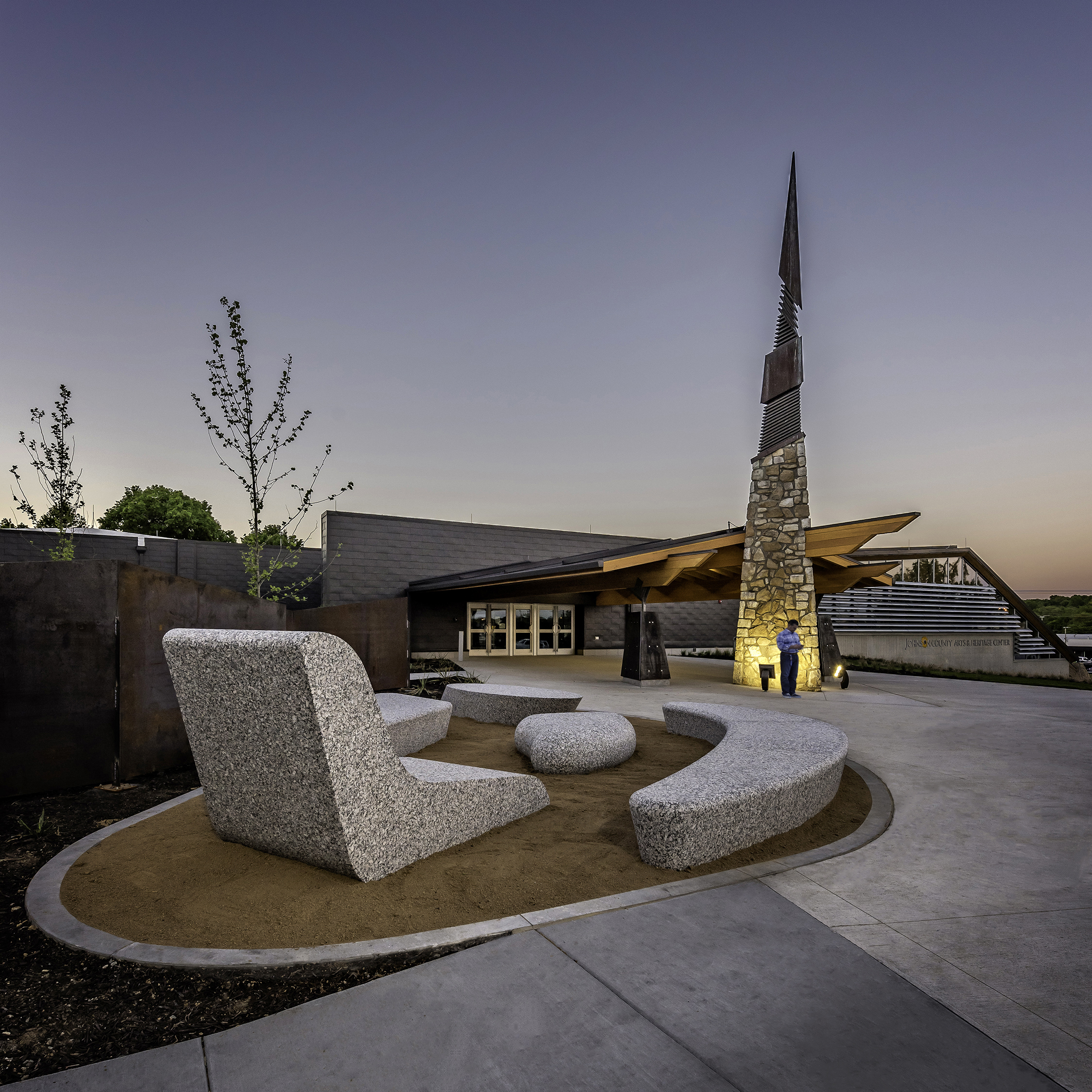 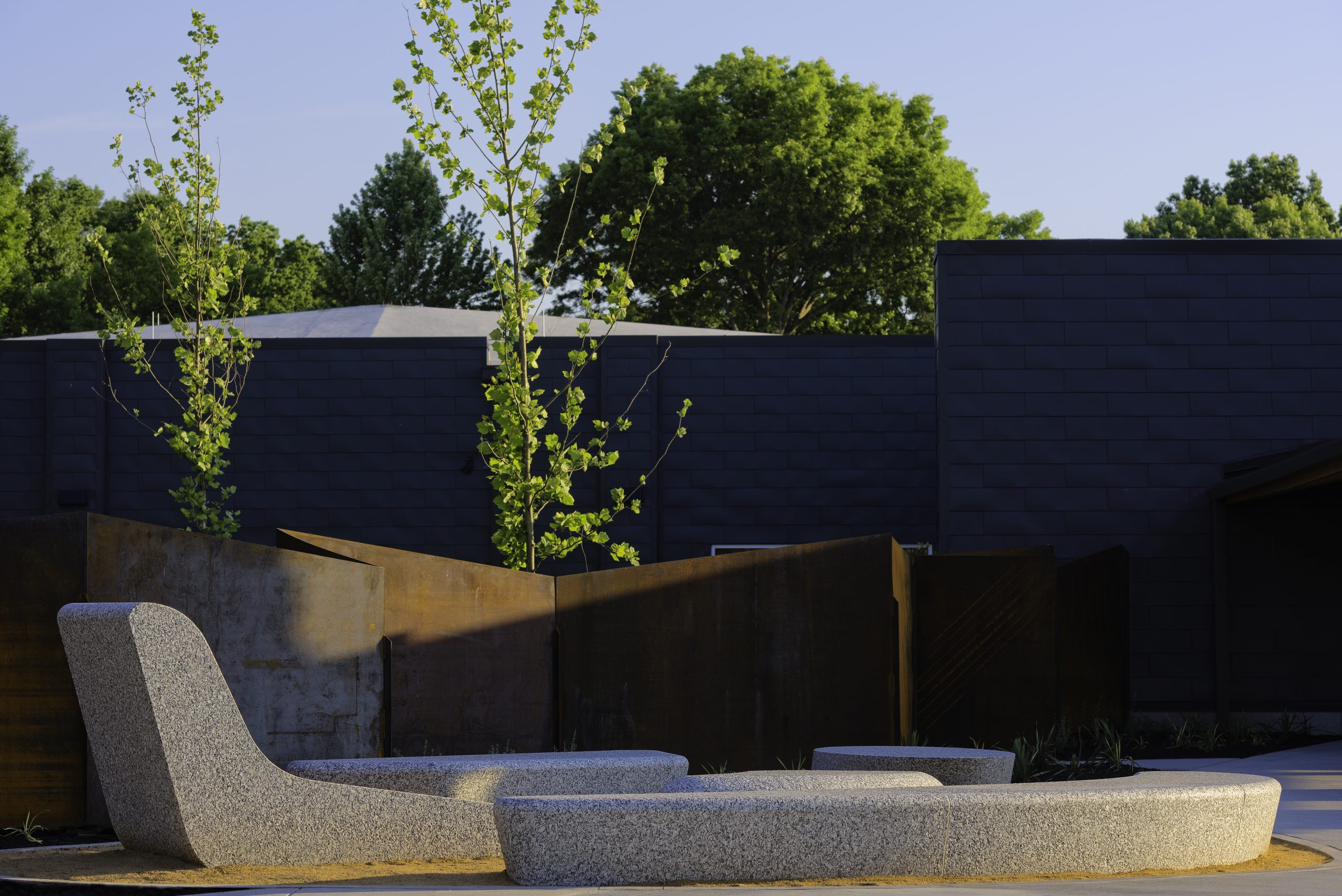 Within an architectural context that celebrates post-WWII optimism, industry and the historic migration to the suburbs and, at the same time, a modern sensibility of new urbanism, adaptive redevelopment and people friendly places, five archetypal forms are explored that are consistent with mid-century modern design and create a functional art element that reflects community values by creating an outdoor room for public gathering entitled Assemblage. “Assemblage” within the art world is a form of sculpture comprised of three dimensional objects arranged so that they create a piece. The word “Assemblage” is also defined as a gathering of people.

Within view of such a definite architectural style, it was imperative for the artwork to work seamlessly within this context. With a small plaza at the artist's disposal, that featured a very tall existing obelisk, it became evident that a horizontal work was needed for the space. A living room of assembled forms became the answer.

We were provided 3d computer models of the site and architectural drawings. However, in conceptualizing and ultimately realizing the project, we worked very independently.

Meticulously crafted Mid-Century Modern forms created a sense of a living room for visitors to enjoy.