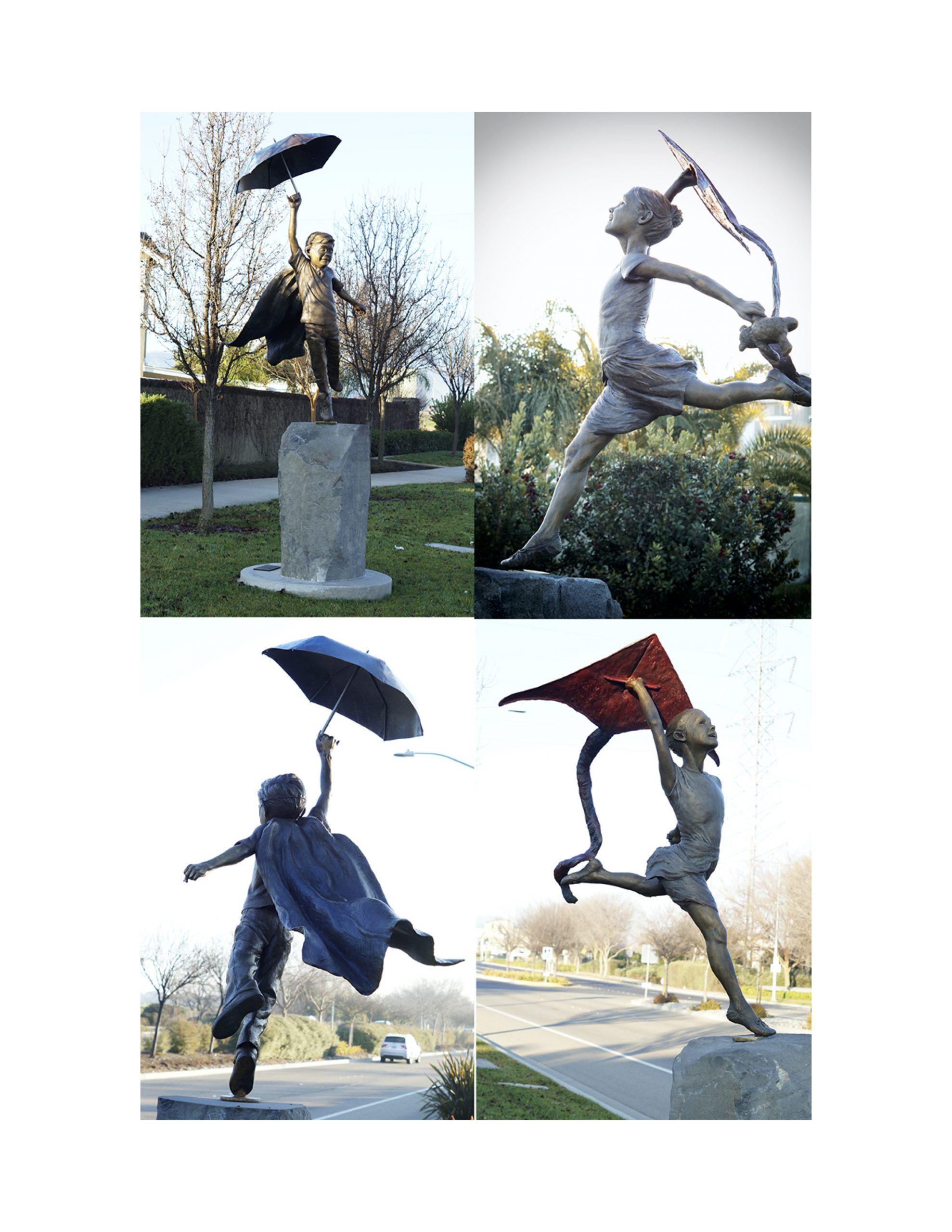 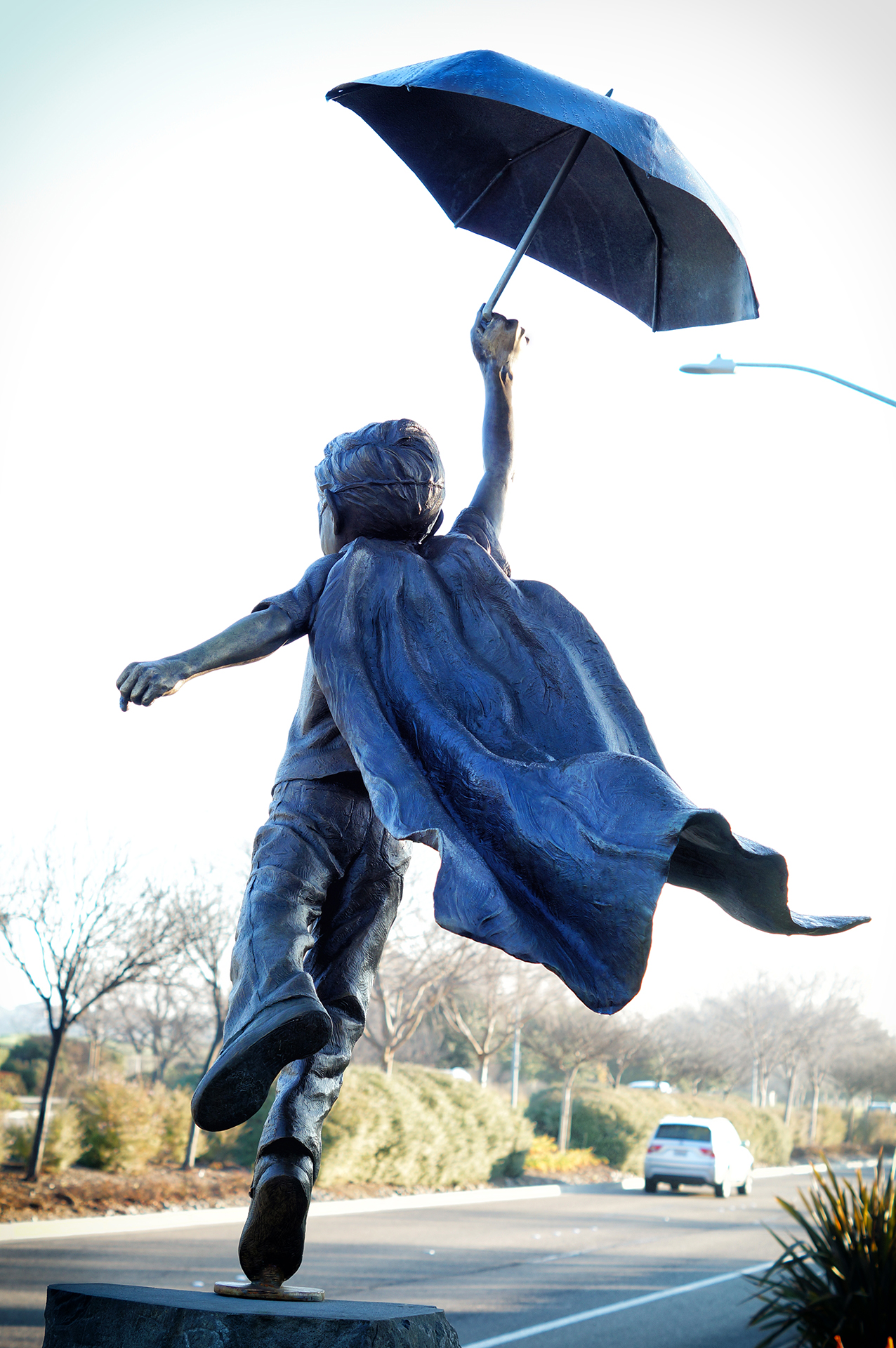 The Playful Winds sculptures are a story of imagination. The first piece is called, “A Princess’ Journey”. The second sculpture is called “First Flight”. Both are larger-than-life size bronze sculptures for the City of Brentwood. My concept designs won the commission from a large group of artists who submitted their work.

Both sculptures tell the story of a whimsical flight of fancy, yet each of them is unique.
How old were we when we decided umbrellas could no longer carry us away, that dolls couldn’t speak and kites couldn’t fly us away to a world of magic and mystery? Does anyone ever consciously make this decision? The truth is, a playful heart is not something that is limited to a certain age. George Bernard Shaw said, “Remember, we don’t stop playing because we grow old, we grow old because we stop playing”, and that is what these sculptures are all about. I wanted to help people embrace the freedom of experiencing the world through the lens of their imagination, whether they are returning to it or whether they are being introduced to the concept for the first time.

I am a figurative sculptor: I work with the human figure, portraiture, and realistic animal forms. Imagination plays an important part in my process. I began with sketching out possible poses, gestures, and expressions for the figure. Drawing and sculpting work together throughout my process, and I need the vision that both art forms allow in order to create a successful piece. Once I explored the figure’s potential in sketches, I selected the best composition and used it to create a three-dimensional maquette. Taking the figure into three dimensions allowed me to visualize its contour and dynamic movement, and to explore the figure from every angle. Only when I was fully satisfied with the maquette I moved to a full-scale piece in clay, and eventually, in cast bronze. The location for each sculpture was already closed by the City, and because the cars would be passing by I designed a base which was at a height of 42" that would allow for each sculpture to be best viewed.