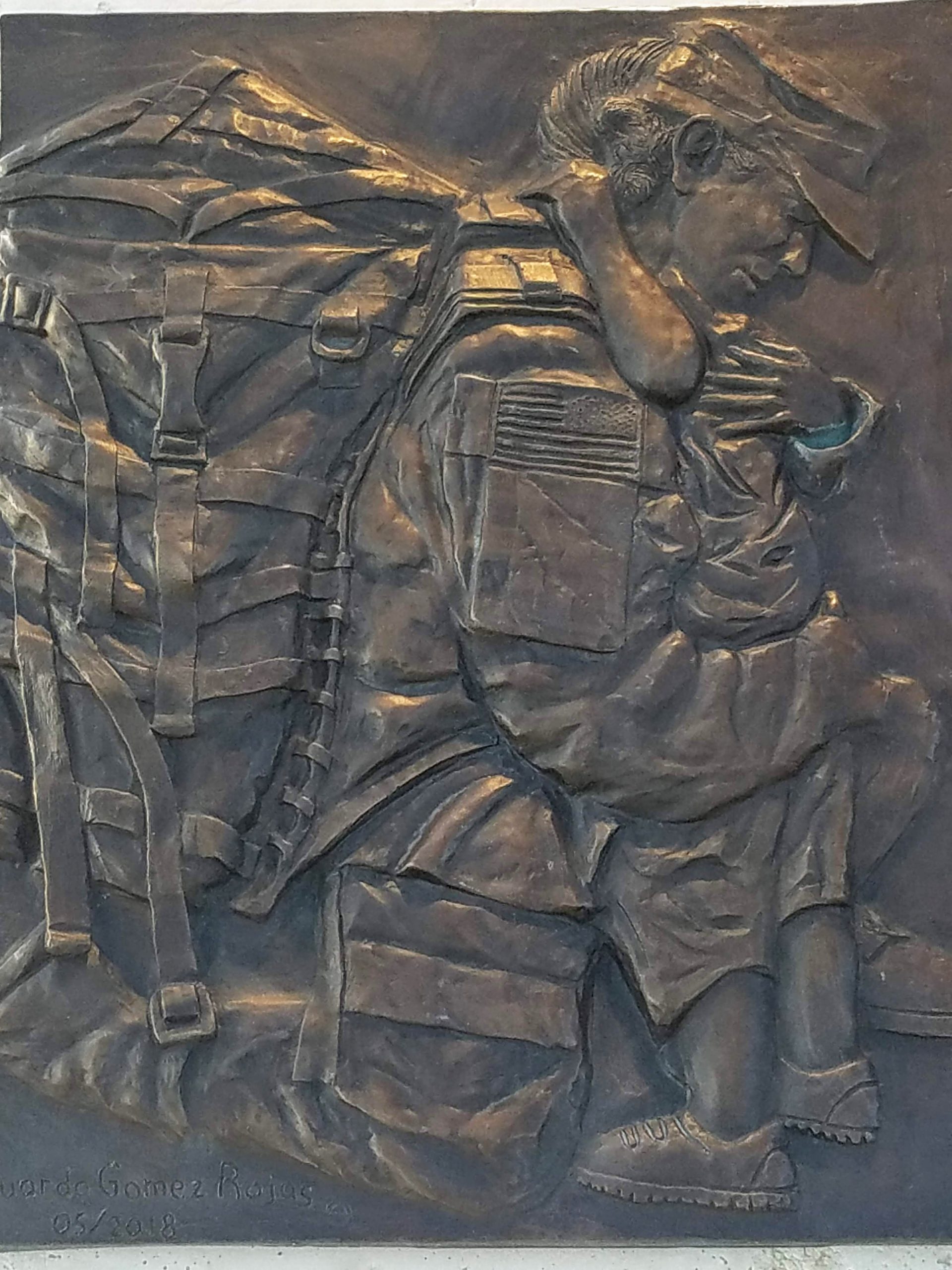 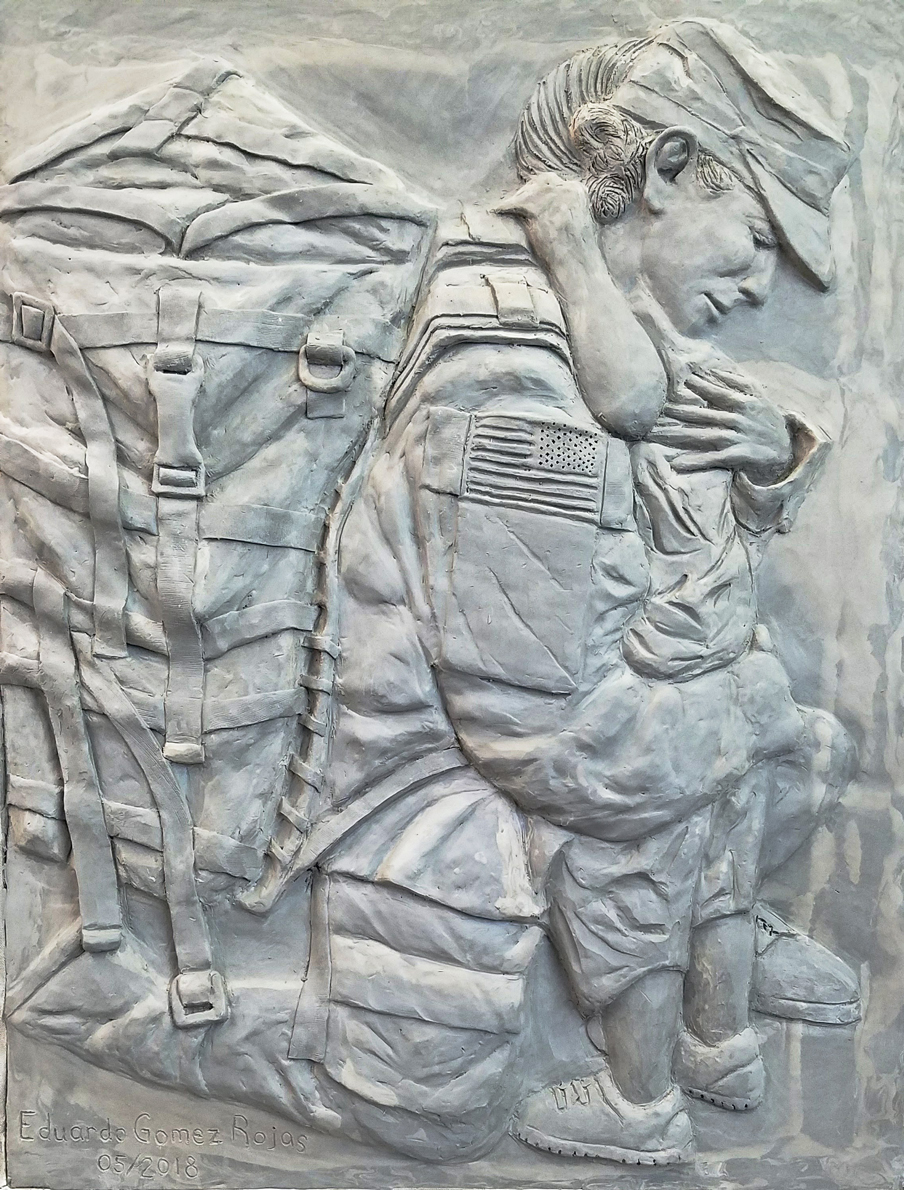 ” Unconditional” is a 22″ x 27″ Bas relief cast bronze sculpture. Pedestal is Concrete with cast stone cap.The Top of the pedestal has an inclination of 45 degrees. Honoring female veterans. The sculpture sits on an inclined pedestal that bookends the American flag at the entrance of the Distinguished Service Memorial Park in the city of Stuart. The pedestal is a mirror image of the pedestal in front of the flag which contains a high relief sculpture also by Eduardo Gomez

The size and shape of the space required a half kneeling figure. The female soldier embraces a young child. The overwhelming size of the backpack is a metaphor for the burden placed upon the soldier.The head of the child on the blind side so as not to distract from the serious expression of the soldier who seems to be considering the enormity of the situation. The child is a symbol for our nation and our institutions.

The artist worked with 2 live models and a female army colonel who served as a consultant and adviser. After various sketches, the artist selected the one which best represented the idea of a soldier who makes the ultimate sacrifice of leaving her own children to protect ours.The idea was presented to a to the project committee composed of the City officials and the Rotary Foundation which contributed 50% of the cost of the sculpture. After unanimous approval of the art concept, the artist presented the concept to the local veterans organization, to the committee of friends of the Memorial Park and finally to the City Board. After this, the artist rendered the work in clay and called the project committee to his studio for final approval before taking it to the foundry. The pedestal was already designed because it had to be the mirror image of the pedestal on the other side of the flag and the sculpture was made to fit on top. Therefore, no additional coordination was required with the civil engineer and the landscape architect. The artist then provided a template for locating the holes.