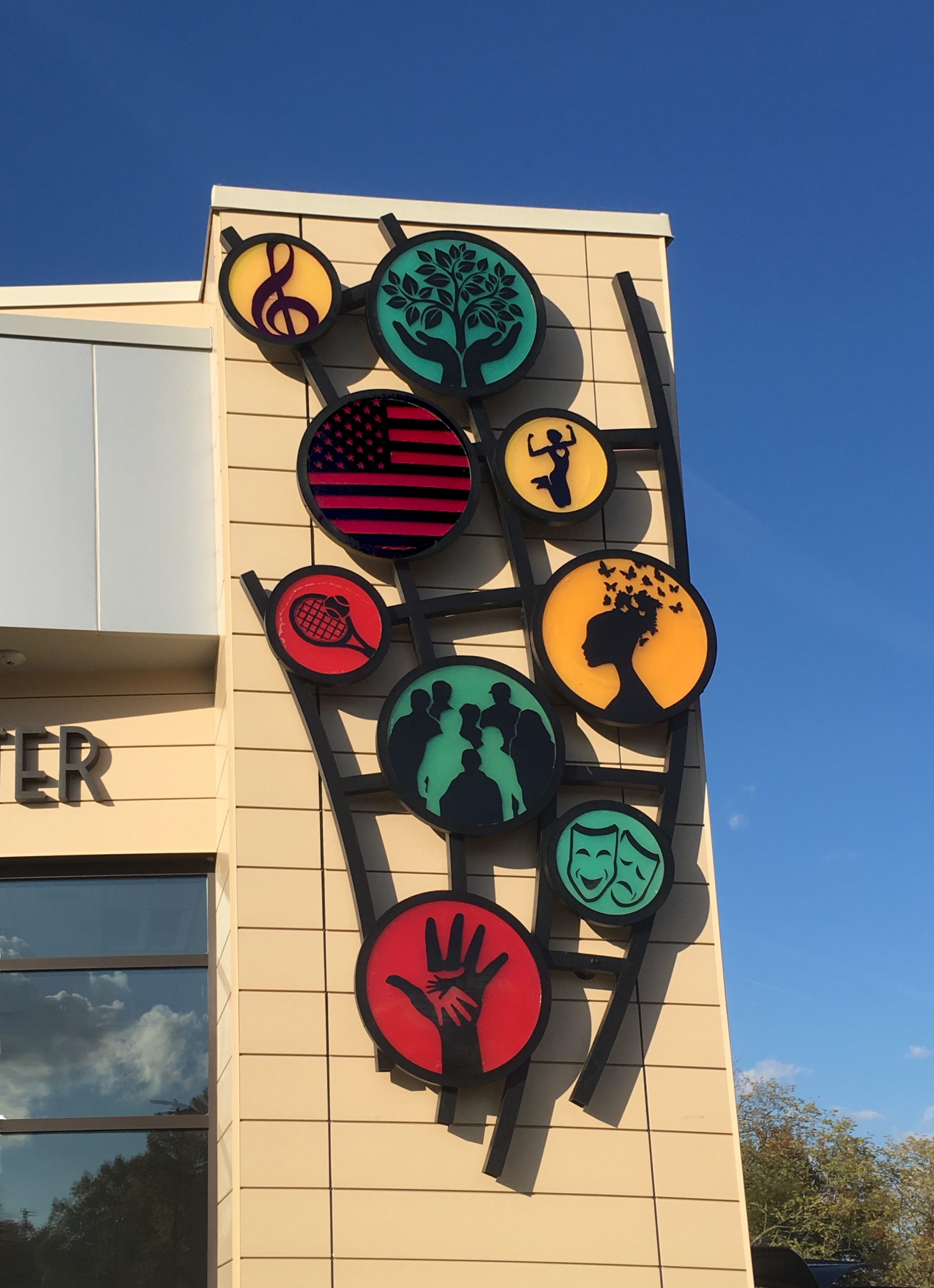 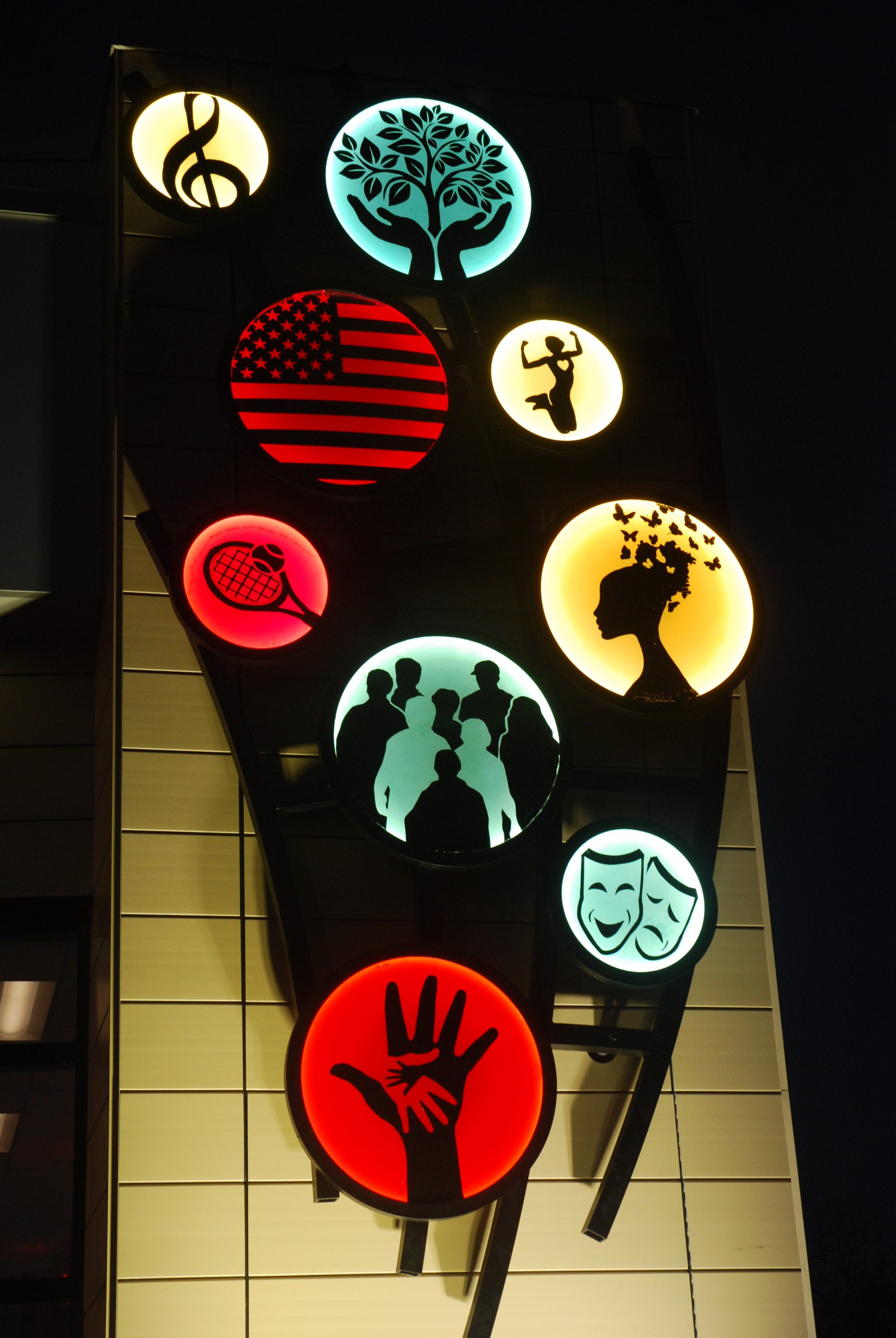 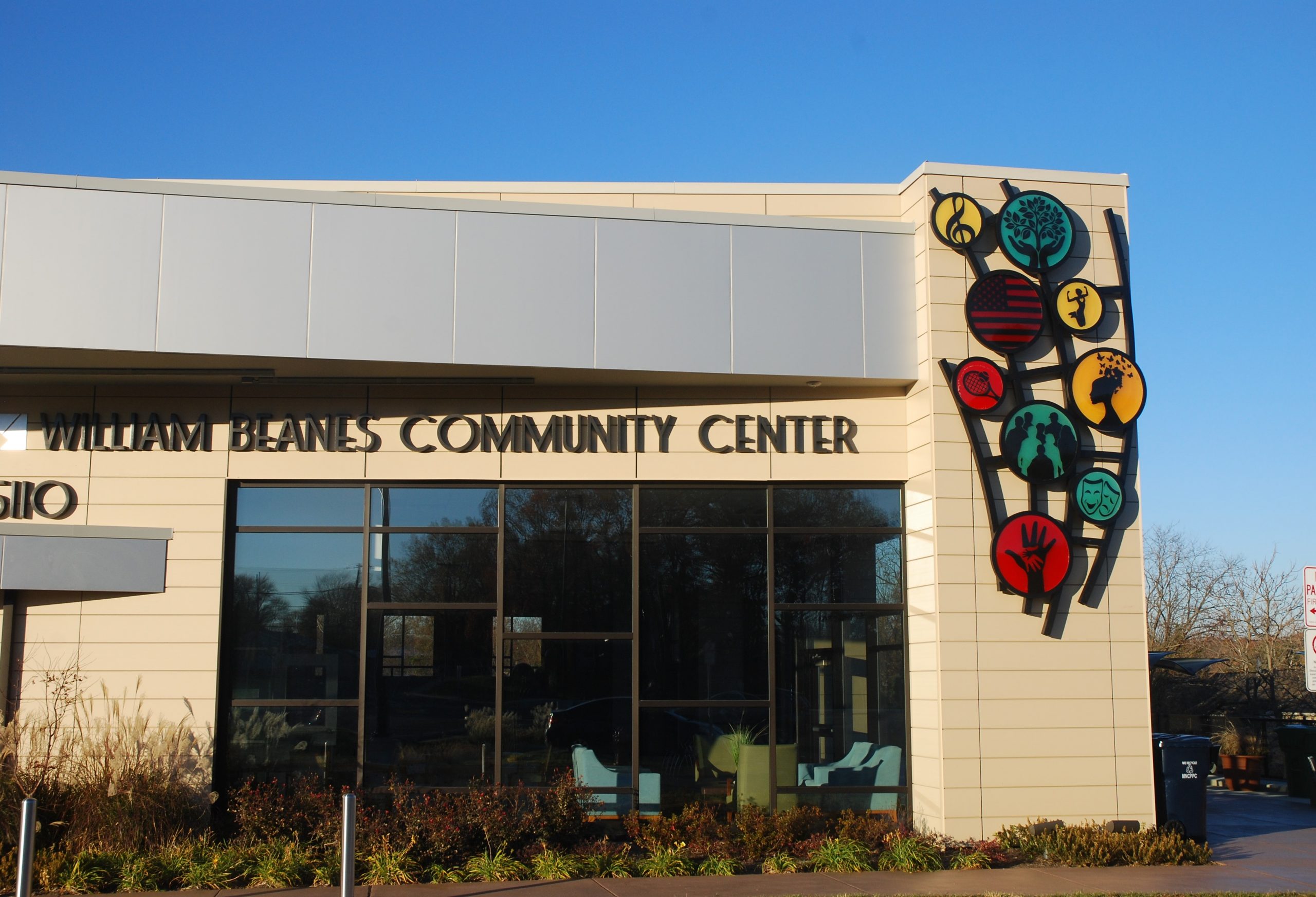 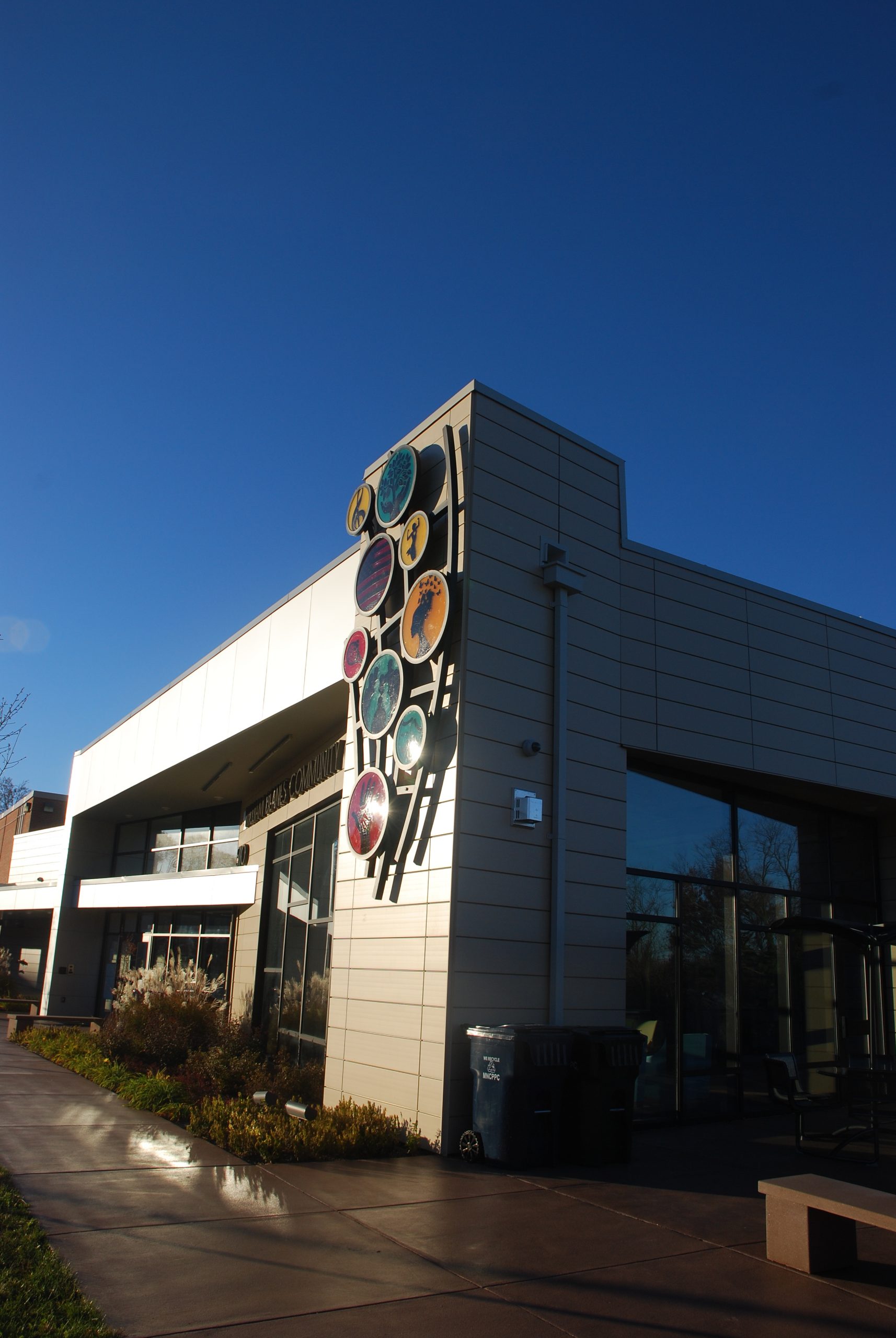 Washington Glass Studio recently installed the site specific commission for the William Beanes Community Center in Suitland, MD. The artwork was commissioned by Prince Georges County for the new community center named for William Beanes, MD, who played a pivotal role in the history of The Star-Spangled Banner. If not for Dr. Beanes, Francis Scott Key would not have been on a ship in Baltimore’s Harbor, and he would never have written the poem which became our National Anthem. Location of the art was on the buildings side wall that measured 10'W x 25'H.

The design by Washington Glass Studio is characterized by abstracted fireworks “Bursting In Air” to connect the National Anthem and to reference imagery inspired by Suitland’s residents and heritage, the community, its history and goals.
The LED illuminated discs were mounted to a powder coated structure that was mounted to the building structure.

The images were designed and selected by the community after a series of interactive meetings and finalized with the help of local council members.