The Parrish Sculptures at TCU - CODAworx 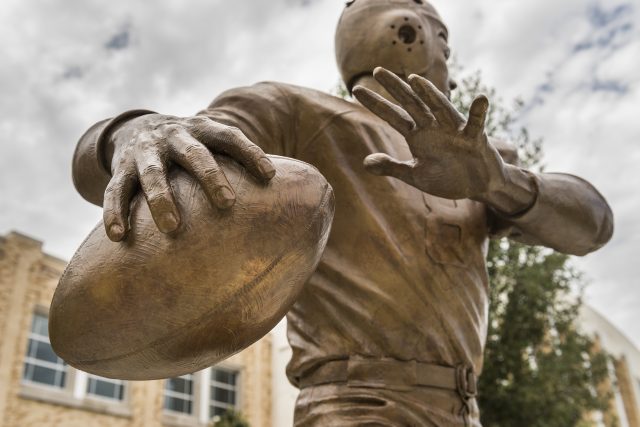 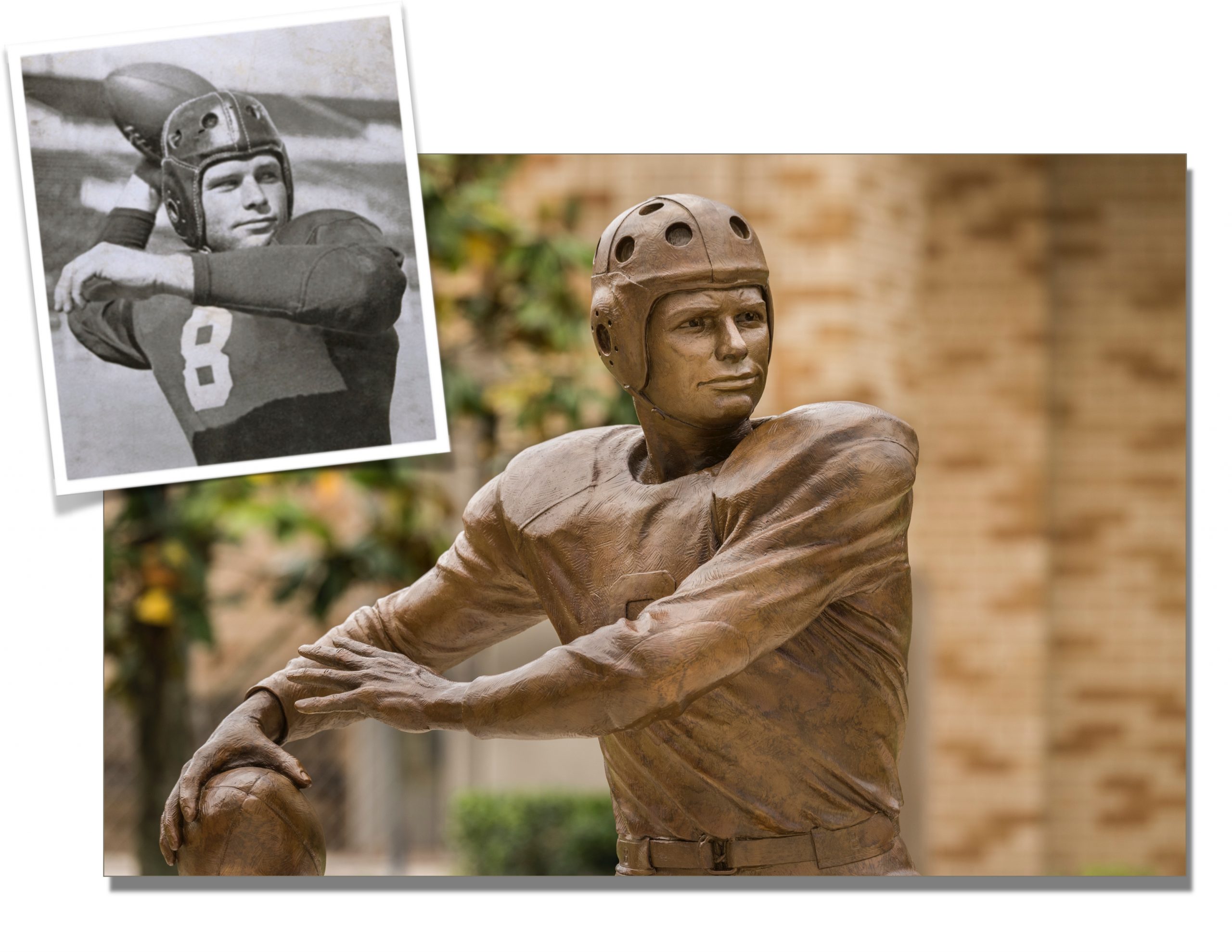 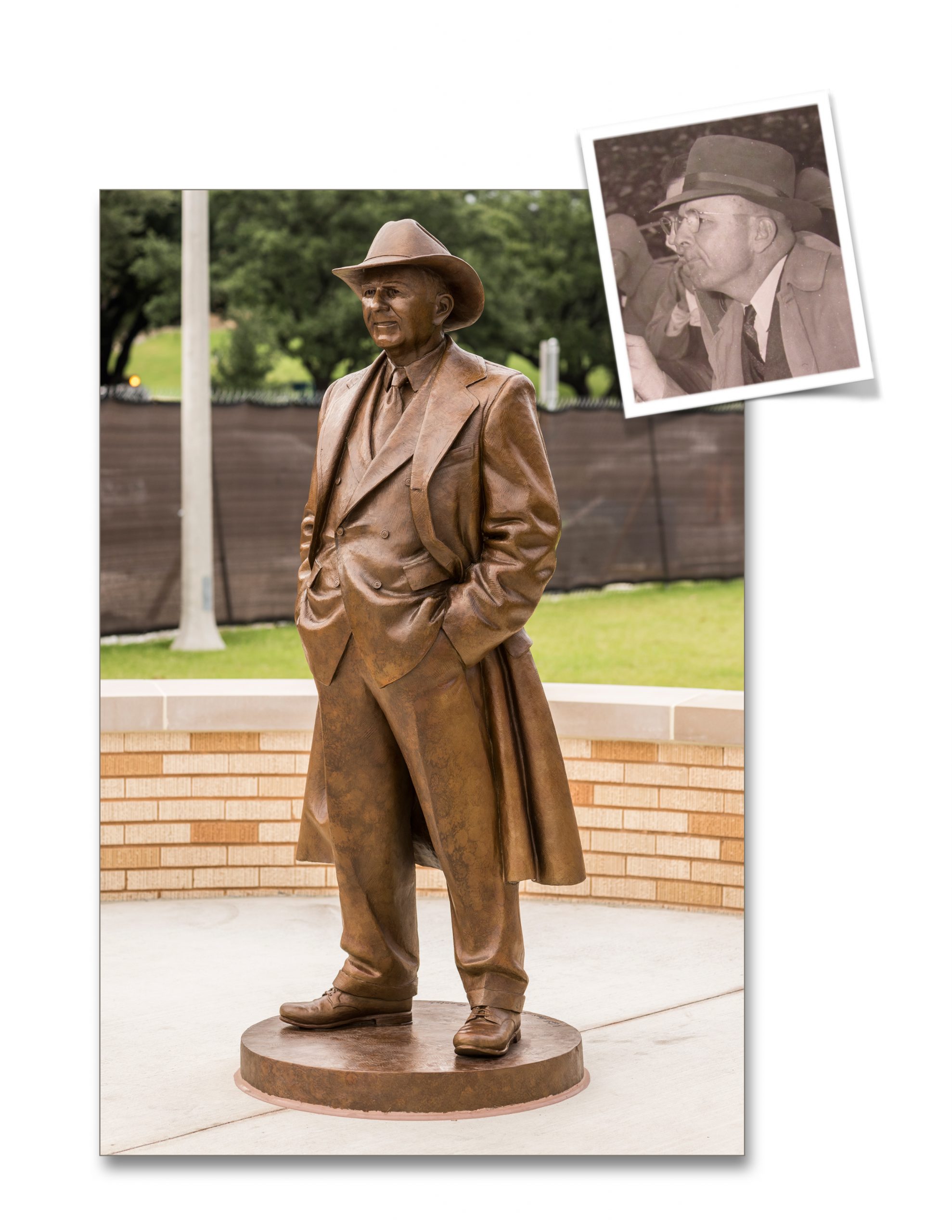 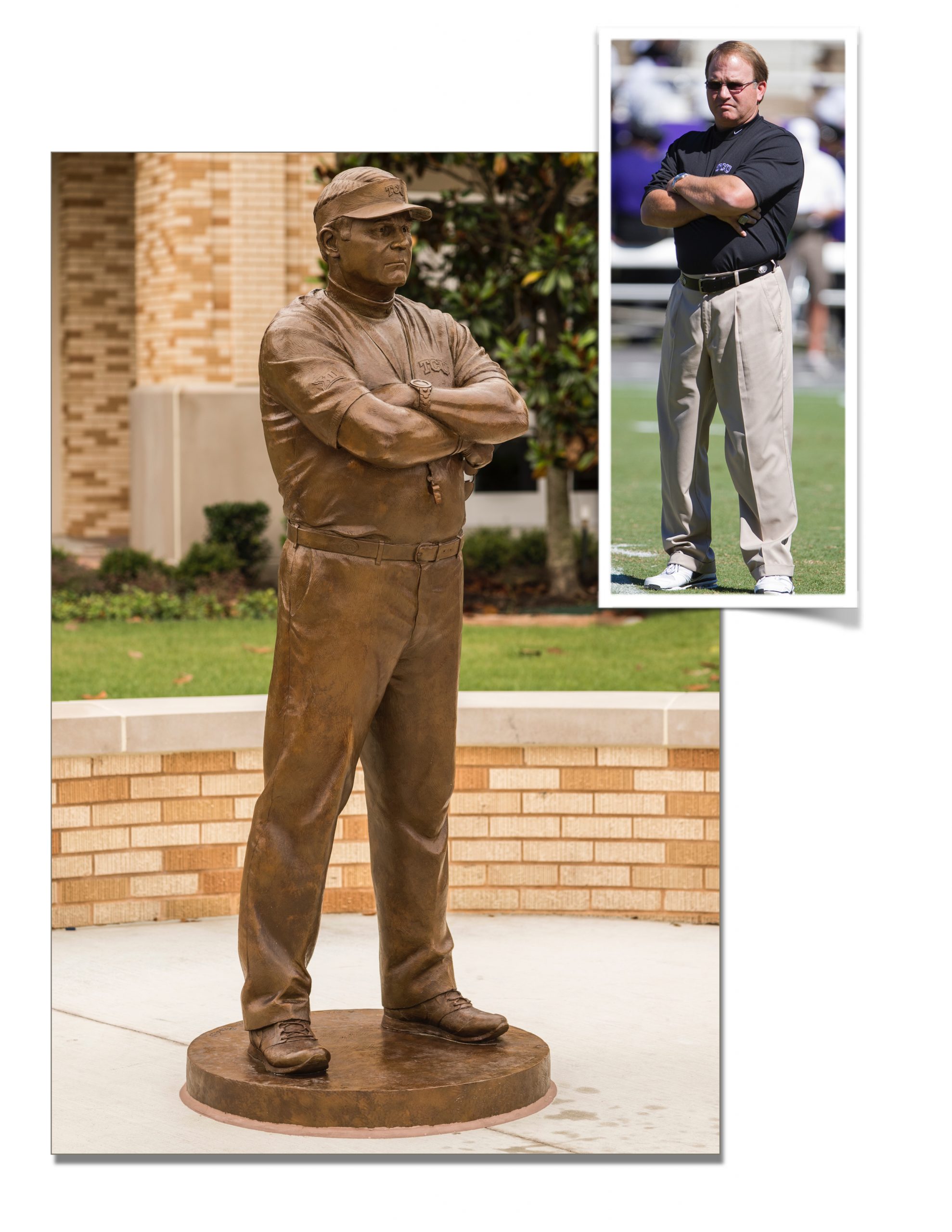 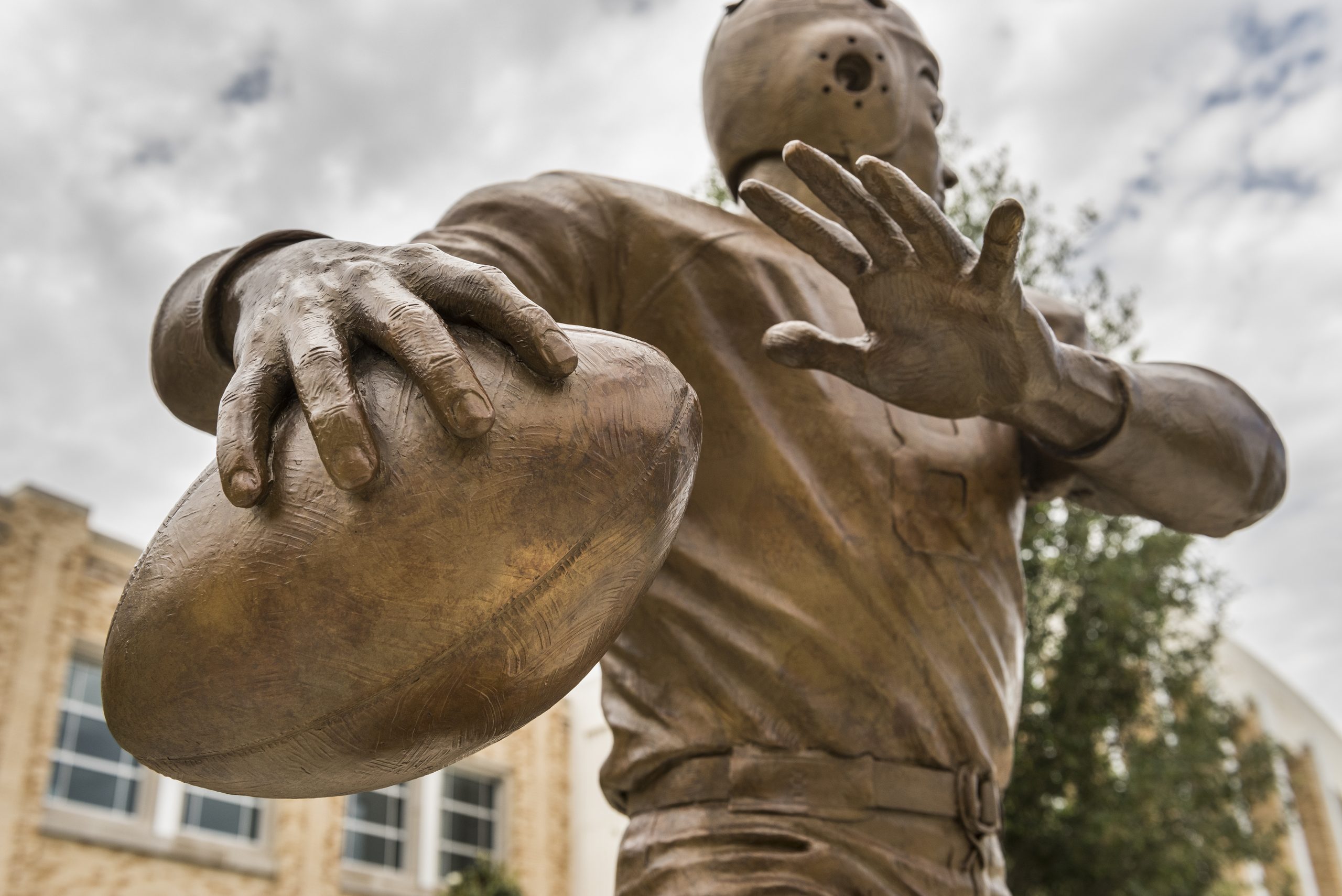 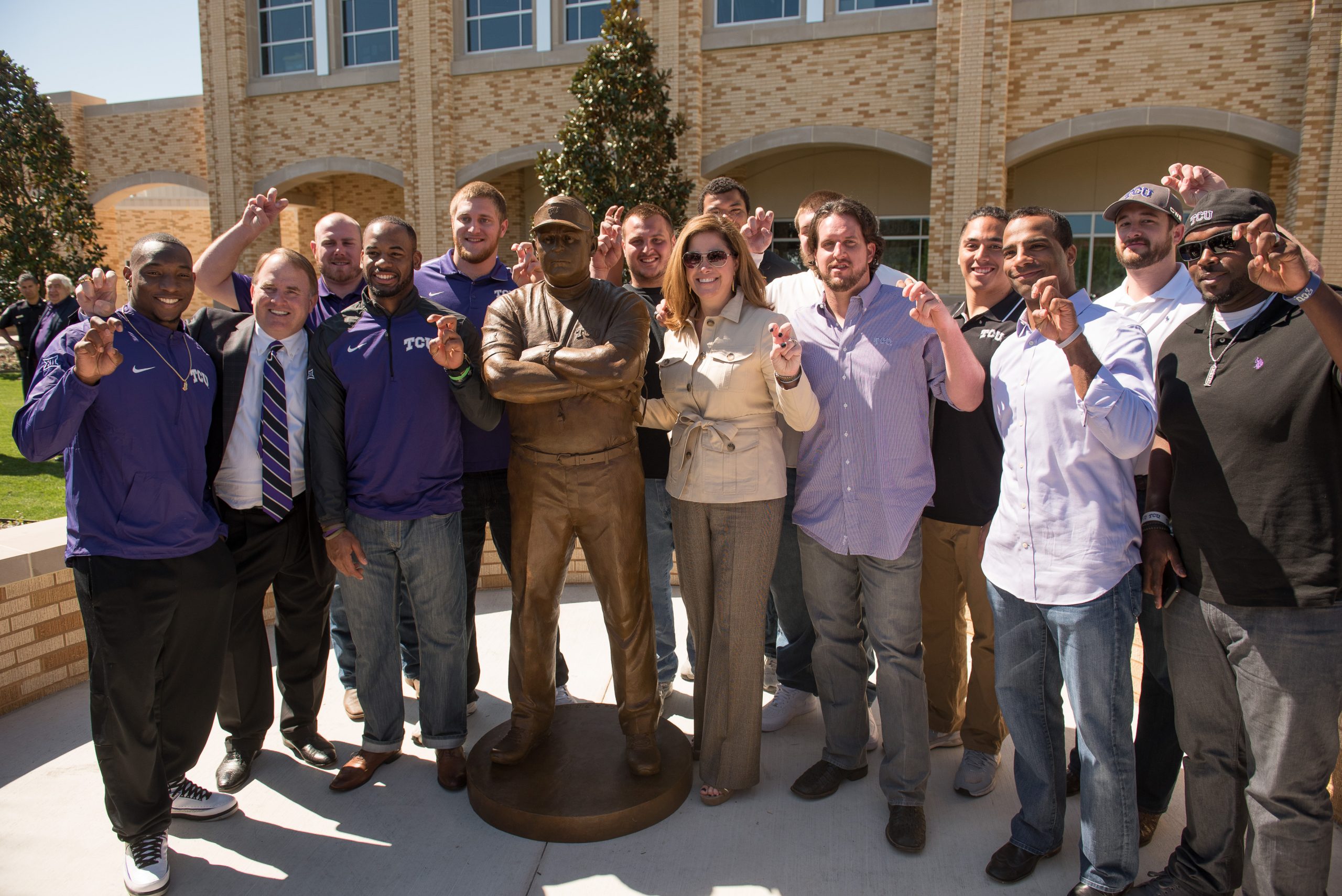 Dutch Meyer was Texas Christian University’s most-winning football coach until the current coach, Gary Patterson, shattered his record. Meyer played for TCU before coaching there. Known for his style on the sidelines, he wears a full suit and overcoat.

The aim for this grouping was to inspire current TCU students and alumni with a vision of TCU's football past and future. The past is represented by the previously most-winning coach and AD, Dutch Meyer and the school's only Heisman winner, Davey O'Brien. The future is represented by current coach, Gary Patterson, who shattered Meyer's record several years ago and is still going strong.

Because two of the portraits were of people who were no longer living, it was important for us to gather as many photographs and first-person descriptions as possible. Luckily, there was a player who had played for Dutch who helped us with him. And the Davey O'Brien Foundation had incredible archives - even lent us a pair of the 5'7" O'Brien's football pants so that we could get his dimensions right. Patterson allowed us to photograph and measure him, so that the net effect of the portraits was "eerie" according to our patron.

The force behind these sculptures, Bill Parrish, passed away shortly after the sculpture dedicataion. These sculptures would not exist if not for his original idea, drive and enthusiasm.