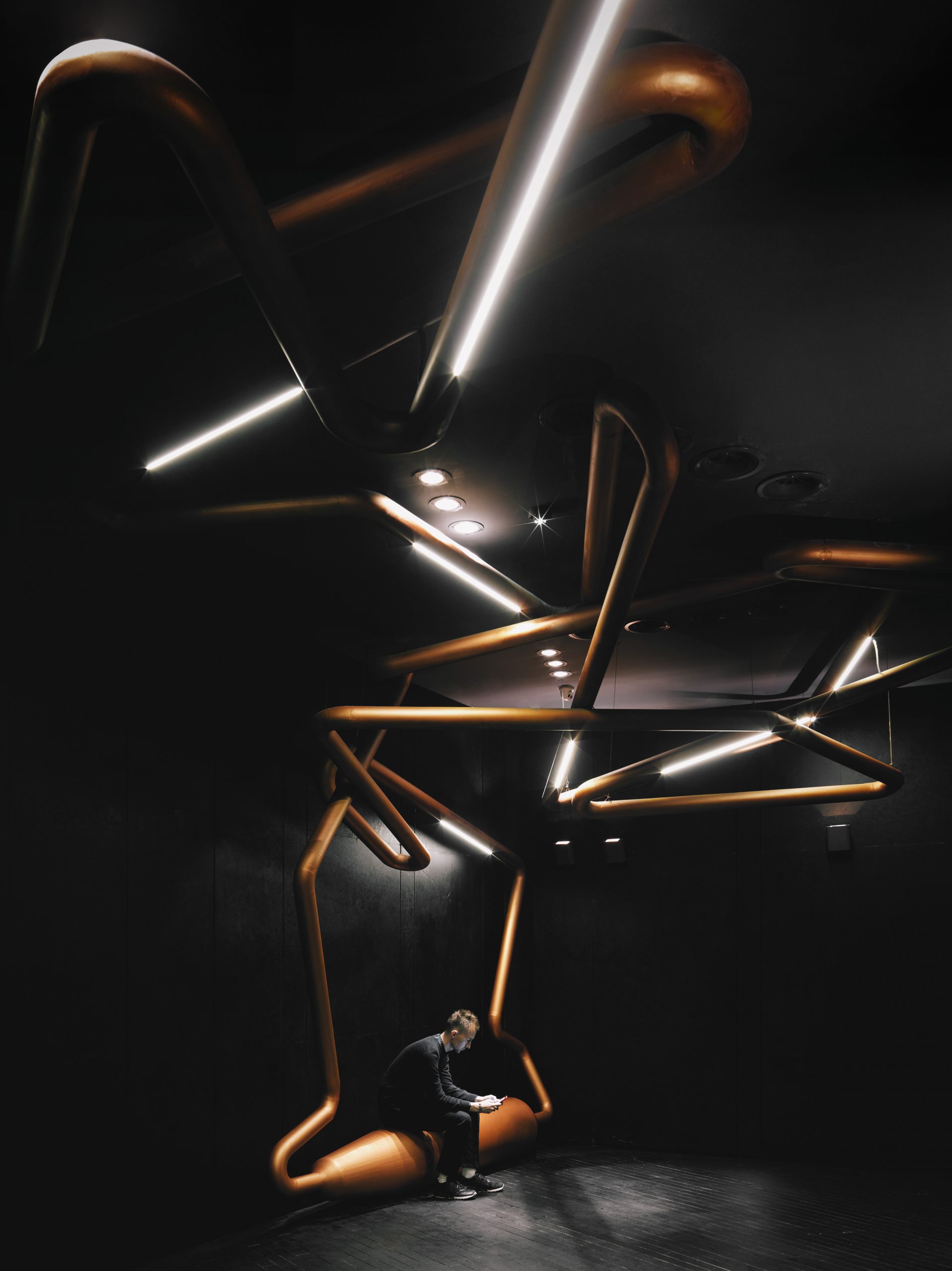 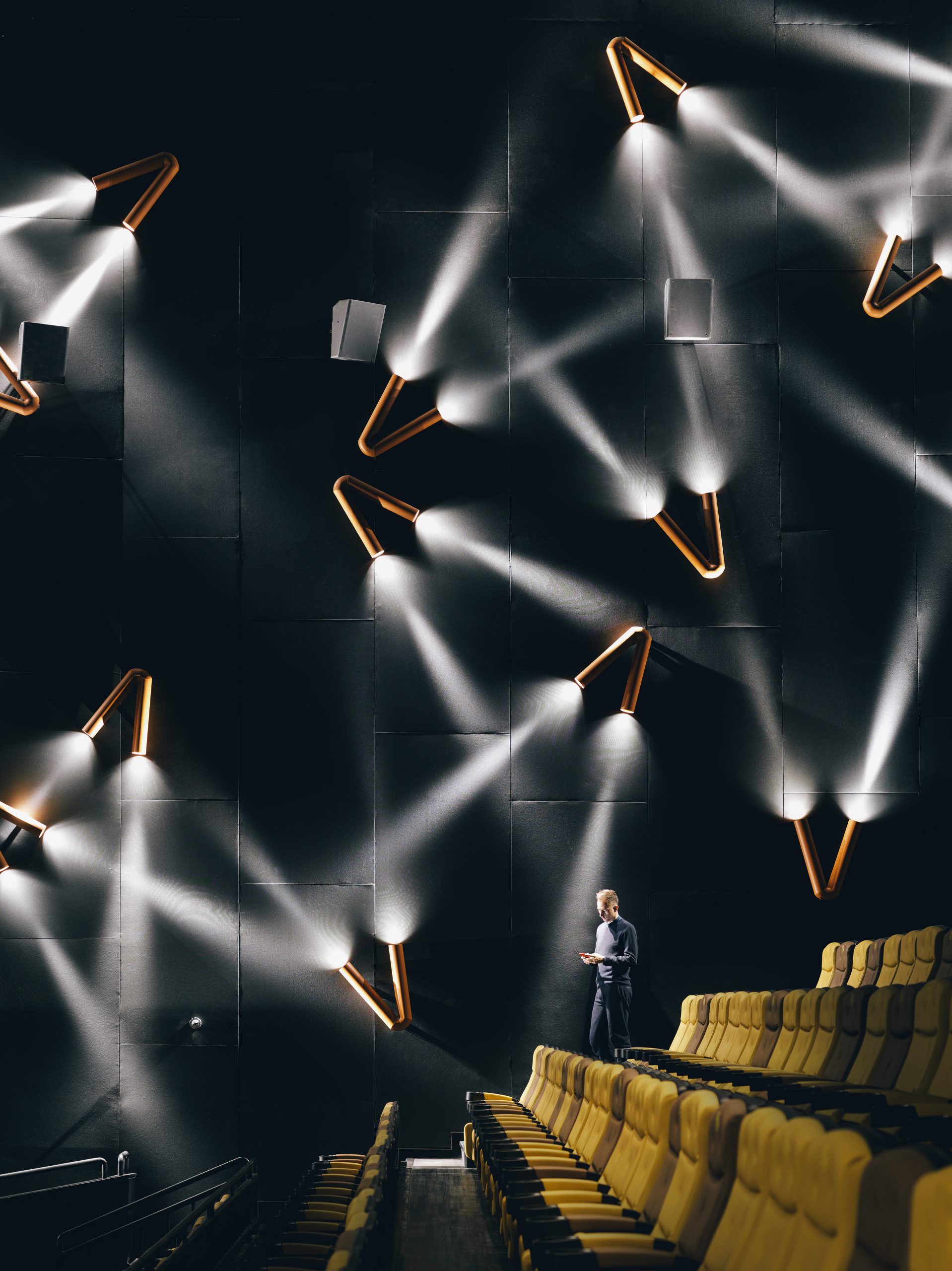 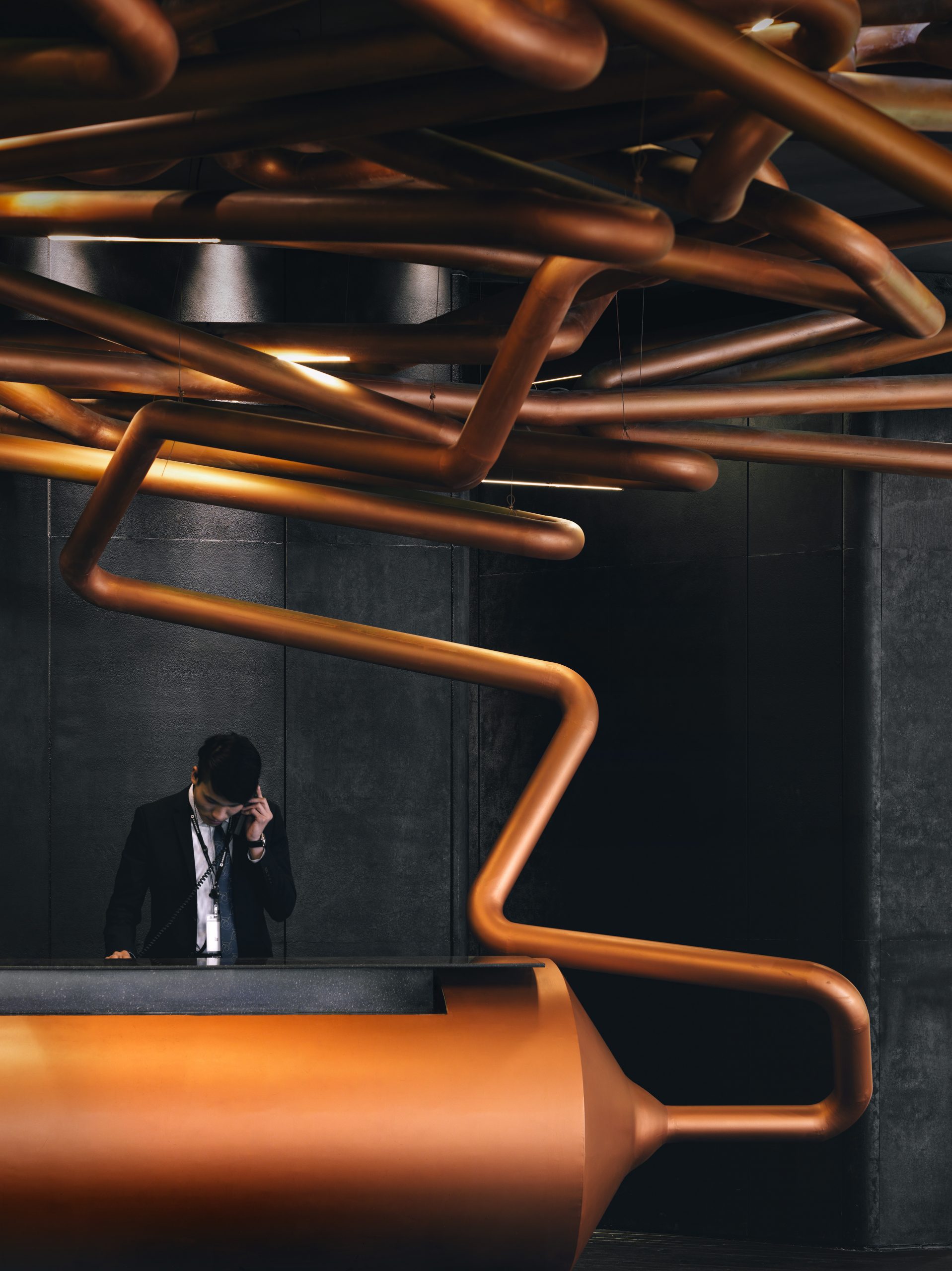 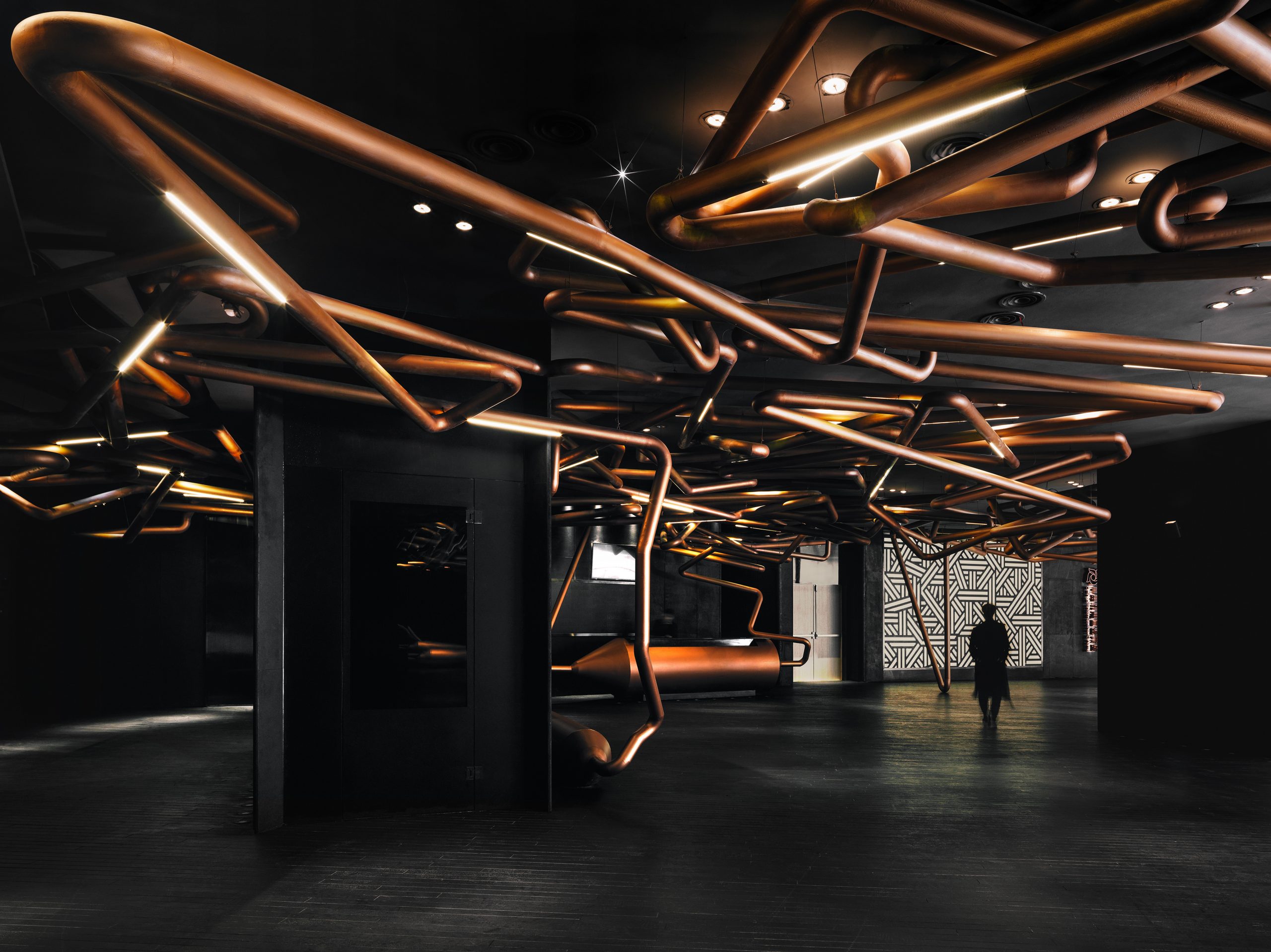 A lot of equipment are used in the process of filming, the rail used for filming plays an important role in tracking shots, where the camera is mounted on a camera dolly, which is then placed on rails for it to move smoothly while shooting. The designers adopted “rails” as the theme of the design for Shanghai Omnijoi International Cinema. Rails are illustrated through copper colored metal tubes that stretch throughout the entire cinema.

In this design, the theme of rails is illustrated throughout the entire cinema. The designers created a space with a coherent theme. As the visitors step into the cinema, they enter a space that is detached from reality, and enjoy a complete movie viewing experience until they leave.

As visitors enter the lobby, they would see metal tubes winding and overlapping on the ceiling above them. Some of these tubes reach down and become seats for visitors to rest, parts of the tubes enlarge and act as ticketing counters. These straight tubes bend sharply at random places into different angles, imitating the form of rails in an abstract fashion. Elongated lights are installed along these tubes, while adding varieties to the ceiling feature, the lights provide illumination to the space at the same time.