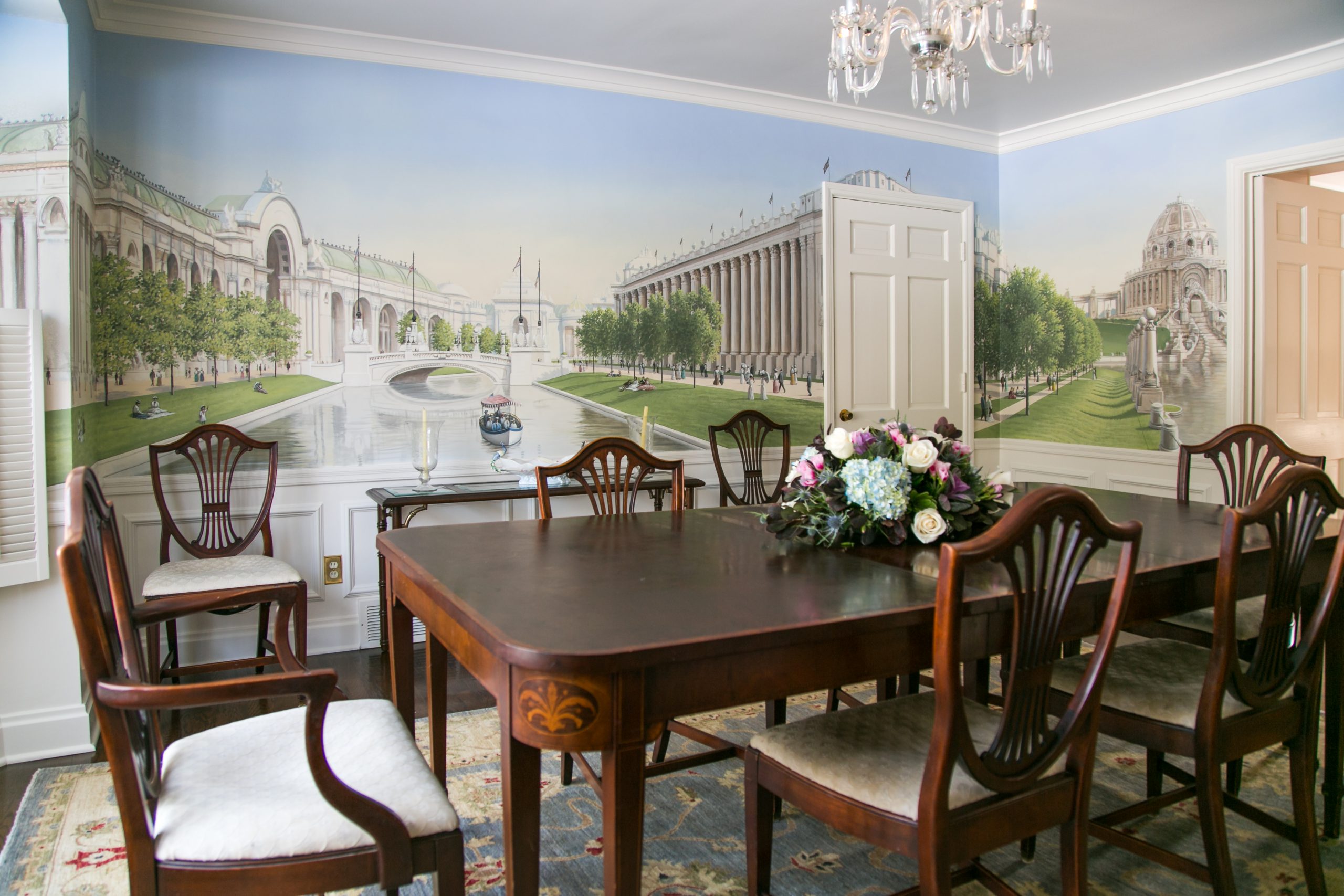 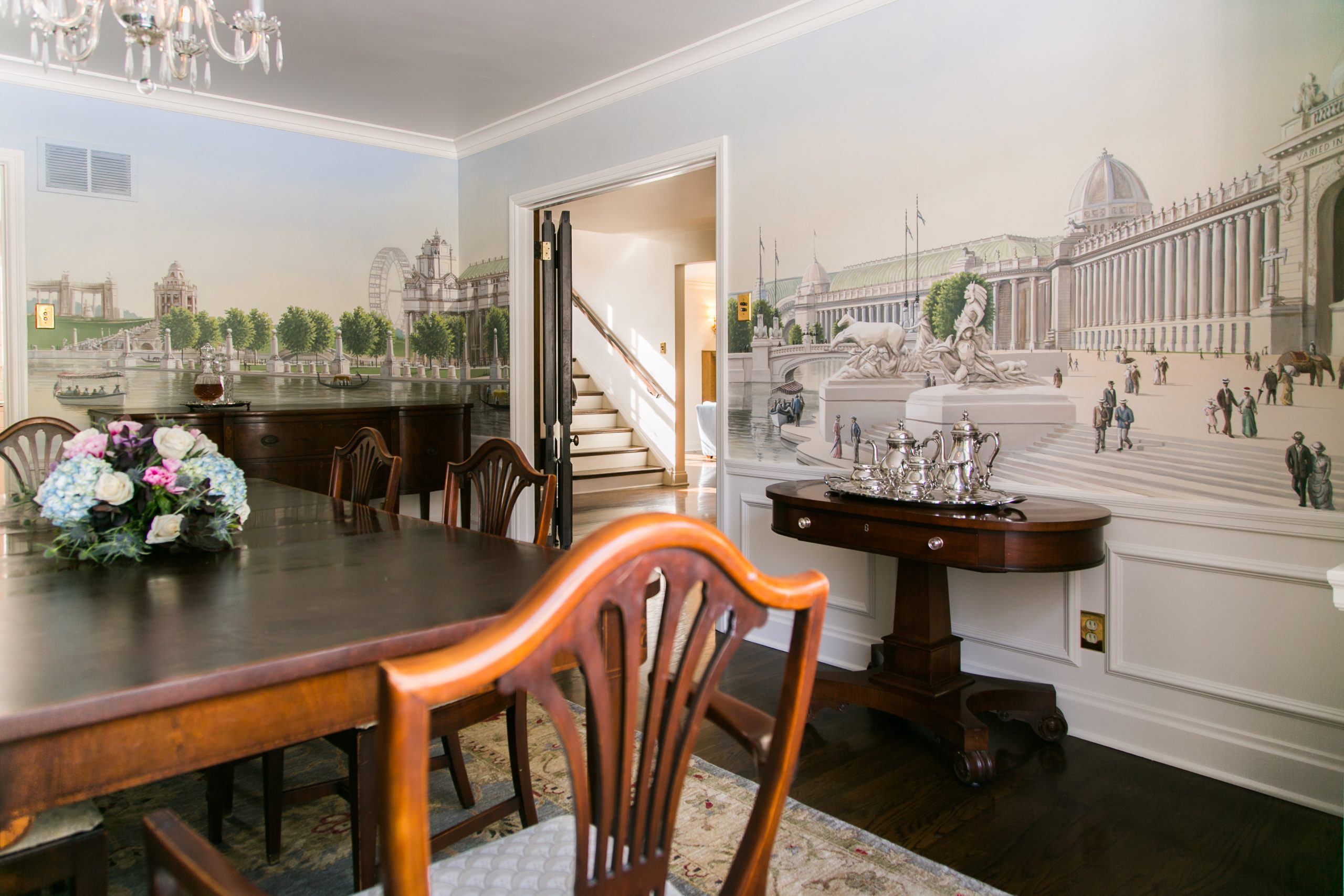 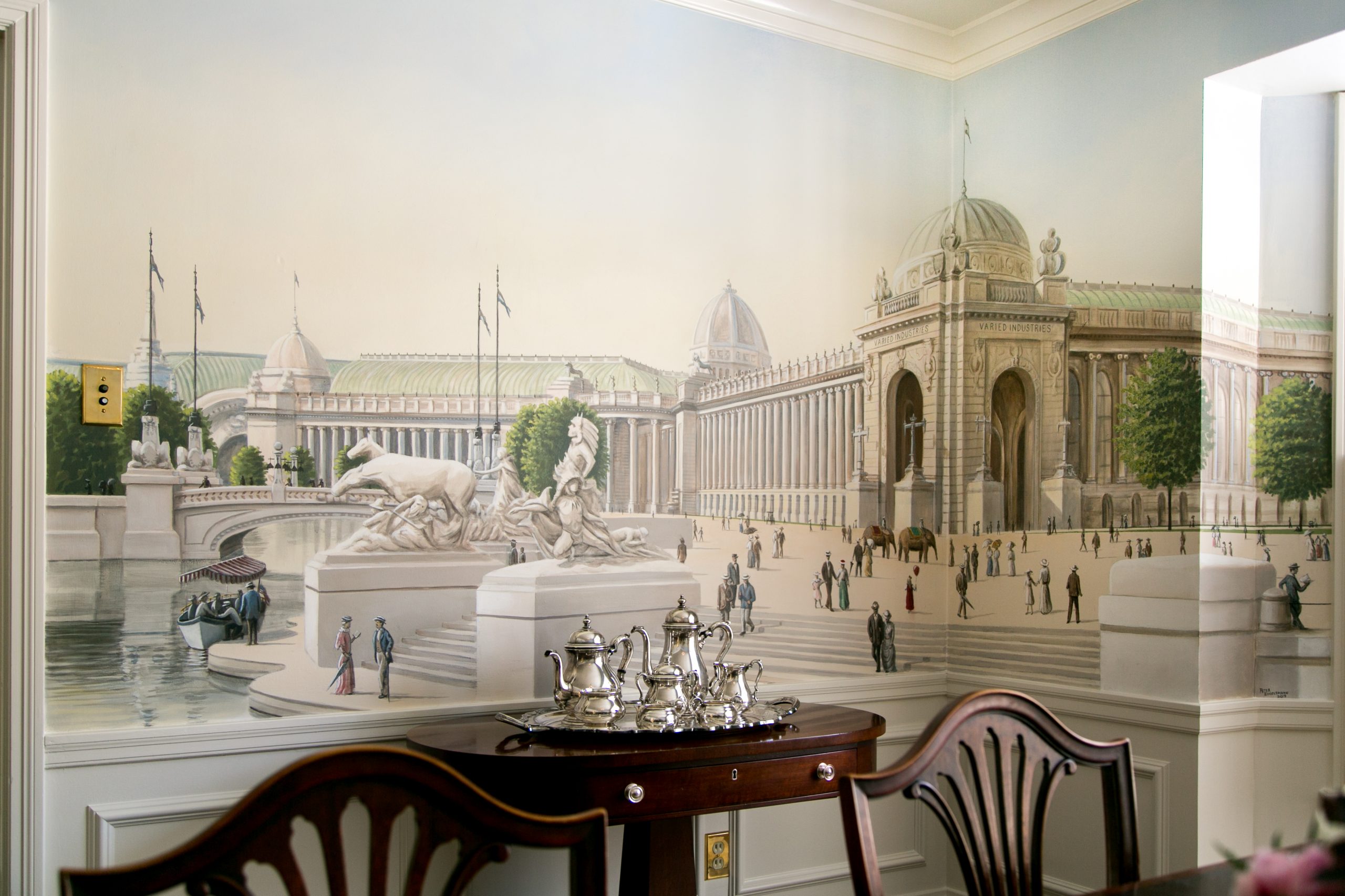 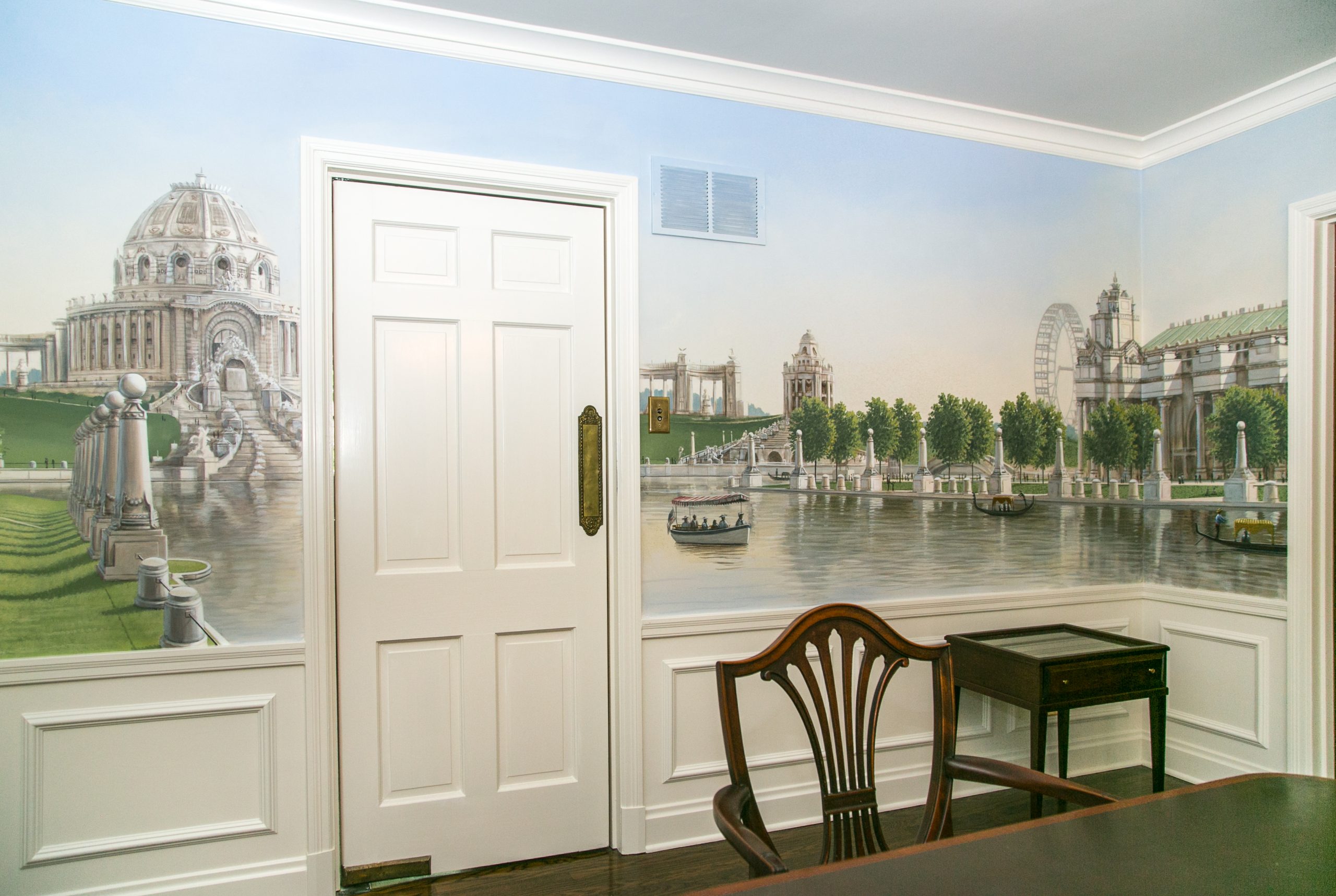 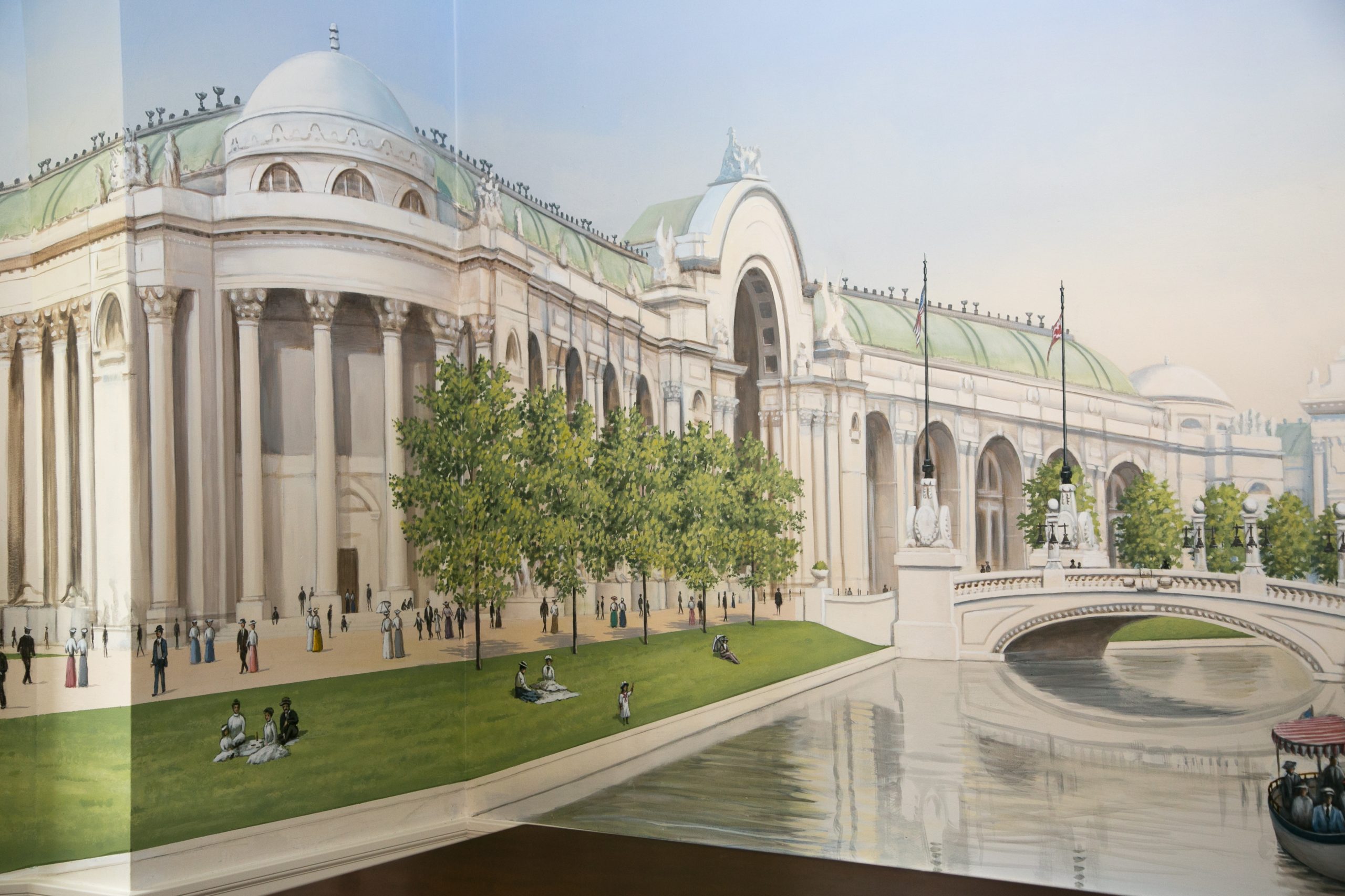 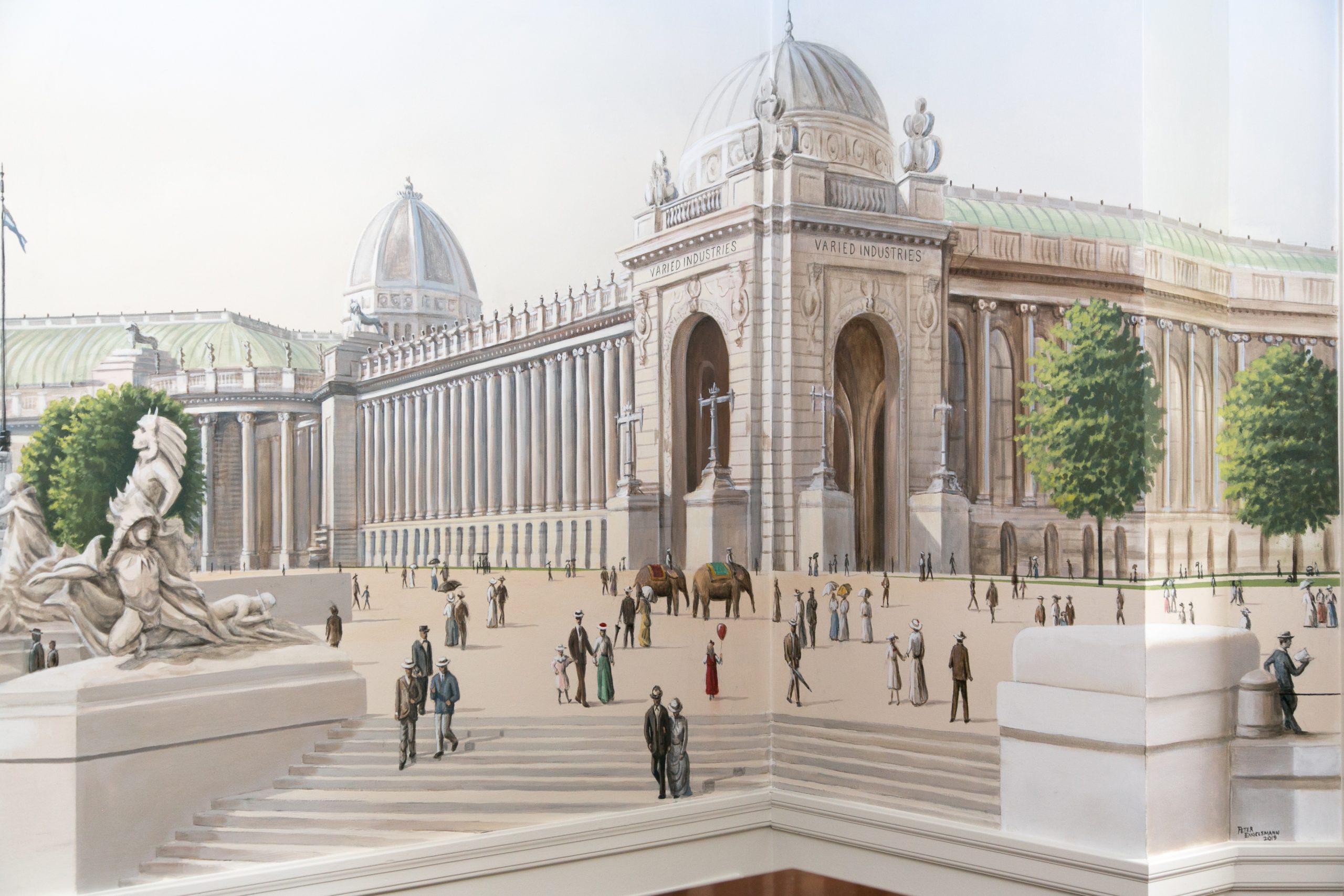 A historically accurate 60′ x 6′ mural of the 1904 World’s Fair in St. Louis, MO, hand-painted on the walls of a residential dining room in St. Louis. Evoking the history of the city’s past and the personal story of the client’s ancestor who attended the fair and passed down family stories.

The client's vision was to transform the family dining room into a four-walled 360 degree view of the 1904 St. Louis World's Fair. The client's great-great-great grandmother had attended the fair and told stories, passed down through the generations. Visually, the client wanted the mural to be reminiscent of idealized historical postcards and souvenir books from 19th and early 20th century world's fairs, complete with attendees in period dress. With the client's vision in mind, my goal was to depict the mural as historically accurate as possible, incorporating as many elements of the fair as I could, from a single believable vantage point, while overall maintaining a visually pleasing composition.

After an initial site viewing and discussion of the client's vision, I began an in-depth research process, gathering any and all historical information I could find. Using the library, the Missouri History Museum, the internet, and numerous books, period photos and maps, I was able to reconstruct the architectural layout of the fair, and then select a virtual spot in the grounds of the fair from which to base a 360 degree perspective. From here I chose a direction of sunlight and then began to design the composition, studying the vintage photos of architecture and re-drafting the buildings in the correct perspective. The eye-line was designed to be optimal for those seated at the dining table. The mural was then hand drawn directly on the wall and painted in acrylics.