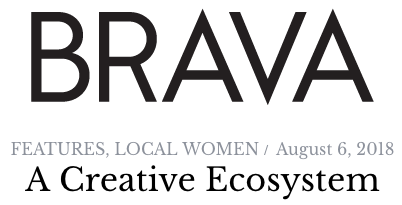 TONI SIKES BUILT CODAWORX INTO A HUB FOR ARTISTS, BUYERS AND CREATIVES WORLDWIDE

Madison is far from the capital of the art world. But right here in the capital of Wisconsin is the only company of its kind connecting artists to commissioners of art and to the fabricators and installers needed to bring their masterpieces to light.

CODAworx has been around for only five years yet has gained recognition among artists all over the world and will likely expand to serve international clients next year, says founder and CEO Toni Sikes.

CODA stands for Collaboration of Design + Art and CODAworx provides a website where artists can browse requests from architects, cities, companies and others looking to commission artwork. Artists, architects and installers can also showcase their past works and make connections to get their next commission. This synergy drives CODAworx’s success. “We made a statement from the beginning that in order to create these big projects it requires an ecosystem,” Sikes says.

The company has definitely created a buzz, says Stefanie O’Keefe, CODAworx’s requests for proposal specialist. “The company is still relatively young, and yet over the last couple of years, it has just become so well known in the art world that everybody is talking about it and sharing enough that the people come to us. We have new artists every day.”

Large-scale artworks that CODAworx helps make happen can be found in subway stations, airports, hospitals, public squares and private condos. “The beauty of it is you’re seeing this artwork going into the places where people normally are. Everybody goes to an airport or rides on a bike path. Not everybody goes to museums,” Sikes says.

The company helped actualize the 123-foot electric waterfall mural on the 316 Building in downtown Madison. It also worked on two pieces at Ovation and two at the new Spark building on the American Family campus.

Sikes says recognition is the other key to CODAworx’s success. Artists, architects and installers all need their work to be seen, and the website offers exposure, as does a monthly newsletter and annual awards program. This year the company had 450 submissions from all over the world. The winners will be featured in Interior Design Magazine, as well as partner design magazines worldwide.

CODAworx is Sikes’ third company and started as an online version of her first, which published a print directory of large-scale artists and designers. She has a bachelor’s degree in art and a master’s in market research. “I don’t make art myself, but I’ve always been interested in how you can apply marketing principles to get more art out into the world,” she says.

Increasingly, clients are coming to the company looking for someone to handle the whole process of commissioning and installing a work of art. This demand is driving the company’s development. “Our growth is largely in response to what people are coming to us and asking us to do,” Sikes says. CODAworx’s 2018 revenue is set to double from 2017.

Several of CODAworx’s staff members work remotely, including O’Keefe. When she thought she had to resign in order to help care for her mother, who has Alzheimer’s disease, Sikes told her they could find a way for her to work from home. “It’s been great because I feel like I’ve been able to grow with the company even without being able to be in here every day,” O’Keefe says.

As RFP specialist, O’Keefe helps companies and groups decide what they are looking for in an artwork and then select an artist. Like Sikes, she is energized by the idea of helping artists thrive in their careers. With a degree in theater, dance and music, O’Keefe worked with a professional theater company for 10 years. She’s thrilled to still be working in support of the arts. “This idea that we start conversations and there’s a spark of an idea, and then years later you see it on a wall and you see people coming from all over and talking about it… it’s incredible,” she says.